Staff at the popular King West restaurant Fring's — best known for being endorsed by Drake — have reportedly been told the restaurant is closing.

It was Toronto restaurant industry doyen Chef Grant Soto, however, who made the first public announcement via Instagram Stories.

"I'm hearing a rumour that a King Street restaurant that I've long had a tumultuous relationship with is closing," he wrote around 6 p.m. "I'm not gonna say who it is yet. But on an unrelated note, here's a pic of some FRINGS."

A short time later, he followed up with this: 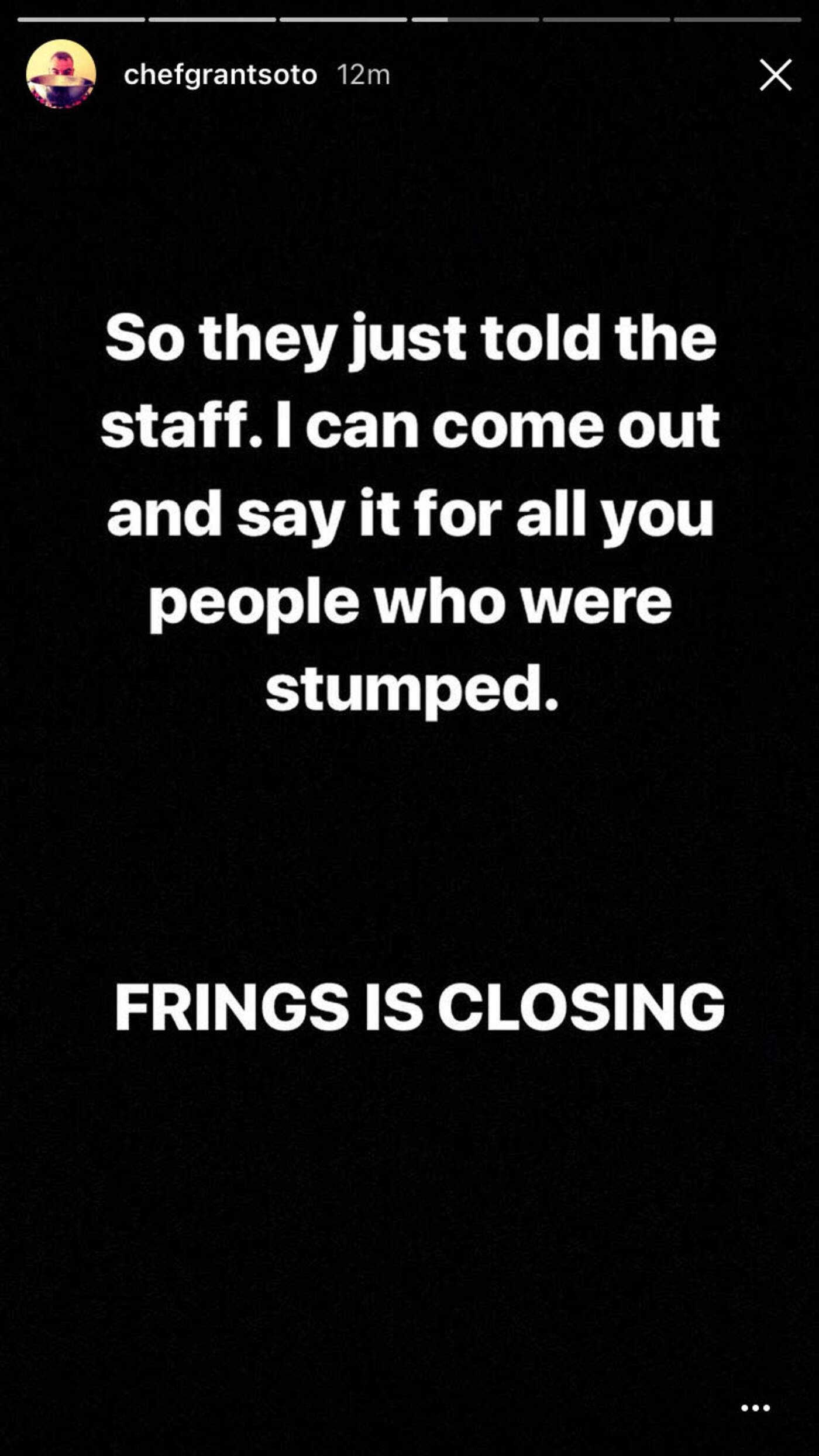 While much hyped when it first opened in the fall of 2015, Fring's has seen its fair share of trouble in recent years.

Most recently, three of the restaurant's owners — celebrity chef Susur Lee and his sons Kai and Levi Bent-Lee — came under fire for taking tips from staff members to pay for kitchen mistakes, spilled drinks and even dine-and-dashers.

As it turns out, Lee's "IOU Policy" was totally illegal.

Fring's also had its liquor license suspended last spring such for violations as exceeding capacity and promoting "immoderate consumption."

An official date for the closure has yet to be announced, but the restaurant remains open as of Friday night.