5 giant foods you can eat in Toronto

The giant foods you can eat in Toronto are monstrosities of nature, and oddly that makes us want to eat them more. It's not likely you'll be able to eat these in their entirety, but as they say, go big or go home – with a doggie bag, of course.

Here are some giant foods you can eat in Toronto.

Ever the fan of doing outrageous things with pizzas (like topping a pizza with littler pizzas), this Scarborough bakery does slices five times bigger than the average. At 24 inches, this thing is a weeks-worth of meals. 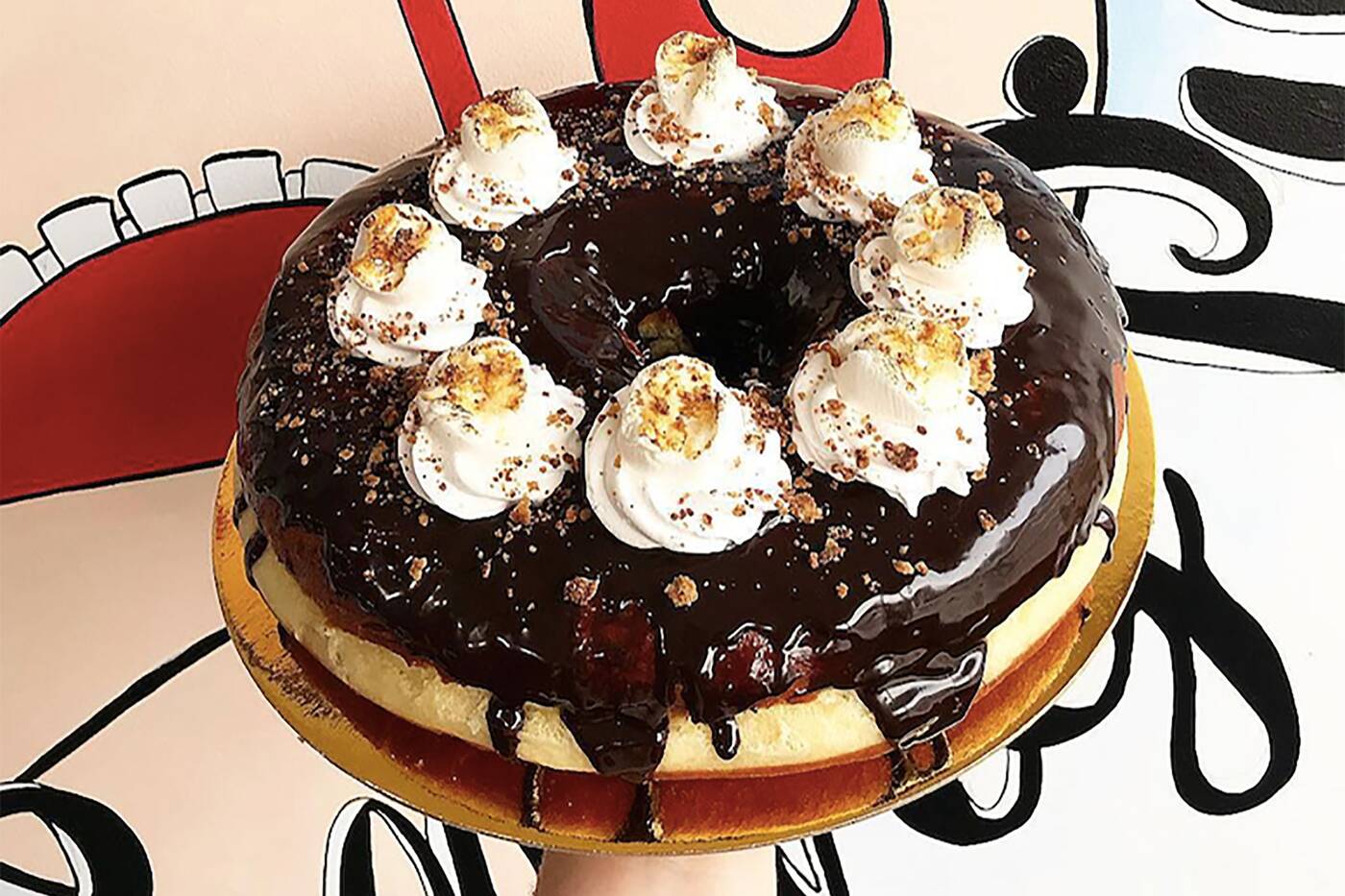 Huge donut at The Rolling Pin

Festive donuts the size of cakes will change the way you celebrate birthdays forever. This bakery at Avenue and Lawrence stuffs their 10-inch donut cakes with sweets like chocolate custard and lets you customize messages with every donut pun you can think of. 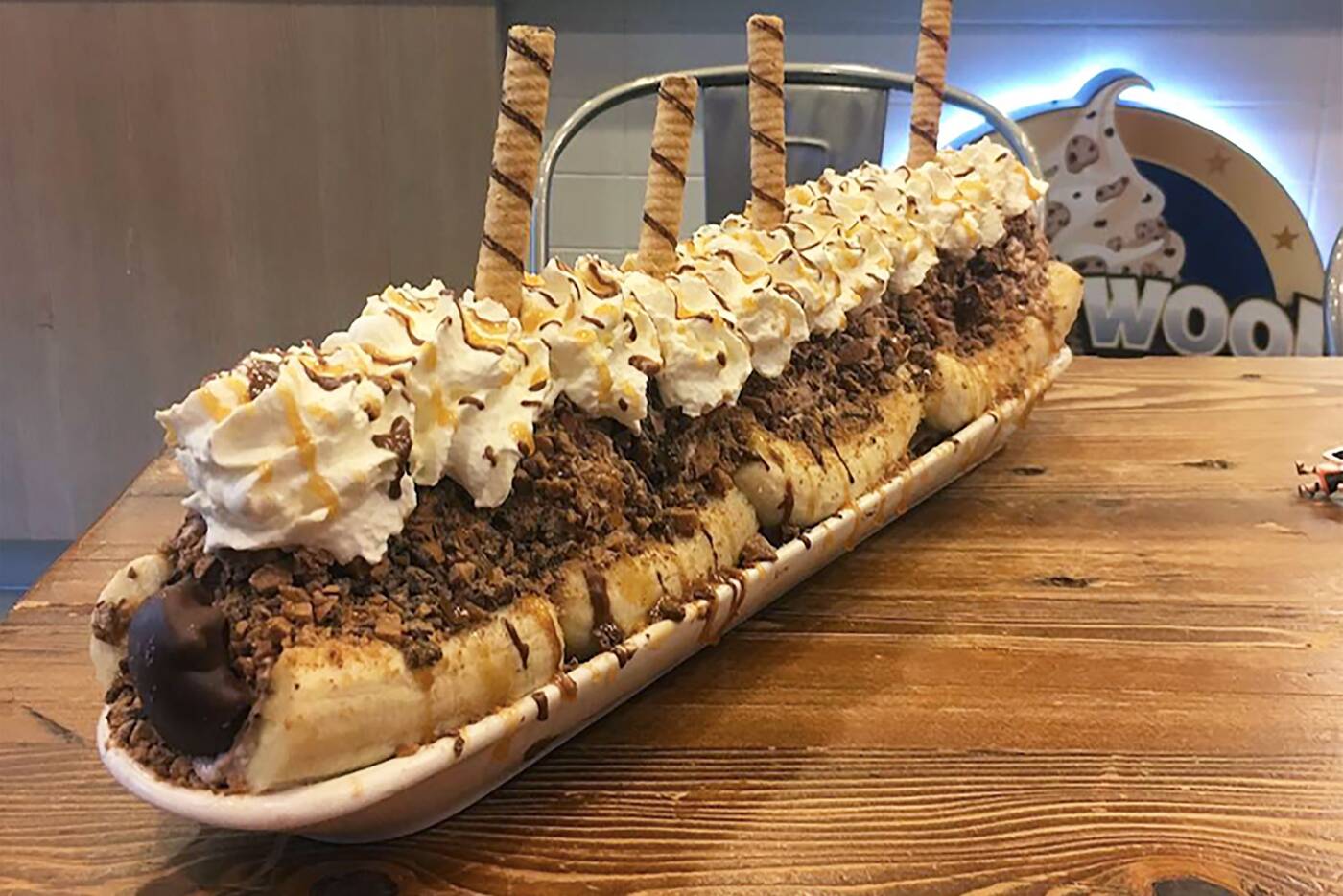 Some things are too garish to even imagine eating, yet West Queen West’s most indulgent ice cream shop seems to have no bounds. Their 18-inch banana split that weighs over five pounds comes in four different flavours like Oreo and Reese Wheresmyspoon. 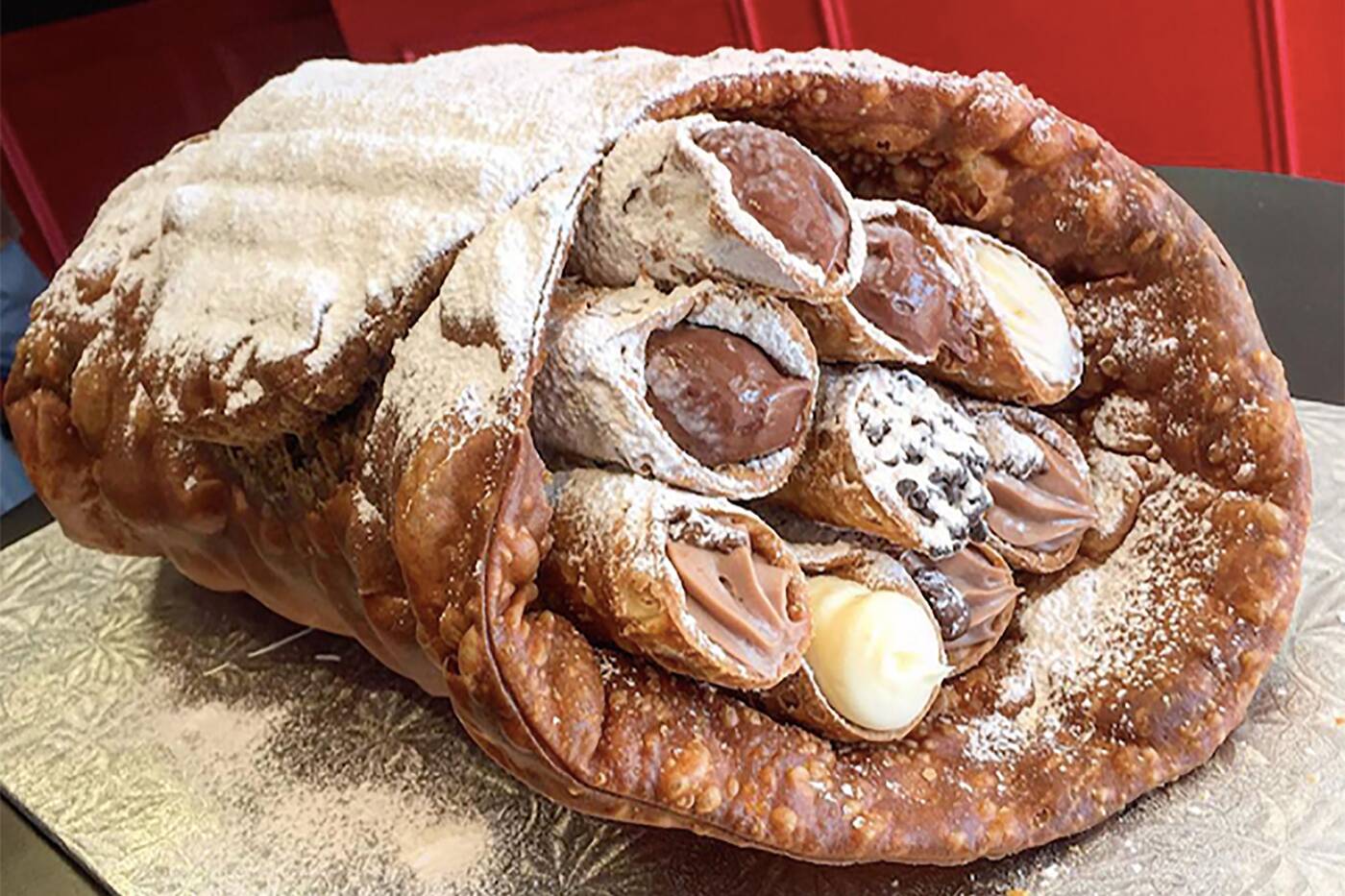 Big cannoli at The Big Cannoli

As perhaps the most meta dessert ever, this Vaughan bakery stuffs a huge cannoli with up to 40 other little cannolis. They come in flavours like like traditional ricotta and pistachio and weigh about the same as an average newborn baby – 7 pounds. 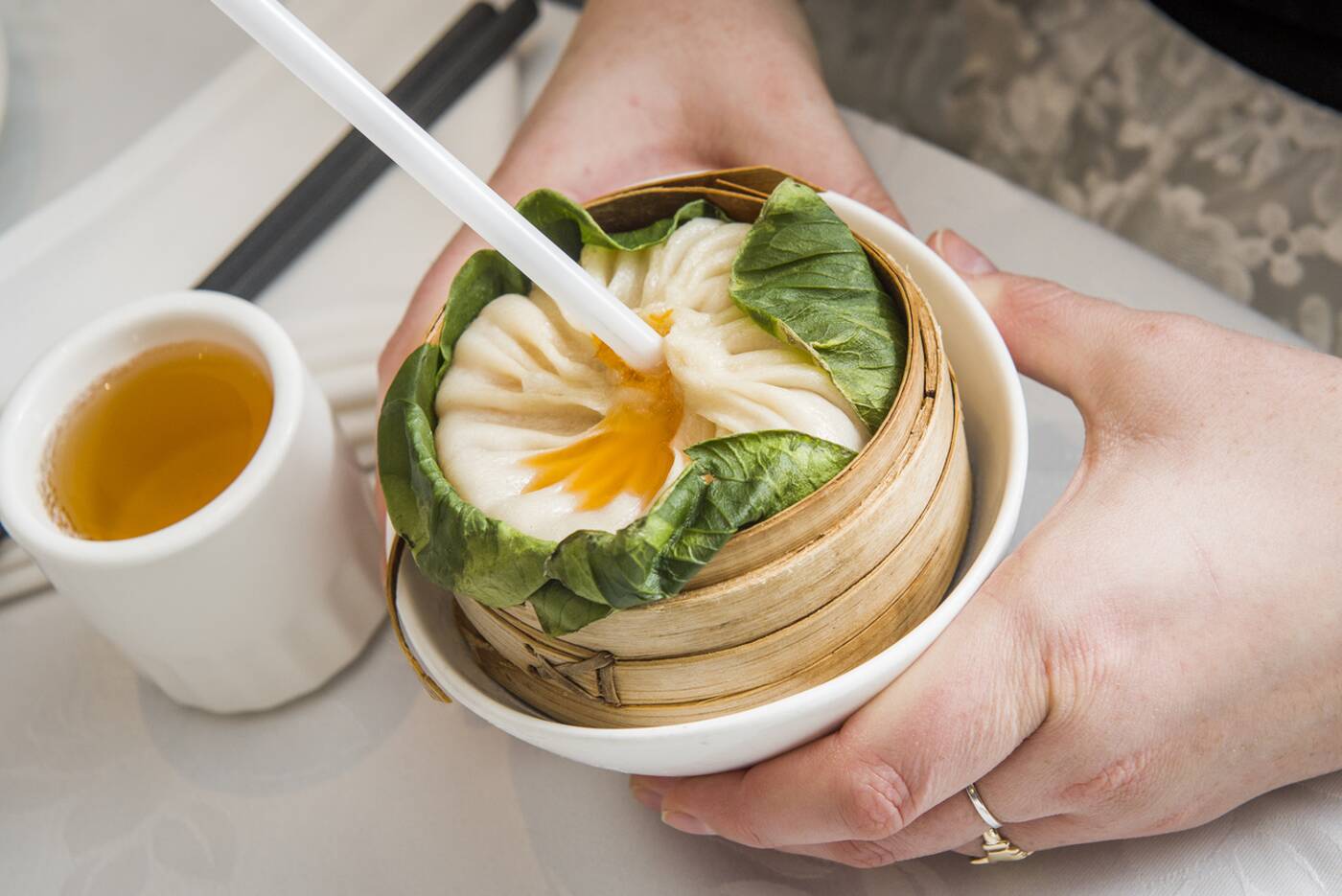 They may seem comparatively smaller than everything else on this list but in relation to the size of a regular dumpling, the steamed buns from this Richmond Hill spot are huge. Use the straw to drink the soup inside and leave the shell untouched – they’re not really for eating anyway.