Here's something you don't hear every day in a city of millions: a downtown Toronto Starbucks location is being replaced by a local indie cafe.

Oliva, an organic coffee and fresh-to-go food spot near Yonge and Sheppard, will be opening its second location "soon" at 132 Front Street East in the St. Lawrence Market neighbourhood.

The Starbucks store at this address, lovingly referred to by employees as "Front & Frederick," closed quietly last week, much to the dismay of loyal customers and their favourite baristas.

Starbucks closing in less then 30min here at Front St E and Frederick St. Will be missing these people that have served me coffee and smiles for ever!! #starbuckscanada #torontolife #sucks #lifemustgoon

This isn't necessarily an unusual move for Starbucks, which, like most international chains, opens and closes stores in all of its markets with some regularity.

In January, the closure of a Starbucks store at St. Clair and Dufferin sparked a period of mourning for an entire neighbourhood.

Then, last month, the Seattle-based coffee giant opened up one of its huge, ultra-premium Starbucks Reserve Coffee bars in North York – the third ever of its kind in Canada. 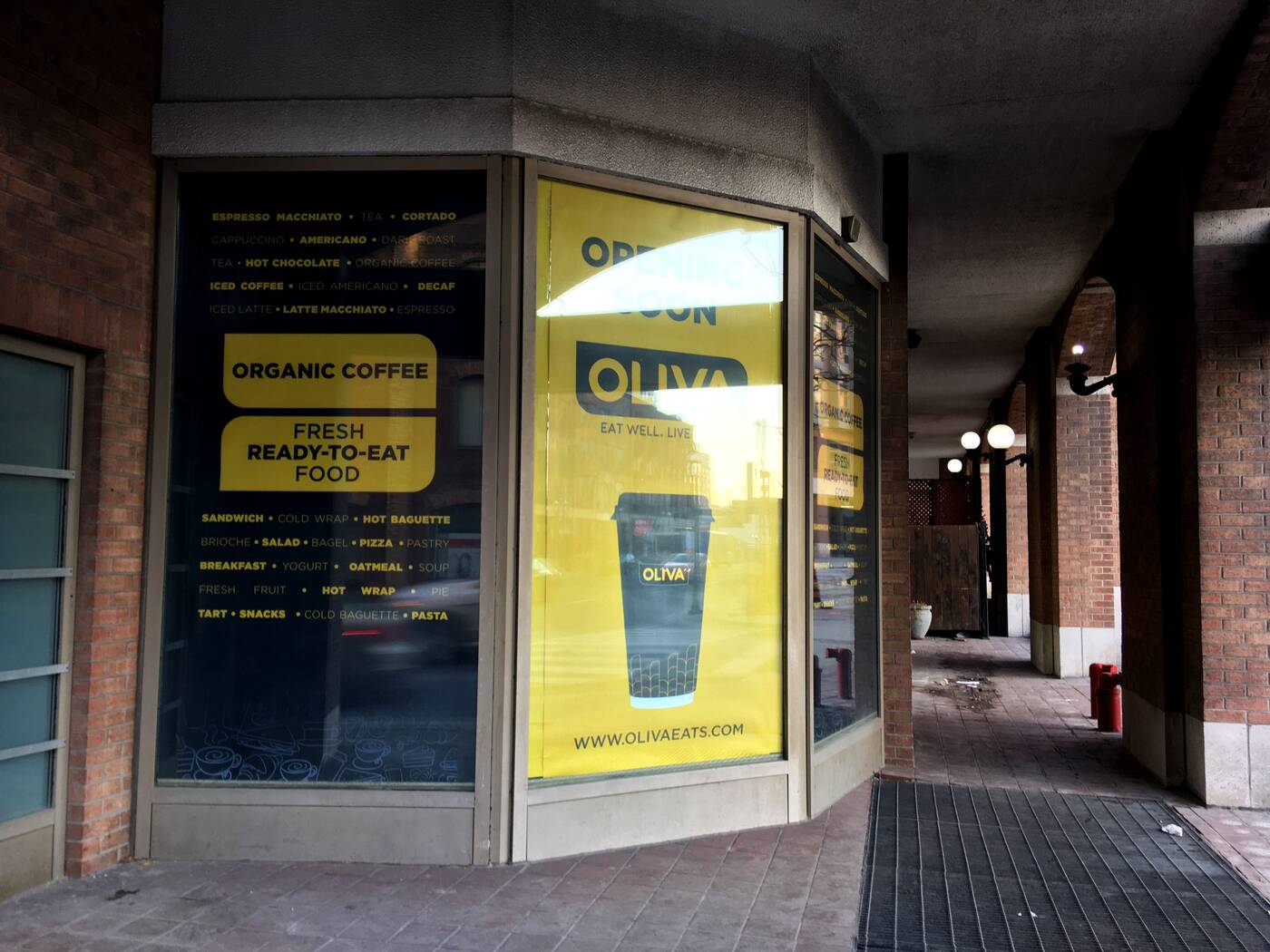 Ours is, indeed, an important market for the U.S. retailer, judging by the fact that its new, much-hyped "handcrafted tea latté" line can currently only be found in Canada.

The Starbucks at Front and Frederick will be missed by some, surely, but it's also cool to see a local business expanding into a space formerly occupied by a corporate juggernaut.

Oliva doesn't have any of those hip new millennial-pink "Blossoming Rose Tea Latté" things, but rumour has it their food is incredible. To the best of my knowledge, Starbucks doesn't do fresh mortadella and provolone sandwiches.