Starbucks Reserve Coffee is the global chain's premium cafe offering where small lot coffees and specialty brewing methods are featured in a space bigger and better than your average Starbucks cafe.

This Toronto location is the third in Canada, joining others that have opened in Vancouver and Ottawa. 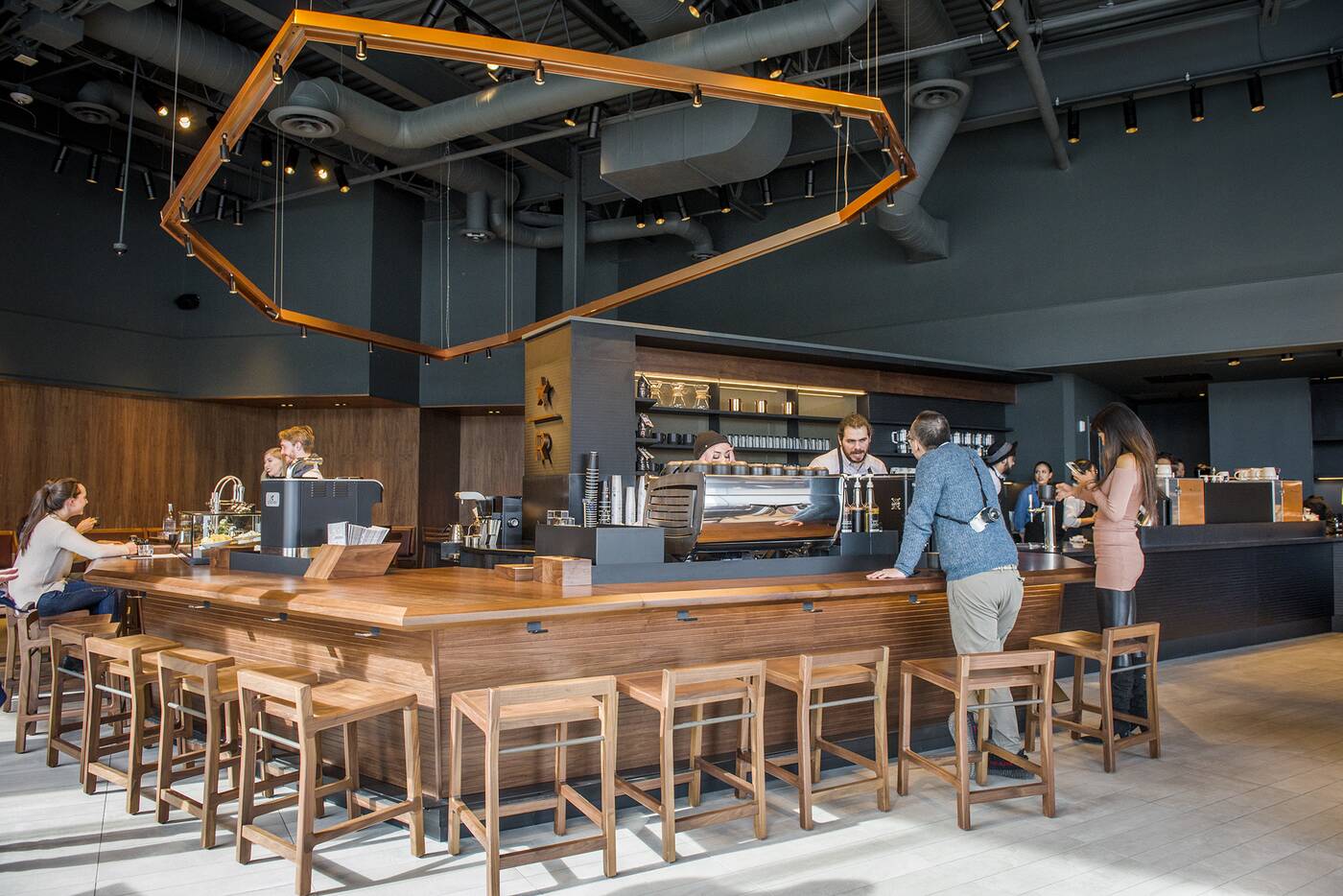 The 3200-square-foot space is about two and a half times larger than your average Starbucks store. 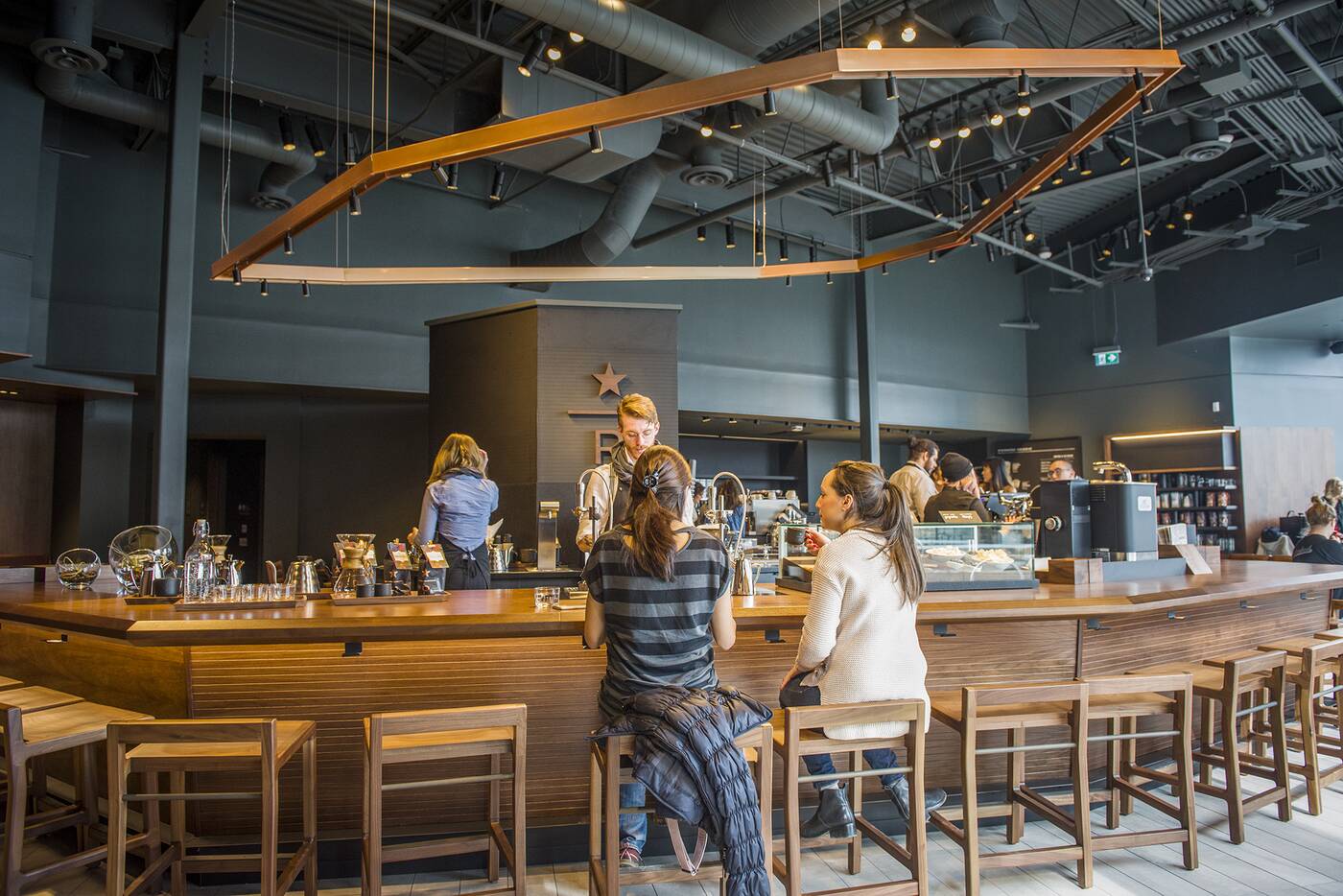 The inviting, lab-like bar is the perfect place to indulge curiosities about coffee and chat with baristas who are all designated or close to being Coffee Masters. 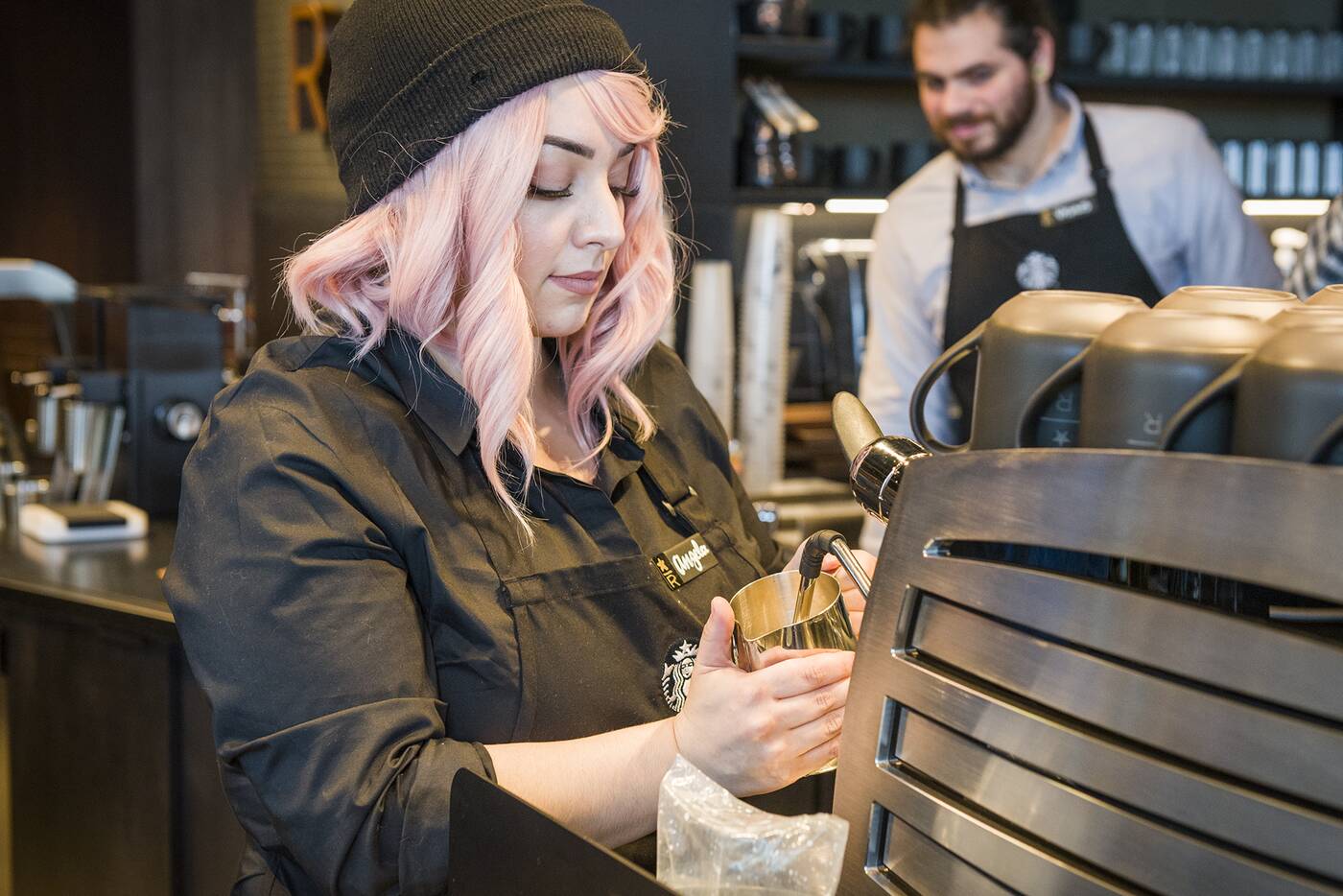 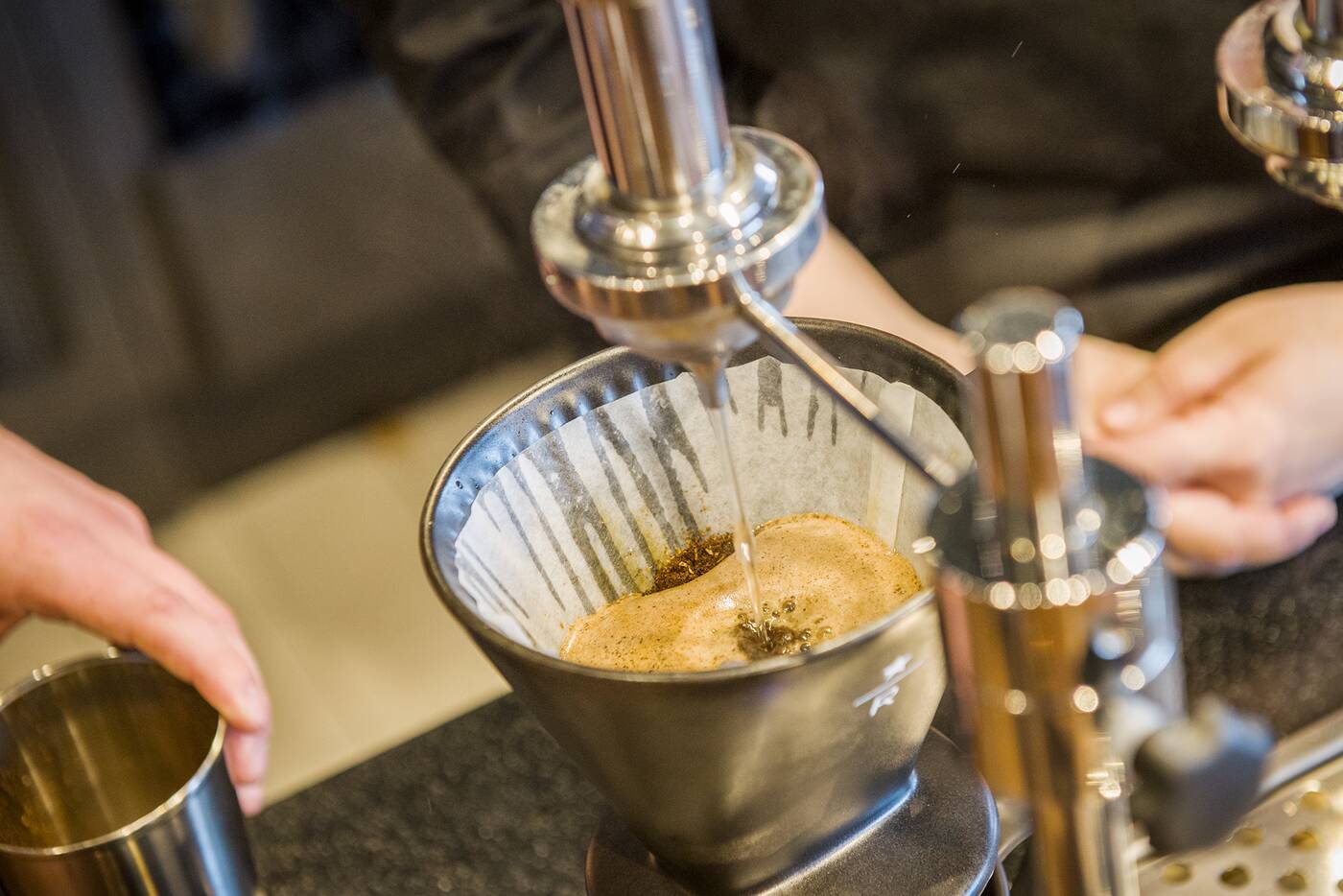 This is the only Starbucks reserve in Canada to have a Modbar, a pourover system created by Modular Brewing Systems. The station is divided into separate aesthetically appealing taps with all the hardware under the counter, pourover nozzles making it easy to control the brewing process. 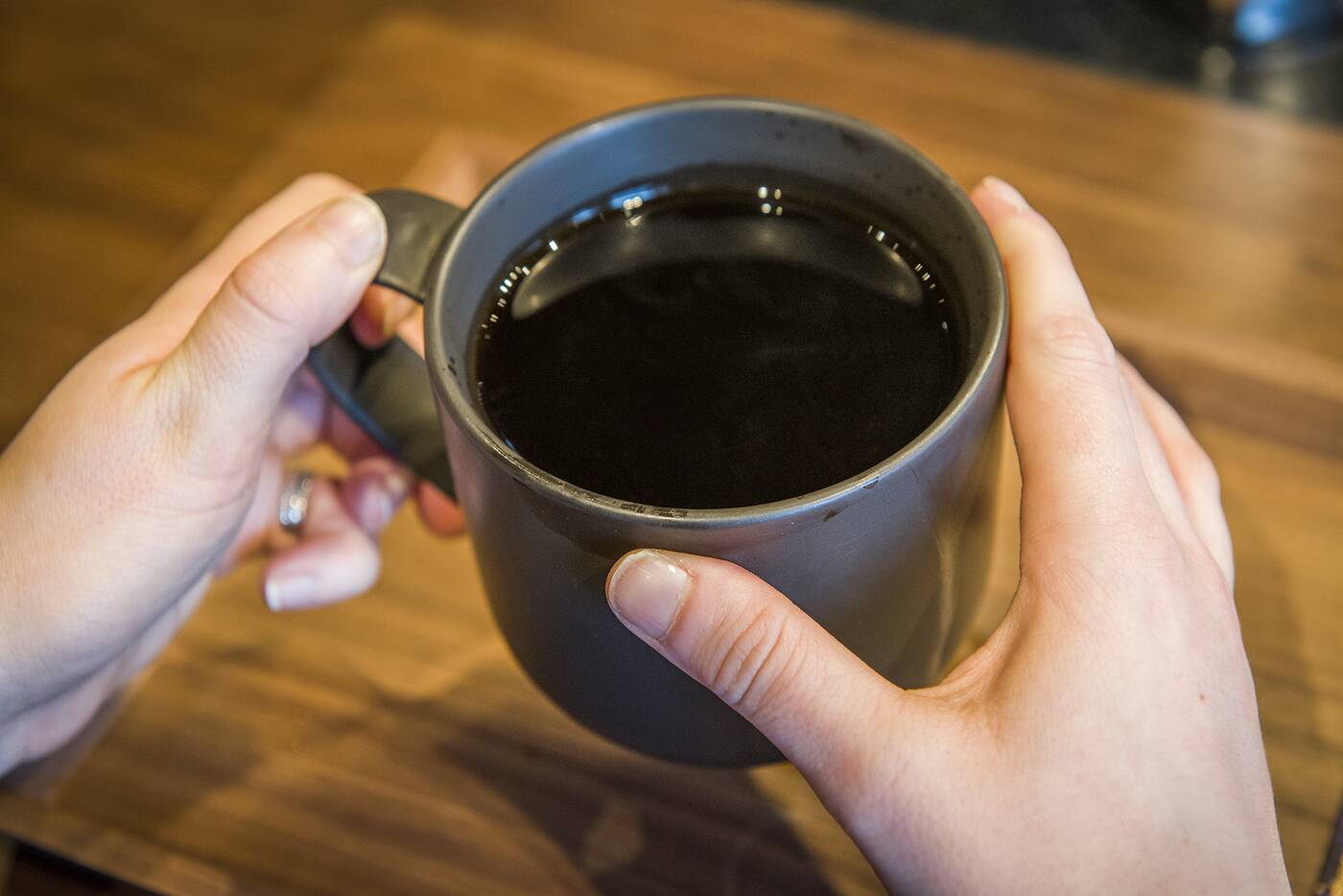 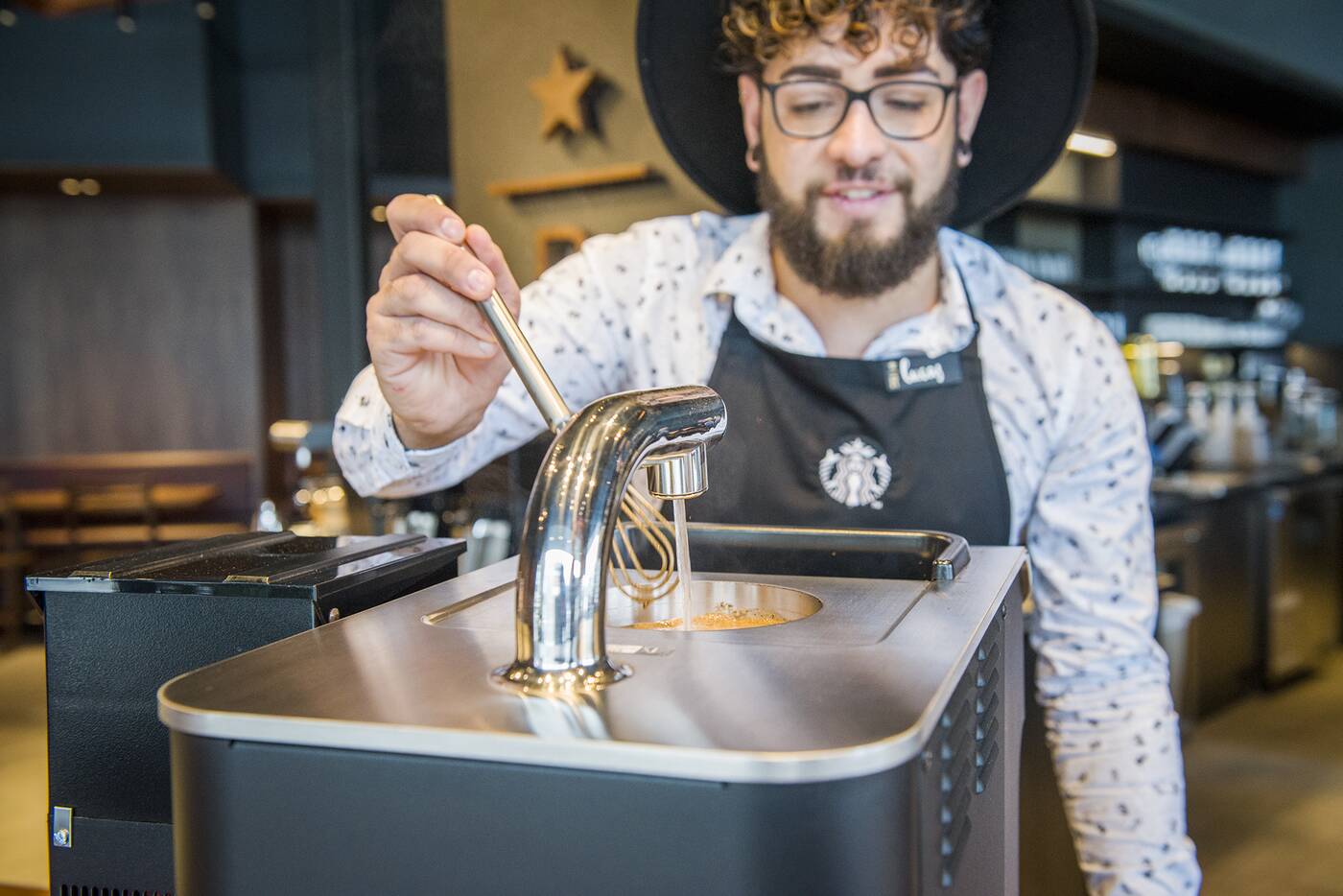 For example, there’s also the Clover, a highly advanced, extremely pure brewing method. It’s programmed to the internet to bring out the best flavour for each coffee by adjusting measurements and temperatures. 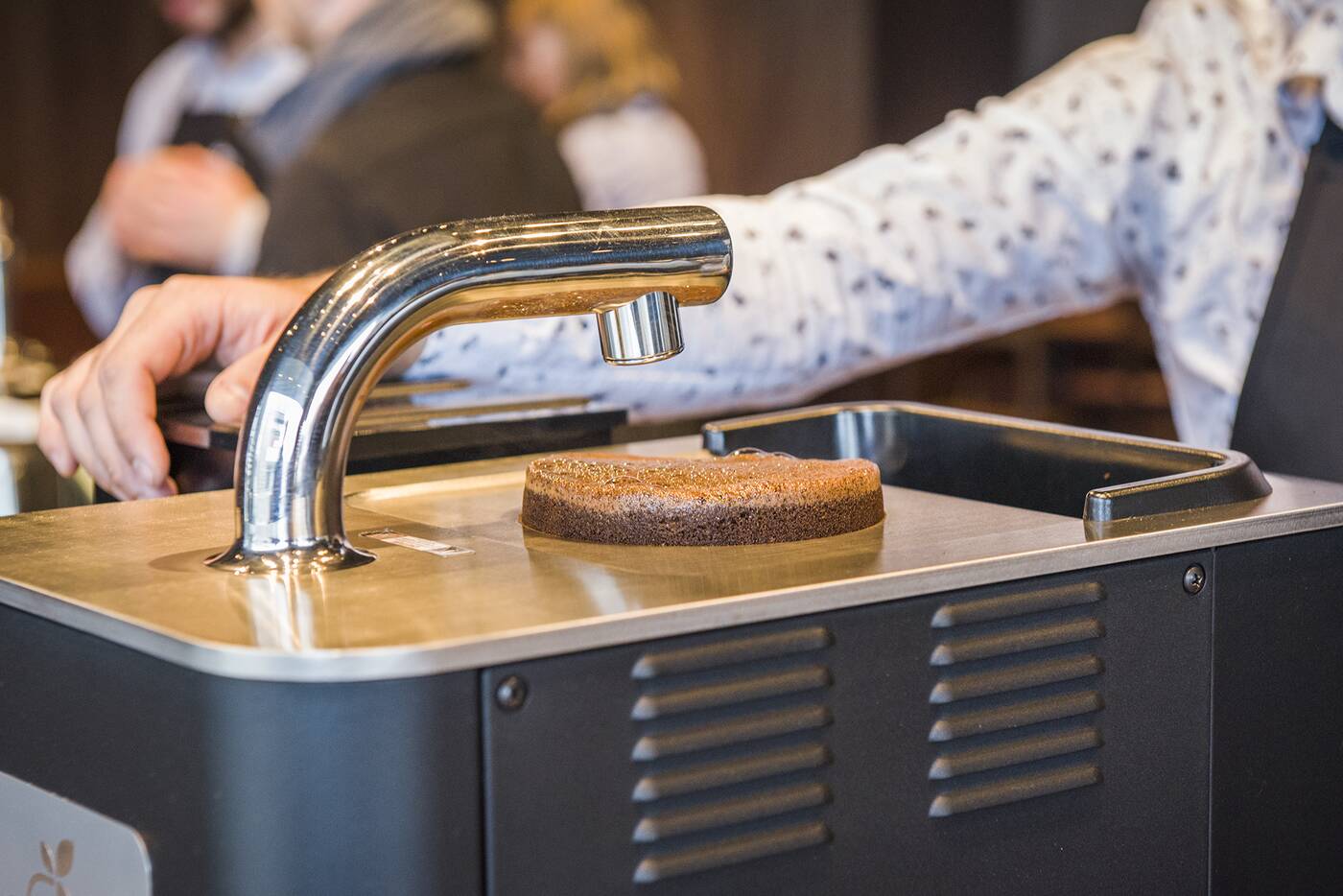 In fifty seconds, the coffee is steamed and sucked through a very fine metal filter with a vacuum. 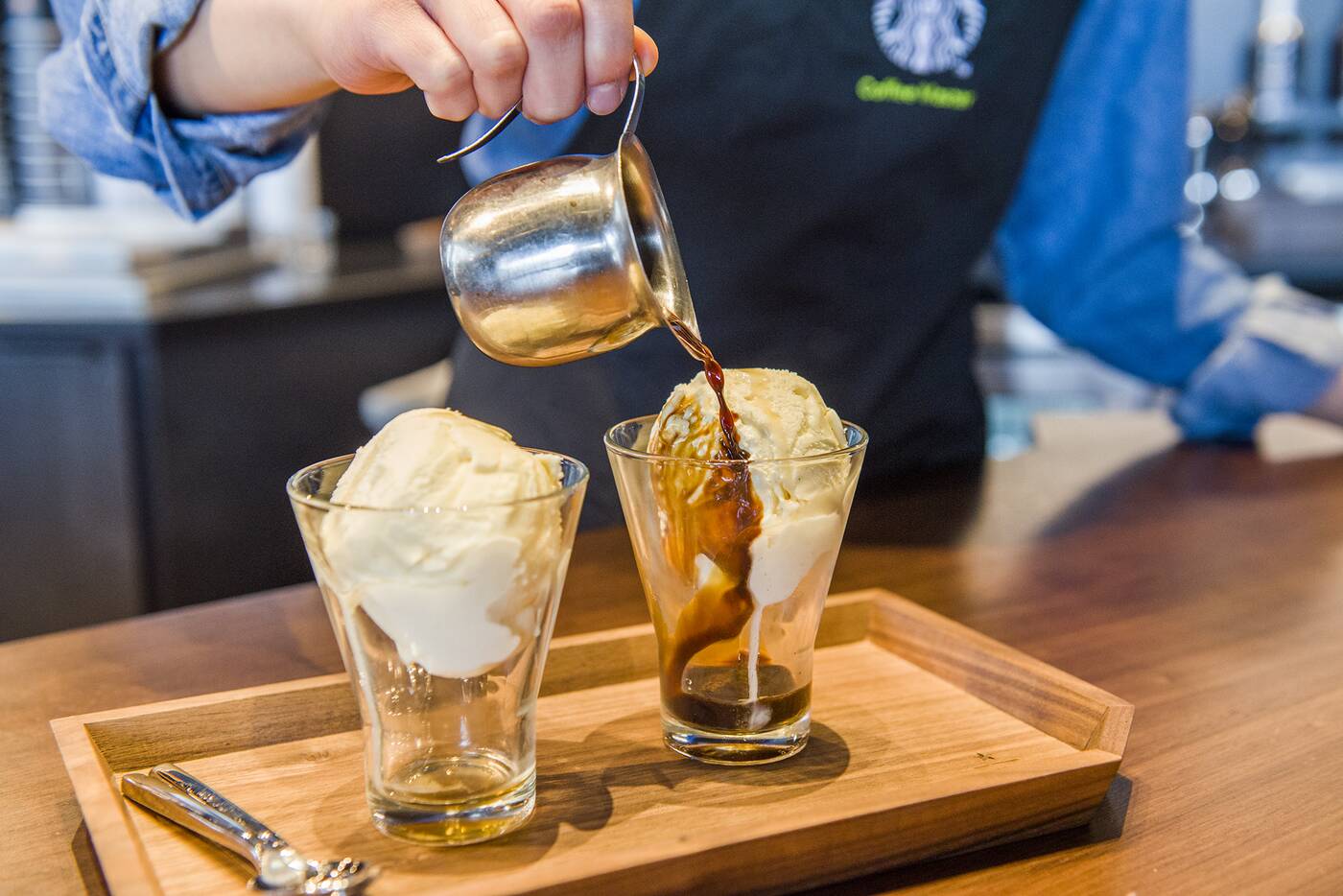 The Affogato ($6.50) is a specialty menu item only found here, two shots of small lot espresso poured over vanilla ice cream. The original is creamy and subtle with a big pop of coffee flavour, and a ramped-up version takes it to the next level with demerera syrup and cinnamon on top for more boldness and spice. 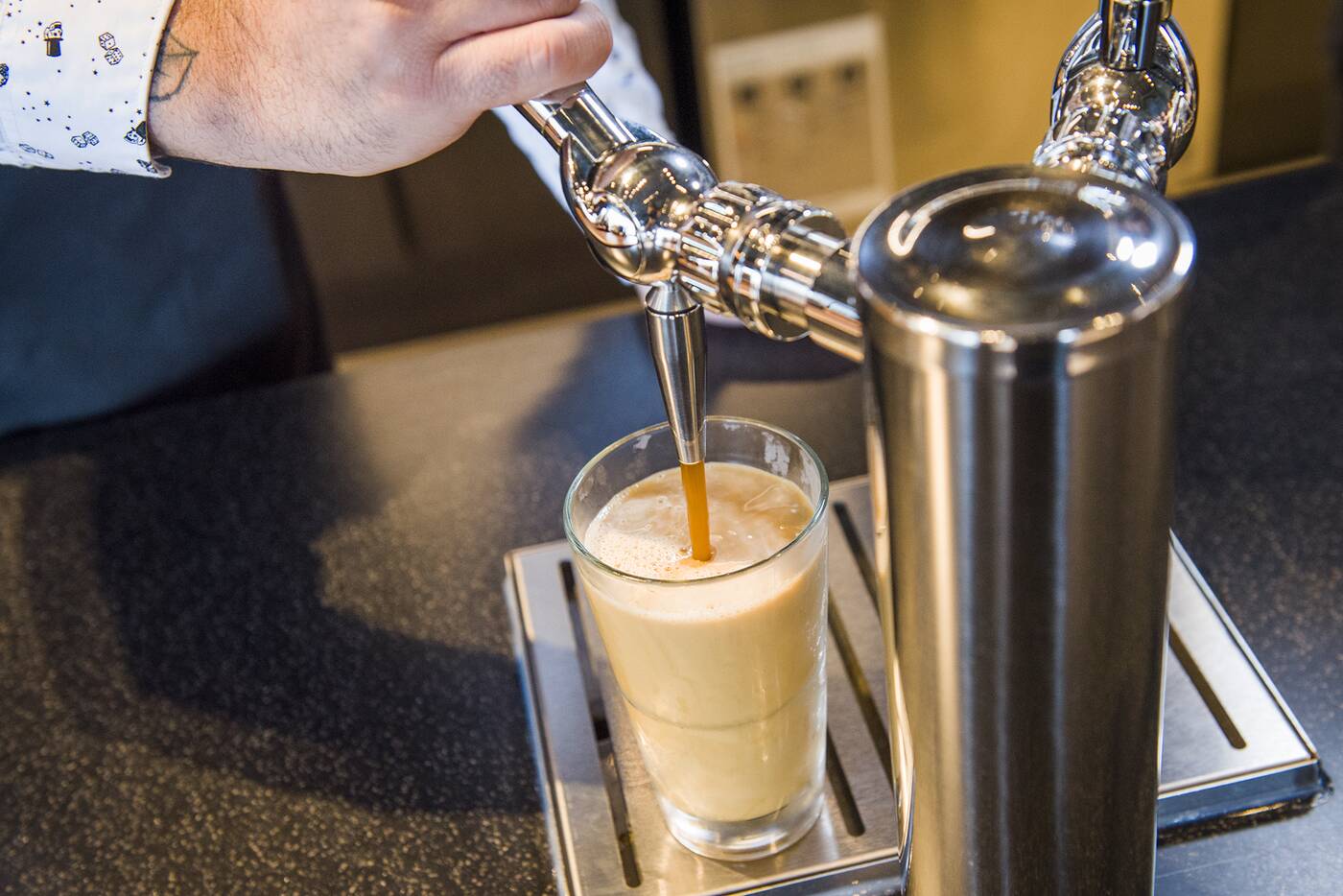 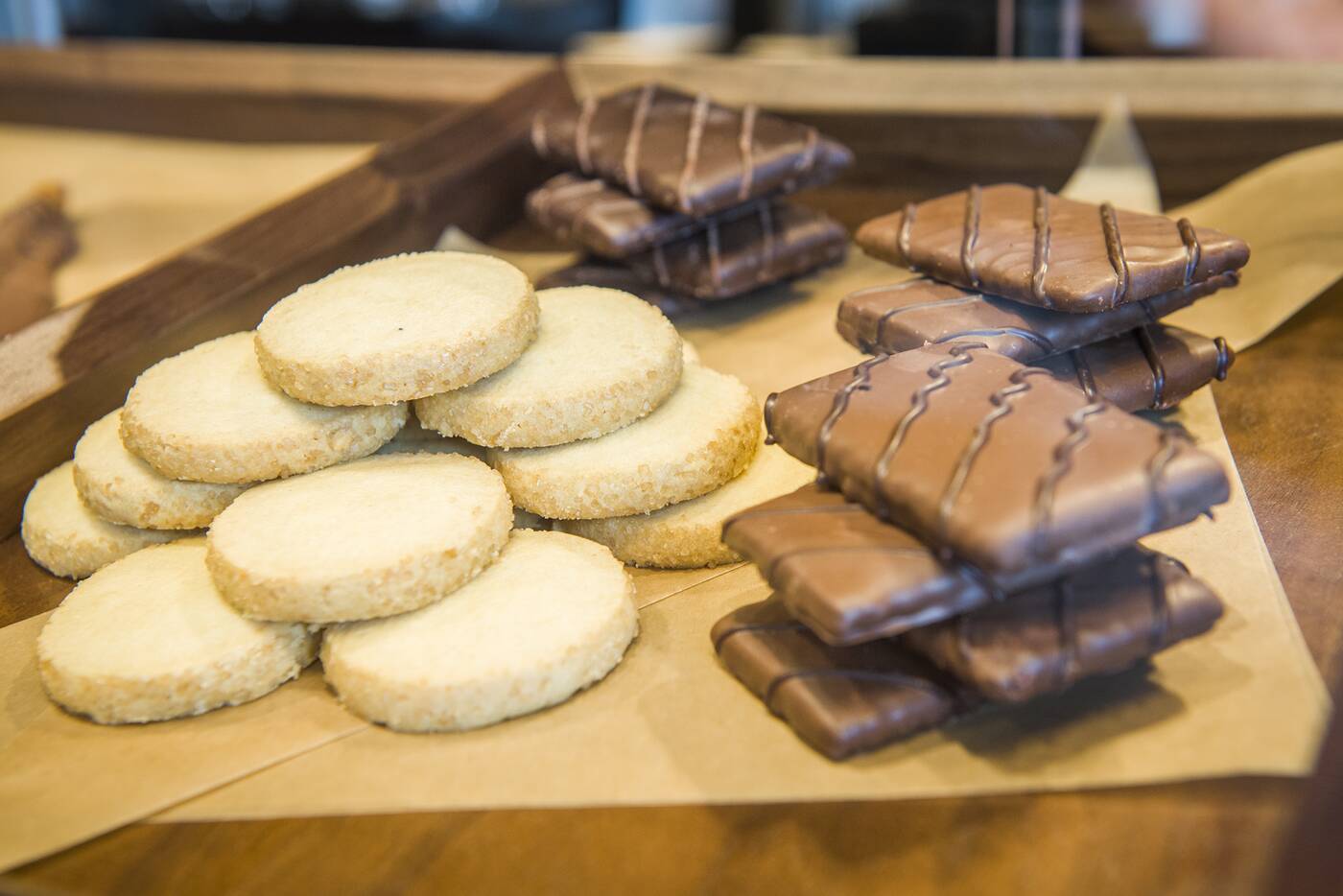 The regular Starbucks food menu is available here so you can still get your chocolate-covered pretzels. 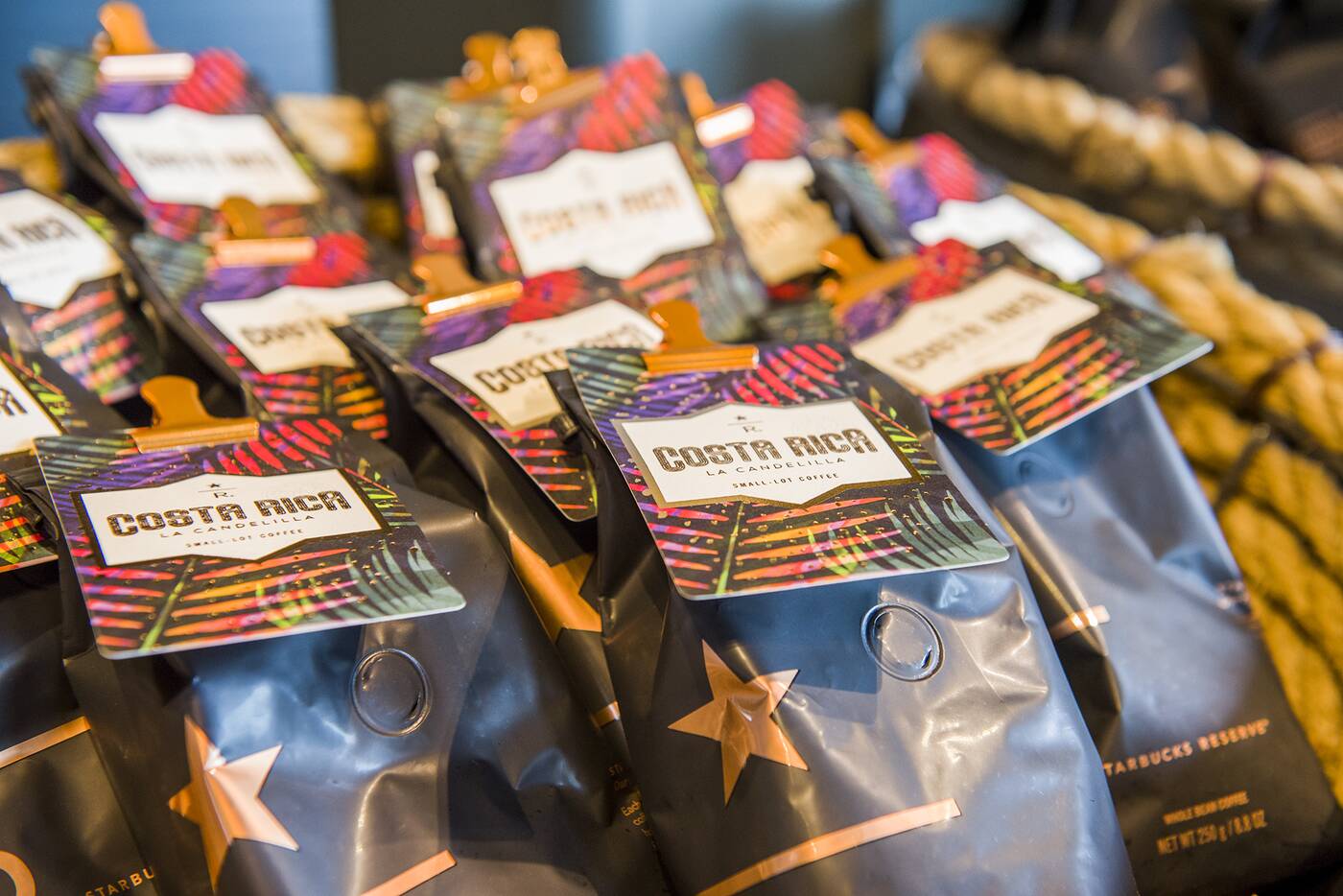 Half-pound bags of Reserve coffees range in price from about $15 - $20 all the way up to $39.50 for their most expensive bag, Jamaica Blue Mountain. 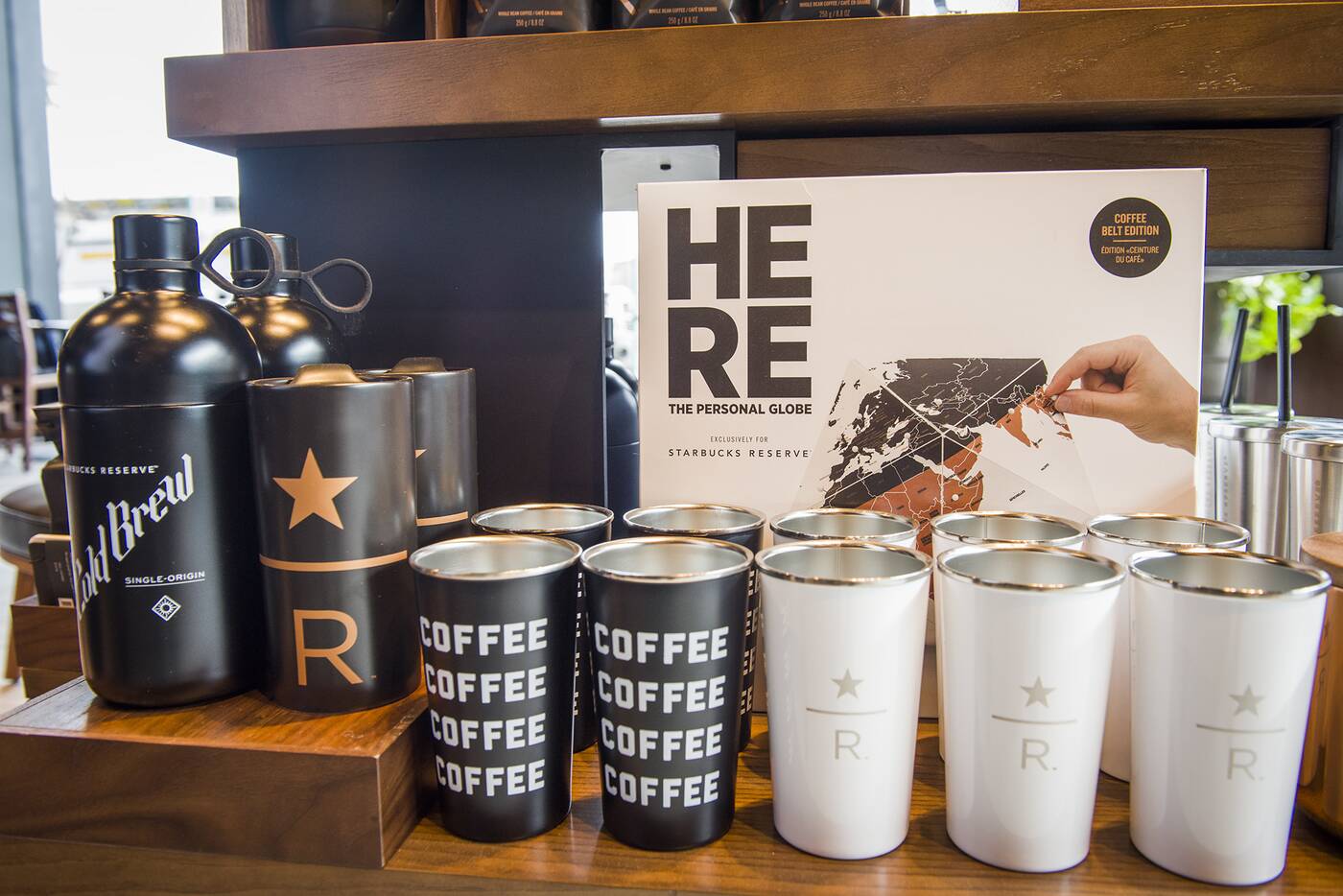 A couple more unique products are available here than at your average Starbucks, including items marked with the Reserve logo like portable mugs, though you’ll have to shell out over $20 for one.

A special cold brew container is over $50, and a cool paper globe is around $70 though it does allow you to keep track of personal experiences with special markers. 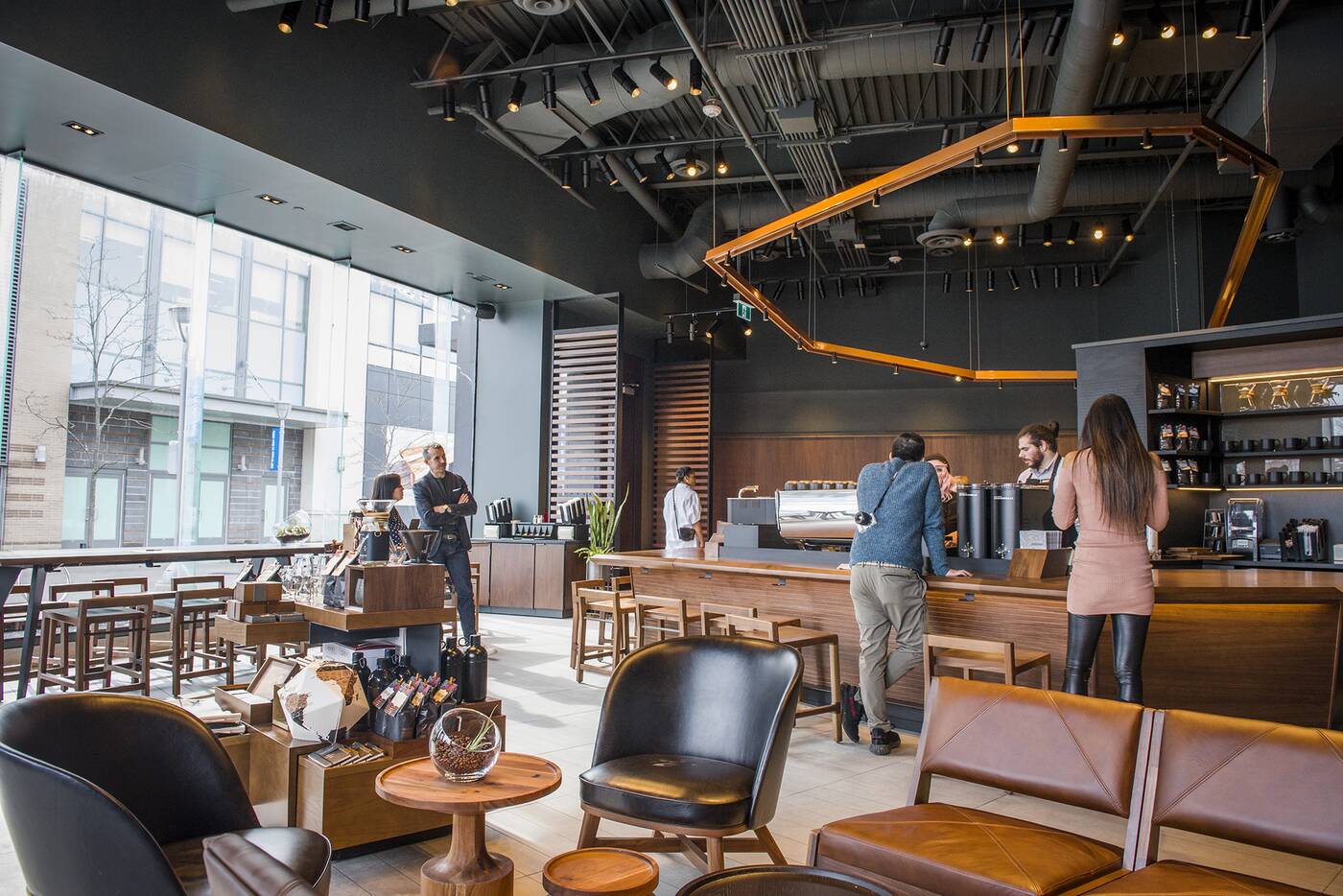 Six to eight rare coffee blends at a time are usually available based on season here, meant not only to be a stage for coffee, but ultimately a community centre. 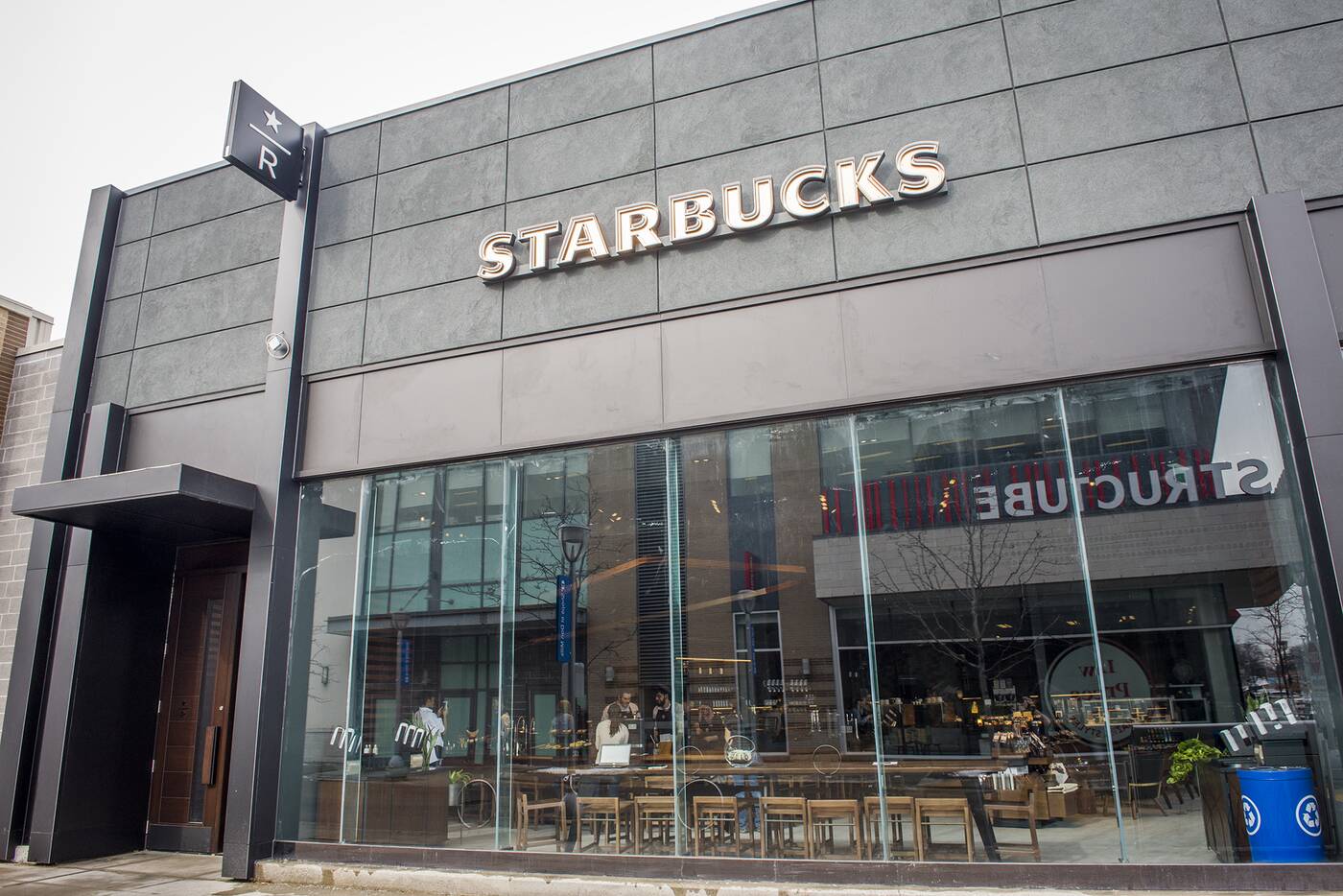