The NBA superstars just happened to be in town this week ahead of Thursday night's Raptors vs. Cavaliers game – and what better way for Drizzy to test out his latest hometown restaurant venture?

James, Wade and Drake himself were spotted at the latter's mysterious new restaurant, Pick 6ix, near Yonge and Wellington on Tuesday evening, along with various other members of the OVO crew. 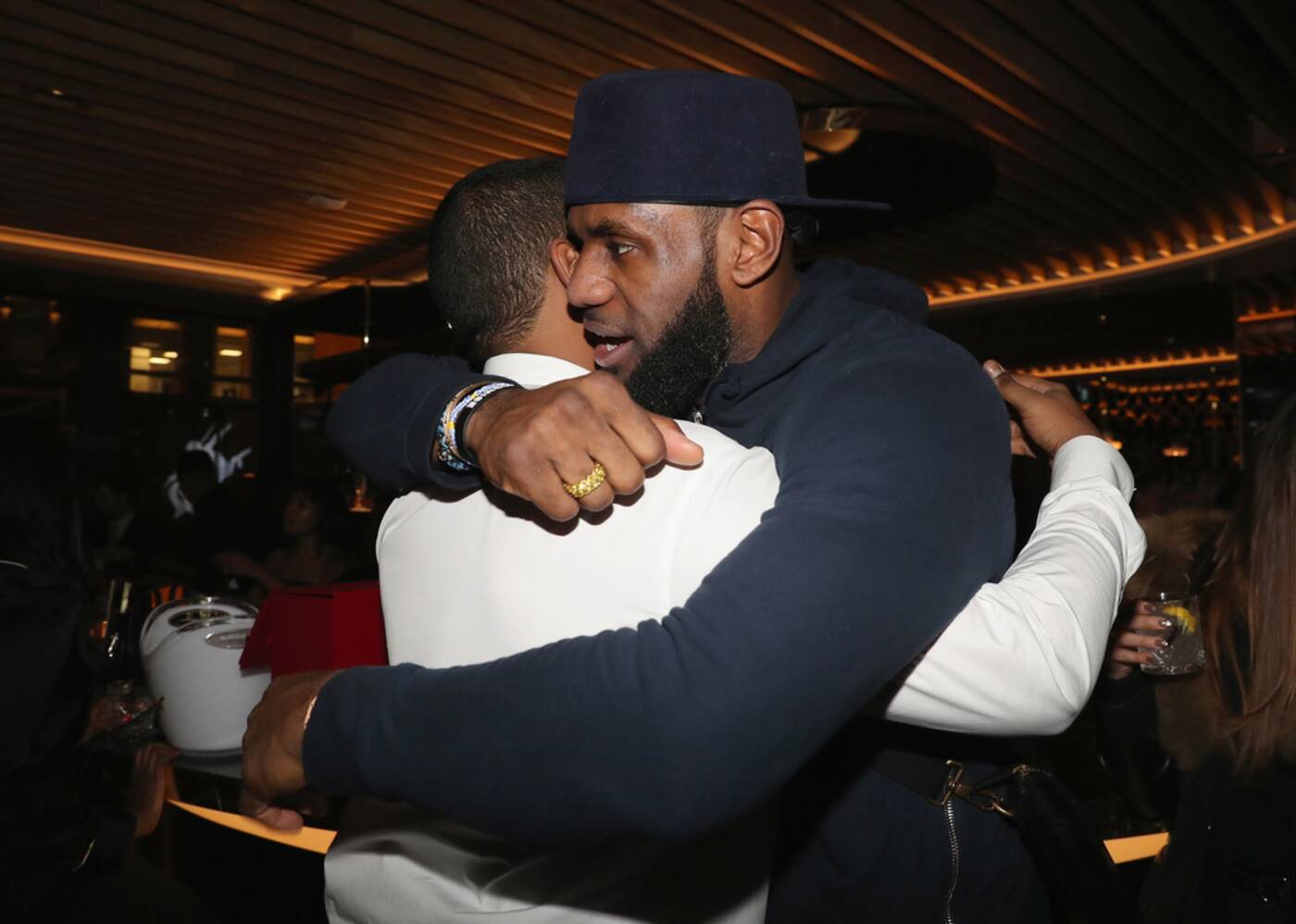 Don't feel like you missed an opportunity to meet your heroes though, Stans – the restaurant isn't even open yet.

On top of that, nobody outside of Drake's crew really knows what it is just yet. A sushi restaurant? A sports bar? A swanky celebrity supper club? All of the above? 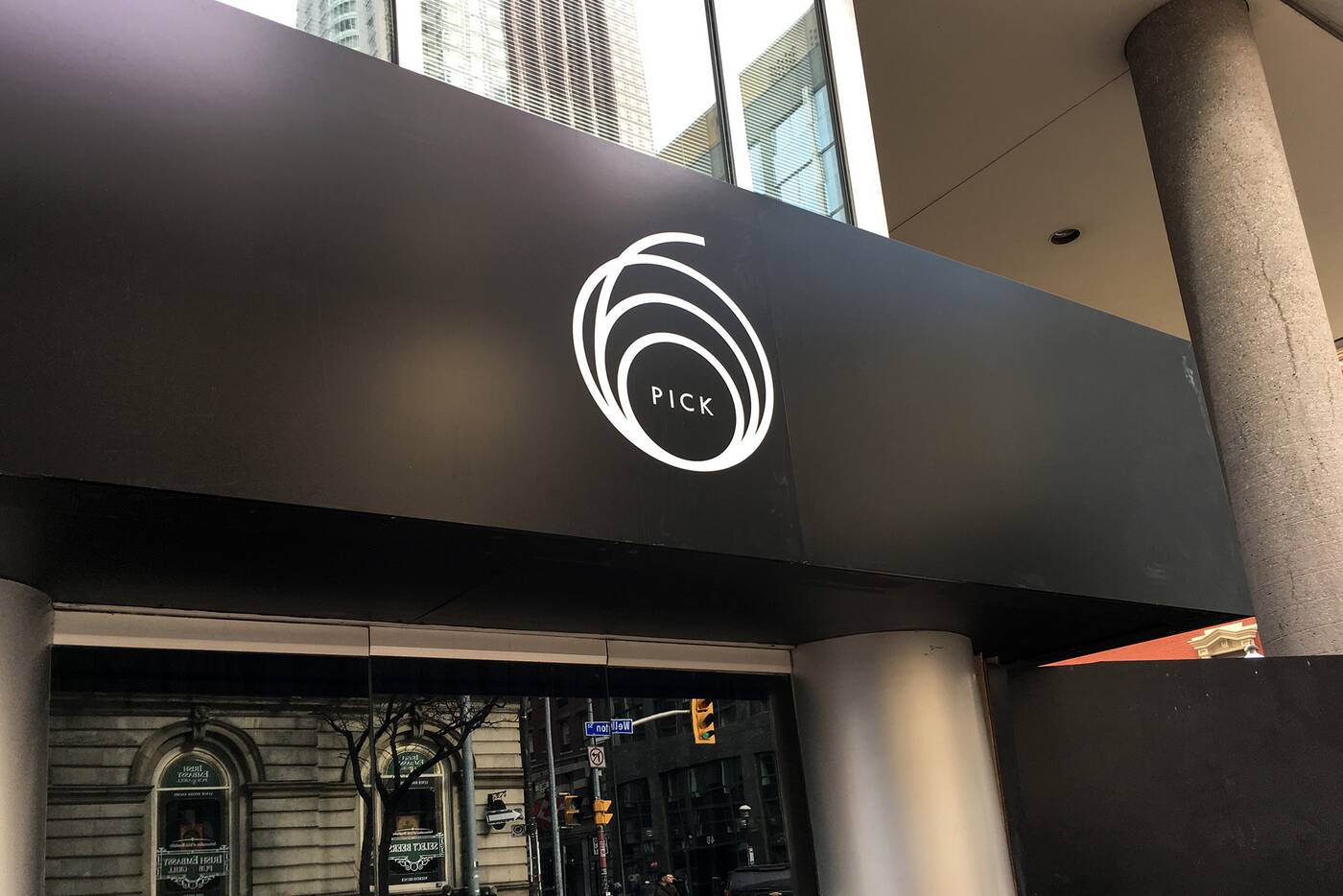 The restaurant will host an official grand opening party this evening, Jan. 10, according to a press release from Rémy Martin, which co-sponsored last night's bash.

[UPDATE: A PR rep for Pick 6ix clarified that an opening date has not yet been set for the restaurant. The rep says that Rémy Martin "did not have the correct information" and that Pick 6ix will open near the end of January "at very earliest."] 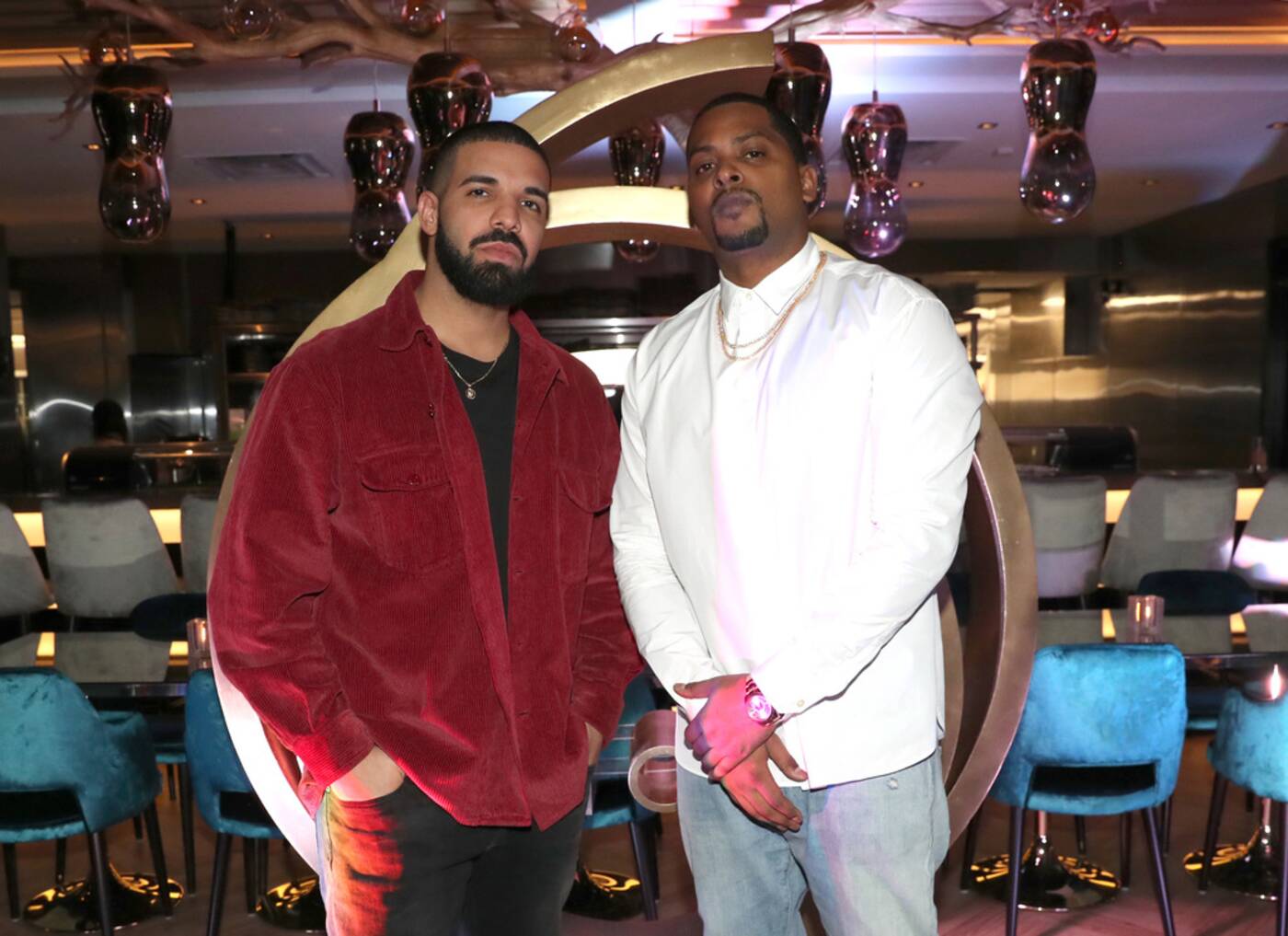 As of Wednesday afternoon, black and gold OVO-branded cladding remained in place outside the restaurant.

Dark black curtains were drawn around every inch of window space, eliminating any opportunity to peek inside ahead of the venue's launch.

Last night's party pictures did, however, reveal tons of gold accents, a giant number 6, and many velvety, teal chairs. Cool.