It seems like just yesterday that cat lovers everywhere were celebrating the opening of Toronto's first cat cafe. But as of earlier this month, TOT Cat Cafe has officially closed.

A notice was posted inside the window announcing the closure, effective November 8 but owners suggest they'll be opening "new locations(s)" sometime in the future. 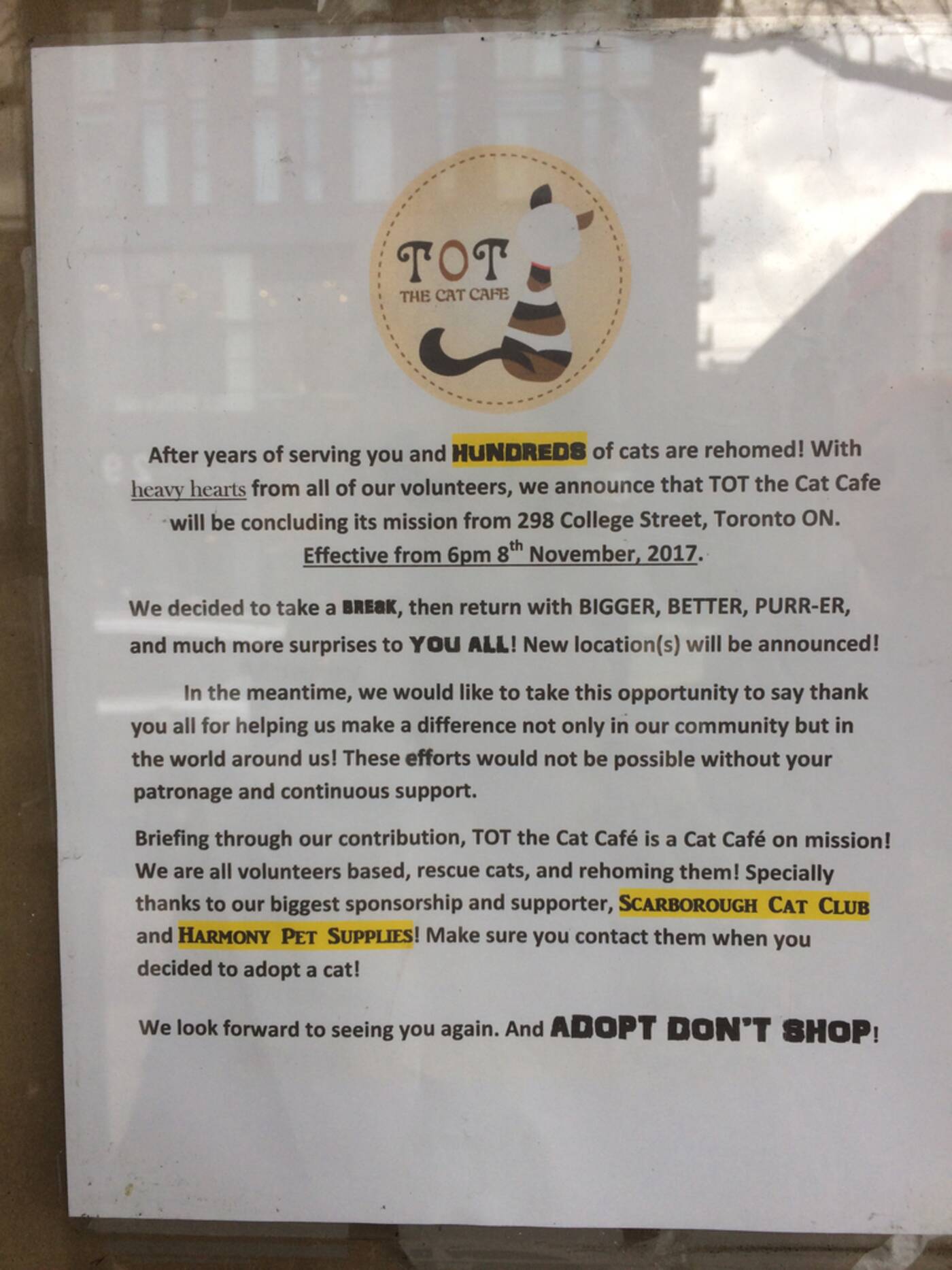 The cafe has not been with its controversy. Last year, the Toronto Humane Society became involved after a former employee posted to Facebook a note that detailed the allegedly poor conditions the cats were subjected to.

Not long after that, the cafe was on the market and apparently purchased by new owners.

Cat lovers need not fear, however, as Meow Cat Cafe on Mount Pleasant is still here to serve all of your cute kitty needs.