Last July a much-loved Toronto restaurant closed its doors leaving a vacant space ever since. But yesterday, Leslieville residents noticed something peculiar posted in the darkened windows: a well known quote from Denzel Washington.

The posters mysteriously appeared at the former home of Saturday Dinette at the corner of Logan Avenue and Gerrard Street, and they have some people trying to decipher their meaning. 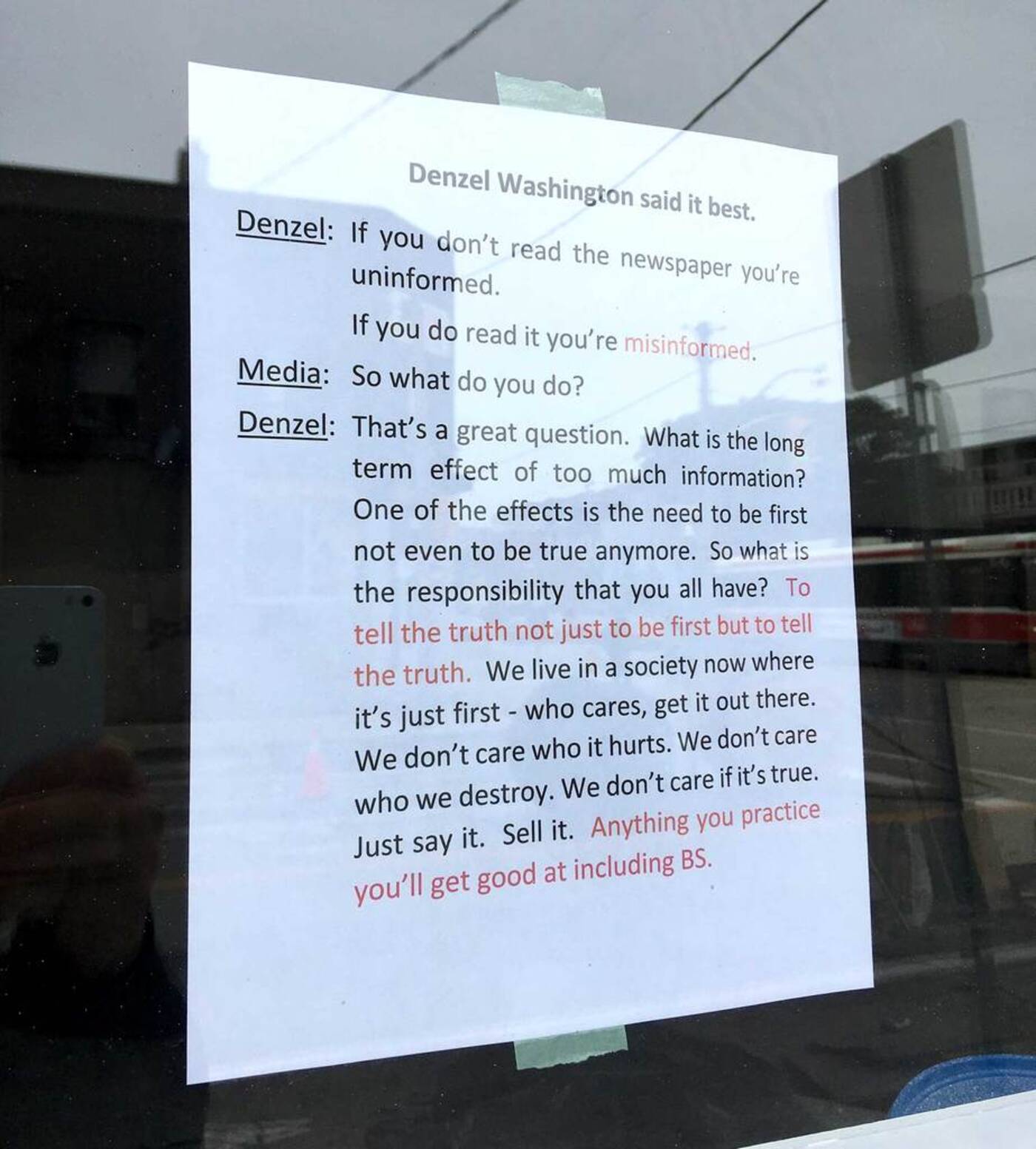 The quote is taken from a 2016 interview with Washington after he was asked about his thoughts on the rise of fake news. He delivered his response in charismatic and eloquent fashion.

Commenters speculate that the posters have something to do with the unceremonious fallout between the owners and the landlord. At the time of its closure, the diner issued a statement that hinted at a troubled relationship with the owner of the building.

The Dinette Has Closed It's Doors! After a longstanding battle with our landlords we no longer could operate it as a safe haven for our friends, guests, staff and family. We could no longer muster the energy to operate out of a space full of intimidation and intrusion! Thank you all for the support and lending ear! Not finished yet ... Suzanne can be found as Chef In Residence at the #gladstonehoteltoronto and at the opening of Kid Chocolate Lunch Counter & Bar opening this summer. Love and Peace to all!

The notes, notably posted from inside the space, show parts of Washington's answers highlighted in red, suggesting whoever posted them wanted to draw attention to the issue of fair media representation or perhaps the dangers of being misinformed.

Still, it's hard to know exactly what's going on, which is what makes the mystery so compelling.