Dang Good BBQ smokes their own meat on four wheels. Good barbecue is in no short supply in this city, but now it comes to you. Specializing in ribs but also smoking brisket covertly in a parking lot starting early in the morning, this is fast street food with real time put in.

Dang isn’t just what you say when you bite into the offerings here, it’s also the first name of owner Dang Quach. He started out serving his food at popular fests like the Sail-In Cinema and Bourbon BBQ in 2017. 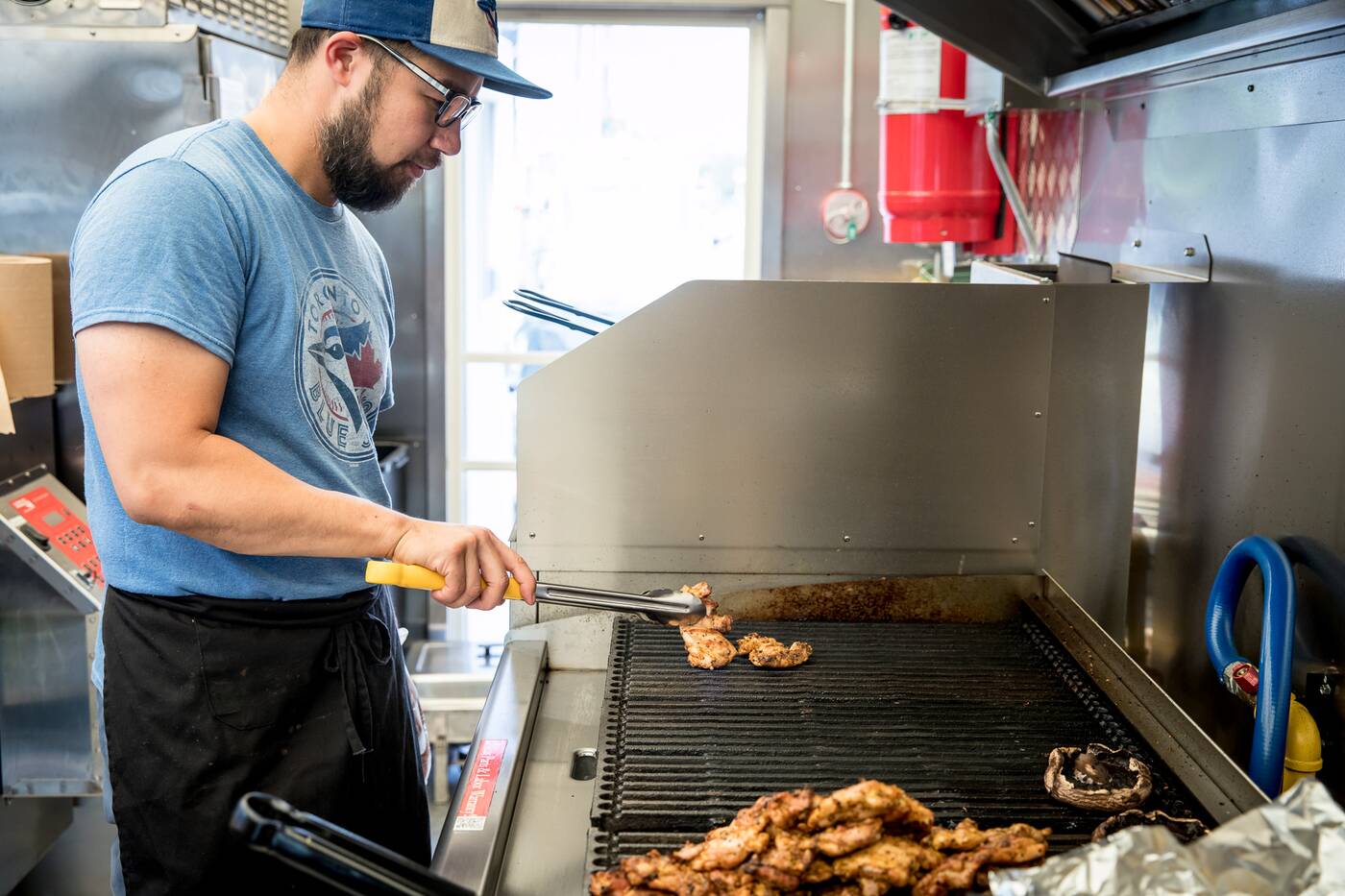 He doesn’t only smoke his food, but also grills chicken and portobello mushrooms for BBQ sandwiches on the truck as well. 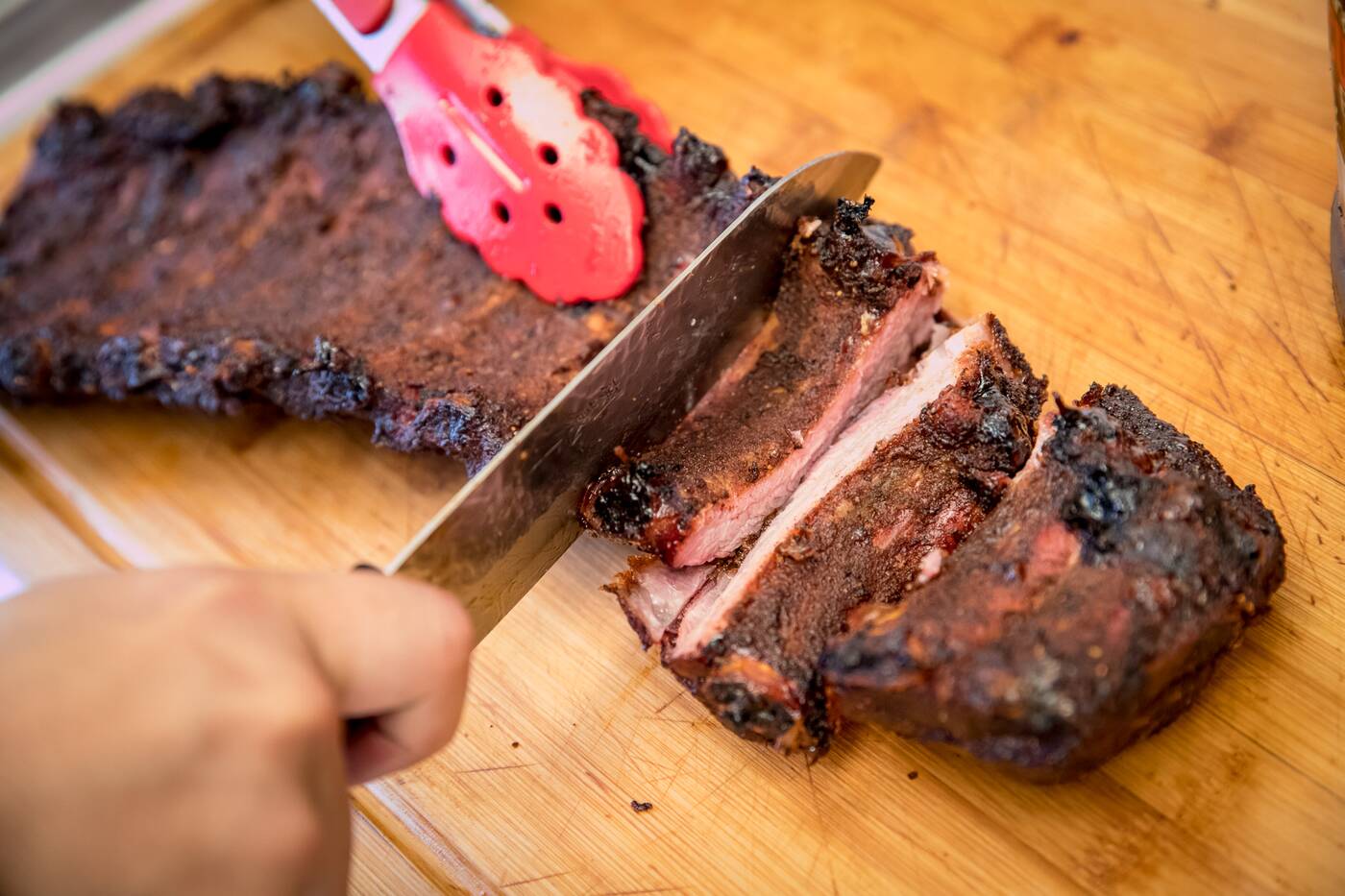 Ribs ($10 for a combo with slaw and fries) come in a choice of three flavours, spiced and then marinated overnight until cooking starts at 6 a.m., an hour and a half of the smoking process taking place in an approved lot. 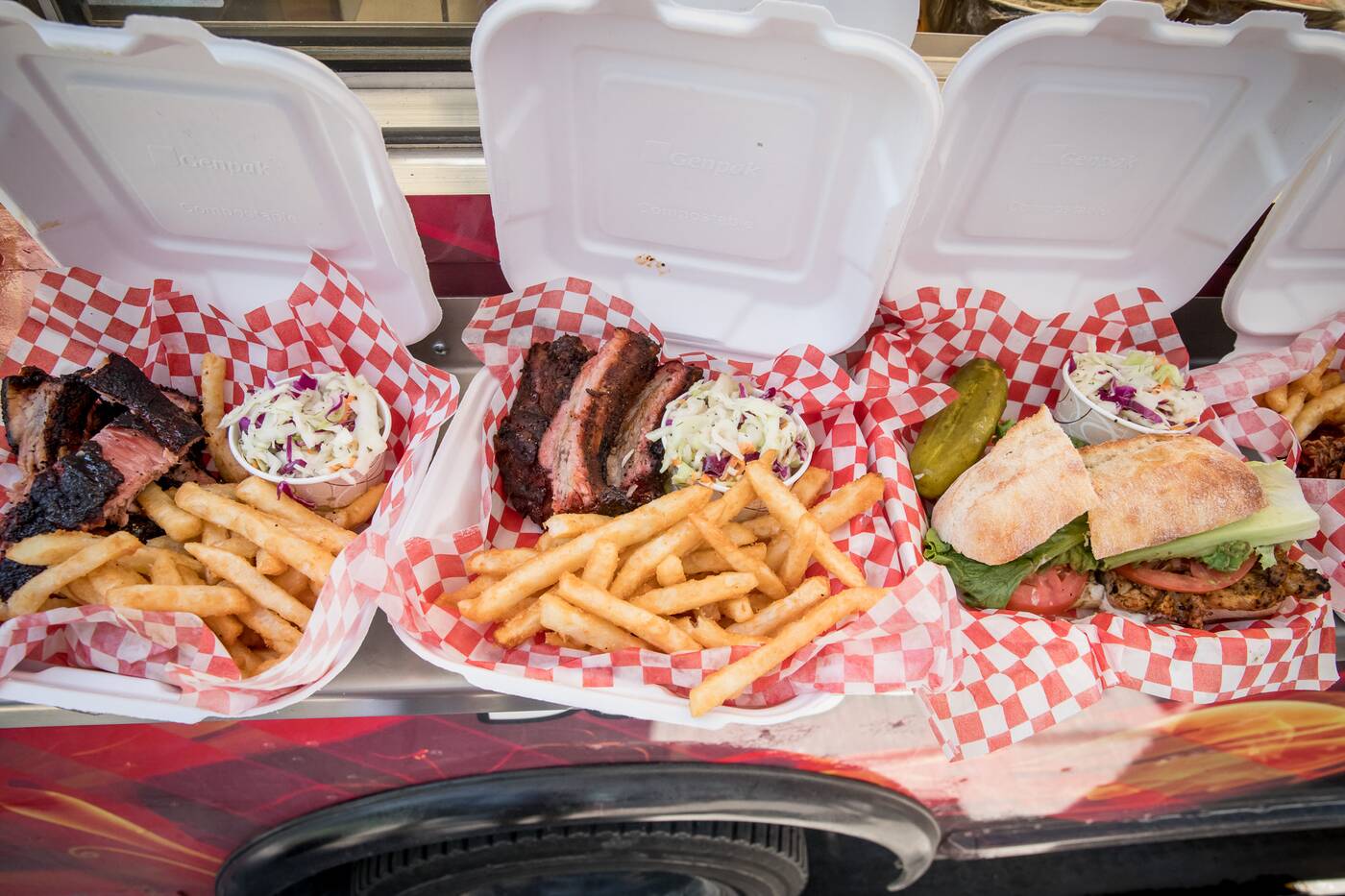 There’s a jerk and most interestingly a caramel espresso rib where the coffee flavour really comes through in a complementary fashion. It's also sweetened with honey, so it all sticks to the ribs. 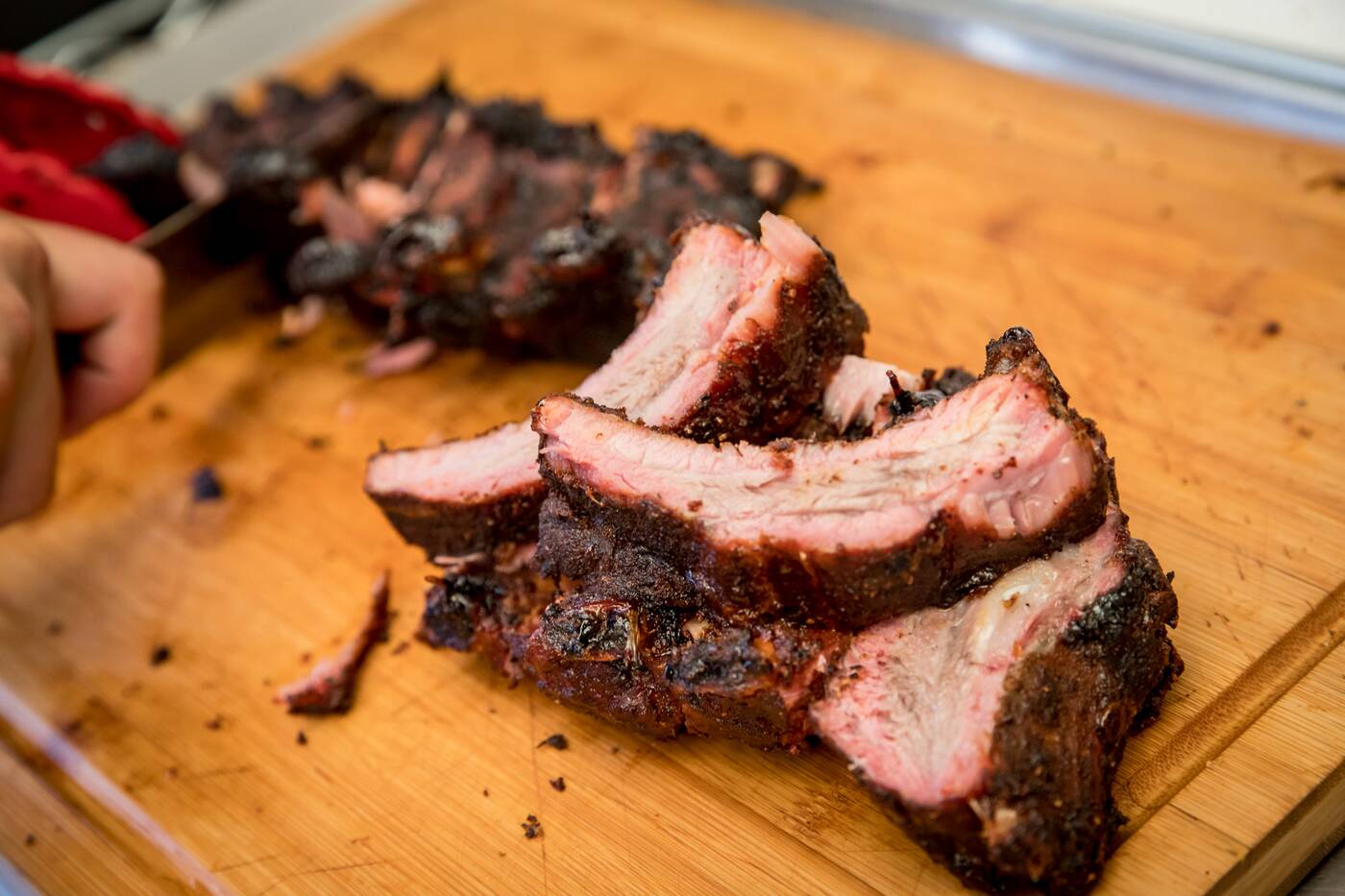 The third rib flavour is a Memphis dry rub, done in a traditional style with lots of paprika, brown sugar and pepper. 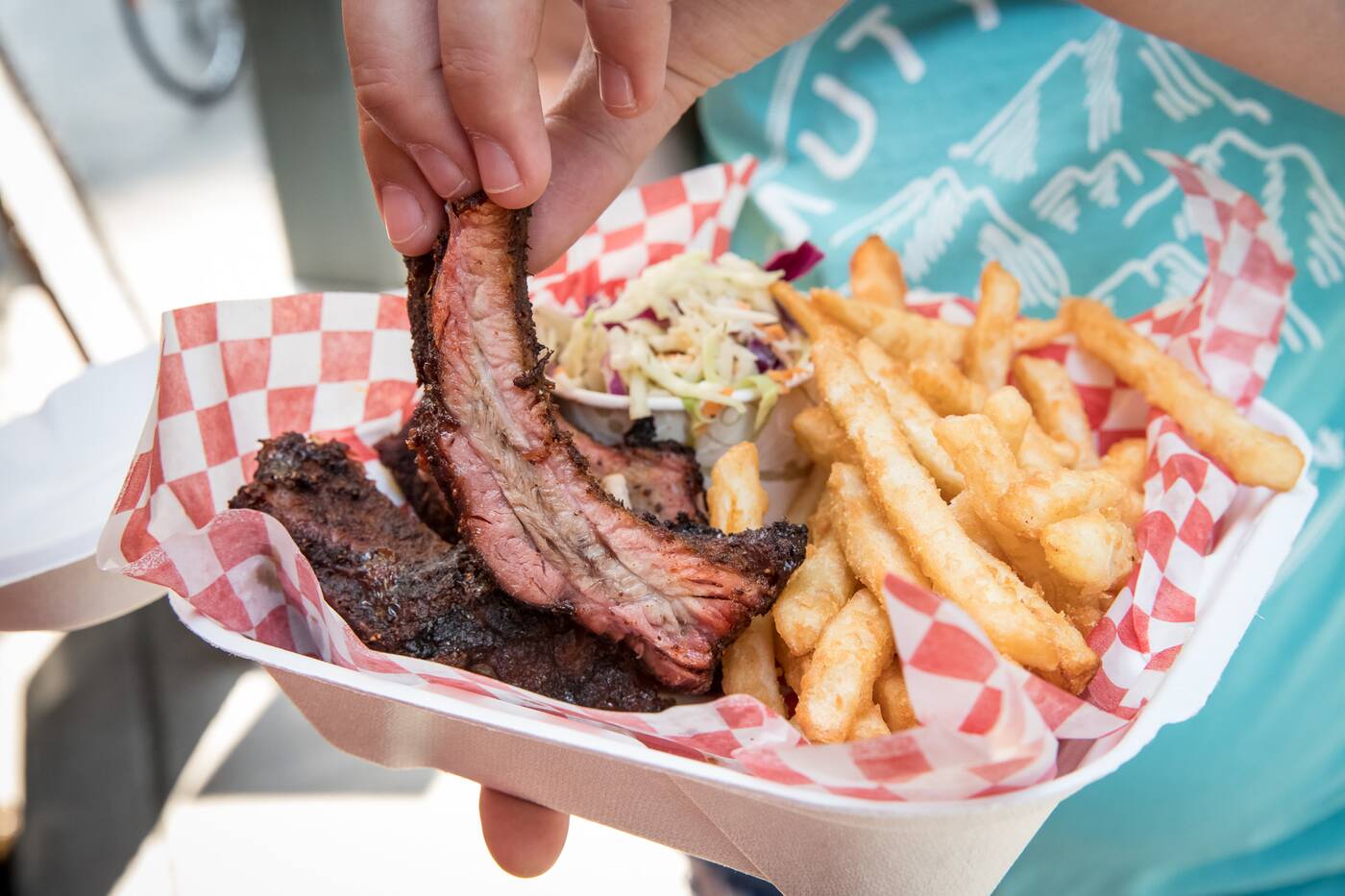 The flavour is good, the ribs juicy, but not too messy or runny, with a charred, crunchy barque. Simple, fatty fries and slightly creamy slaw balance out them out. 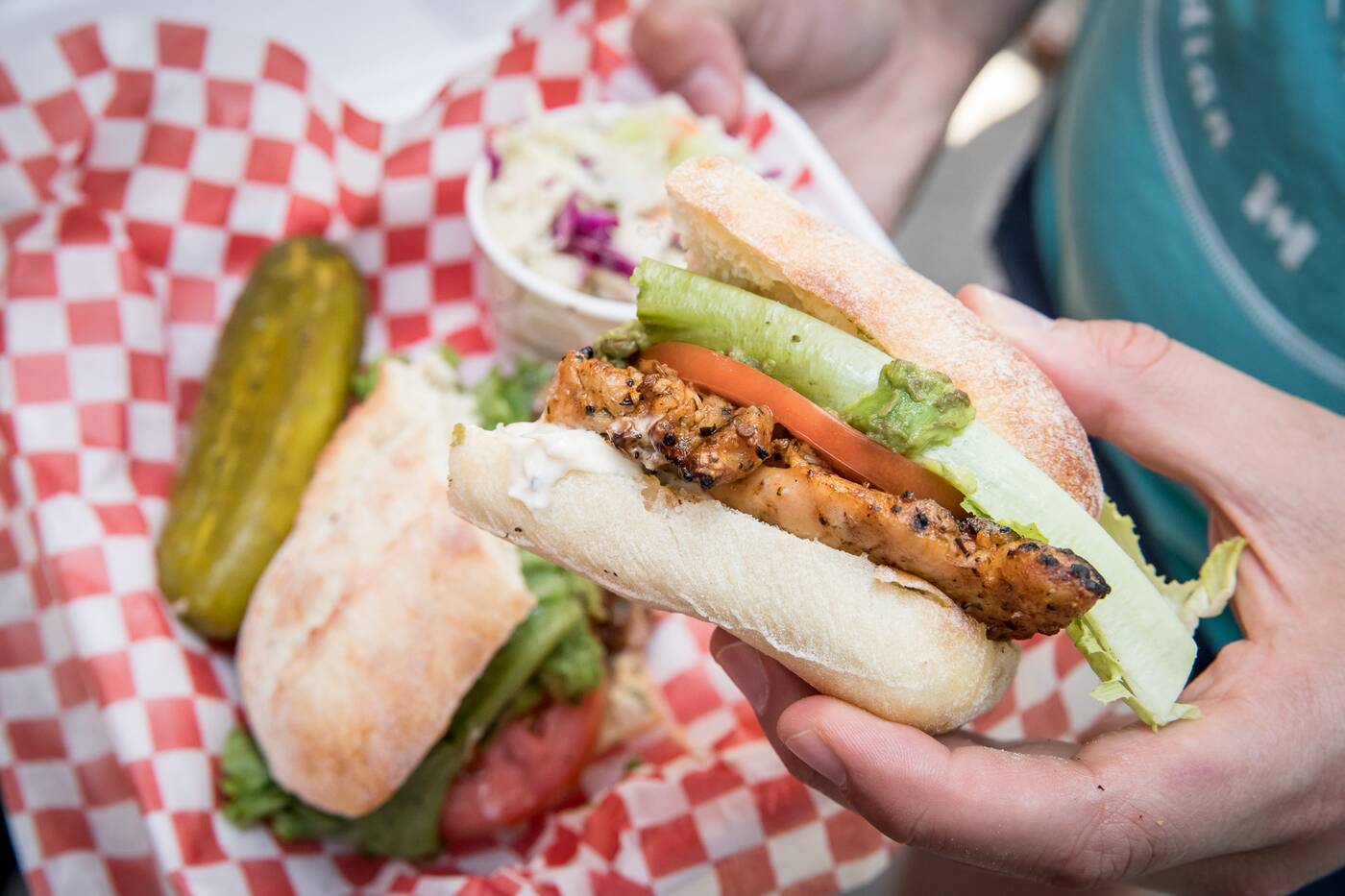 The chicken sandwich ($10) is on the more balanced side with lots of veggies. 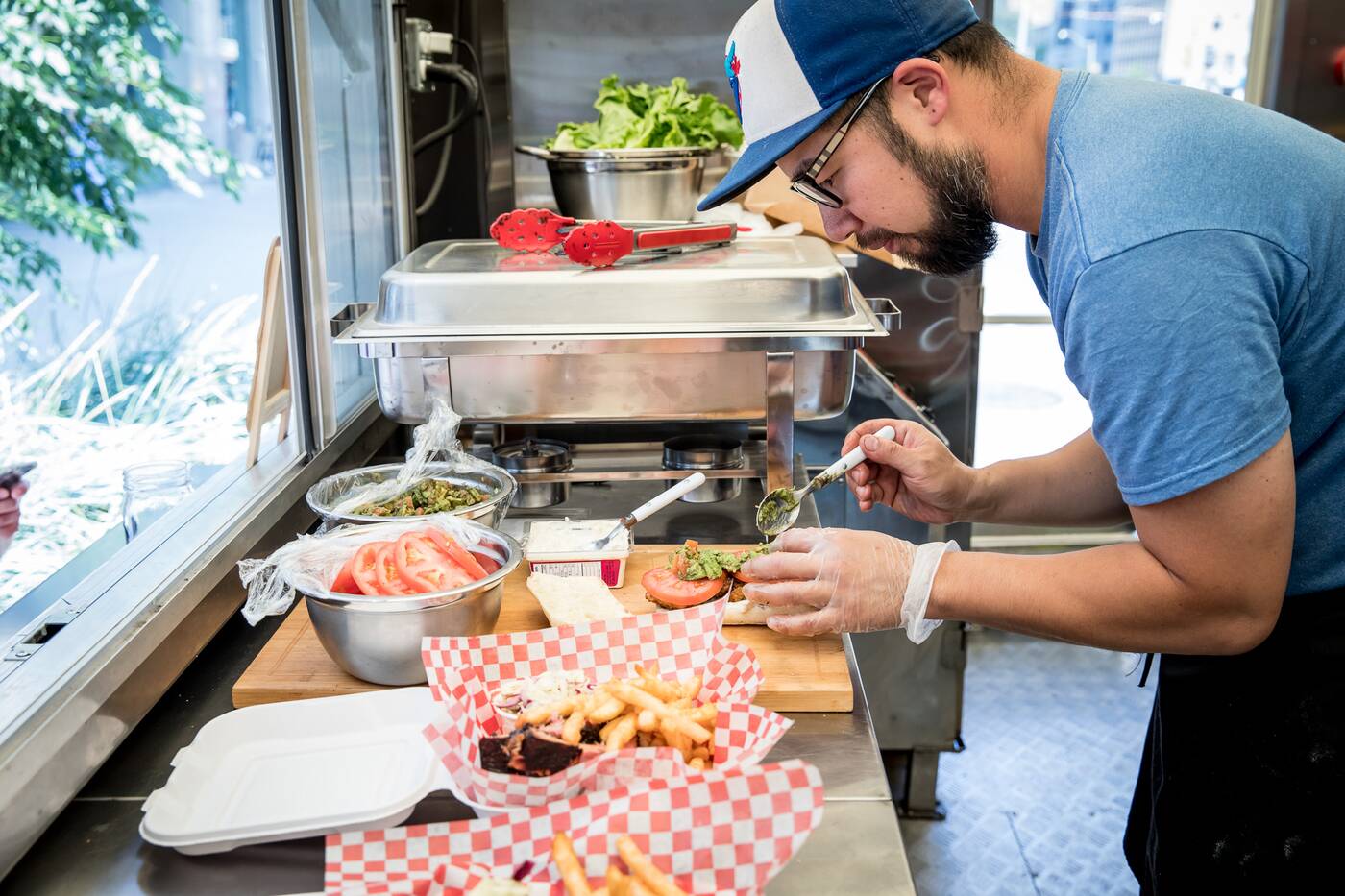 There's tomato, avocado, sweet onion and lettuce, a squeeze of lemon and some artichoke asiago spread, all on a thick, floury bun. 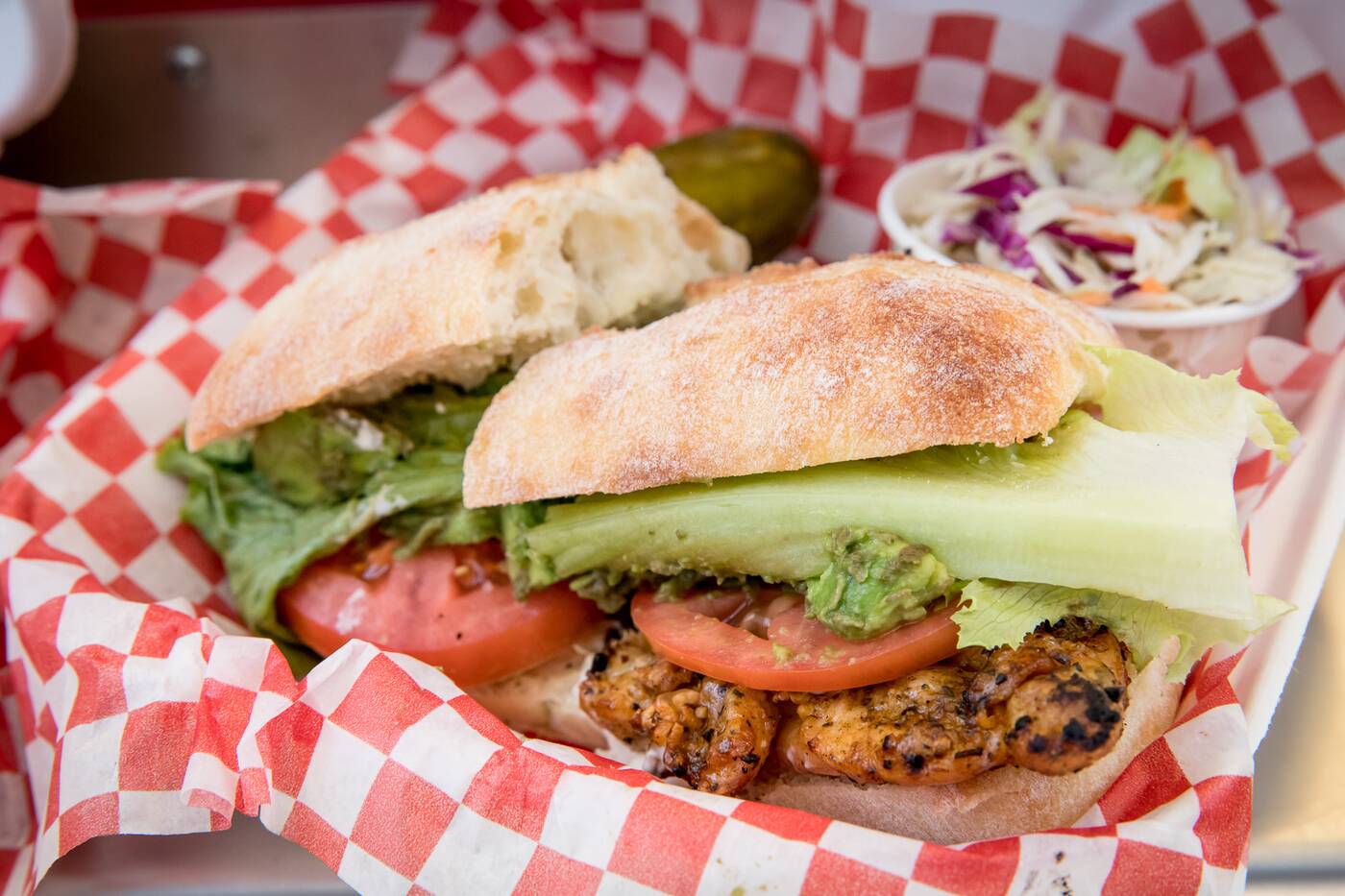 The chicken is spiced to give it a BBQ kick that’s herby and plays well with the char from the grill. We get a really delicious pickle with this one, so pickle fans, make sure to ask for that. 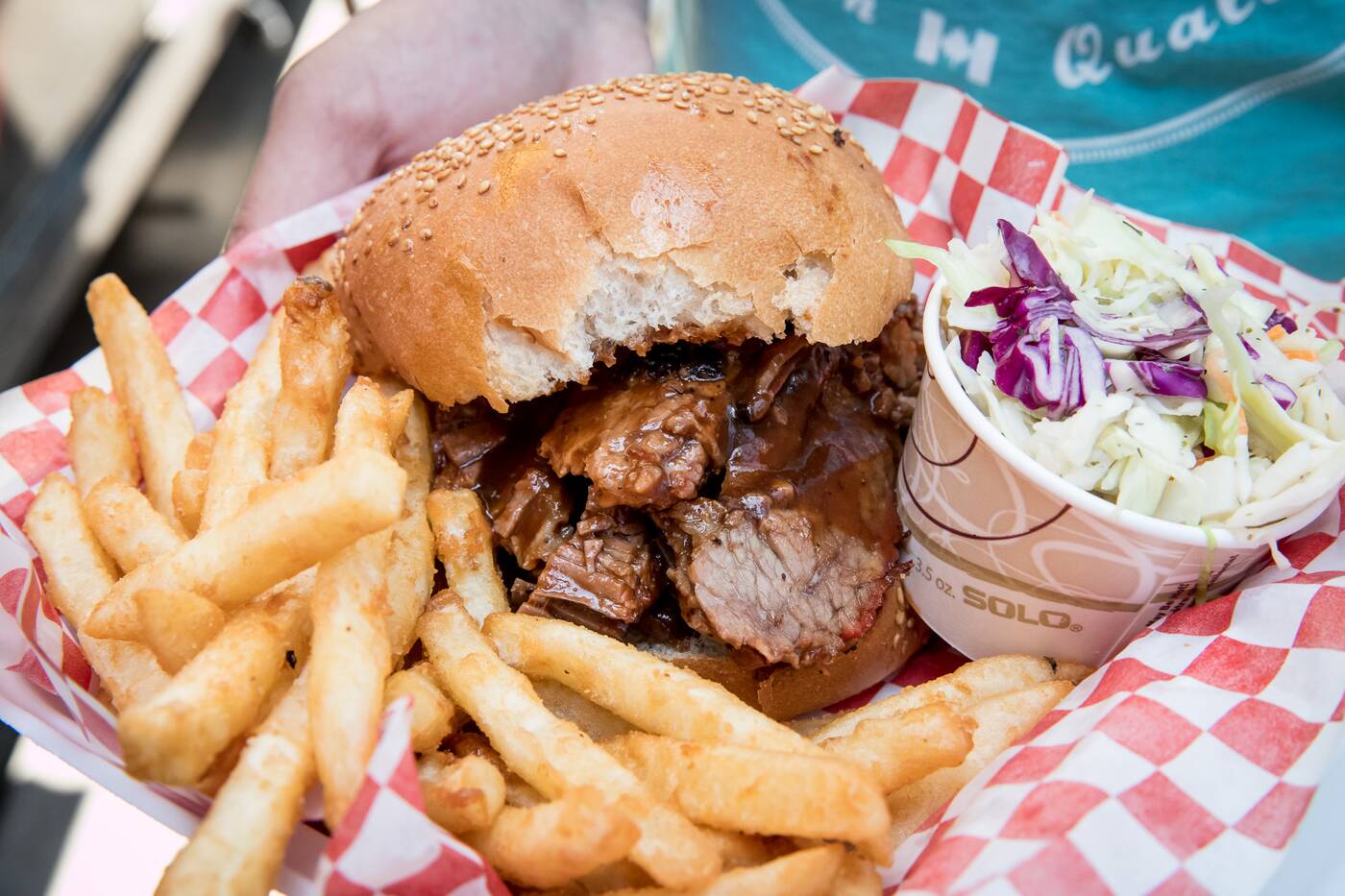 The smoked brisket sandwich ($12, also for a combo) is made with molten brisket that’s been smoked for twelve to fourteen hours over the course of two sessions. On a puffy sesame seed bun, its flavour is highlighted by a slathering of savoury, zesty BBQ sauce.

Watch out for the delicious Texas-style cured salt, pepper and Montreal steak spice brisket in a plate form on occasion. 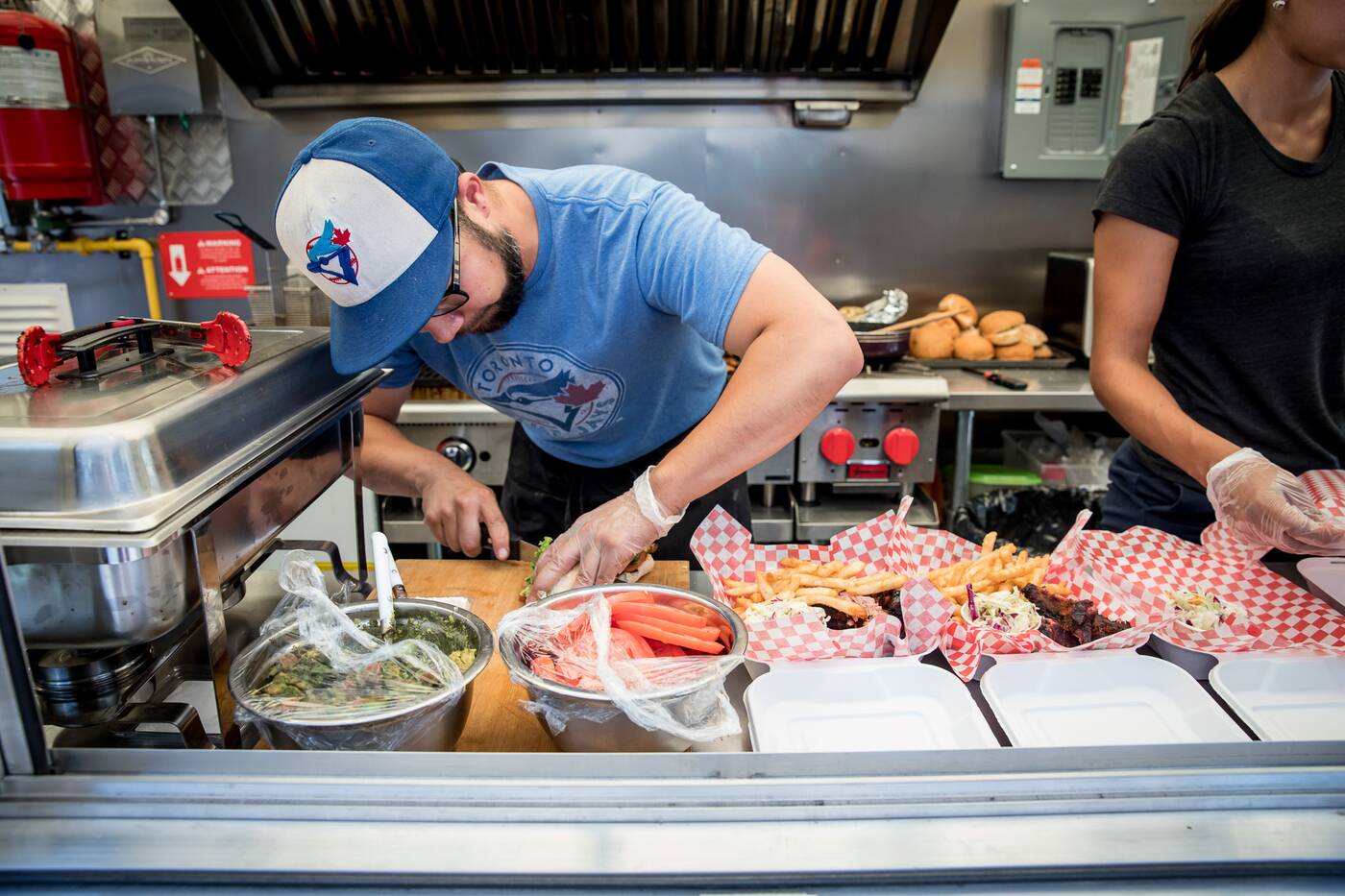 The BBQ sauce isn’t made by Quach, fries are bagged, and it does happen to be cash only, but the reason you’d visit this truck is for the piles of meat you walk away with. 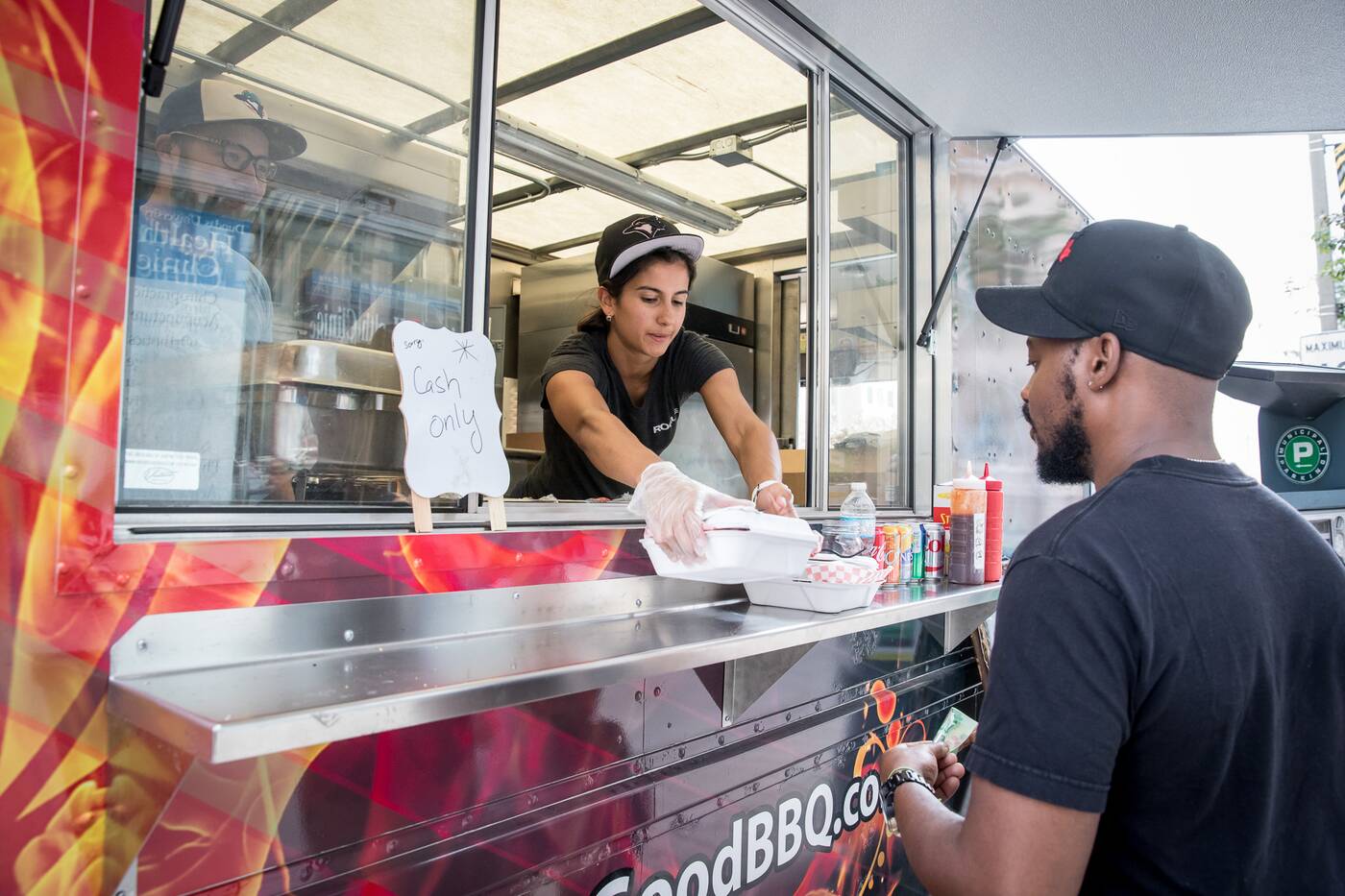 They’re the star of the show, and with the amount of time that goes into making them the right way, these smoky meats deserve to be the centre of attention in your takeout tray. 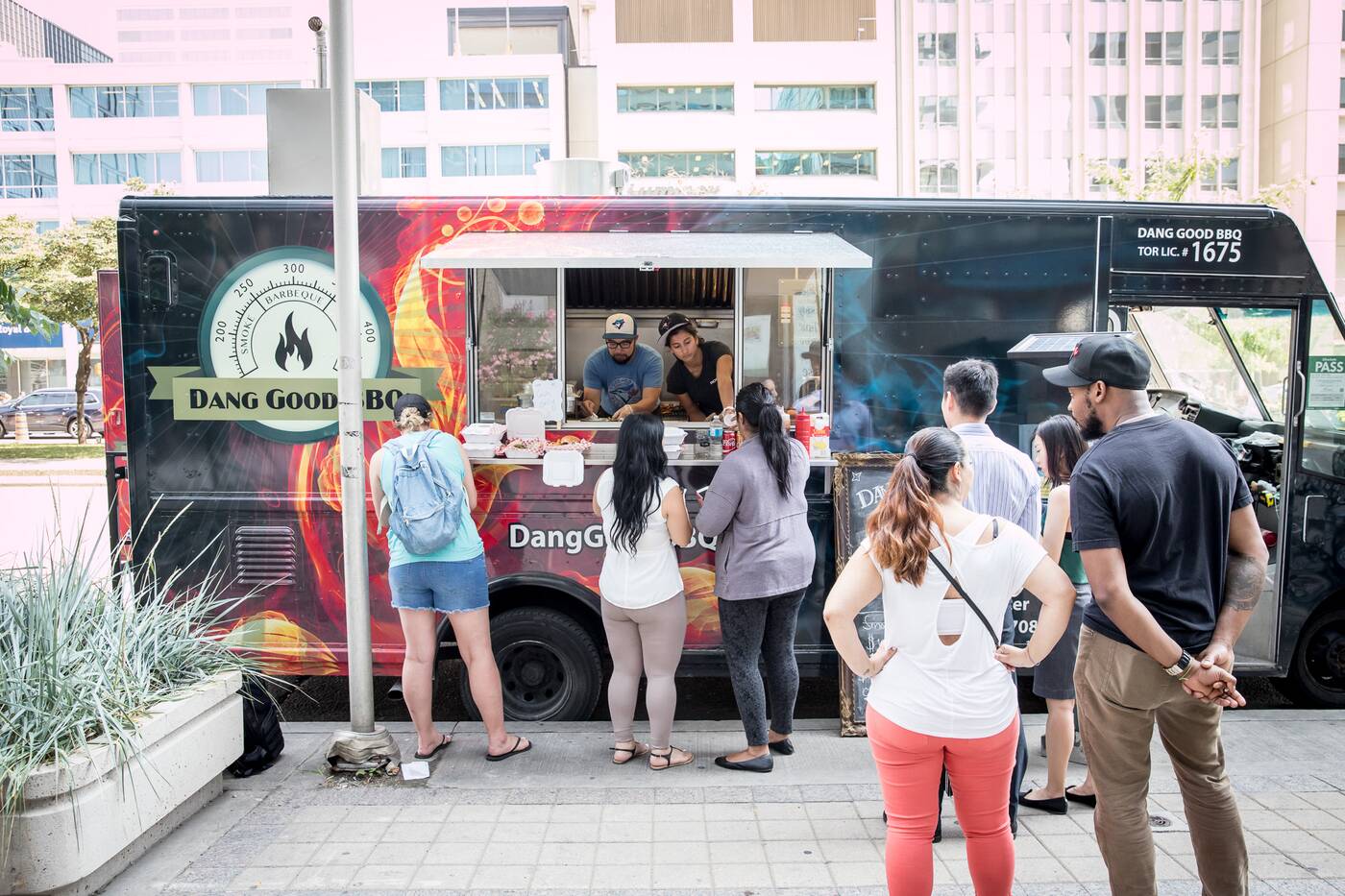 Toronto's new DineTOgether restaurant program is like Summerlicious only cheaper

25 patios in Toronto with unreal views