Toronto getting a new brewery with a rooftop farm

Toronto's east side brewery scene has been bubbling up with a host of new spots like Rorschach Brewing Co., Godspeed, Radical Road and Eastbound Brewing all sprouting up in the last twelve months. Soon a new player is about to join the pack.

Avling Brewery is moving into 1042 Queen Street East, formerly an Asian food distribution centre, and is set to open in late spring or early summer of 2018. 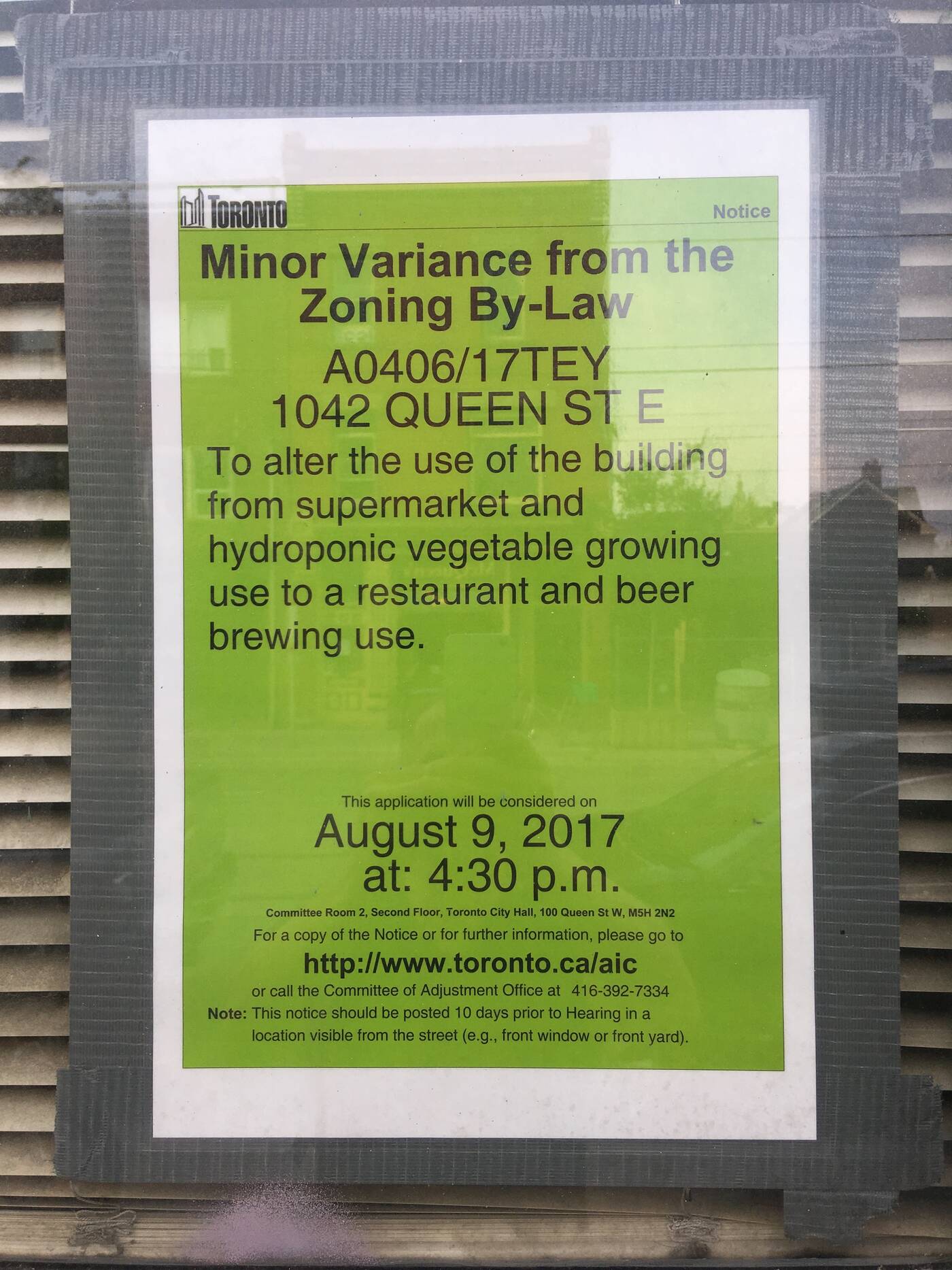 The sign currently up at 1042 Queen Street East, indicating to Leslieville neighbours they'll soon be getting a new brewery.

Founder Max Meighen says the brewery is currently working on the recipes for their core range of beers, which will include a saison, IPA, lager, and a Baltic porter.

They'll be serving seasonal beers, as well as one-off brews for special occasions, with a focus on using Ontario-grown products.

In addition to the brewery, there will be a tap room with a food menu that they're aiming to keep as local and seasonal as possible.

They'll also be harvesting ultra-local ingredients from a planned rooftop farm, which will provide produce for the restaurant, with a portion to be reserved as a community growing space.