The general consensus is that Toronto's oldest bar is the Wheat Sheaf Tavern, located at the southwest corner of King and Bathurst streets. Aside from an eight month blip in 1995 and again this past year when it underwent a massive renovation, the bar's been operational since Bernard Short opened it in 1849.

The Black Bull on Queen West might have been founded earlier (1833 or 1838, depending on who you ask), but it went by the name Clifton House for decades before it reverted to its original moniker in the late 1970s, which some argue disqualifies it from the title. 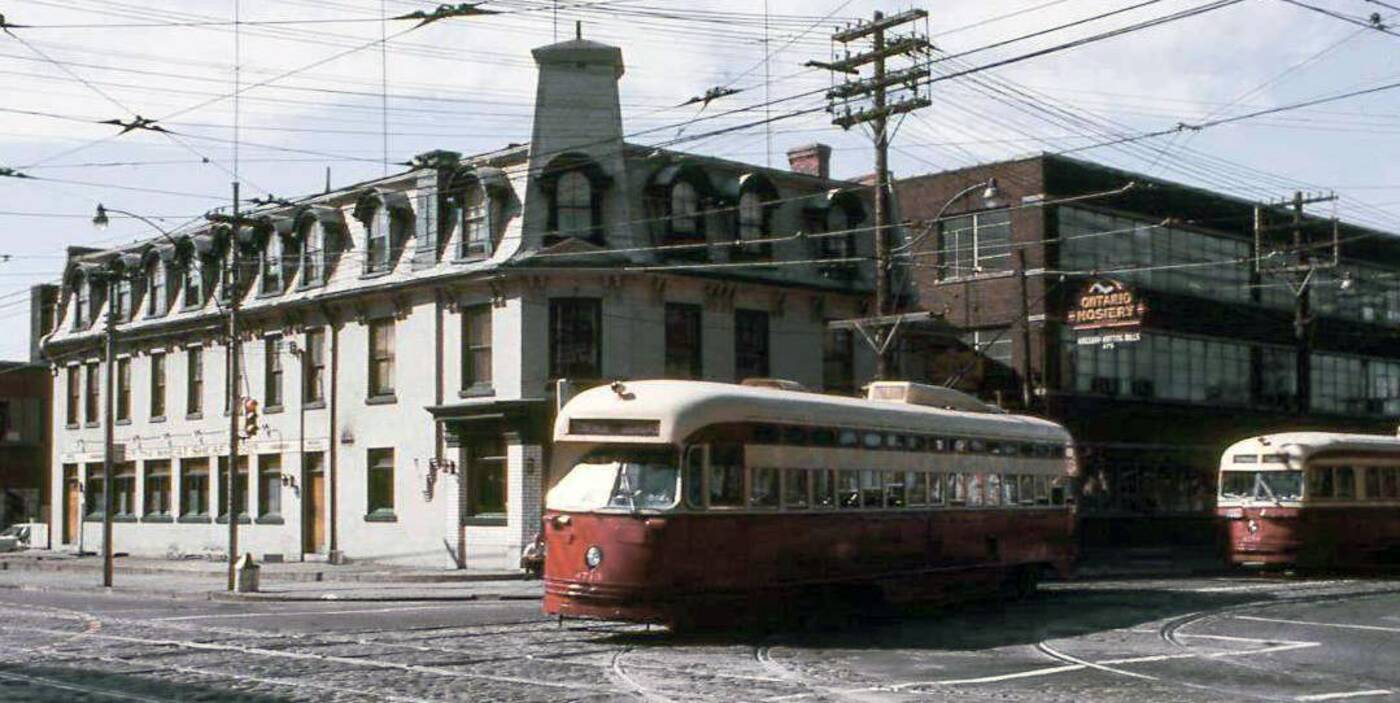 Wheat Sheaf Tavern in the 1970s. Photo via Chuckman's Nostalgia.

That, in fact, is one of the things that's most remarkable about the Wheat Sheaf. Despite a host of different proprietors in the 19th and early 20th centuries, it somehow retained its name and general identity.

There have been changes along the way, though. The striking mansard roof that's arguably the building's calling card wasn't installed until a few decades after the tavern opened. The addition of the third storey occurred in 1905, following the popularity of the Second Empire architectural style. 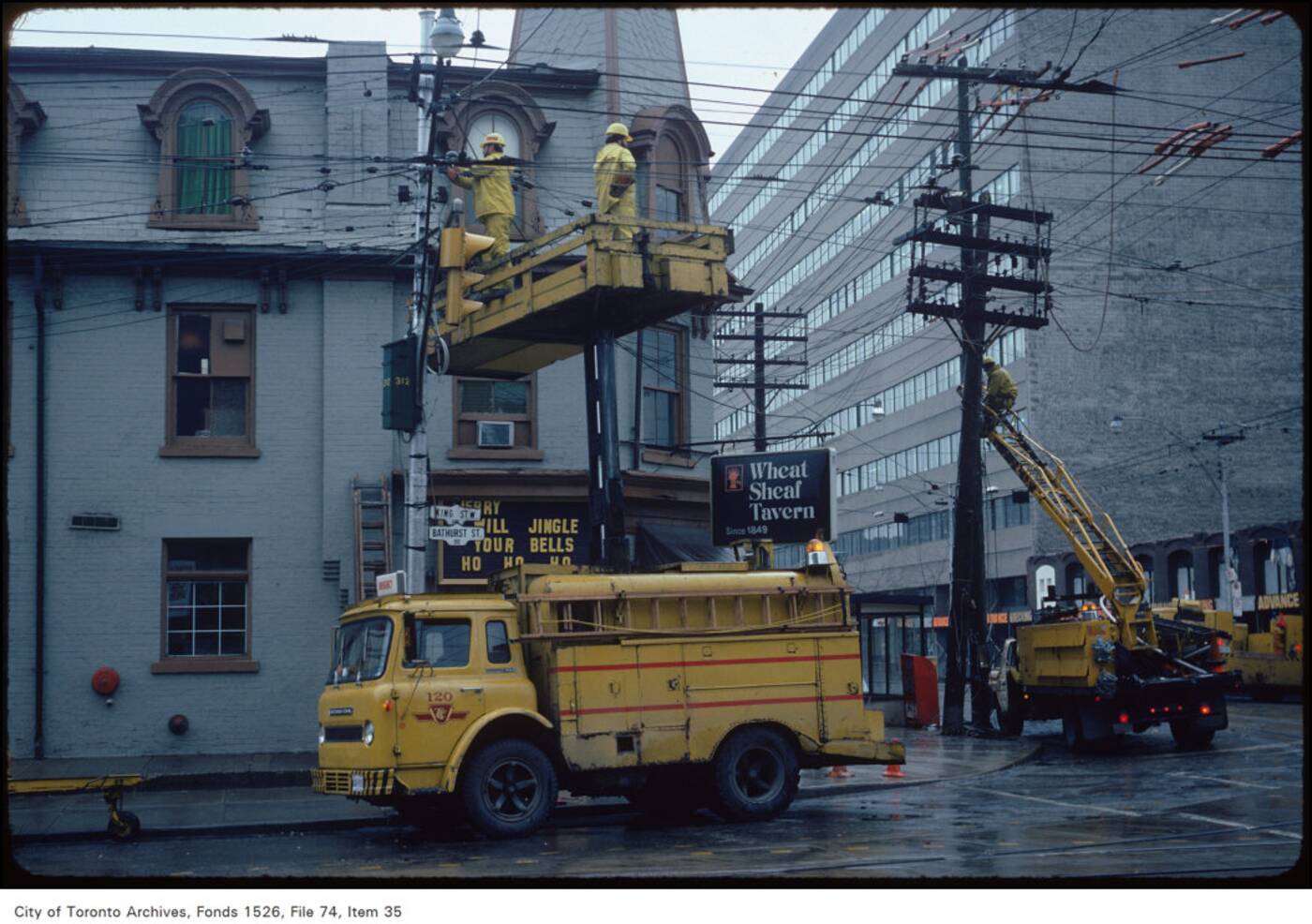 The Wheat Sheaf's ugly grey facade in 1981. Photo via the Toronto Archives.

For much of the 20th century, the building's original brick was painted over in an ugly off-white paint, representative of the general lack of care directed towards heritage buildings at the time. It actually took the closure of the business for the building to be restored.

A Globe and Mail article from 2001 tells the story of how Terry Tsianos spotted a for sale sign in the window of the shuttered tavern on the way home from a softball game and quickly moved with his partners in the Pegasus Group to purchase and restore the legendary tavern. 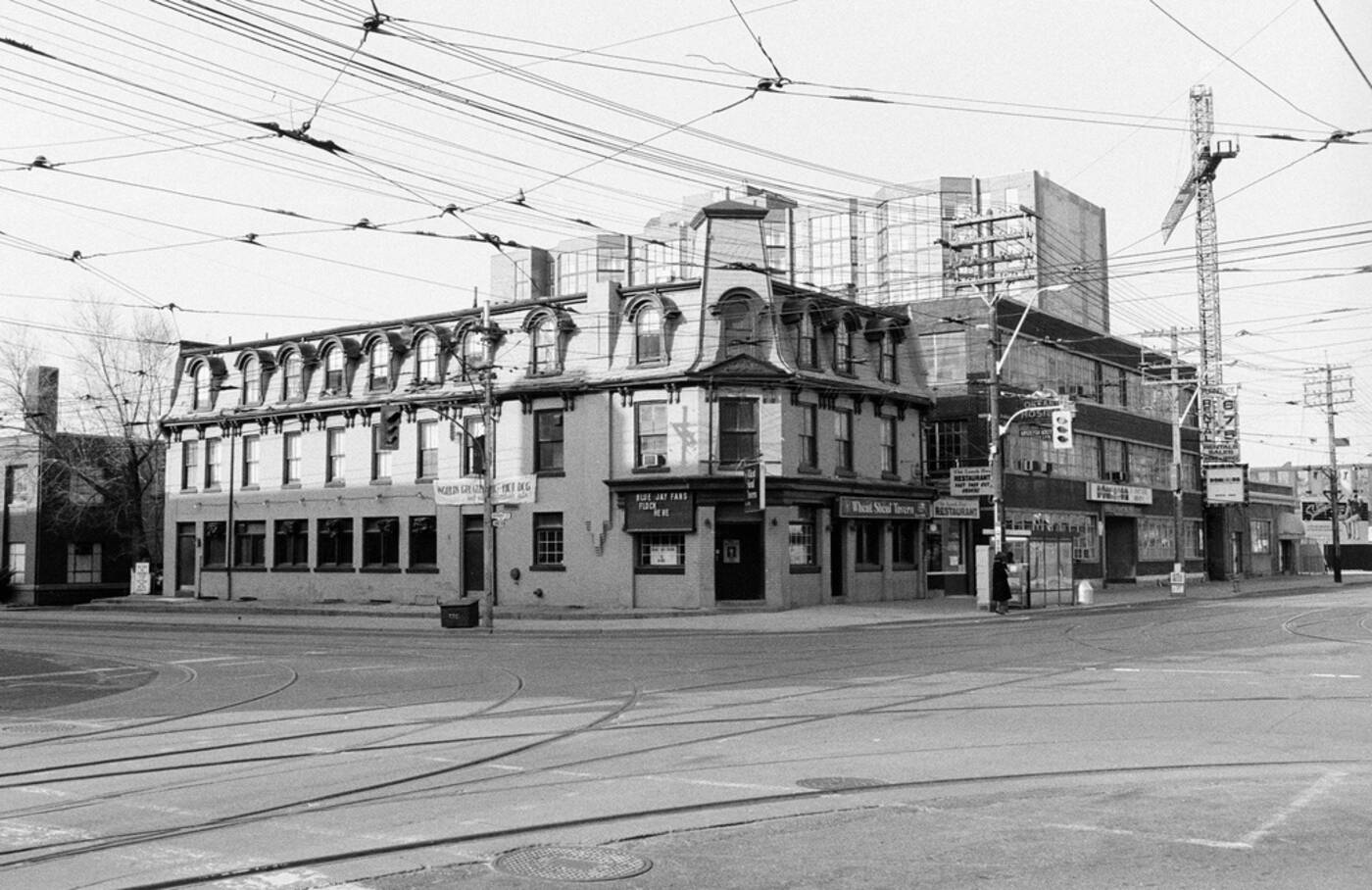 Architecturally speaking, it's actually easier to appreciate the history of the bar today than it was in the 1960s and '70s. The paint's finally been stripped and the old chimney stands out as an obvious feature on the east-facing side of the building.

As historian Doug Taylor has noted, this would have been the primary source of heat for the tavern in the early days. Eventually as the building expanded, so too did its heat sources, but it's fun to imagine soldiers from Fort York warming themselves with a drink by the fire some 150 years ago. 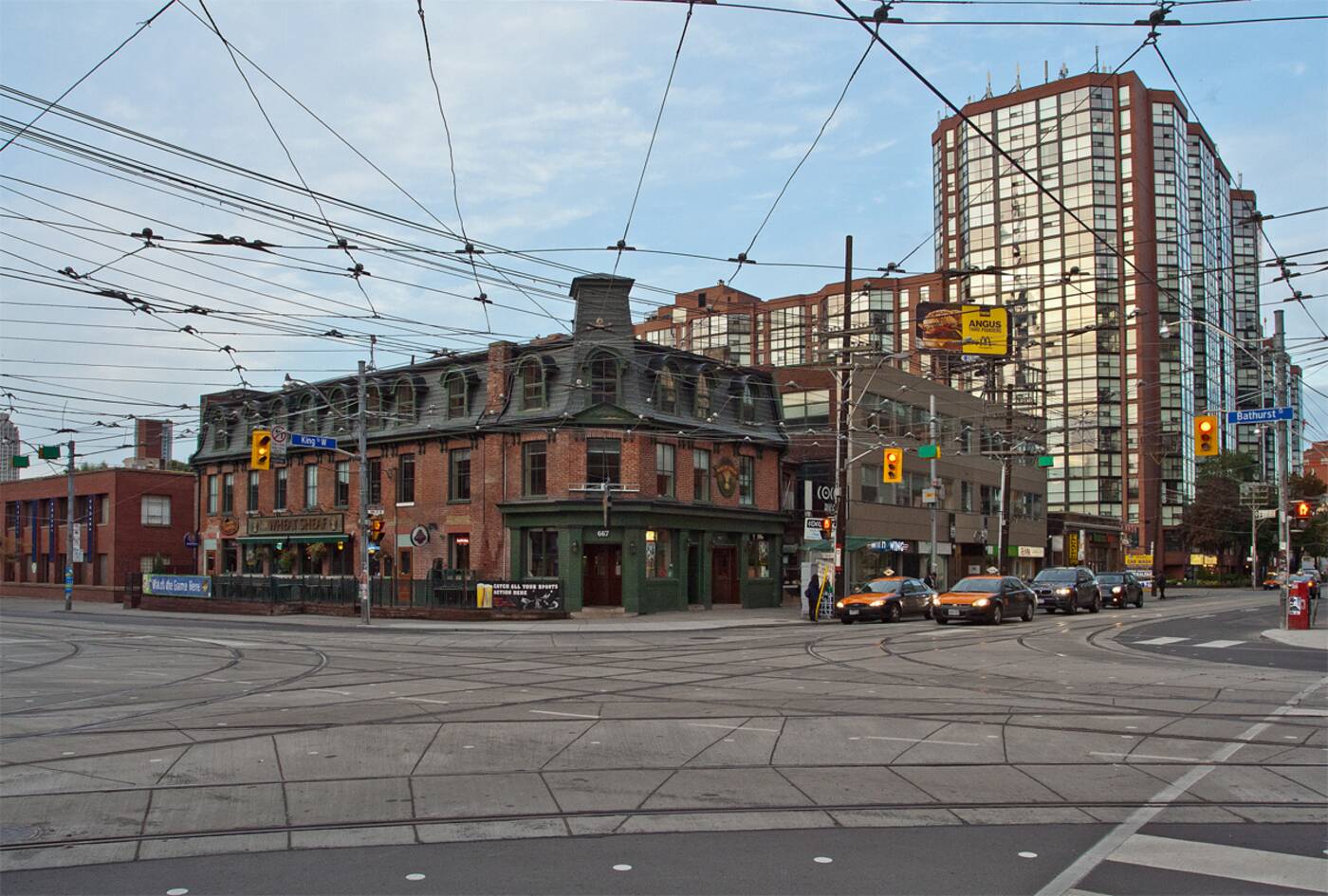 Speaking of Fort York, the most persistent urban legend that surrounds the Wheat Sheaf involves a tunnel that apparently ran between the tavern and the military barracks.

Sadly, this is almost surely a bit of hopeful fiction, given that the distance between the bar and the Fort is about 500 metres.

The engineering prowess to construct such a thing without detection is quite frankly unthinkable, particularly when you consider that soldiers were given a daily beer ration.

Tunnel or no tunnel, the Wheat Sheaf is one of the city's most historically imbued places. If the walls could talk, the tale would be as epic a narrative as Toronto has to tell.