10 cocktails to drink this fall in Toronto

Fall cocktails in Toronto are a fiery bunch. If there's an emergent trend in the season's new drinks, it's the use of torched garnishes for an aromatic effect. The most popular approach to achieve this effect is the use of torched cinnamon - the smoke is sweet and spicy, and adds a great deal of complexity to a drink - but herbs like rosemary are also popular for their rich aromatics.

Here are 10 cocktails to warm up with this fall in Toronto.

Grey Tiger - Walking Home Alone at Night
Bloordale's cafe-by-day, cocktail bar-by-night Grey Tiger has an enormous and varied cocktail list that recalls a number of forgotten drink traditions, like that of the 'hotel drink' - a cocktail designed to be made without the use of ice. Dalwhinnie 15yr is paired with Redbreast 12yr, Benedictine, fir honey, a cacao tincture, and Bittermen's chocolate mole bitters alongside a plate of torched cinnamon. 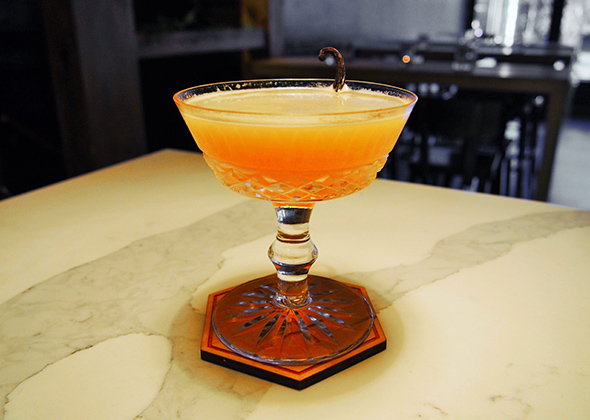 Pray Tell - Daydream Team
Max Brunke's cocktail list at this College Street snack bar is filled with novel approaches and playful subversions of classic ideas. This daiquiri variation uses a cinnamon star anise-infused pineapple juice syrup as a base, with Madagascar vanilla dragged over the rim of the glass for aromatics before service. 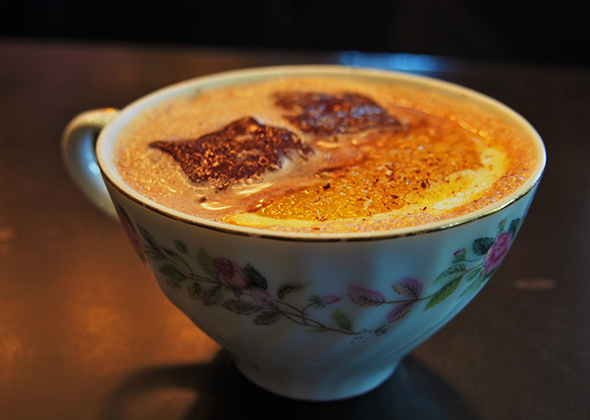 Maple Leaf Tavern - Fall Punch
Heading to the East end of the city, New York's Naren Young creates a refined cocktail menu for the lovingly-restored Gerrard East institution. Served in a dainty teacup, this punch packs a surprising one - Jamaican rum and rye are shaken with Amontillado sherry, falernum, and a mixture of lime, orange, and ginger juices. A dusting of nutmeg adds to the spicy notes. 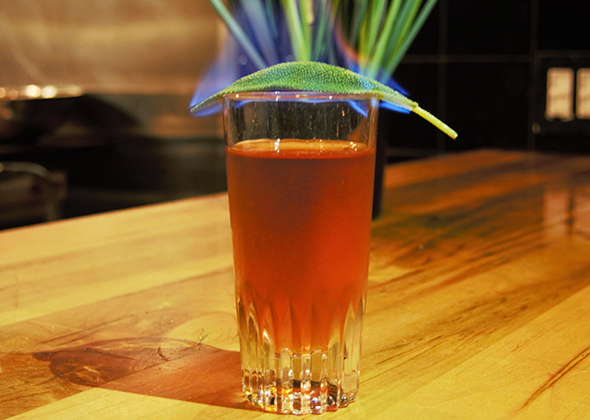 Mr Flamingo - Chief Wiggum, P.I.
Mr. Flamingo enjoy a great reputation for cocktails, and for good reason. This sweet potato-infused riff on the Sazerac cocktail involves soaking a sage leaf in absinthe before setting it ablaze - the leaf is stirred into the drink and draped lovingly over the rim. The sweet potato base is lightly spiced with clove and nutmeg, adding a little seasonal depth to this New Orleans classic. 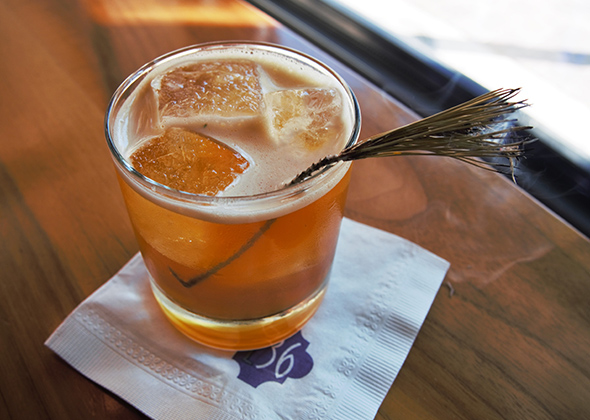 East Thirty Six - Into the Woods
Mixing Lot 40 rye with two types of sweet vermouth (Carpano Antica and Martini Rosso) with a pine needle tincture, Matt Rajchman smokes the inside of his shaker tin with torched pine needles he brought back from his home in Nice. The cocktail is supposed to transport you to the woods near where he grew up, and it certainly does. 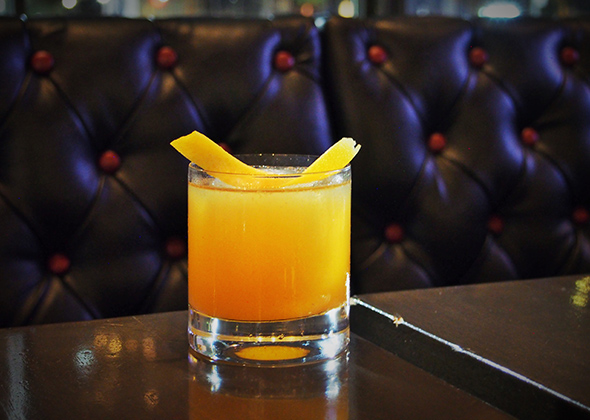 The Carbon Bar - Santeria
The Carbon Bar is spending October in Cuba. Sort of. Bartenders Aaron Beauchamp and Leah "LG" George have collaborated on all the cocktails here, including this Santeria, a fusion of tropical fruitiness with seasonal spice made with cinnamon-infused Havana Club 7-year rum with Amaro Nonino, guava syrup, lime, and pineapple-anise bitters. 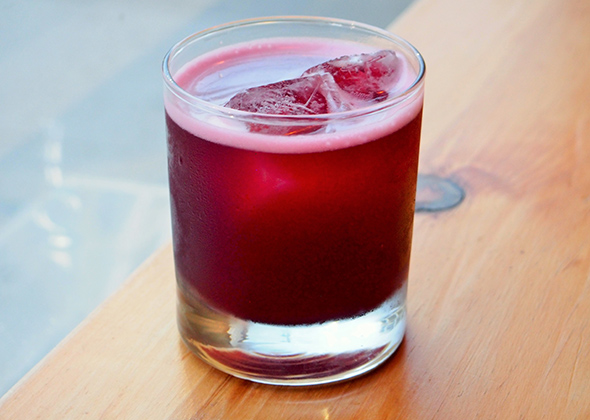 Clocktower Bar - Beet the Devil
Clocktower Bar has quickly earned a reputation for top notch cocktails, and this fall offering is reason for another endorsement. Knob Creek bourbon is shaken with Fonseca ruby port, beet shrub, Angostura and black walnut bitters. Prior to serving, the glass is smoked with Mexican cinnamon. 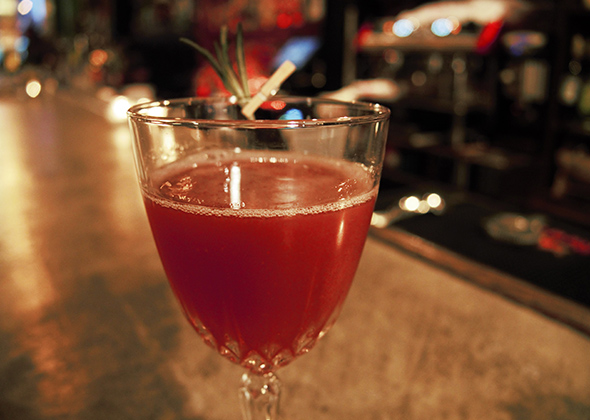 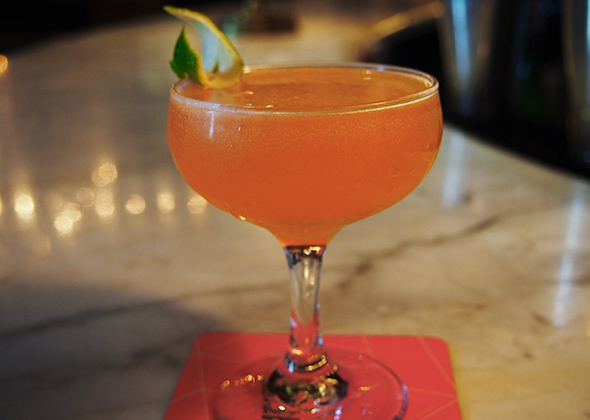 Drake 150 - Eye of Calypso
Bar Manager Jeremy Cheng has had a few interesting tricks up his sleeve since running the cocktail program at Queen West's County General. This combination of a toasted coconut-infused Aperol, white Demerara rum and cinnamon syrup is shaken with fresh lime and grapefruit, then served in a Chartreuse-rinsed glass for a herbal finish. 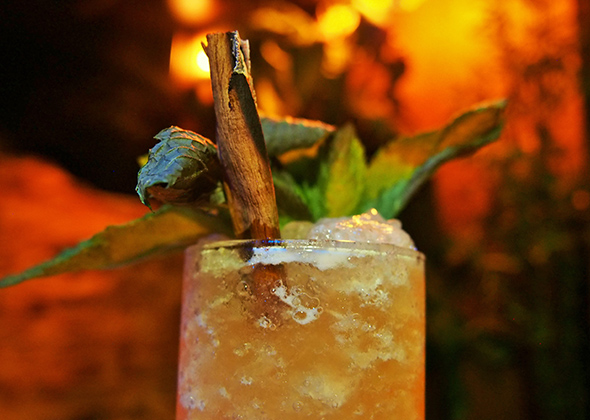 Shameful Tiki - Apples to Apples
Alana Noduega's Parkdale oasis not only faithfully replicates classic recipes from one of the great ages of cocktail history, but she's a dab hand at adapting the principles to create something new. This Jamaican rum-based long refresher is typically potent, but leans on classic tiki staples like allspice and falernum, coupled with calvados, cider, lime and Angostura bitters.

Know of an excellent fall cocktail in Toronto? Share your finds in the comments.