The Manulife Centre in Yorkville is about to undergo an extreme makeover. Once complete, it'll feature Toronto's (and Canada's) first Eataly as well as a new streetscape. But, it'll be losing The Bloor Street Diner.

This longstanding, somewhat swanky-looking eatery will shutter on January 9, 2017, just in time for you to grab one last hungover brunch over the holiday season. 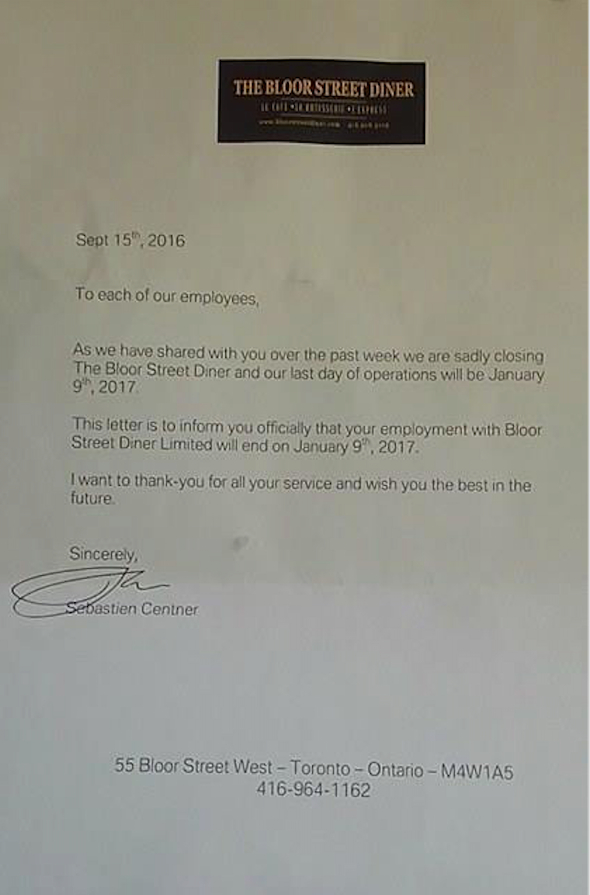 Employees received a letter announcing the diner's closure. And when contacted by phone, a Bloor Street Diner manager confirmed the restaurant would be shutting down on January 9. He wouldn't, however, comment on why it was closing or whether or not it would reopen in another location.

Earlier this year, Bloor Street Diner succeeded in getting an injunction to block the Manulife Centre renovations and Eataly from moving in. Apparently, as Peter Neilson writes in Advocate Daily, the reno would have obscured The Bloor Street Diner from street traffic. However, as the Toronto Star reports, that legal dispute has been resolved.

The Bloor Street Diner first opened in 1981, but moved into the Manulife Centre in 1994.

Will you miss The Bloor Street Diner? Share you memories in the comments.