Everything to know about hot dog stands in Toronto

Before food trucks became trendy, the humble hot dog cart was king of the Toronto street food scene pretty much by default. Bizarrely strict rules prevented all but a small number of basic foods being sold on our streets. These days, the city doesn't tell vendors what to serve, but it took a long time and a lot of bureaucratic wrangling to make it so.

Faced with a glut of street hawkers, particularly in Yorkville and on Yonge St., the city started issuing licenses in the 1980s, but most chose not to buy them and pay the relatively small fines. Later, vendors were allowed to rent a portion of sidewalk space, but later saw their fare options limited to hot dogs and french fries. 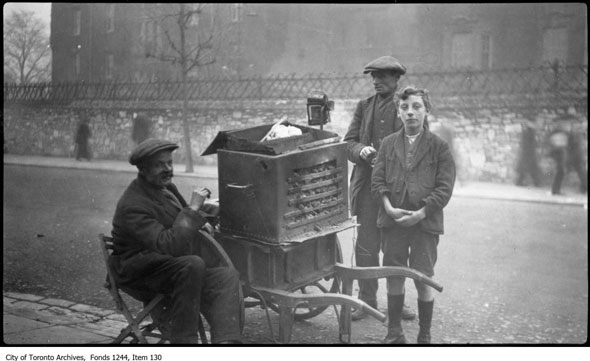 In an attempt to expand street food options, Toronto launched the calamitous A La Cart program in 2007. Unfortunately, those that signed up were bogged down in red tape and forced to buy a malfunctioning $30,000 "cart" (it was so heavy it took multiple people to move it.) Most of the original program participants became mired in financial difficulties.

As of today, there are 233 licensed food carts in Toronto. They can operate on any public street as long as the location is at least 25 metres from an open and operating restaurant and 30 from a place of worship.

At the moment, however, downtown Toronto is off limits to new food carts. A moratorium on licenses in wards 20, 27, and 28 was established in 2002 and was extended again in May in an effort to spread out street food options across the city (last year, 64 percent of carts were operating in the core.) 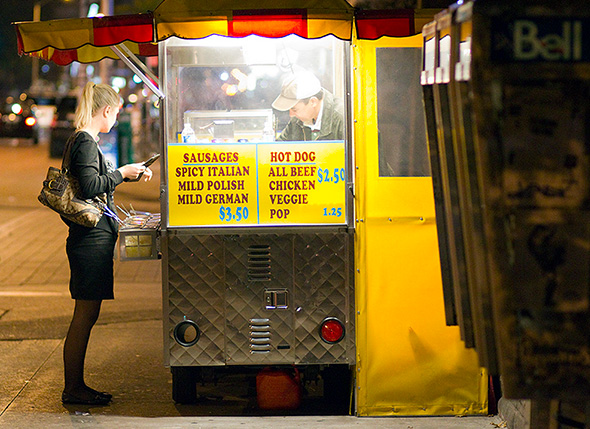 You'll find hot dog supply shops scattered across the city, the most notable being Soloway's Hot Dog Factory, which is open to the public as well if you want to recreate the experience of street meat on your home barbecue. Ditto for Champs Food Supplies, which tends to service the far downtown hot dog vendors and is also open to the public.

Photos by ArrrRT eDUarD and Brian Cameron in the blogTO Flickr pool.