The Fairview Mall farmers' market goes down every Friday from 8am-1:30pm. It's a modest market that's held in an inauspicious spot in the mall's south parking lot with condo towers to one side and the mall on the other. The market opened for the season back in June and will run until mid October.

Here's a snapshot of some of the vendors you'll find at the Fairview Mall farmer's market.

Bees Universe
Bees Universe is a mainstay at farmers' markets across the GTA, selling a unique selection of raw honey, honey-based skin-care products, chicken, duck, and quail eggs. Owner Irina Alecu encourages everyone to taste the range of honey on sale, from traditional buckwheat, wildflower, and blueberry to flavoured options like cinnamon and ginger. 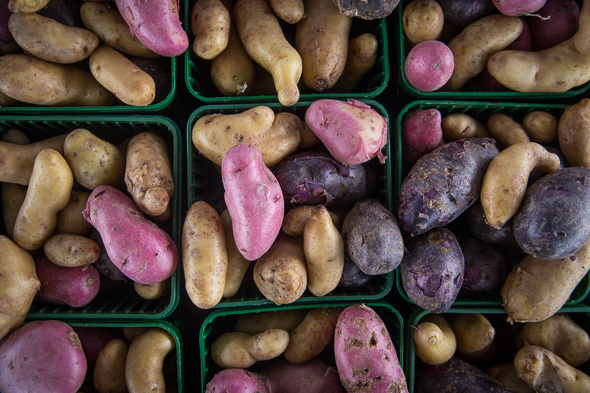 Blyleven Farms
Based in Dunnville, this family farm sells produce grown in its fields and greenhouses along with offerings from neighbouring farms. By far the largest vendor at the market, the Blyleven family sells a wide range of fruits and vegetables, including pesticide-free options. Chances are good that if it's in season and locally grown you'll find it here.

European Meat
Since 1972, this Cookstown-based family butchery has been making and selling smoked and cured meats. Their stand is weighed down by an impressive array of sausages and cheese. You're unlikely to pass by without being offered a sample. 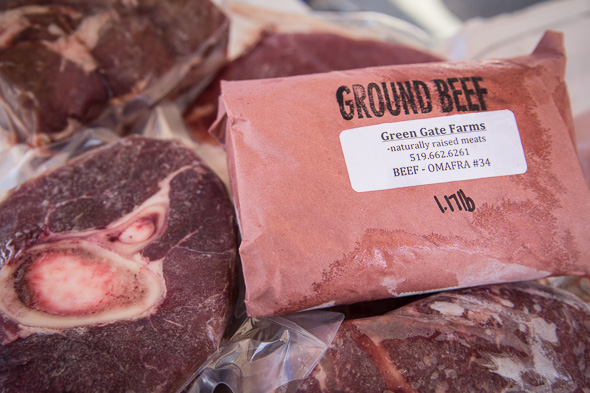 Green Gate Farms
Although not certified organic, the pork and beef sold at Green Gate Farms' stand is naturally raised, free of hormones and preventative antibiotics. In addition to the standard offerings of steaks, chops, and roasts, Green Gate Farms sells heat-and-serve items for rushed weeknight dinners including shepherd's pie and tortiere, and a variety of filler-free sausages, such as sweet Italian, chorizo, and apple bacon.

Green Vision Farms
Following a life-changing car accident and some soul-searching, Chandrika Joshi left behind a career in banking and now works a quarter-acre in Flamborough. She and her husband grow produce using organic and sustainable methods. Alongside staples such as zucchini, kale, and radishes, Green Vision Farms sells some of the more unique produce at the market. When I stopped by Joshi was selling lamb's quarters, a green that she recommends using in place of spinach or chard.

Hearty Catering
Fittingly, given its focus on healthy and organic treats, many of which are gluten-free and/or vegan, Hearty Catering operates out of the Canadian College of Naturopathic Medicine. For those trying to cut back on refined sugar, chef Evelyne Gharibian sweetens her cookies with applesauce and cane sugar, but she doesn't neglect those with a strong sweet tooth: Choco-Loco squares, with dark chocolate, walnut, coconuts, and a graham cracker crust, provide an all-natural indulgence. 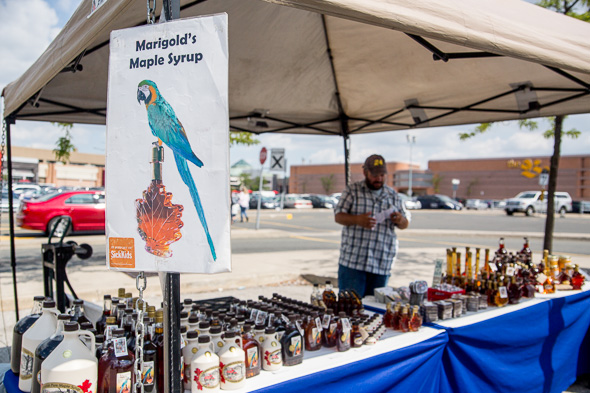 Marigold's Maple Syrup
Marigold, the 75-year-old parrot for whom the business is named, isn't at the market, but Brian Hamilton is happy to talk about her while encouraging shoppers to try samples of his maple syrup. Hamilton sells dark and light syrup in a variety of sizes and presentations, including giftware and custom-etched bottles.

Future Bakery
With its Annex cafe and permanent outpost in the St. Lawrence Market, Future Bakery is a Toronto institution. At the Fairview Mall Farmers' Market, the bakery's focus is on its European-style loaves of bread, although some sweets, such as poppy seed rolls and pecan tarts, are available. 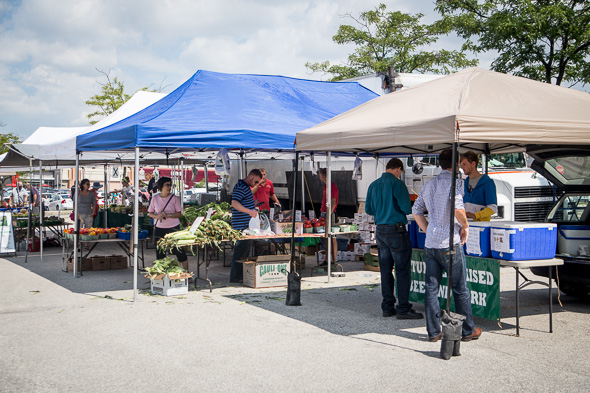