While I'm sure there are probably people who go to the CNE for the rides, or the concerts, or the cat show, there is a growing group of Ex fans whose main destination after walking through the Dufferin or Princes' Gates is the Food Building, where they can spend a delirious hour or two indulging in the guilty pleasure of eating food that both their doctor and their common sense would urge them to avoid on any other day of the year.

Epic Burger regained the pole position they took two years ago with their Krispy Kreme Burger by duplicating the idea - marrying a trendy snack pastry with the reliable beef patty. The result is the Cronut Burger, which is an improvement on the Krispy Kreme version in much the same way that being punched in the stomach is only slightly better than being kicked after you've been punched the stomach. 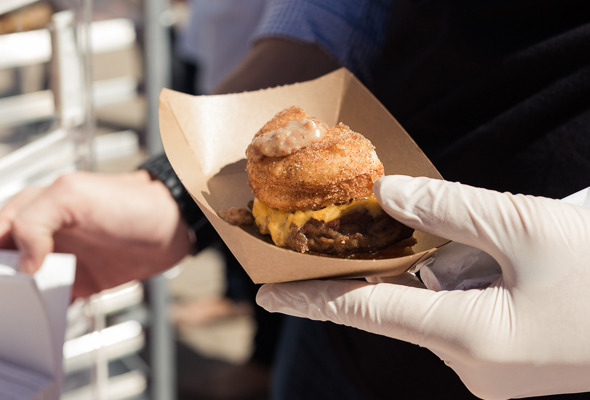 A food fad that began in New York City, the cronut is a donut made by shaping and deep-frying croissant pastry. Partnering with Dundas West bakery Le Dolci to produce the bun for their patty, Epic has pared down the toppings on this year's burger from the Krispy Kreme burger, topping it with just cheese and a bacon maple jam.

For that I was grateful - the most jarring thing about the KK burger I tasted two years ago was the lettuce and tomato, which in terms of both taste and mouth feel felt somehow wrong on the high calorie, sweet-and-savoury combo. They were, in a phrase, simply too organic tasting. The Cronut Burger is simpler and less off-putting, even if the dusting of cinnamon sugar on the cronut pushes the sweet component of the burger a bit too far forward.

To be frank, I would have been happy with just Le Dolci's cronut as a dessert - it had a lovely, crunchy flakiness that I'll remember long after I forget about the Cronut Burger. 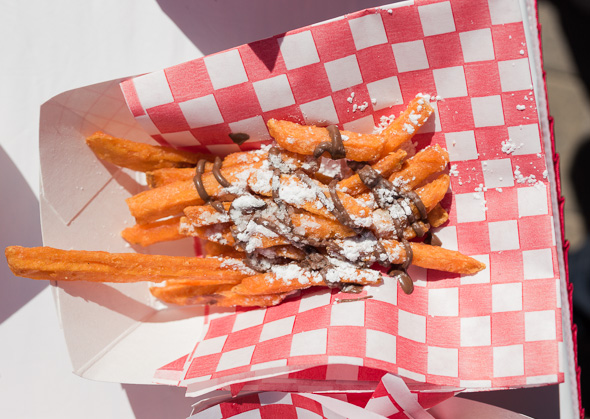 The other CNE food trend this year is Nutella On Everything. The media preview didn't offer a huge taste test to sample, summing up the craze with just one item - Spread Nutellerie chef Tony Vastis' sweet potato fries with Nutella and dusted with icing sugar. If you like to keep your sweet and savoury on different plates it might sound terrible, but it actually worked - Vastis kept the Nutella to a sparing drizzle, and the choice to use sweet potato was inspired; there's already enough sugar in the fry that it comes up to meet the Nutella and sugar. 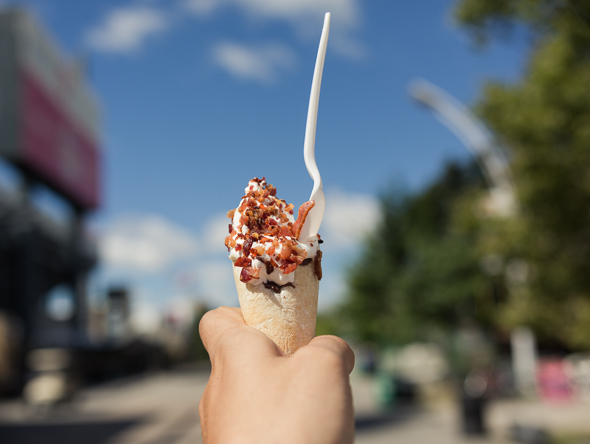 The other jarring food juxtaposition was Just Cone It's Spice Cream Cone - a serving of vanilla soft serve ice cream topped with crumbled bacon and hot red pepper. It was confusing - the bacon added more texture than flavour to the ice cream, while the hot pepper asserted itself after you'd tasted the ice cream. The result was, at least until you'd eaten through the toppings and hit the very nice soft serve ice cream, the taste buds were sending confused signals that summed up every mouthful with "what the hell?" 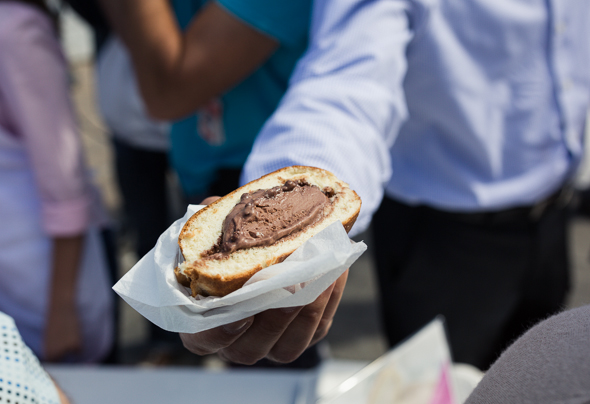 The confusion continued - Sweet Escapes offers hazelnut chocolate gelato in a brioche bun, which might actually be a convenient way to eat gelato without a spoon or a cone, but still begs the question: What's wrong with a spoon or a cone? 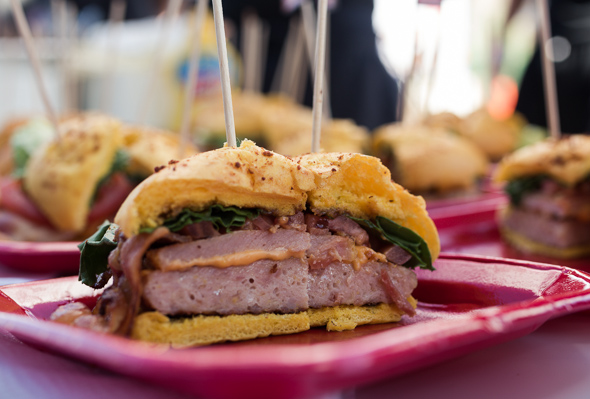 After all of this brow-furrowing grazing, I was grateful to find food that was familiar, even comforting. Bacon Nation's Canuck Burger was an old friend - a bacon patty topped with both back bacon and regular bacon strips. Gluttonous, to be sure, but really nothing more than a variation on a theme. 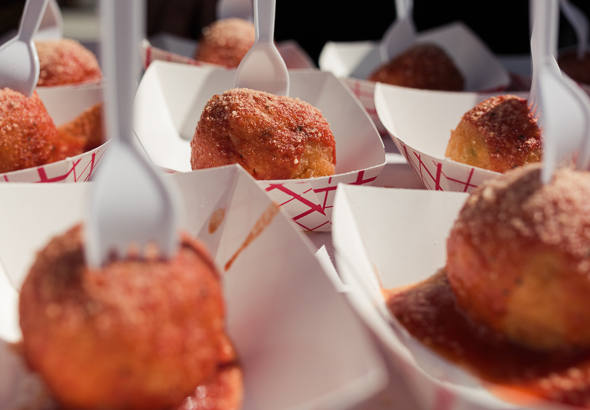 Thyme & Olives had their usual selection of very tasty Lebanese pastries, and Corrado's offered samples of their arancini, or rice ball - a baseball-sized ball of deep fried Arborio rice filled with meat, peas and cheese, topped with spaghetti sauce and a dusting of parmesan. If you grew up with this stuff - or live on St. Clair West or in Woodbridge - it was like a homing beacon for your mouth. 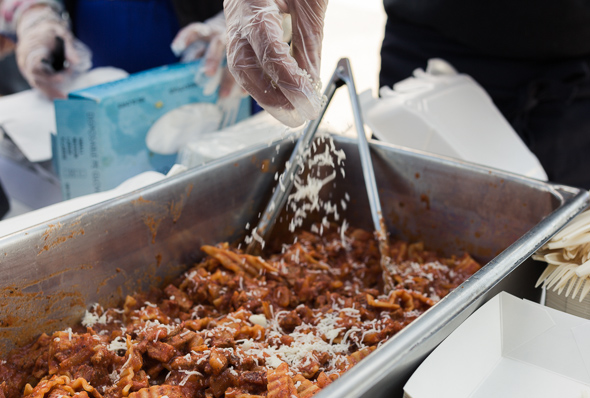 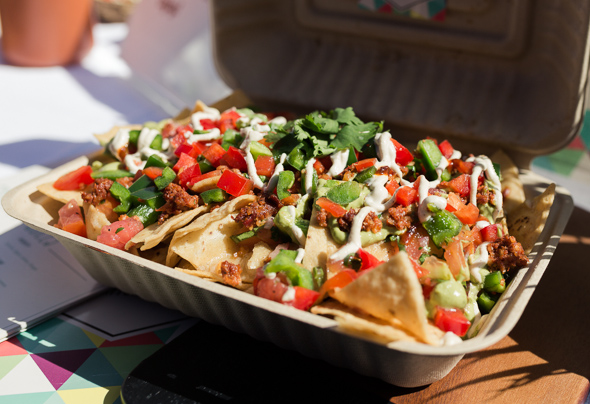