With the current boom in restaurant openings taking up much of the commercial real estate in Toronto, it's no surprise that budding young chefs look for shortcuts to get their food to the masses. Obviously the global food truck craze has been well documented, but given the restrictions placed upon the meals-on-wheels industry in the city, the need for bricks-and-mortar is dire, and several notable food trucks have forged alliances with bars and restaurants around town that are in need of culinary talent.

Gourmet Bitches ran a successful pop-up last year at Churchill, as did Feisty Jack with El Mocambo. The Monarch Tavern provided an excellent home to Zane Caplansky whilst he developed his smoked meat business, before Hogtown Smoke moved in for a spell, and the pub is now hosting Shields Kitchen. The move makes sense, and reflects a popular trend in the UK of bar and pub owners leasing out kitchen space, thus taking the associated financial liabilities off the business, whilst bringing in new customers eager to try the grub.

The Emmet Ray, known for its huge whiskey selection and live music, has also taken this road. After the bar hosted a run of supper clubs featuring guest chefs, Justin van Ditzhuyzen, formerly of The Queen and Beaver, and Richard Hung teamed up in 2012 to launch Mess Hall. 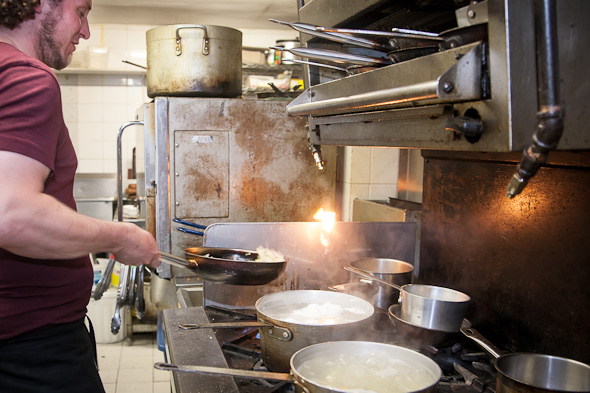 With a rotating menu featuring fresh seasonal ingredients, and meat from nearby Sanagan's Meat Locker, The Emmet Ray has found itself with a new and growing customer base. Serving food until 2am every night, Mess Hall has been keeping bellies full well after neighbouring restaurants have closed down for the evening. Unfortunately, that means that by the time Justin and Richard are finished, there's few options for them to go relax and have a bite to eat, other than making something at home. 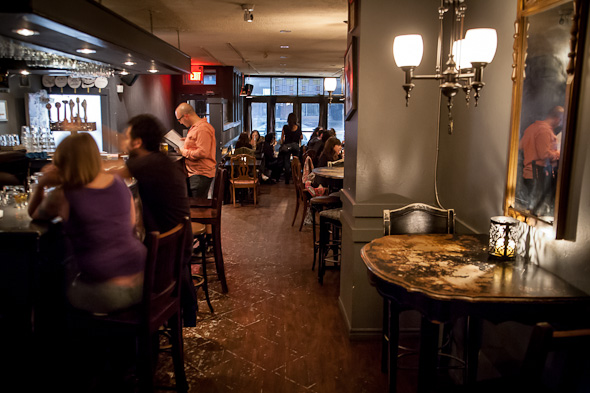 I asked them what they enjoy as a late night snack, and if they could share the recipe with us. On their time off, Justin enjoys sashimi, and Richard loves pho, but they both agreed that these crispy rice snacks are delicious and super easy to put together at home. The Red Dragon Sauce is fast becoming a food trend in itself, as Korean Fried Chicken (super crispy, and doused in the sauce) finds its way onto top tables like The County General and Momofuku Noodle Bar.

1. Preheat oven to 300F
2. Boil rice as per package instructions until just tender
3. Strain rice in colander, remove as much water as possible
4. Spread rice on baking sheet in one even layer, 5. Bake rice in oven until dry, around 60 mins
6. Break rice into chip sized pieces, flip over, bake for another 5-10 mins, till fully dry
7. Cool rice chips on wire rack, store in dry container, should keep up to 1 week.

For the Red Dragon Sauce:

1. Whisk together sugar, water, gochujang over medium heat until sugar is dissolved
2. Bring mixture to boiling, reduce heat to simmer
3. Reduce sauce by around half until thickened, around 20-30mins
4. Stir in soy sauce, sesame oil, salt to taste. 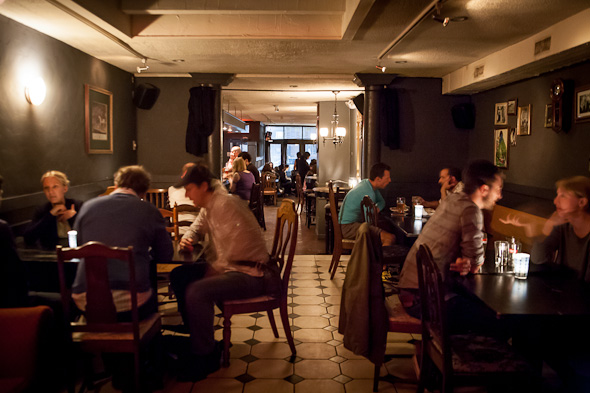 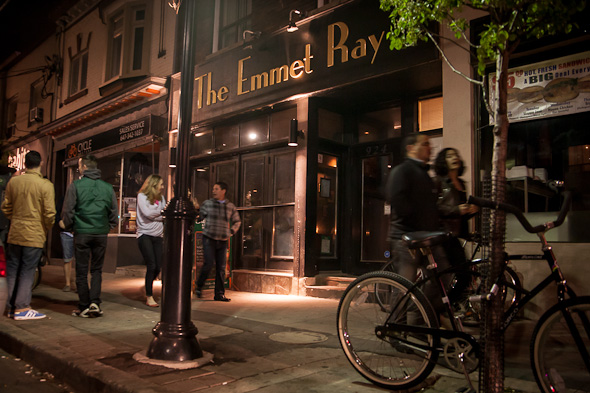 Like the idea of eating around midnight or later? Make sure to download our Bars, Pubs & Late Night Eats app.