Death Row Meals Taco Throwdown II was an epic battle tucked into a tortilla that proved Toronto's taco chops once again. Rock Lobster Food Co. hosted the second annual event. Their Ossington restaurant took on 6 competitors and 80 hungry judges for the sold out match up. 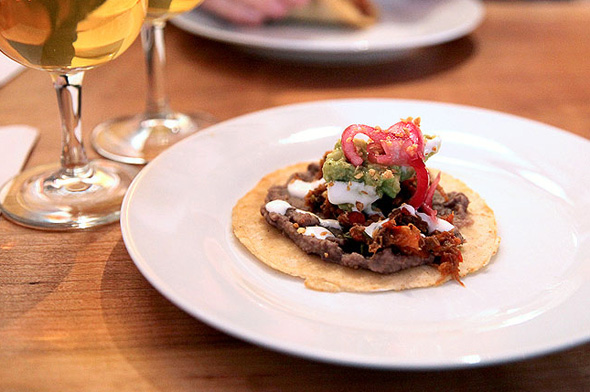 SupiCuCu's Rossy Earle was first up with Tacos de Tasajo en Sofrito, with refried beans, avocado, and crema de queso fresco paired with Beau's Ale. This modestly plated taco bursted with complex flavour. Every bite surprised, and the creamy and satisfying refried beans made me forget that meat was not the main event in this entry. 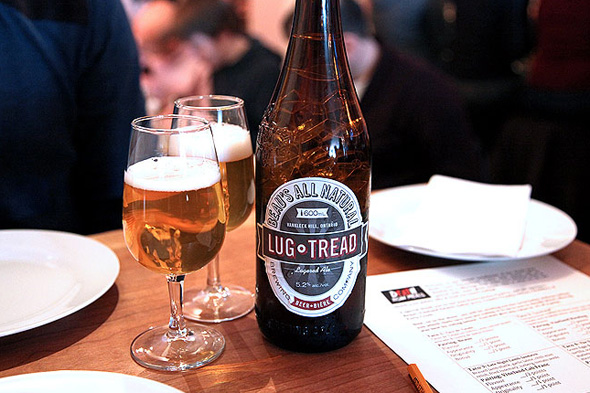 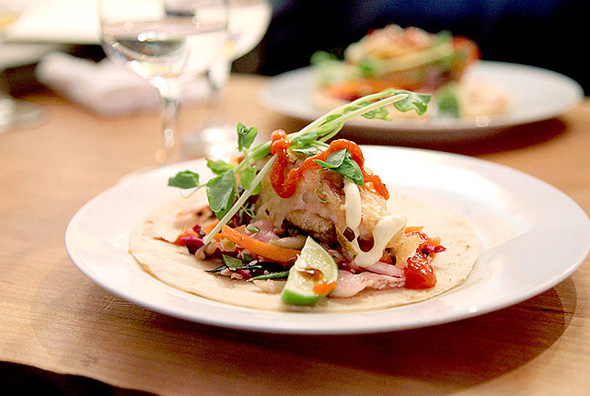 Though meat was not forgotten for long when Fidel Gastro's creation, TacoZuna!, appeared. Chef Matt Basile took his food truck status to the next level with a Tempura Fried Chicken and Banh Mi Slaw Taco, with wasabi aioli and hoisin sauce. Big props go to presentation, and the flavour met expectations. The crisp Vineland Estates Riesling served with it cleansed the palette for the next tasty entrant. 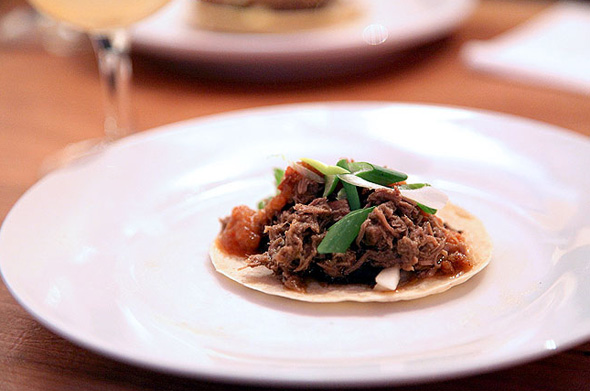 A fellow food truck competitor El Gastr贸nomo Vagabundo was next up with their Late Night Lamb Sandwich served with Vineland Estates Cabernet Franc. Adam Hynam-Smith's creation of braised lamb shank with garlic labneh, chili mint relish, and fried rosemary was an eccentric interpretation. The competition was filling out, as were our stomachs. 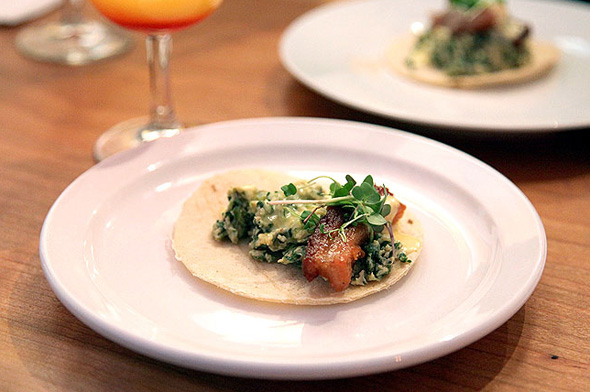 Next up was our host's Rock Lobster's Dr. Seuss Taco paired with Tequila Tromba Sunrise. This combo racked up points for originality for Chef Matt Petit. The inventive creation of scrambled duck eggs and spinach, topped off with pork belly and hollandaise dared traditionalists. The taco was surprisingly light, and the creamed spinach nicely complimented the crispy pork. 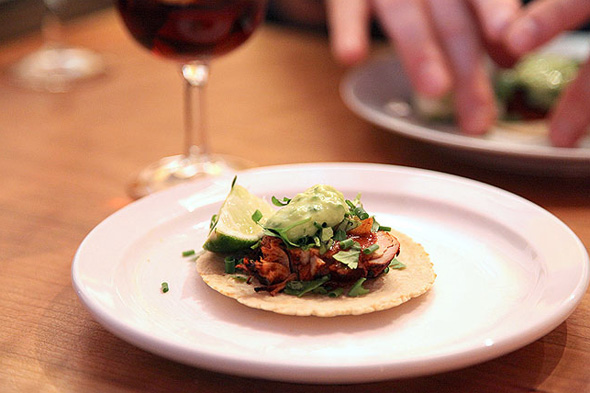 Rounding out the competition was Fonda Lola. Andres Marquez served up deliciously spiced Tacos el Pastor paired with Sailor Jerry and Coke. Gourmet Bitches' chef Shontelle Pinch prepared our last taco of the day, The Mystery Machine Taco served with a Forty Creek Sour. These flavourful last morsels satisfied our final taco fix. We knew the matchup was tight as we were all left guessing who would be crowned Taco Throwdown Champion. 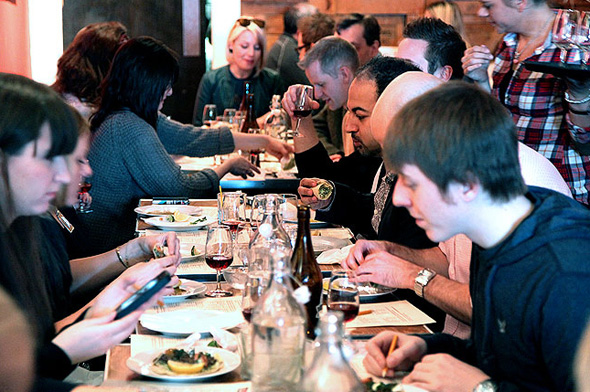 Writing and photos by Terri Tu.