How to make a cocktail: the Pacifier

Having started with a sour, before moving onto the Old Fashioned, it was only a matter of time before my focus for examining Toronto's cocktail scene started touching on interpretations of another of the grand classics, the Manhattan.

Listed as one of David Embury's six basic drinks in the seminal bartending guide 'The Fine Art of Mixing Drinks', the Manhattan has been re-imagined a thousand times over. Legend has it that the drink first appeared in 1874, when a bartender for New York's Manhattan Club created one for a party thrown by Jennie Churchill (apparently pregnant with Sir Winston at the time).

Embury's recipe calls for a mixture of American whiskey, Italian sweet vermouth, and Angostura bitters, though in different quantities than many bartenders would use today. Like with the Old Fashioned and the sour, however, the status of the drink has seen it transcend slavish adherence to a single recipe, with mixologists the world over taking the basic idea behind the drink, and transforming it in untold ways. 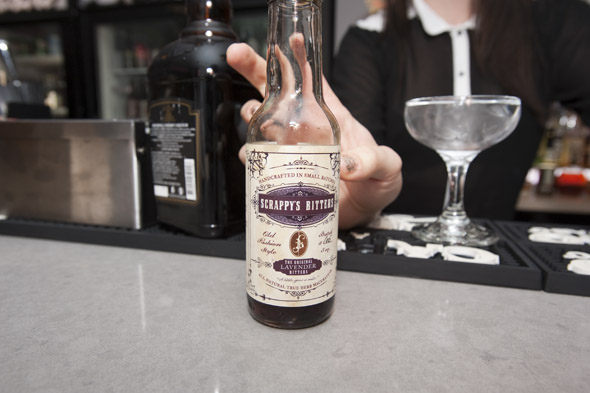 Nowadays, like the Martini, the Manhattan has been transformed into something more like a style of cocktail: the bitterness of whiskey being tempered with a sweeter component, so argues André Dominé, author of modern manual 'The Ultimate Bar'.

The cocktail list at Brockton Village's cocktail and sandwich emporium This End Up has both a classic bourbon Manhattan and a reinterpretation: the Pacifier ($14), using Buffalo Trace bourbon, Cherry Heering (as the sweet component), and Scrappy's lavender bitters.

Co-owner Karen Young charged bartender Bryn Bratton Wall with the creation of an all-bourbon cocktail menu for a party she was throwing, and the Pacifier has stuck around as a regular feature at the establishment. 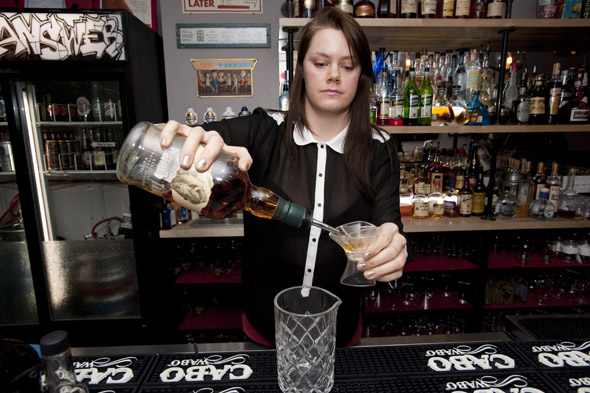 Each ingredient has been hand-selected for the manner in which it can complement the other flavours in the drink. For example, Bryn keeps a small selection of lavender bitters at hand, but opts for Scrappy's formula - the elevated herbal notes play well with the liquorice finish of the Buffalo Trace.

She starts by adding 1½ oz of bourbon to a Yarai mixing glass, ½ an ounce of Heering Cherry liqueur and a just a dash of lavender bitters. (this is quite a strong flavour so no more than a dash is needed). Ice is then added, and the drink is stirred thoroughly before being strained into a chilled coupe glass. (chill by adding water and ice to glass). 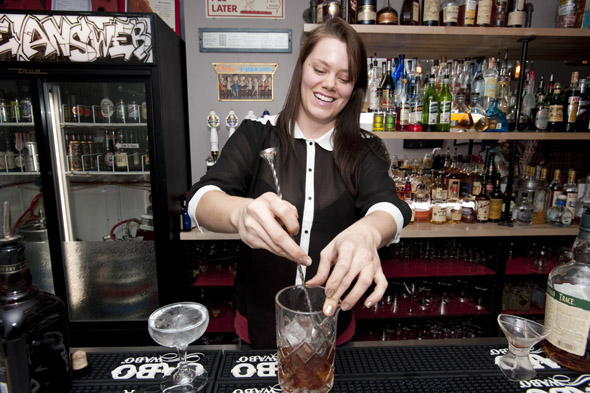 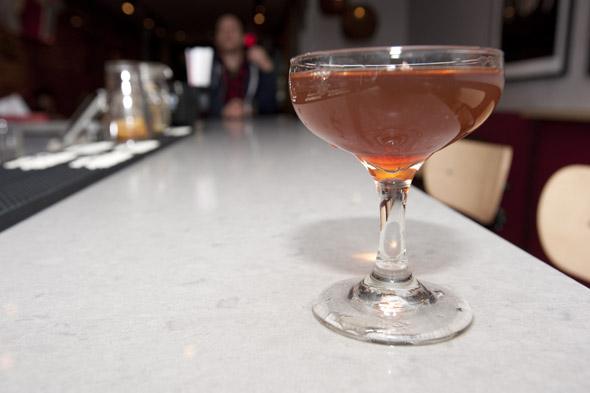 Bryn's play on the Manhattan is just a one of the cocktails you will find on her inventive list that is broken down into easy to identify categories.