Highlights from the Toronto Raw/Vegan Festival

This past weekend just north of Bathurst and Bloor there was a congregation of the healthy sort. Yoga mats and eco-friendly bags were slung over shoulders as those lacking a carnivorous bent files into 918 Bathurst to get their raw and vegan on. Originally a food preference seen as extreme, this nutritionally enthusiastic trend is now more mainstream but still heavy on the dreadlocks. I stopped by the Toronto Raw/Vegan Festival to learn a little about everything from new superfoods to how energy bars work. Here are some of the vendors that intrigued me the most.

Cocovie
CocoVie sells - surprise! - coconut products. Coconut seems to be everywhere these days (water, ice cream, oil) and this event was no exception. CocoVie sells a range of coconut products including sugar, vinegar, flour, nectar and oil. Perhaps the only one you'd want to eat right out of the package is their coconut jam with pineapple. Selling for $10 at the Big Carrot, Pusateri's and their online store, this jam is seriously good - thickly sweet with rich flavour. 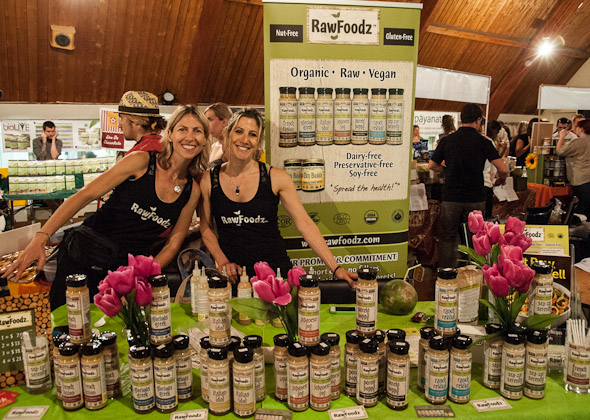 Raw Foodz
If you're the type of person who reads labels, you probably know that salad dressings are often loaded with things you have no idea how to pronounce. Enter Raw Foodz, run by Michelle Cass and Sher Kopman. These sister-in-laws wanted to capitalize on the fact that people like to pluralize with z's, and also eat superfoods and have nothing artificial with their salads. I drank (I mean tasted) every flavour in the spirit of research. I eventually walked away with their new Ranch flavour which tastes exactly like Hidden Valley without the hidden additives. 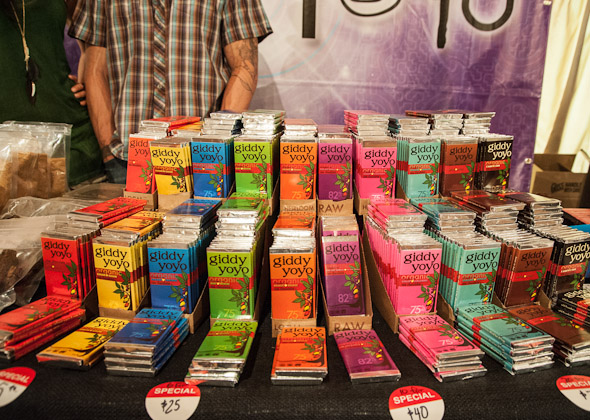 Giddy YoYo
After seeing a hell of a lot of happiness around one table, I decided to dive in and find out why. At Giddy YoYo, I learned about banana powder and banana flakes, two products I was enthusiastically told how to use by the staff. Snippet of conversation. Guy: "I wish someone made me pancakes with banana powder." Girl: "Oh, I will do that for you." Guy: "You are like, the third woman to offer me that." This dehydrated powder can also be added to shakes or oatmeal as a sweetener, and was recently added to Giddy YoYo's popular chocolate bars for their new banana flavour. 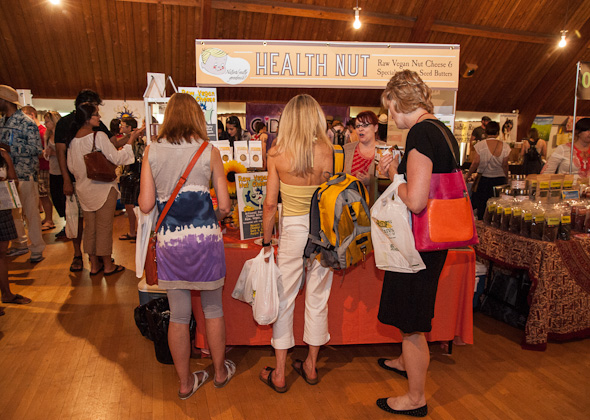 Health Nut Butters
This company, run by swing dance instructor Mandi Gould, makes peanut butter alternatives made out of cashews, almonds, pumpkin seeds and more. I tried (and bought) their Notella - what they market as a healthy, vegan and low glycemic alternative to a European favourite. It's made of hazelnuts, coconut oil, coconut syrup, cocoa and pink Himalayan salt. Awesomesauce. 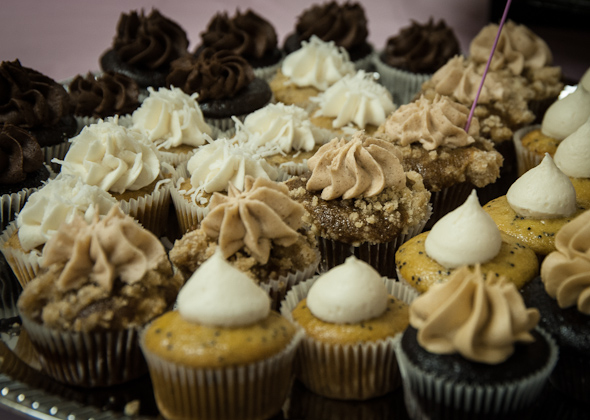 Kupcakes Bakeshop
What's a food gathering these days without cupcakes? Besides the standard cupcake flavours, this catering company offers delectable combinations like Peanut Butter and Jam (sampled, and divine) and Salted Caramel Carrot Cupcakes. Selling for $40 a dozen and not health food, nor raw, but who cares when icing is involved? 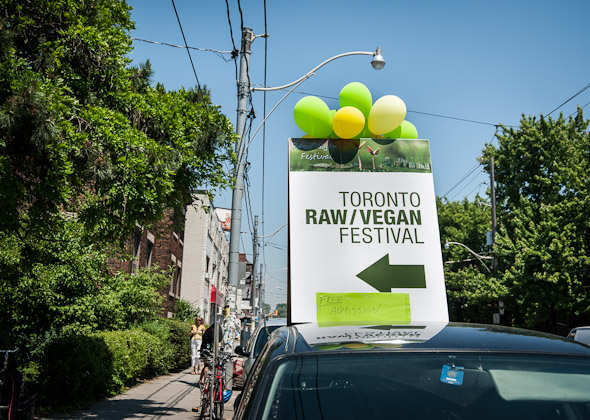