Bob Blumer hosts one weird-ass dinner at the Drake

Bob Blumer welcomed guests and gawkers to the Drake Hotel Monday night for a tasting menu based on his new Food Network show, World's Weirdest Restaurants in which the host travels the globe in search of unconventional dining experiences (to put it mildly). While airing segments of the show, Blumer entertained the crowd, and more importantly, fed them too.

The Drake was packed with food-loving fans, excited for the wacky guest of honour, who didn't disappoint. Waiting for each guest on their table was a clown nose, blindfold and the ever classy roll of toilet paper. Keeping everyone in suspense about the random objects, Blumer wore several hats and seamlessly worked the room into a feeding frenzy, whether it was dressed as a monkey serving beer, or dishing out hot curry from an actual toilet bowl (so that's what the paper was for). 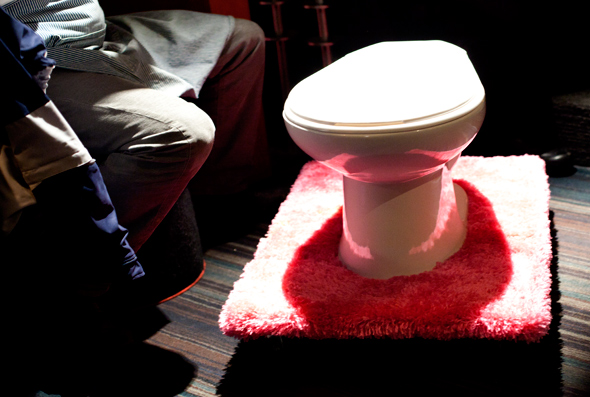 Each course was a nod to a wacky restaurant from the show. Inspired by visit to a Kayabuki Tavern, Blumer had out Chicken Karaage served with sake, Mirin and ginger soy sauce. 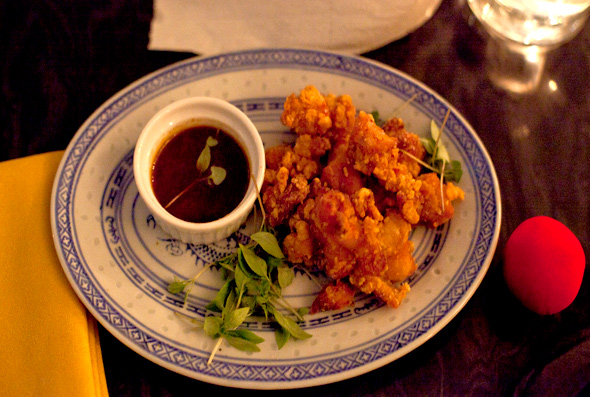 The chicken was tender and crispy, but the accompanying dip was overly salty. To balance it our, our monkey costume-clad host hand delivered pints of Sapporo to the crowd, a not so subtle signal to his experience in Japan, in which a team of monkeys are your underpaid and unhygienic servers. 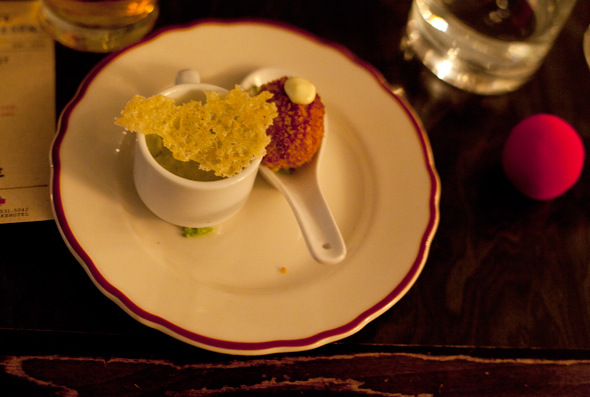 The second course was based on a trip to NYC, in which Blumer dined blindfolded â the theory being that the other senses are heightened, which should allow patrons pick up on things like texture and smell. On the blindfolds went, and small plates were left for us to grapple at blindly.

At this point, I fully jammed my chin into what I later found out was a crab cake, which was accompanied by a parmesan crisp atop a tiny mug of beer and broccoli soup. I really enjoyed playing along and guessing ingredients, the broccoli was left mostly intact, but the beer was well concealed in the warm soup. Photo taking was a touch harder, but it also allowed for some rather inconspicuous shots of our table mates (Dan, I love your Bill Murray shirt by the way). 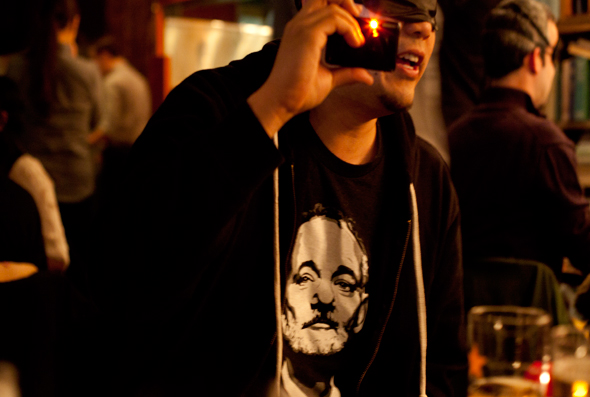 The next screening was from a trip to Taiwan, in which Bob visits a restaurant called 'The Modern Toilet`, a restaurant in which food is served in mini porcelain toilets, and guests are encouraged to order a number two (chocolate soft serve ice cream). At this point, a small army of chefs rolled an actual toilet out of the kitchen, and Bob proceeded to dish out piping hot curry to the masses. 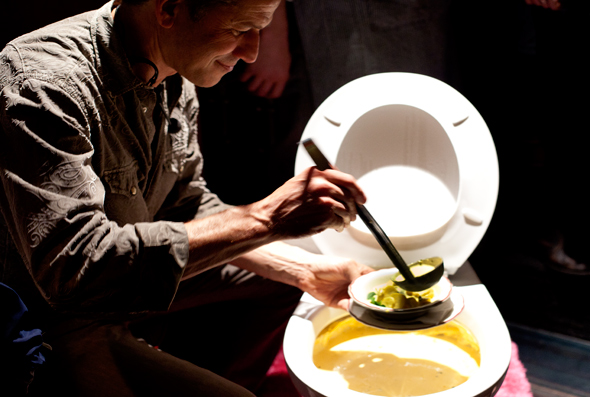 Now, some may be put off by eating out of a toilet, but diners here were ready for the weird, and noshed on the curry with great enthusiasm. This was by far my favourite dish of the evening, creamy and delicately spiced, the curry was rich and well matched with the braised short rib, thinly sliced steamed potatoes and fresh spinach garnish.

Blumer introduced another well-known Canadian chef, Vikram Vij (from Vij's in Vancouver). It was his curry recipe on loan this evening, and although he originally referred to it as a "complete bastardization" of his dish, he relented and was thrilled to be a part of the evening, shaking hands with guests and posing for photos with star-struck foodies. 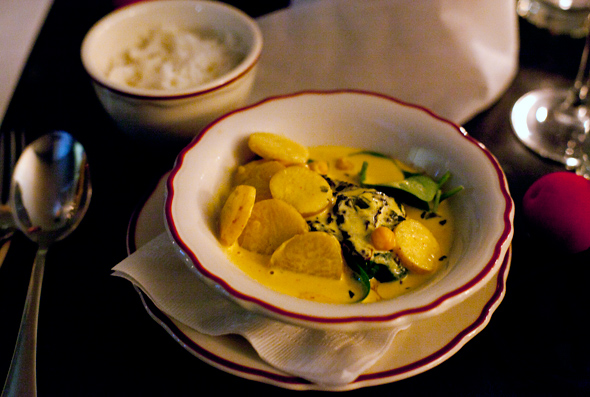 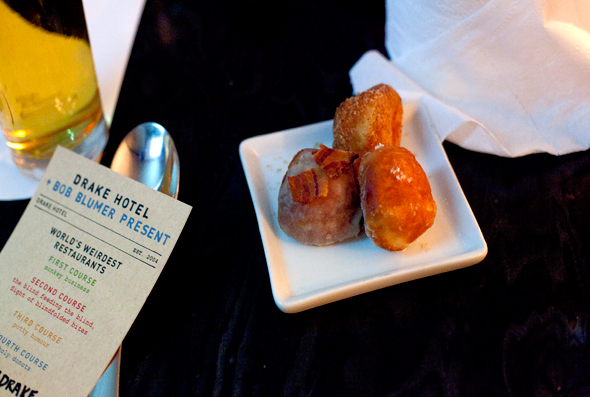 Blumer also let it slip that the talented Executive chef Anthony Rose from the Drake Hotel will be parting ways to cook up his own restaurant venture, I guess we`ll see if it makes the cut for season two of World`s Weirdest Restaurants. 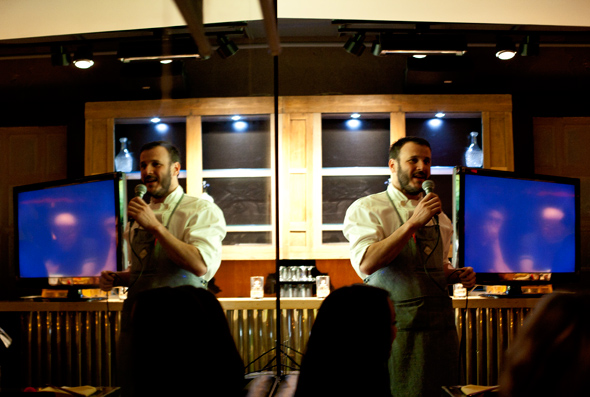