The focaccia is delicious. It's a simple square made of roasted organic potatoes and garlic, but there's something special about the crunchy crust. It simply tastes better than any other focaccia I've had; it's so rustic, sweet and savory. And it's all thanks to the 10-minutes it spent roasting inside the Dufferin Grove community bake oven.

On a Thursday afternoon, all the locals are at the Organic Farmer's Market buying up fresh candycane beets and purple kale as we switch to the roasted veggie and soup season. Dufferin Grove offers several resources in order to engage its community with their food.

The organic farmer's market on Thursdays from 3 to 7 p.m. is affordable and delicious (my sheep's milk feta cheese was eaten in about 30 seconds with some roasted leeks and sunchokes) and a nicer way to do your grocery shopping than the nearby No Frills inside Dufferin Mall. Later in the season, they offer a weekly dinner on Friday nights. For the more intrepid, fire pits are available for anyone with a serious s'more craving. 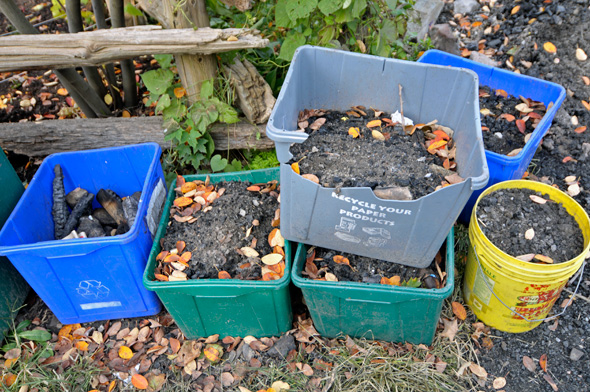 But the two bake ovens available at Dufferin Grove were a challenge to institute. Originally the park was inspired by a documentary they saw about a Portuguese village who made their food in a community oven. Community bread ovens are often seen in Portugal and Italy. Devotees of Pizzeria Libretto here gush about how perfect the charred, bubbly crust comes out of their wood-fired oven.

After much red tape, Dufferin Grove finally got a permit to secure the manufacture of their bread oven in the park in 1995. Prepping the oven is a fairly old-school practice, which has to be watched over by a park official. After gathering your own logs and kindling (usually there are some left over from the park's own baking that day), you must light a fire and stoke it for several minutes, slowly pushing back your fire to the back of the oven at 20-minute intervals as the embers burn down. (They call this "burning it white," as the oven's dome and brick walls change colour with the fire.) 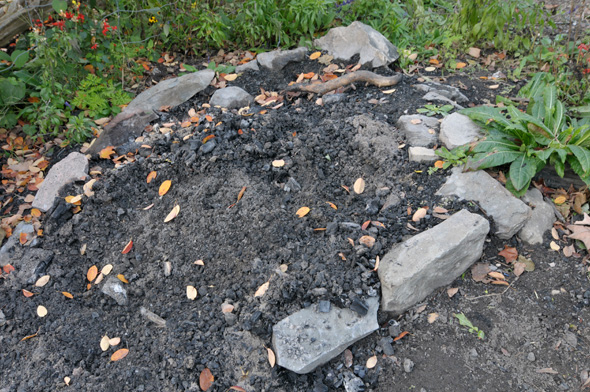 When the flames finally burn out, you collect the ashes and deposit them in the ash pit, and then clean the oven using the community's mop. The specialized bricks conduct so much heat that the oven stays warm for several hours after that. A fire started at 10 a.m. can still bake a loaf of bread in 45 minutes by three in the afternoon. Generally the oven is about 450 degree farenheit and you can contact the park for peak hours when it will be at its hottest.

Dufferin Grove encourages interested parties to observe their bakers in action, and will even give you a sourdough starter to take home. If you want to use the bake oven for your own event, you can contact the park to make arrangements for the oven's use. Previously it has played host for everything from mini potluck parties to a seminar on bagel making. 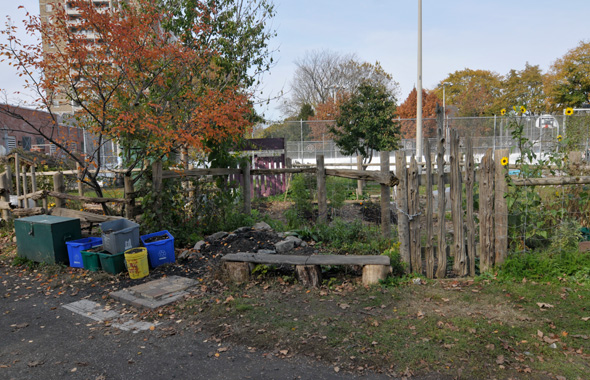 The bake oven hints at a simpler time, before bread machines took the gruntwork out of baking and bakeries dotted every block. On the park's website is a lovely manifesto on what the bread oven has done for the community. It stresses the fact that baking bread takes time, it draws people in through their senses. It cultivates a community through memory and nostalgia of how generations have cooked for themselves. A hot loaf of bread still warm from the fire is one of the most satisfying things in the world. But it's the ritual that keeps a community well fed.

Place all ingredients in a large bowl, keeping yeast and salt from directly touching each other. Mix all ingredients by hand until they have incorporated. Knead the dough on a a lightly floured surface until it is smooth and elastic. More flour can be added if the dough is too wet to form a soft ball after kneading, or if the dough is very stiff. It should be a soft, slightly sticky ball of dough.

Place your kneaded dough in a lightly oiled bowl and cover with plastic wrap. Leave your dough to rise in a warm place until it doubles in volume, about one hour.

After the dough has risen, you'll have enough to make a long, flat sheet of focaccia or two round loaves. Cover and let the dough rise on the sheet for 45 minutes. OMG recommends halving the recipe to make one cookie sheet of focaccia.

Be sure to drizzle the bread with more olive oil and sprinkle with sea salt. Place the focaccia into the Dufferin Grove Bake Oven (which will be approx. 475 degrees) until crisp and golden brown, approximately 10-12 minutes. Bake until deep golden in colour. Remove from heat, cool and eat with butter or a spread of your choosing.