Foodstock brought the people out in droves on Sunday to a rainy, wooded potato farm 85 kilometers north of Toronto to sample gourmet, local dishes and to show their support for local agriculture that is up against a very serious threat in the region.

A swath of farmland north of Orangeville a third the size of downtown Toronto may be turned into what locals refer to as a "mega quarry" for mining limestone. Should the Melancthon Quarry come to be, it threatens to destroy a huge chunk of rich, agricultural land, to disrupt wildlife, and to drain a water table that is a valuable source for the surrounding area and everything south of it towards Lake Ontario. 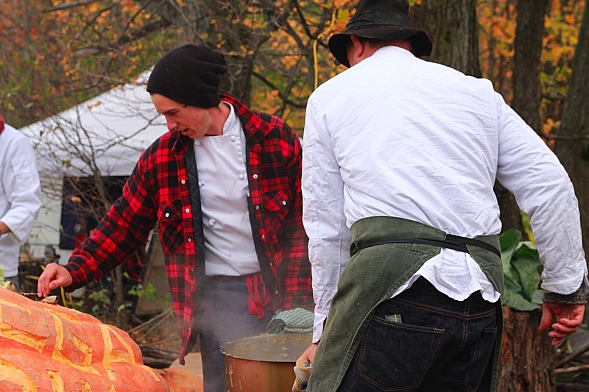 About 100 chefs from across Canada — many of whom were from Toronto — cooked up lobster risotto, squash lasagna, apple pie, and other hearty dishes at Foodstock, an event to protest the mega quarry and to show support for local food. The pay-what-you-can event included big name chefs like Jamie Kennedy, Michael StadtlÃ¤nder (Eigensinn Farm), Keith Froggett (Scaramouche) and Alexandra Feswick (Brockton General) and drew a crowd upwards of 20,000 people, organizers said. Even though it was cold, rainy and incredibly muddy, the mood was light and the crisp air smelled of smoking wood and rustic food. 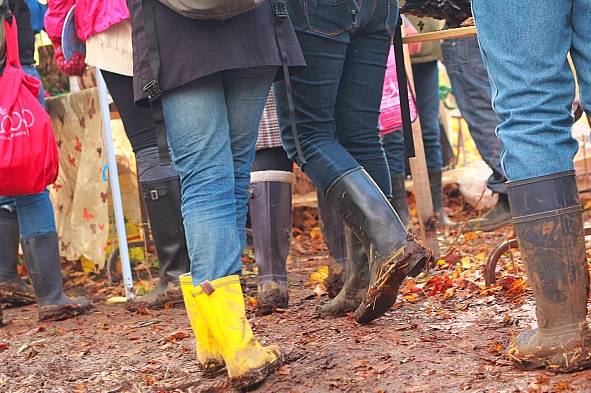 The event was held directly across the road from the proposed quarry on the land of a potato farmer who refused to sell to the quarry developers, an American company called Highland. Highland is looking to excavate limestone that sits well below the water table, which means they'll have to pump an estimated 600 million litres of water from the area every day in order to get at the limestone and keep the work surface dry.

Though it rained steadily for much of the afternoon, the crowd did not thin out. They were a hungry bunch, dedicated to the cause, but that pales compared to the generosity of the chefs who came out. They donated their time, their work, their product and they got just as muddy and rained on as everyone else. "It's a huge donation," said Moe Matthieu about being a participating chef. 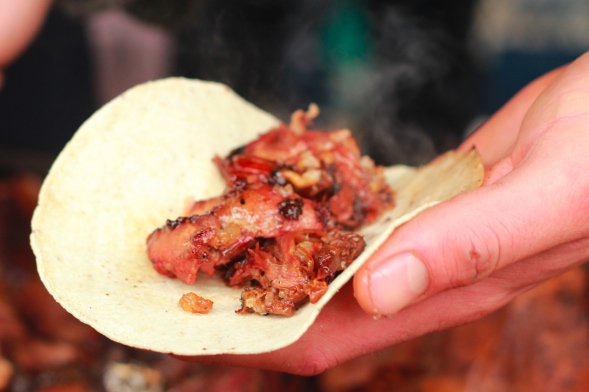 This is perhaps particularly true of both Matthieu, who flew from Saskatchewan, and his partner, who came from Cape Breton. Why travel all this way? "It's important to the agriculture of all of Canada," said Matthieu.

His booth served up red lentil with elk sausage and apple gravy. The sausage was prepared in the region and the apples grew on the property where the two chefs had slept the night before. Talk about local! 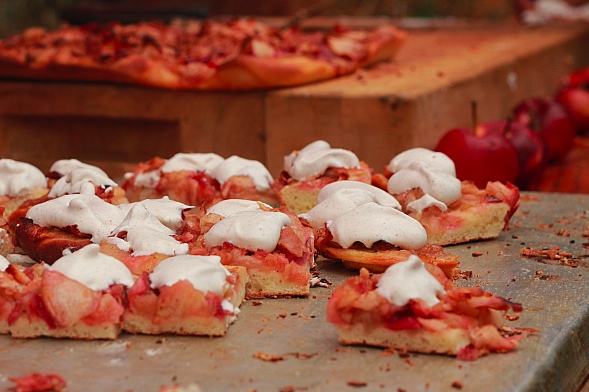 Other culinary highlights included apple pie with cinnamon whipped cream, grouse wings with apple and jalapeno jelly, and at the Pizza Libretto booth were juicy, spicy meatballs made from beef, veal and pork.

Many Foodstock attendees agreed that the turnout was a great show of solidarity, but that there isn't much hope that they'll be able to stop the quarry. Grim as that may be, the crowds and enthusiasm give reason to be optimistic about the bigger picture. This weekend saw thousands of people standing up for local agriculture, and still thousands more occupying Bay Street to rally around the global financial crisis. Mobilization, 1. Apathy, 0. 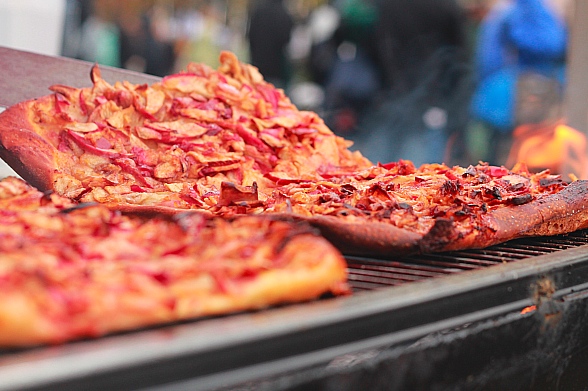 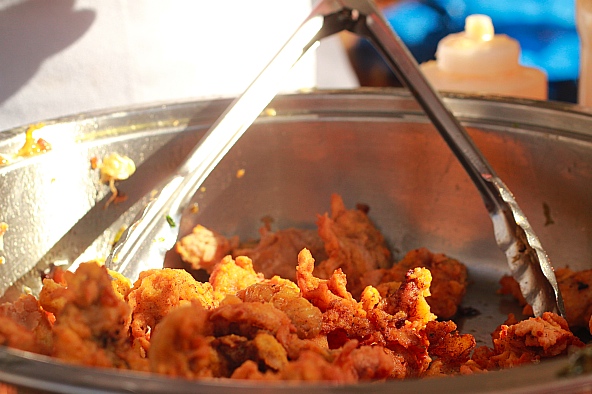 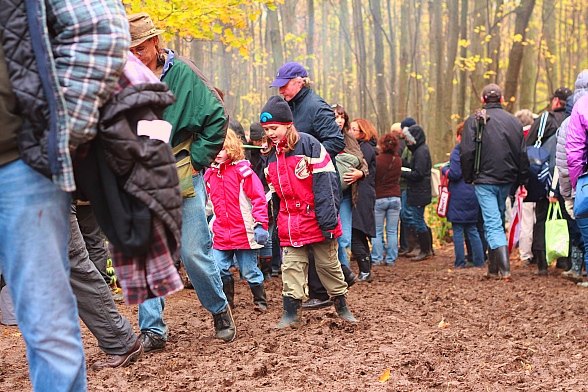 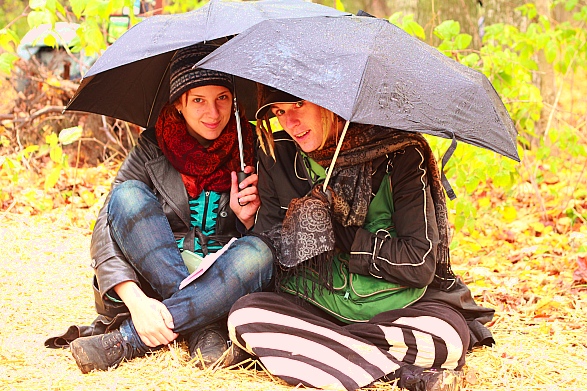 Writing and photos by Emily Burke