It was a weekend jam-packed with food (and just as many people) in our gluttonous city as the T&T Waterfront Night Market overtook the Port Lands. Adapted after the hugely popular street bazaars of Asia, this new feast for foodies is downtown Toronto's answer to similar events taking place north of Steeles. 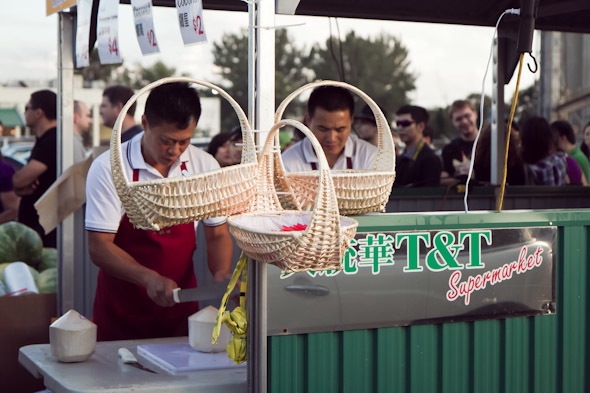 Considering its direct competition with the much bigger and more established Taste of the Danforth, I wondered if Night Market organizers underestimated the turnout, given how disproportionately small the parking lot venue was to the hungry mobs which overwhelmed it. 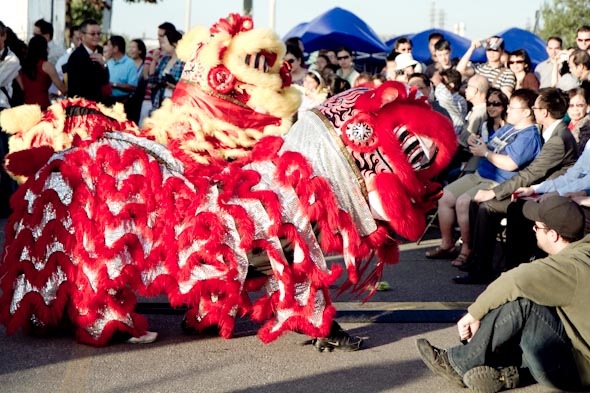 Suddenly it seemed as though any hopes we had of eluding the Greektown crowd were dashed as the sun set lower and the line-up for smelly tofu snaked even longer up, down and between the rows of vendor booths hawking everything from churros to token on-a-stick foods such as "Tornado Potato", teppanyaki squid and beef tongue. The Danforth's elk taco offerings had nothing on these exotic delicacies - not for the faint of heart or stomach. 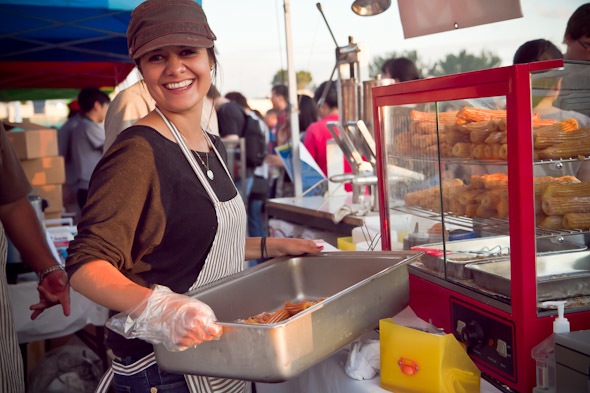 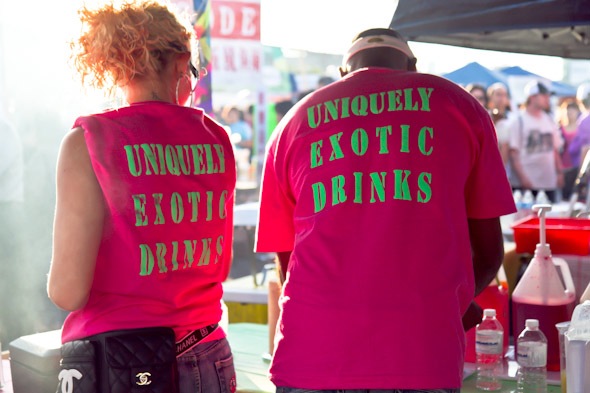 For those with a more distinguished palate, there were freshly shucked oysters on the half shell and boiled, succulent lobsters. Even renowned chef Susur Lee made an appearance in the form of his famous cheeseburger spring rolls. Who said street food can't be classy? 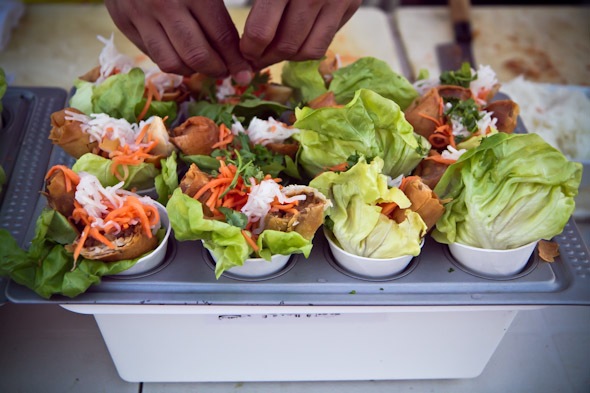 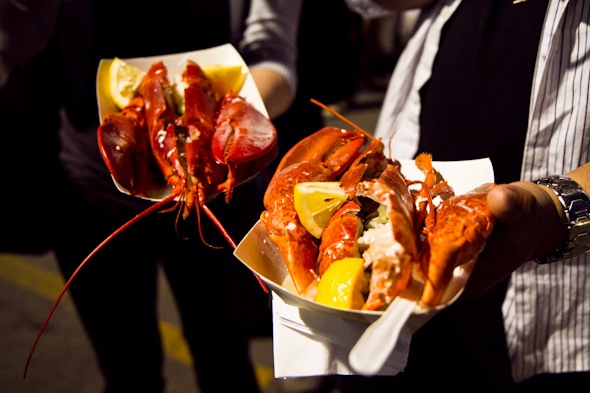 If standing in line was not an option, drinks, desserts, and desserts in the form of drinks were your best bet - never before has filling up on liquid tasted so good, or healthy. We spotted sweet soups and wholesome herbal blends made with snow fungus, gingko and lotus seeds. 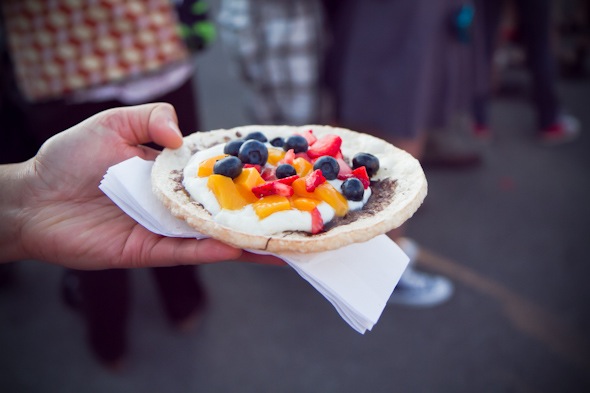 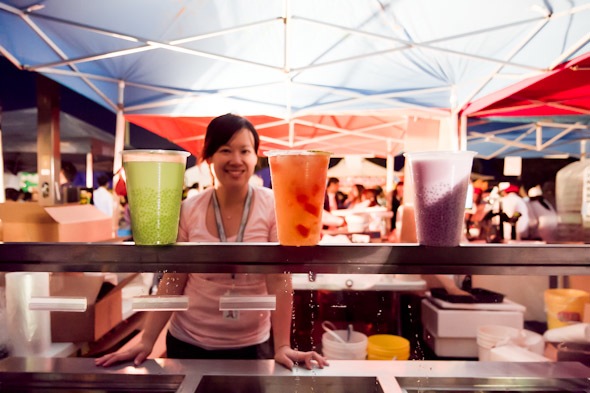 And for the truly starving souls who couldn't wait to gorge themselves on more solid foods, you could have always sought refuge, as I did, inside T&T Supermarket for a simple and delicious BBQ pork bun.