The local food train keeps on chugging, and this past weekend it made a stop at historic Fort York for Toronto's first annual Conscious Food Festival. From the minds behind Toronto's Festival of Beer and the Toronto Wine & Spirit Festival, the Conscious Food Festival aimed to bring people together to learn more about the local food movement while enjoying the fruits of labour from local farmers, chefs, brewers and other producers.

In a recent Eye Weekly article, festival co-founder Scott Rondeau said the event was about education and awareness -- getting people to think a little more carefully about what they eat.

And there was more than enough to eat. Which makes sense. Chef Jeff Crump, author of Earth to Table and executive chef at a the Ancaster Mill restaurant, was also involved in the development of the festival. 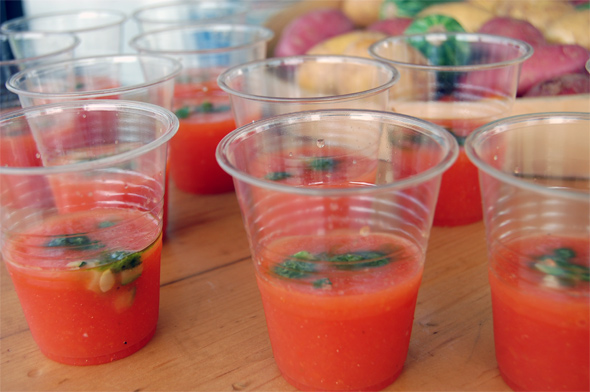 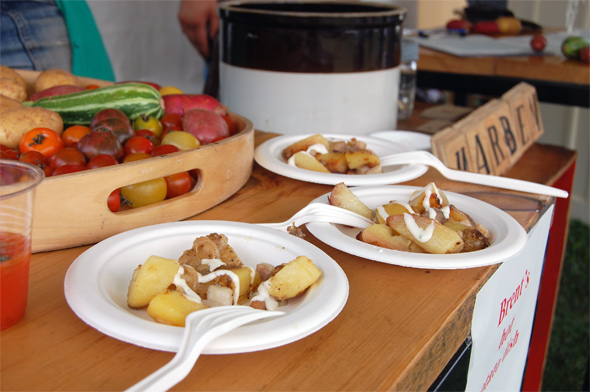 The food was great, with other restaurants like Marben, Cowbell, The Auld Spot, Grindhouse Burger Bar and chef Rodney Bower (of former Rosebud and The Citizen fame) cooking up quality eats. 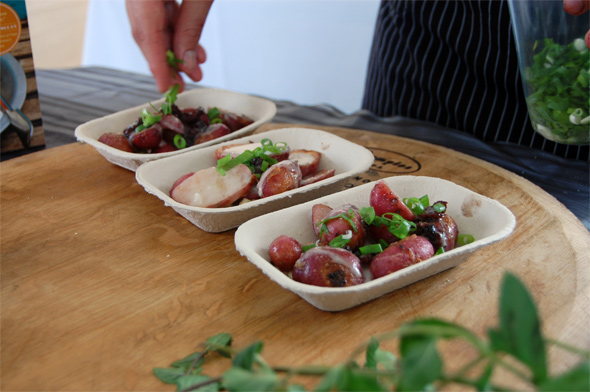 Ethical chocolate makers ChocoSol were on hand with their ever-popular handmade corn-tortillas. They had a pedal-powered corn grinder that a member of the crowd would power for them periodically when they needed more. 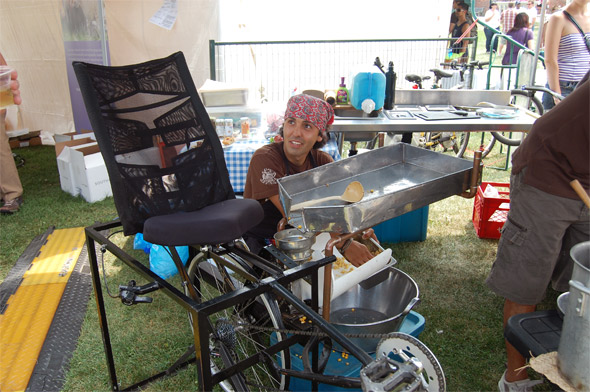 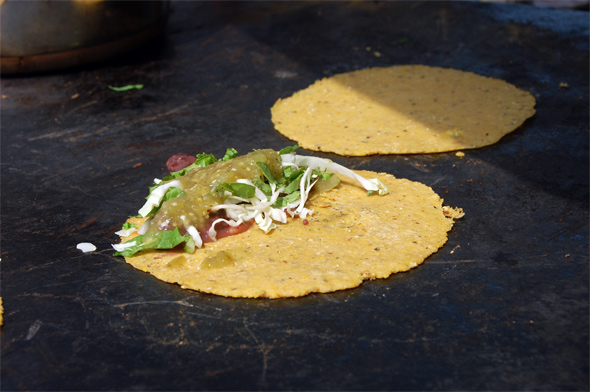 Local breweries Mill Street, Creemore Springs, Amsterdam, Steamwhistle and Muskoka Cottage Brewery were on site as well. Muskoka even teamed up with Cowbell - their Hefe-Weissbier was in Cowbell's Ontario heritage pork sausages and in their Beermosas. 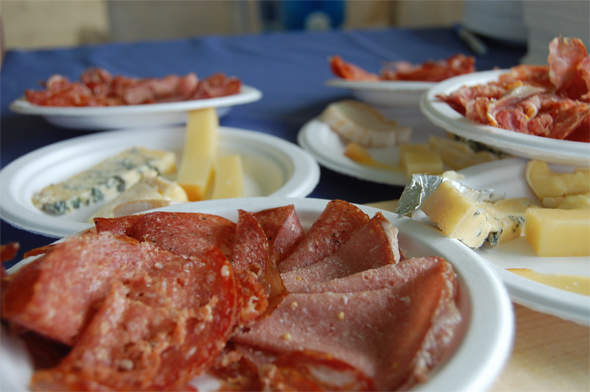 But there were a few booths where, if you bothered to stop and chat, you would learn some pretty interesting things and talk to some pretty interesting people. Local Food Plus, a relatively new local/sustainable food labeling program, was promoting their recent Buy to Vote campaign, where they are asking shoppers to shift $10 per week to certified local sustainable foods.

They estimate that if 10,000 people made the shift it would be equivalent to taking 1,000 cars off the road, and would support the local economy enough to create 100 new jobs.

Foodland Ontario presented a Concious Food School where local chefs and farmers gave cooking demonstrations while dishing out some knowledge. And Ocean Wise, a conservation program founded by the Vancouver Aquarium that helps people identify and source sustainable seafood, was also on hand giving out handy wallet-sized guides. 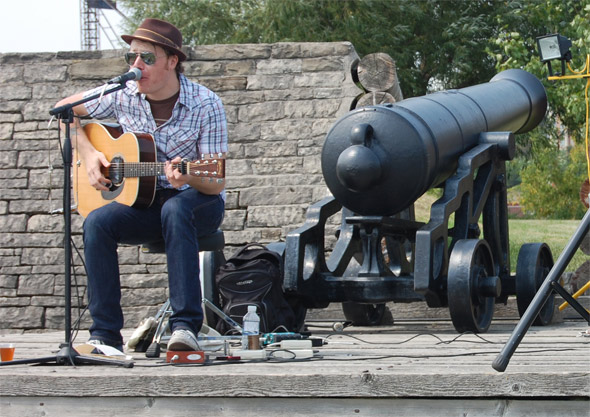 There were also two stages with live music entertainment.

The price of admission was $18 in advance or $23 at the door, and included five food tickets. Those wouldn't get you all that far, and my guess is that most people would need another five tickets ($5) or so. Looking at a total cost of about $23-28 (depending on how much you ate and drank), it was decent value for the money.