The Toronto FoodieMeet Bake Off

The FoodieMeet Bake Off recipe calls for a large bowl. Mix up Twitter, a dash of charitable giving, plus a healthy portion of sweet-toothed Toronto food lovers and you get a delicious and social Sunday night at The Samovar Room. 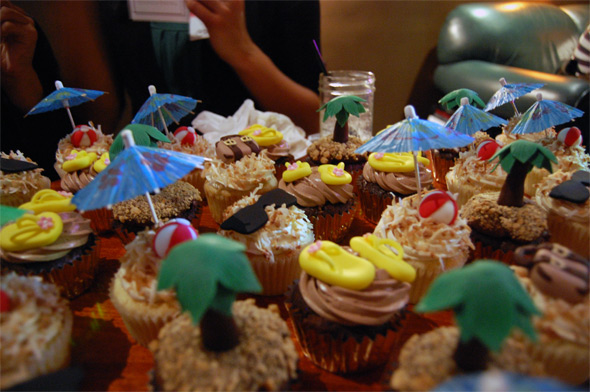 FoodieMeet (@foodiemeet) is a group that started on Twitter, as a way to bring Toronto foodies together one tweet and one meet at a time. It was the brainchild of Andrea Chiu (@TOfoodie) and Suresh Doss (@spotlightcity), who connected on Twitter through their mutual love of getting out and experiencing the city through food.

"We had never met in real life before, but we, along with other geeky food-lovers had been discussing food for months on Twitter. It seemed natural to get us all together face-to-face," said Andrea.

So they organized their first meet up at Brassaii Bistro, who had been tweeting about the opening of its well-loved patio last May. With the success of their first meet up they have since organized a tutored wine tasting of Ontario wines at Cafe Taste in Parkdale, a miracle fruit tasting party, and a bus winery tour of Prince Edward County. For Christmas they decided to host a fundraiser, and the Bake Off was born. 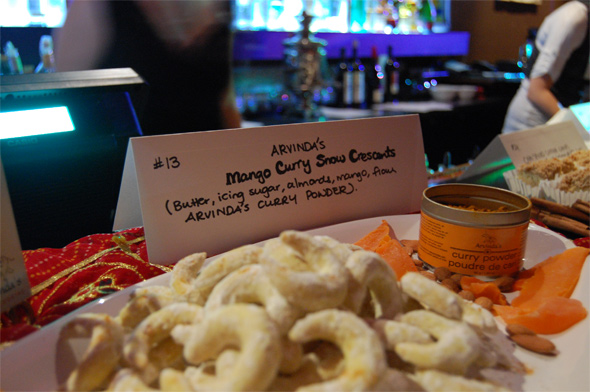 The bake off benefited The Stop Community Food Centre, a food bank and advocacy group with an innovative mix of community outreach programs designed to help Torontonians become more engaged in the food they eat.

For a crowd of over 100, the FoodieMeet Bake Off offered up a serious selection of delicious baked goods, raffle prizes any foodie would be thrilled to get, and a little booze thrown in for good cheer. 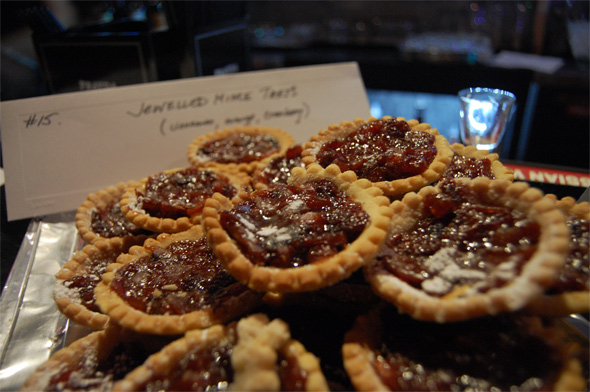 It was a packed house, but no one seemed to mind as we noshed on goodies and enjoyed our sugar highs. The judges voted Michelle Edgar of Sweet Escapes Patisserie (Mayan Chocolate and Eggnog Mousse Macarons) as best professional baker, while Riona Kum (Coconut Cupcakes with Kaffir Lime Icing) won for best amateur baker. The fan-voted favourite were the Tandoori Shortbread Tarts with Passionfruit Curd from Paul Morrison (@ekkridon)

Even though the selection was a little cupcake- and bacon-heavy, my personal favourite indulgences of the evening included the Tandoori Shortbread Tarts with Passionfruit Curd (so creative!!), the Coconut Cupcakes with Kaffir Lime Icing (so moist!!), the Jeweled Mince Tarts (so Christmas-y!!) and the True North Strong and Frees (a combination of maple and bacon on shortbread; so Canadian!!). 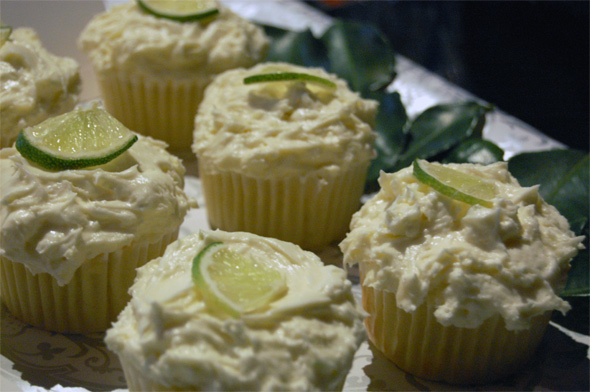 Once again, an interesting group spawned on the pages of Twitter, and has put on an equally interesting event.

While I continue to come down from my sugar high, you can check out @foodiemeet for TO food tweeting and upcoming events.