Fridge Files: On The Fringe of Mount Pleasant

I am always interested in what food can tell me about a person. In "The Fridge Files" I give a candid snapshot of random and willing Torontonians' lives by categorically breaking down the heart (or maybe more appropriately the belly) of their kitchens, the fridge.

Now on my fourth Fridge File, I am delighted to have random strangers continue to invite me into their homes.

Smaller is Better
Living in a condo means pint-sized appliances for Janet. But overall she doesn't mind; having a small fridge means she can't buy more than she needs for any given week.

Our Daily Bread
After a trial run from the library (we should all be such discerning book shoppers), Janet decided to buy a copy of Artisan Bread in Five Minutes a Day. Now she can make single serve fresh baked bread whenever the mood should strike her. Past projects have included bagels and bialy. Next up is the ever-popular brioche, baked with a Nutella and crushed hazelnut filling.

Home Cooked Loving
Having moved to Toronto about a year ago, Janet is enjoying more kitchen space than she ever has and this has been incentive for her to cook at home. When I visited, there was a homemade peanut butter flavoured hummus, dark chocolate and lemon truffle base, carrot lemon & ginger soup, and some grilled trout with red peppers. 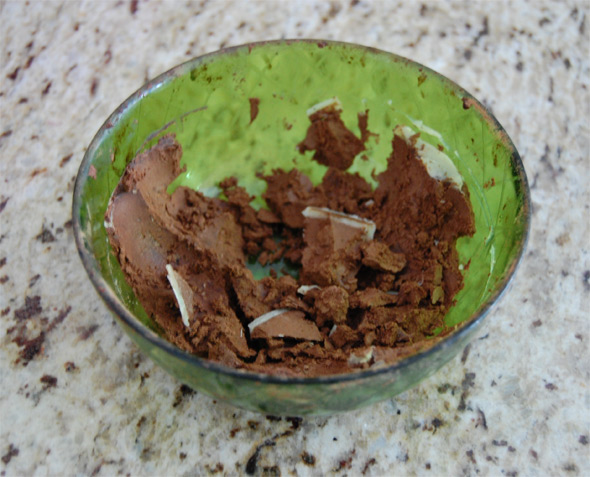 Steppin' Out
Most of Janet's grocery shopping is done out of the neighbourhood. Being in health care, her work is transient, and she tends to pick stuff up in whatever neighbourhood she's in. But the bulk of her food shopping is done on weekends at places like the Loblaws Superstore at Don Mills and Eglinton, or in Chinatown.

When eating out, neighbourhood spots like AlizĂŠ Restaurant, Zucca Trattoria, or Jules Patisserie are Janet's go-to eateries. Outside the hood she likes Fressen and Ravi Soups.

I Think I'm Turning Japanese
Another favourite dining spot Janet recently discovered is Manpuku. When we met she was getting ready for a two week trip to Japan, and has been immersing herself in Japanese culture through the beef udon at Manpuku and cooking Japanese at home. When in Tokyo, she plans to taste real red snapper at the world famous Tsukiji Fish Market.

Where the Cheese Goes to Die
From the Land of the Living (i.e. the refrigerator) we moved on to No Man's Land (i.e. the freezer). Janet, admittedly, really had no idea what we'd find in there, so we dug in together. There were (in order that we pulled them out): bagels, mixed frozen berries, frozen cheese, bacon, butter, grapes, more bagels, more frozen fruit, green onions, hash browns, red pepper, more frozen fruit, tortellini, more bagels, ice cream, Kraft grated cheese, pizza, pesto, and more butter. I was darned impressed considering the size of that little freezer.