About a month ago I noticed the windows of the Polish eatery Staropolska covered in newspaper and I thought to myself "what a shame, another old Polish spot bites the dust on the ever-changing Roncesvalles Ave." But then I felt reassured by the hand-written sign in the window indicating they were closed for a "reno." A week or two ago I noticed a new sign saying they'd be open soon, and figuring they had made like Cafe Polonez and spruced the place up, I kept going by so I could see the new look.

Turns out the new look means a whole new restaurant. A decidedly un-Polish restaurant at that (menu below). Thus, the birth of Bistro 299.

On one hand I'm not entirely surprised. Although my cousins consider Staropolska's perogies the best in town, my wife and I are partial to Cafe Polonez and particularly Roncesvalles Bakery (although those we get to make at home). We're not the only ones divided on the Staropolska vs. Cafe Polonez debate, but it's been obvious that while Cafe Polonez packs 'em in each night you never had trouble getting a table at Staropolska.

I'm also not entirely disappointed. I know that neighbourhoods naturally change over time, especially neighbourhoods with an immigrant base. Yes, there are still more Polish residents than any other ethnicity in Roncesvalles, but those demographics are changing and the main business drag only naturally changes too. Some of the Polish shops aren't much to get excited about anyway, so I'm happy to have the selection of wine bars, bookstores, cafes and so on that Roncesvalles offers. I don't even mind the idea of a bistro; my favourite restaurant in town is Silver Spoon, and they are definitely not Polish either.

But at the same time I'm disappointed that there is one fewer spot to get some darn good perogies on the block and I don't want to see the Polish businesses close because they aren't getting enough sales. After all, I don't want to have to go out to Mississauga every time I want a fix of homemade Polish food.

Hopefully a new look, new name and new menu work out at the prime corner location that I'll still think of as Staropolska for quite some time. 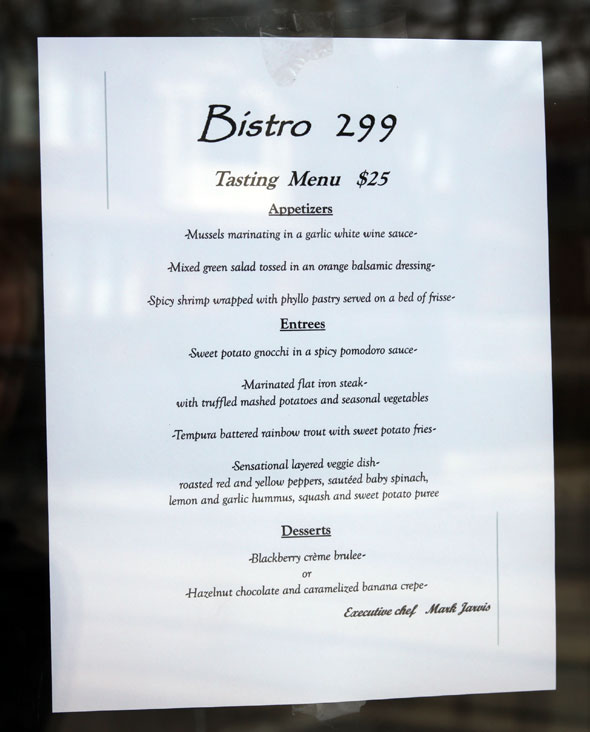