I am always interested in what food can tell me about a person. In "The Fridge Files" I give a candid snapshot of random and willing Torontonians' lives by categorically breaking down the heart (or maybe more appropriately the belly) of their kitchens, the fridge.

Now on my third Fridge File, I am delighted to have random strangers continue to invite me into their homes.

The Times They Are A-Changin'
Having lived in the neighbourhood for almost 20 years, Paul remembers a time when the only late night option for take-out on Ossington was a bad karaoke bar. Fast forward to today where a new bar or resto opening is the norm. 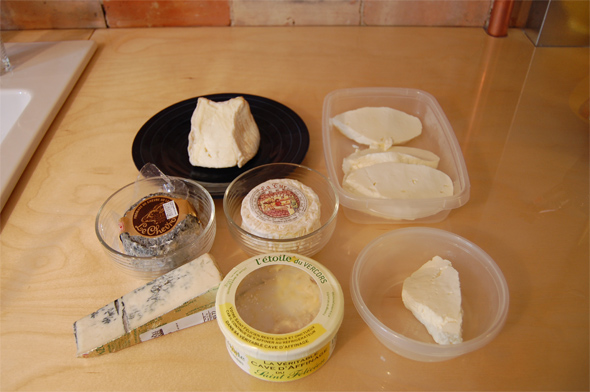 Cheeseheads In The House
Both Leila and Paul are vegetarians and have become cheeseheads in the process. Meals mostly revolve around the cheesy stars of the show, with a nice bug hunk of Delice de Bourgogne sitting on the counter for lunch when I visited. Cheese shopping is frequent, and they usually hit Alex Farms in the St. Lawrence Market, La Fromagerie on College, and Whole Foods to get their fix.

They Get Their Food On The Outside
Running a software development company takes up the majority of Leila and Paul's time, so they often find themselves having to eat out. Favourites in the 'hood include Musa, Aunties & Uncles, Gandhi Roti, I Deal Coffee on Ossington, Ella's Uncle, and Golden Turtle. Outside the hood (which usually means in and around the office) they love Sukhothai, Utopia, CafĂŠ la Gaffe, and Chabichou (a cheese shop that serves a mean Croque Monsieur). A long-standing love affair with Terroni ended last summer when they started serving horse meat. 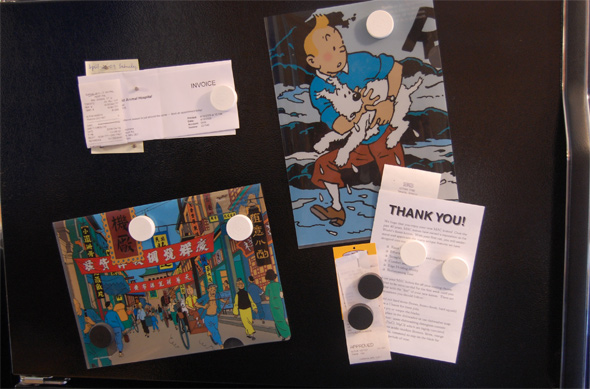 Shop 'Til You Drop
Leila is originally from France, and tends to food shop in the European style of frequent and fresh, picking up things for that day or the next. There isn't much in the way of stores in their immediate area except a 24-hour Metro that is great for emergencies, but not much else. Otherwise they tend to frequent Fiesta Farms, the St. Lawrence Market, Whole Foods and occasionally Kensington Market. 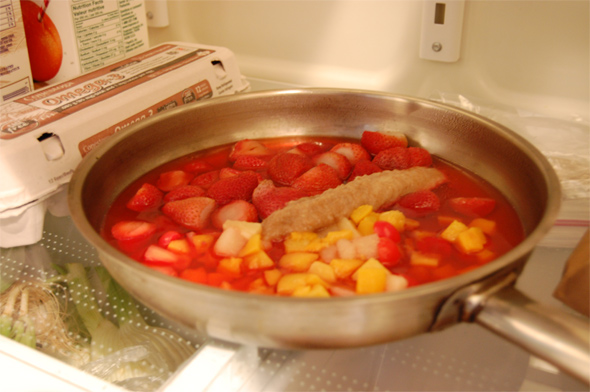 Finding Time For The Good Stuff
With a reno just finished, Leila and Paul are trying to re-connect with their kitchen and find more time to cook at home. When digging around the fridge I found a homemade fennel soup and the beginnings of a fruit compote to be served with French Toast. All the talk about food also got Leila to thinking about the pasta dish she was going to be making for lunch that day. 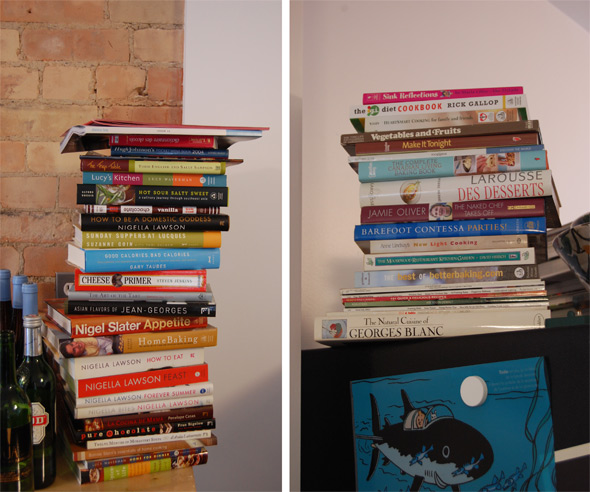 In the kitchen were several stacks of cookbooks, all of which had been used and referenced at one time or another (which is impressive since I think many people have cookbooks on their shelves that have not yet been used; I know I do). Paul told me about a peach jam-making disaster in the pre-internet days, where he erred on the side of more sugar and ended up with a hard, solid mass of cooked peaches. 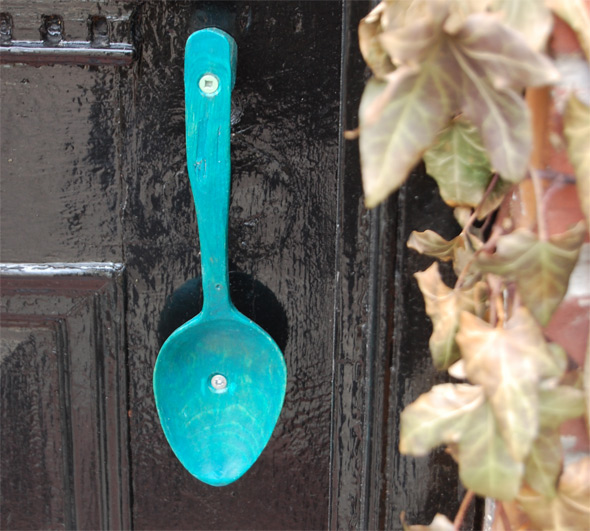 A Wooden Spoon From Tangier
On my way out I just had to get a picture of the bright blue door handle that I learned was picked up on a trip to Tangier in Morocco. Once an ordinary wooden spoon, they stained it when they got home and decided to use it on the door.