The Unplugged Woodshop is the only workshop in Toronto that is dedicated exclusively to using hand tools for woodworking. Come here if you're looking to work with your hands and feel like you've accomplished something - without the aid of technology or power tools.

The owner and lead instructor, Tom Fidgen, is a mastermind of all things wood. Originally from Cape Breton, this East coaster is certainly humble about his extensive resume; he's written two popular books about traditional woodworking using hand tools, and is commissioned internationally - from Australia to Denmark - to teach his craft. 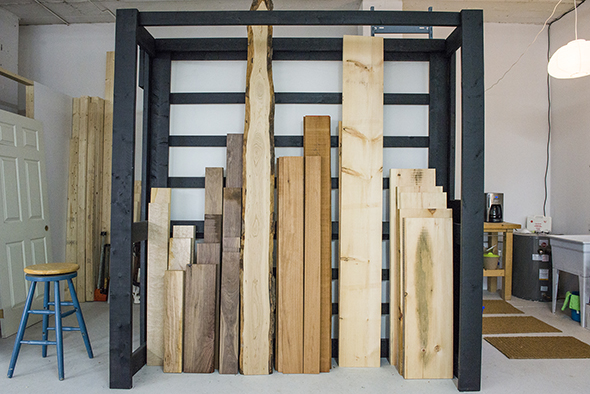 His blog, The Unplugged Woodshop , reaches upwards of 60,000 views a month, along with his YouTube tutorials , some reaching over 500,000 views. After working in the industry professionally since '93, he opened his own studio in Toronto due to the demand from his growing community (and outgrowing his 12x12 basement offering one-on-one sessions.) 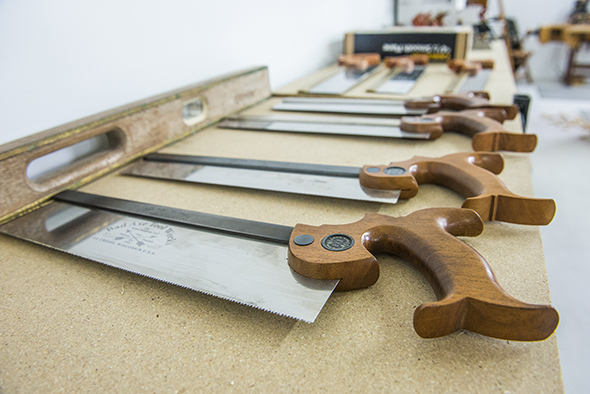 The 21,000 square foot studio, located in Leslieville in the Carlaw Industrial Building, is on the second floor and has tons of natural light. Their offerings are extensive, from two hour introductory classes to hand tools and sharpening, to four day intensive workshops and five week long classes to make a unique piece .

I attend the Introduction to Hand Tools class ($100 + HST) for two hours on a Saturday morning, which Fidgen mentions is his most popular class. 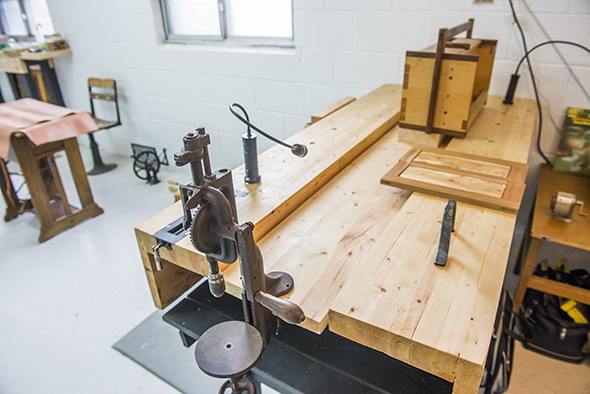 I walk into the studio and am greeted by Fidgen and his apprentice, Justin Starr. There are three other students in the class, which was a perfect number so that everyone could get one on one time with the instructors (and ask a bunch of questions afterwards.) 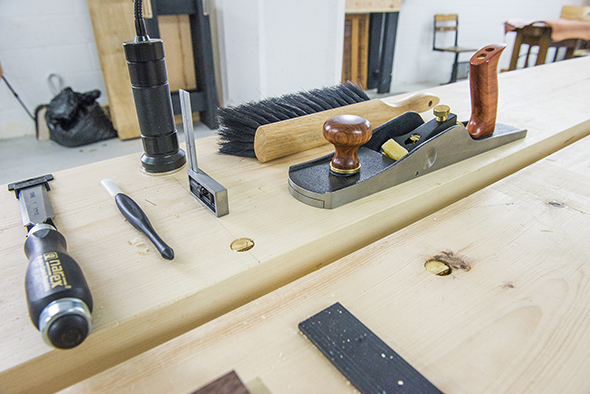 Fidgen starts off the class by explaining some of the properties of wood, and why it's important to build with local rather than imported wood. Without over-explaining, he lays out some important fundamentals to understand the ebbs and flows of the material. We're then introduced to the two saws we'll be using, a cross-cut saw and a backsaw. 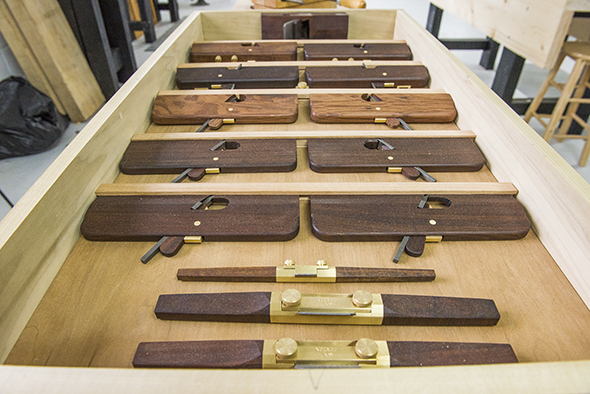 Fidgen explains the two different types, one for cutting against the grain and one for cutting with the grain. Fidgen is full of examples and analogies during the class, and explains that his 9 year old daughter, Piper, is the best at using a saw, since you're meant to let the saw do the work for you rather than focus on your strength. 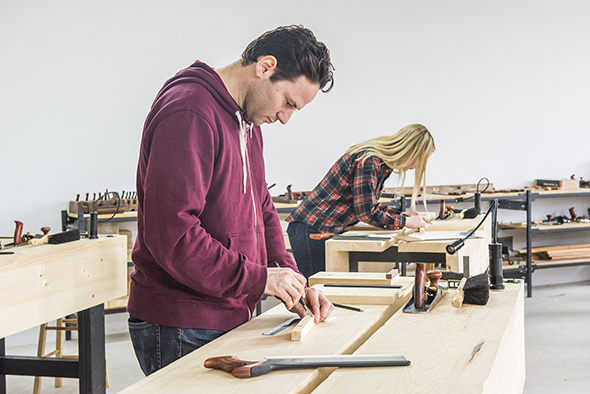 We proceed to the dedicated sawyer benches (a staple Fidgen mentions is crucial to working with hand tools - he also offers a class to show you how to make your own), and we start sawing. Although I've only sawn a rough cut on a small piece of wood, I feel a sense of accomplishment.

Now that we've made our cut, we're off to our work benches where Fidgen introduces us to hand planing. Fidgen passionately - and patiently - explains what tools we're using and why, and a bit of the history surrounding each piece. 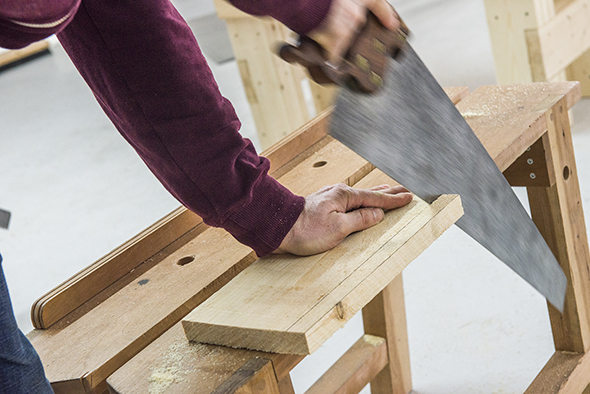 It's a craft he's perfected. I begin to plane my piece of wood, and being someone that's dabbled in hobby woodworking before, I'm impressed with how smooth the piece can get using a hand planer. After continuously running the planer over the wood, I can begin to see the appeal. It's quite relaxing. 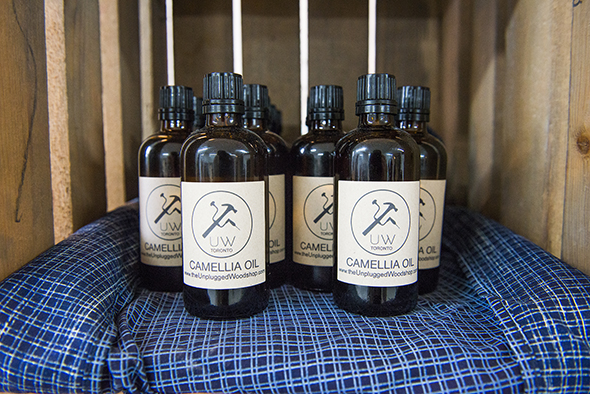 Curious about the other hand sanders in the room that are on display (I later learn Fidgen has referred to the space as a "hand-tool emporium") I begin to ask some questions, that are eagerly answered by Fidgen. He introduces me to some unique, antique hand planers, including a beauty from New Zealand.

Fidgen has been working with hand tools on and off his entire life, sparking from an original interest from his dad, helping him frame houses when he was a kid. In '93, Fidgen signed a record deal with his band Sunfish and played professionally until 2000, and in similar Canadian musician fashion, didn't make much money. 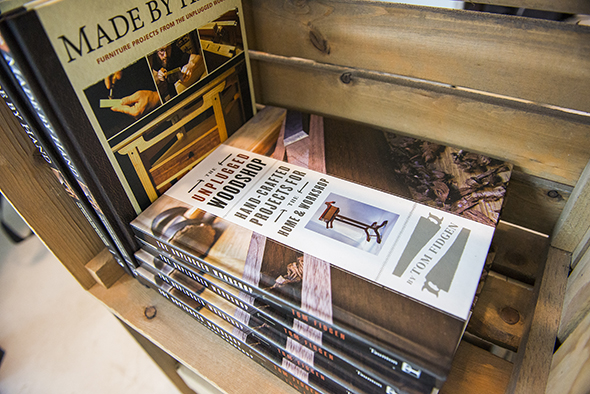 While he was off the road touring, he worked with his hands. Given he was a guitar player, using hand tools to prevent unnecessary injuries from power tools was a natural fit. He proceeded to get involved with set design and eventually began building boats in Cape Breton, and writing about his work including his first book by Popular Woodworking. 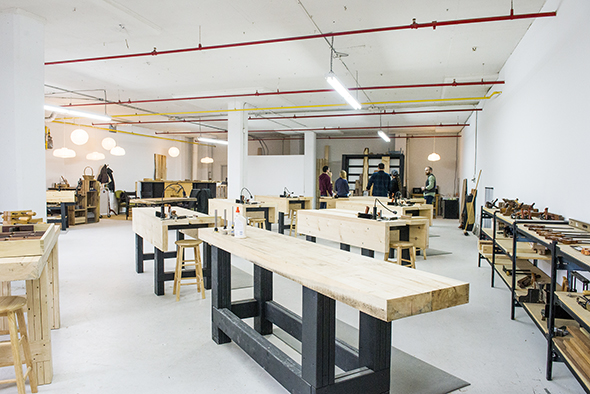 His passion is contagious, and he explains why he's stuck with it: "It always come back to working with these [holds up his hands] and this [points to his head] and that [points to his heart.] It's all of the above when it comes to doing this work. And there's no halfway, you either love it and enjoy it, or you don't. You don't just kind of like hand planing." 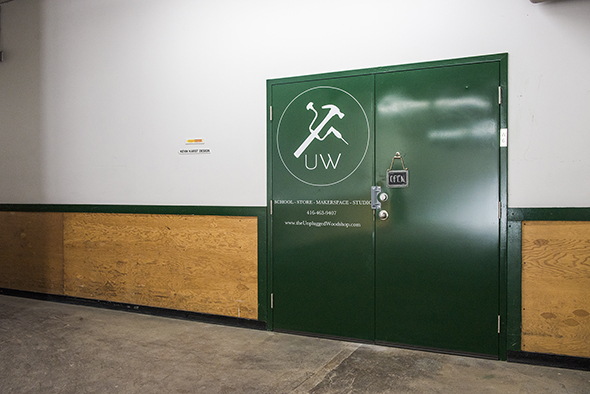 The Best Do-It-Yourself Spaces in Toronto