Stacklab tries to distinguish itself from Toronto's other reclaimed wood design shops in one important way — and it involves impressive (at least, to me) computer software. "We're not just tables," says founding designer Jeff Forrest. "We want to create specialized objects and spaces." 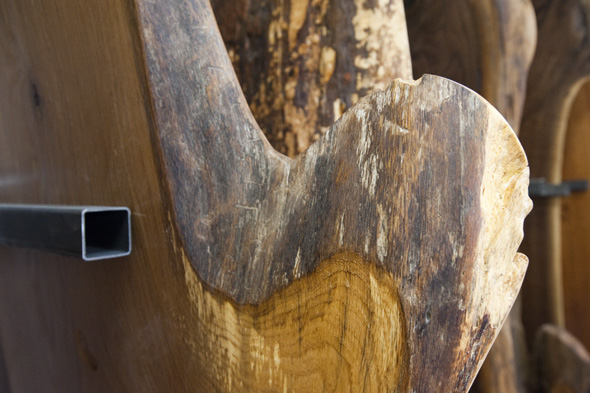 Nothing exemplifies that mission better than Stacklab's most recent design coup: a custom-made oyster road case made from 2,500 to 4,000-year-old redwood burl for local catering company, Neptuno Oysters .

The plan was conceived in collaboration with Studio Kimiis using a computerized script and designed with natural glaciation patterns in mind.

The piece had to accommodate a variety of variables — melting ice, for example — while maintaining aesthetic flair. The finished product is stunning, and certainly an innovative notch on Stacklab's design belt. 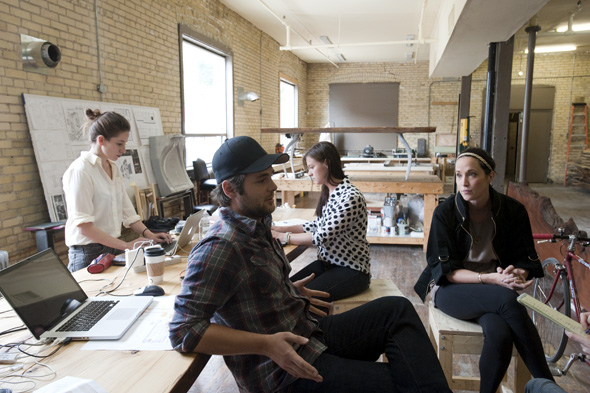 "It's traditional woodworking," Jeff says of the business, "and a lot of playful design. I think it's the breadth of the type of projects we take on that distinguishes us from other places working with reclaimed wood." 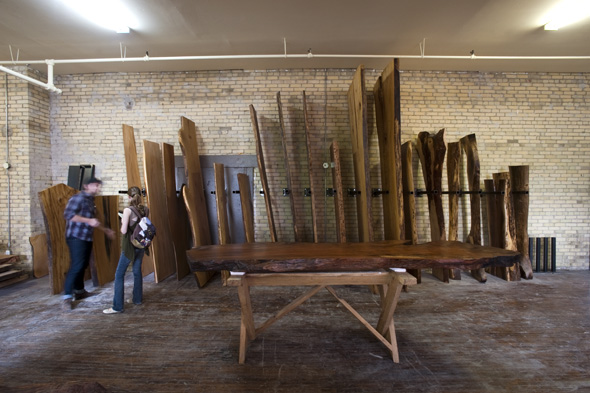 Jeff started Stacklab about one year ago with a partner in the construction industry. Originally from Calgary, Jeff studied architecture and moved to Toronto where he later worked briefly with Canadian Salvage Timber . 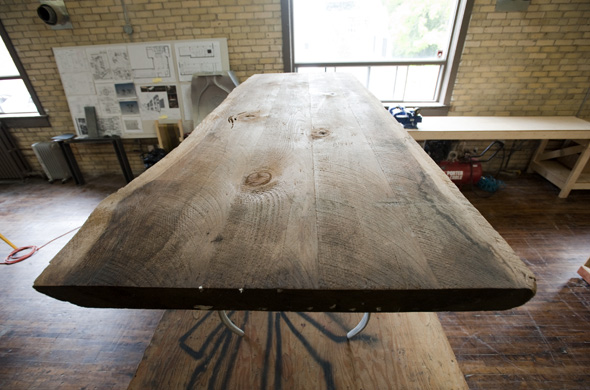 "It's been really exciting," Jeff says of his venture so far. "And we've gotten our hands on some historic lumber."That lumber includes the aforementioned slabs of redwood, as well as elms milled in Wychwood Park , salvaged pieces of spalted maple, black walnut, cherry, and more. 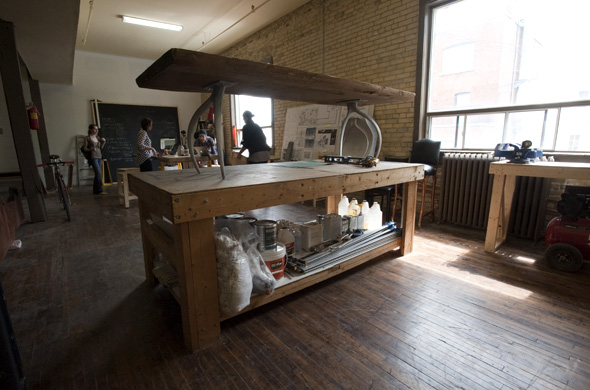 "Each slab has a story," Jeff says as he points out a red oak slab with a distinct black fade down the front. "This was found in Owen Sound, and it actually had a bullet in it that oxidized and caused this discolouration."

The slabs in the workspace are just a fraction of Stacklab's total wood inventory, all of which is sourced from naturally fallen (or soon-to-fall) trees. 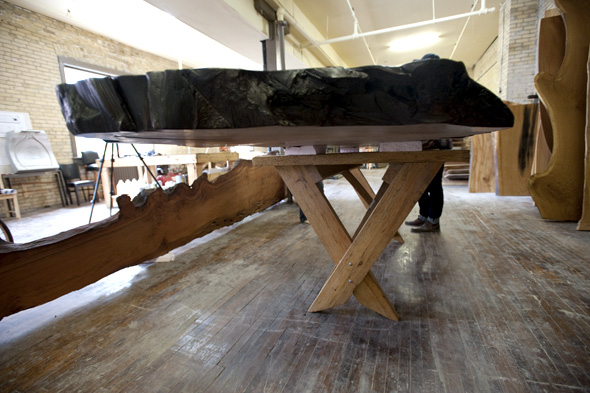 For its relative greenness (excuse the pun), Stacklab has won itself some fantastic projects, including a mosaic hemlock dining table for e11even and another restaurant project currently in the works.

Jeff adds that the shop is also designing another piece that doesn't incorporate wood at all — a vault-type door for a private residence that will utilize bronze, stainless steel, and titanium. 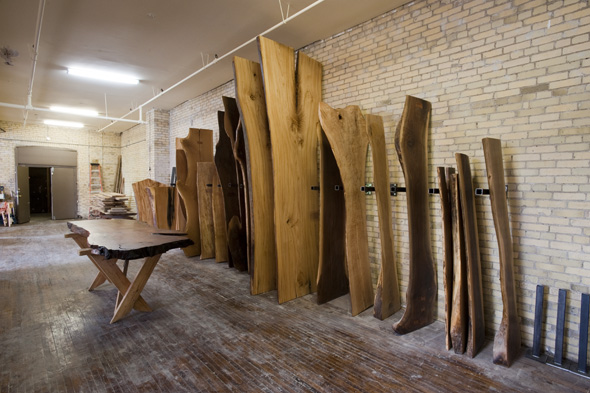 "It's all about collaboration," he says. "If someone comes to us with an idea, we'll try to find a way to make it work." He adds that that flexibility is extended to budgets, estimating that a dining table, say, can range anywhere from $1,500 to $30,000. But Stacklab, of course, it not just about tables.