Tosho Knife Arts is the place to go if you're into steel Japanese knives like the Konosuke HD Wa-Gyuto ($250) with a wooden handle and buffalo horn ferrule.

It's not just the hand-forged Japanese design that makes these knives superior to others, explains Olivia Go, one half of the team behind Tosho Knife Arts. "The bevel is different, the steel is different, and it those ways, they hold the edge a lot longer." 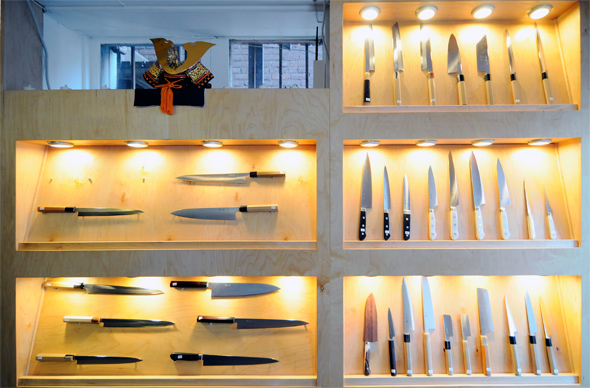 And when they do start to lose their edge, as knives inevitably do, Olivia and partner Ivan Fonseca know the proper way to sharpen them, performing the service ($5+) by hand using natural and synthetic Japanese water stones. 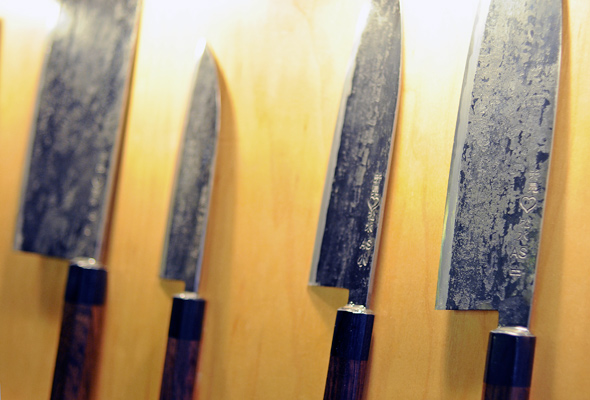 It all happens at this shop. Ivan comes from a culinary background, working both as a chef and a professional knife sharpener who started his own company, Fonseca Sharpening. Friends put Ivan in touch with Olivia, who went to chef school in New York and later taught knife skills classes at Good Egg in Kensington Market. 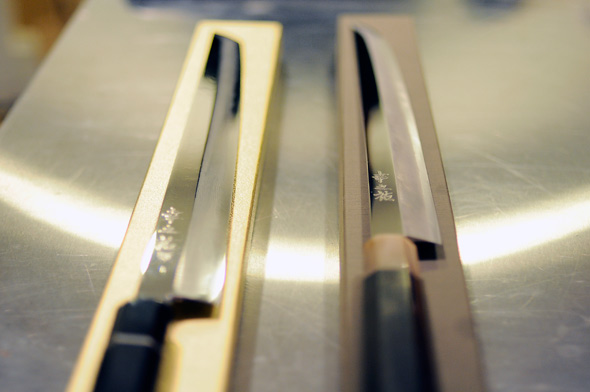 "We met at a coffee shop," Olivia tells me, "and he sat down an unrolled this amazing set of Japanese knives right there. They all looked brand new, even though he used them every day." Needless to say, Olivia was impressed, and the two starting working together to own their own shop.

Tosho is the realization of that pursuit, named for the Japanese word which Olivia says means both a knife master, as well as the wound incurred from a knife. 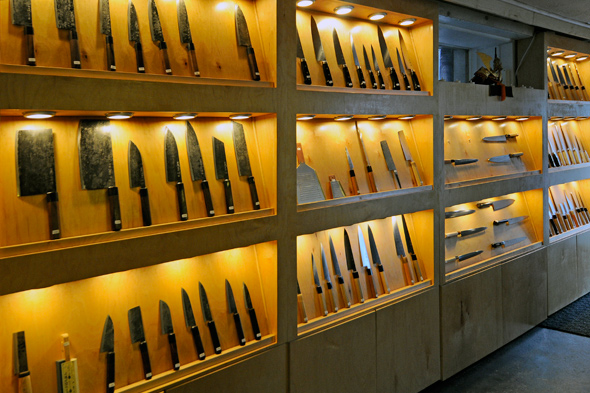 She gives me a mini tour of the space (which is where skills classes and workshops are also held) and I'm impressed at the seeming level of artistry and architecture that goes into each instrument.

Olivia explains the HRC scale (Rockwell hardness scale) and notes the benefits of shaping knives by hand, as opposed to by machine. "With a machine," she says, "you're applying a lot of heat. And especially if you're not quenching that heat--say, with cold water--it can be bad for the knife.

It won't hold the edge as long and you also run the risk of removing too much steel. When you do it by hand, there's greater attention to detail." 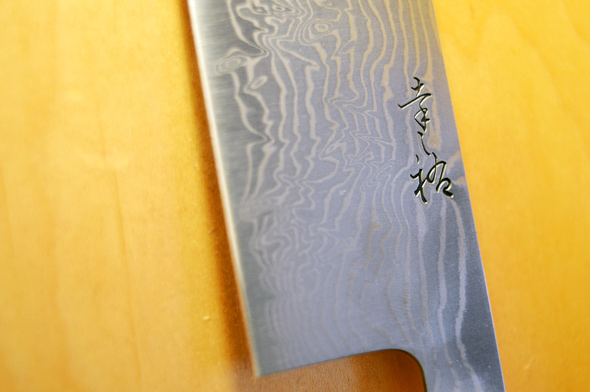 The knives at Tosho start at around $100 (its big Christmas seller, for example, was its Mitsuaki-T paper knife for $120), right up to the Konosuke Honyaki carbon steel knife made with urushi lacquer for over $3,000.

Now, as someone who has wasted far too many hours watching Ron Popeil carve a shoe during a late-night informercial, I can't imagine spending $3,000 on a knife, but then again, I'm not the target market for that particular knife. 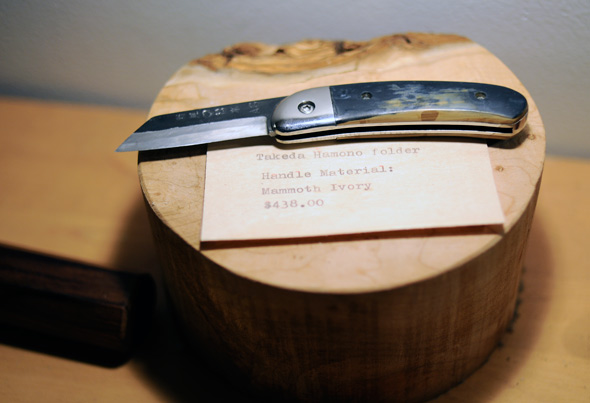 While Tosho's customers include chefs at Toronto restaurants such as Black Hoof , Parts and Labour , and Nota Bene (to name only a few), Olivia says the at-home chef should invest in a quality knife as well.

"People tend to not put themselves on a level where they think they deserve a really good knife," she says. "If anything, it just makes the job easier." And Olivia is more than happy to show customers how, though her classes fill up fast. 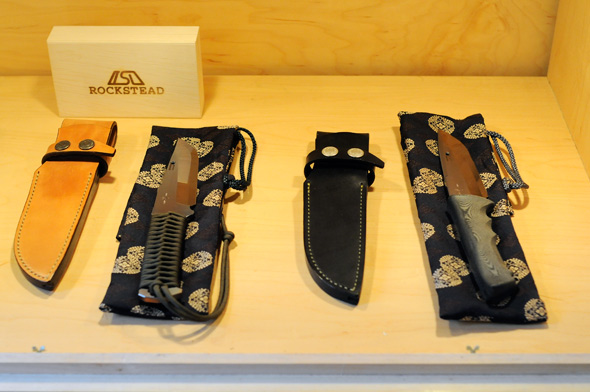