BYOB is just like your favourite kitchen knick-knack store, but instead of your countertop, everything here is for your bar. That makes BYOB a dangerous place for someone such as myself, with too many garlic presses and onion fridge savers to count. So I walked into BYOB on Queen Street West near Ossington with my guard up, ready to test the perseverance of my own willpower. Of course, that all dissipated the second I entered the shop. 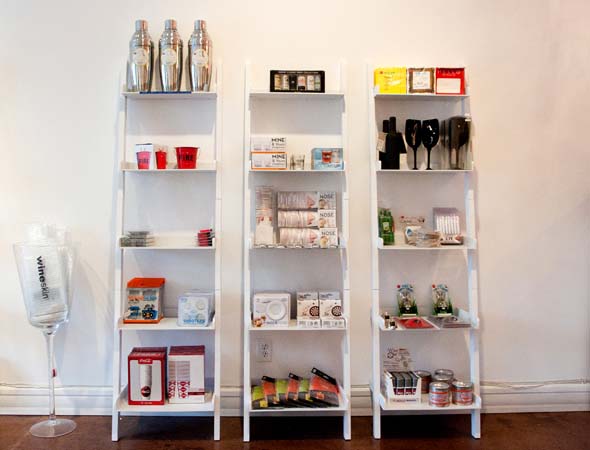 Vintage wine glasses, animal-head wine stoppers, antique flasks and more. Yes, I was getting that glazed-over look in my eyes, and yet not a drop of booze in sight. Just mini-bar toys everywhere, which was enough to get me salivating. 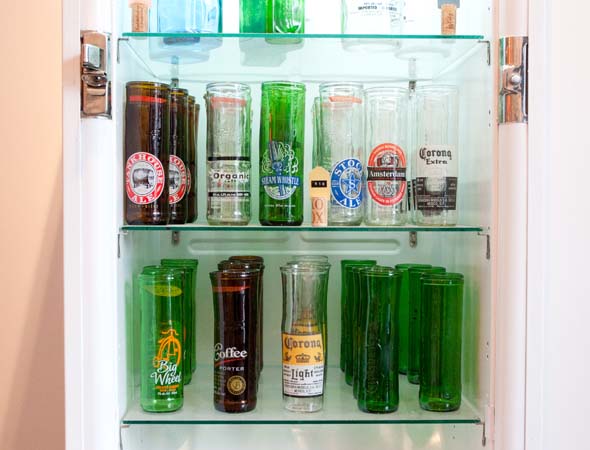 Ryerson Hospitality grad Kristen Voisey decided to open her "cocktail emporium" after visiting L.A. and coming across a store called Barkeepers. "It was actually in an area of L.A. very similar to this," she tells me, referring to West Queen West . "As far as I knew, there wasn't anything like this in Toronto." 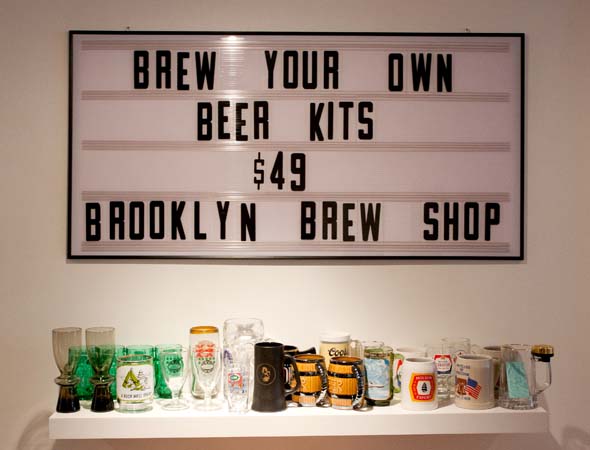 Voisey has been collecting vintage glassware for years, as well as refurbishing and expropriating old cabinets and appliances and turning them into mini-bars. Eventually, her collection outgrew her mother's basement and she was tipped off to this space, formerly a gallery and later hosted a few pop-up shops. 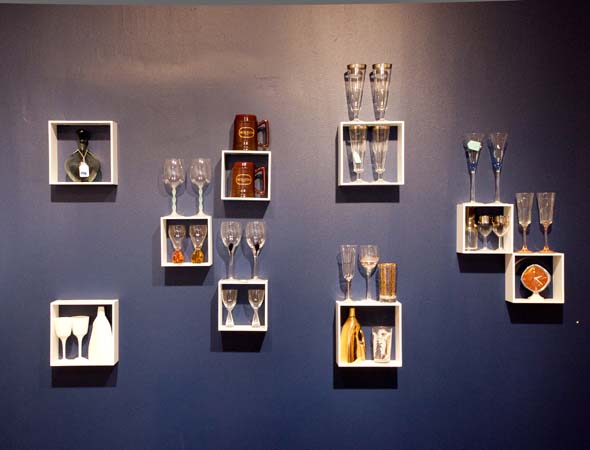 Now it's plush with bar toys, and a few larger items that have me mesmerized. The first: a Leitmotiv wine bottle chandelier ($700) hanging delicately in the back end of the store. The second: the retro television-turned-mini-bar in the window, outfitted with a Union Jack glass top ($550). And the antique upright freezer, also turned into a mini-bar (Voisey isn't sure if she's selling it), now holding a collection of glasses made from familiar beer bottles ($18). 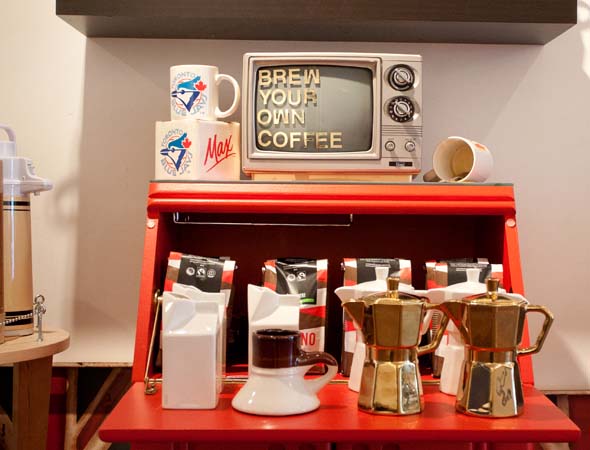 But not in the mood to drop a few hundred, I had Voisey show me some of her favourite pieces. "The absinthe dispenser ($45)," she says, leading me over to a table. "This has definitely gotten a lot of attention." It's glass and sleek, something you'd want to show off in your home. 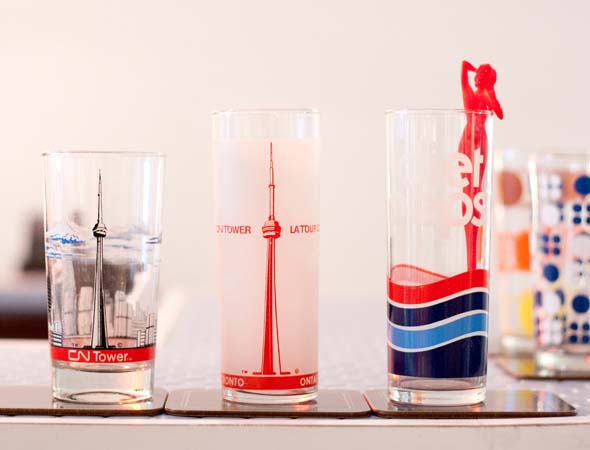 We then move to the Brew Your Own Beer kits ($49), which Voisey got from the Brooklyn Brew Shop. "It takes about 30 days," she tells me. "So, since we've been open less than that, I haven't heard any feedback yet." She shows me the Flask in a Diary ($28), something she has since made use of, and BYOB's new line of bitters (14.99), lined neatly on its bar. 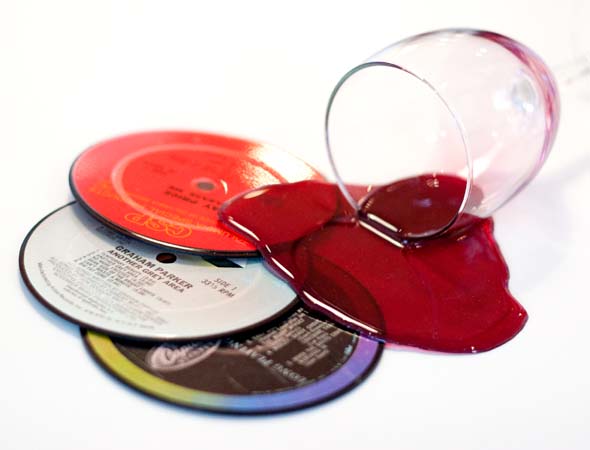 That bar will likely be of greater use in the future, as Voisey is hoping to host workshops and tastings. In the meantime, there's a bunny head wall-mounted bottle opener with my name on it ($24). 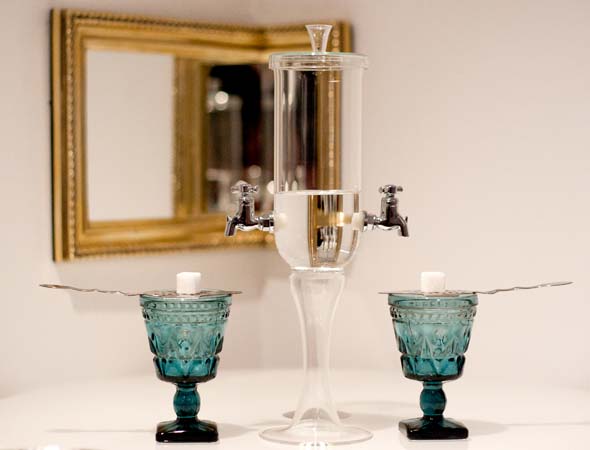 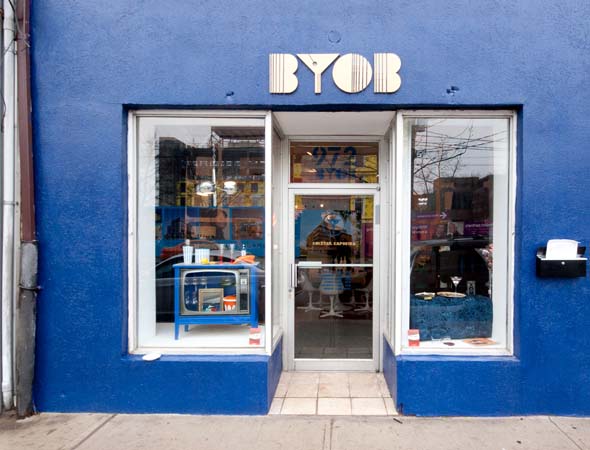