Thank You, a one month old shop on West Queen West , can only be described as a treasure trove of found objects . Not simply an antique store, nor craft store, this collective made up of Lindsay Fernland (formerly of Silver Falls Vintage and Symbolist Antiques), Paul Mercer (owner of Smash in the Junction) and Micah Lenahan (former owner of Russet & Empire ) is a seamless collection of curated antiques, housewares, hand made jewelry and so much more. 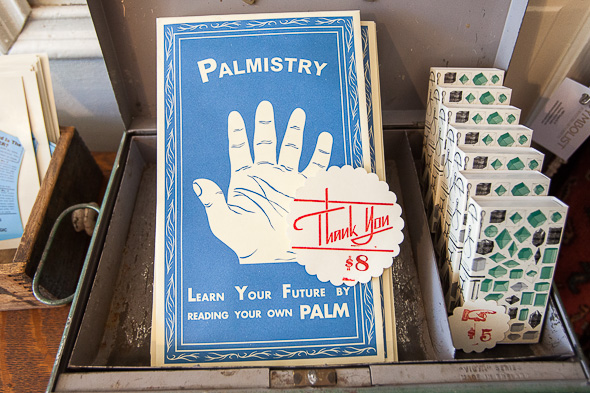 Fernland first rented the space two years ago under the name Symbolist where she collected and sold small objects and antiques. Not long after, she realized that what would suit the small space best would be to bring in more like-minded retailers who could help to fill the space with a wider range of aesthetics and design. 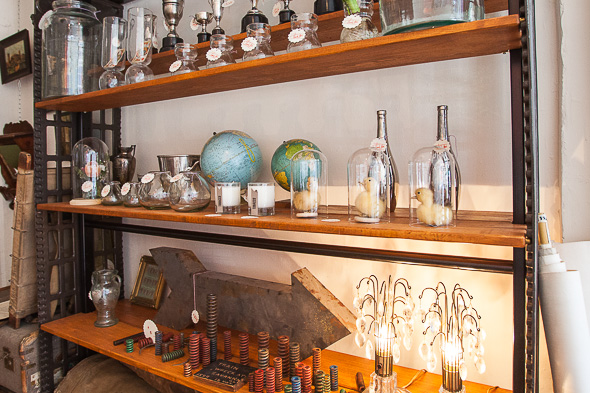 Though her initial reach out to Mercer was merely to see if he had any people in mind whom he though might be interested, he immediately jumped at the chance to be a part of it. Soon, Lenahan got involved as well, having closed her own shop, and two months ago, the three of them got to work renovating the space and filling it with trinkets and treasures. 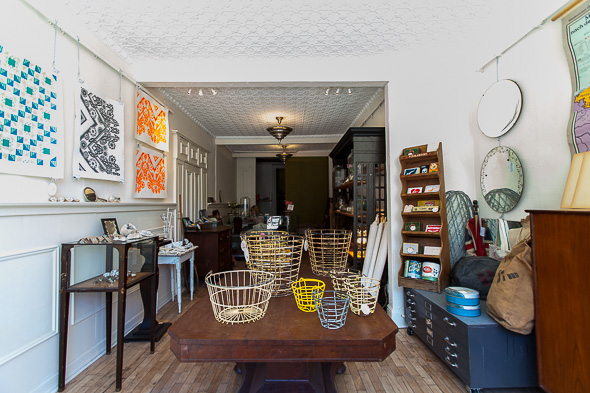 Though each of the owners goes about building their collections in different ways, there is a cohesiveness to the store that is quite impressive. Mercer's collection of canvas military packs and his latest find, a series of wrought-iron coil springs blend seamlessly with a series of new art and design books laid out on an old wooden platform and a series of beautiful gold prints laid out on vintage paper. 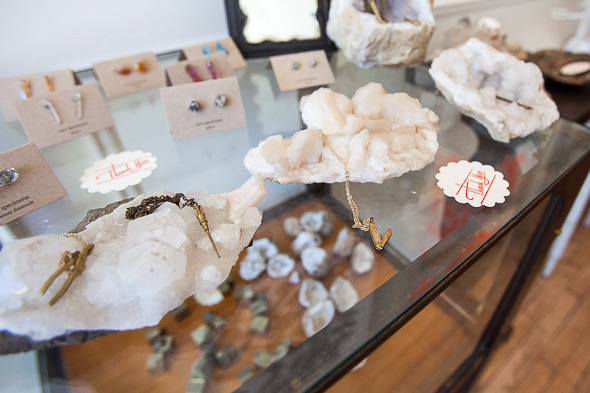 I'm enamored by a set of rings, bracelets and necklaces by New Brunswick designer Jeneca Klausen, all hand-welded from fine silver and brought in by Fernland. A series of unique, natural stone earrings by Rare Specimens out of Hamilton compliment the signature brass Thank You necklaces, fashioned by Lenahan from antique toy pieces.

This seamless mix of local and non-local and old and new is really a treat for the locals, found-object hounds and antique purveyors of Toronto. 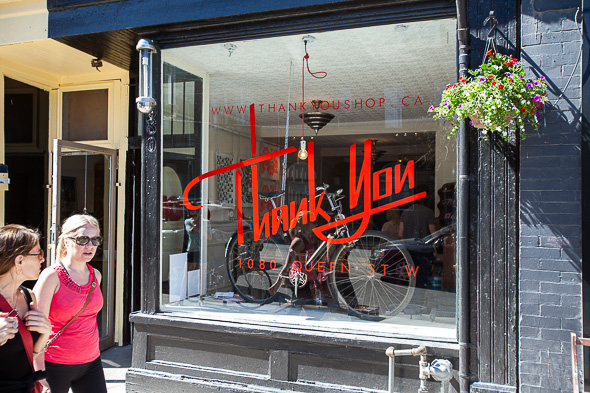