Stoudfoot's design creations are in restaurants all around Toronto. From both Origins to Colborne Lane , for which Jason Stroud added a heavy dose of his design touch, to elements in Marben and Terroni , Stroudfoot's prints are everywhere. And now, they can be in your home. 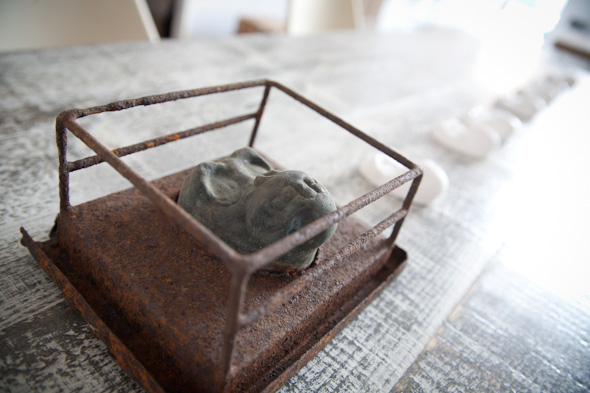 Jason opened his Liberty Village showroom about one week ago, looking to appeal particularly to condo owners who want a change from the big box design stores in the area. He describes his style as "sleek decay" (which, indeed, is the perfect characterization) noting that every piece can be customized "to fit a 1,200 square foot space," he says, "or just 300." 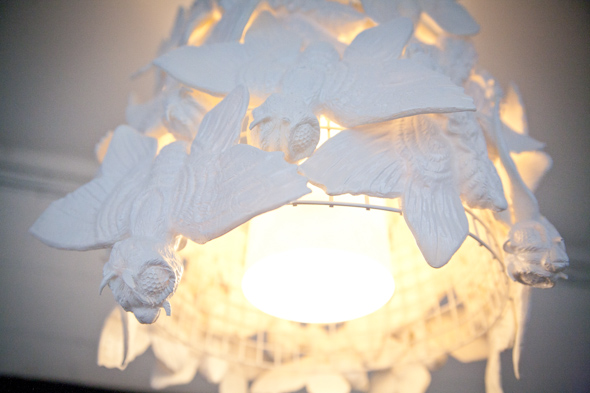 Jason started small — his work, that is — stumbling into design after working as a photographer for 15 years in Vancouver and Toronto. "My friend had a store," he says as we chat in the new Stroudfoot showroom. "And I decided to make a light fixture for him to sell in the shop. Well, I was surprised that it actually sold, and surprised at how much it sold for." 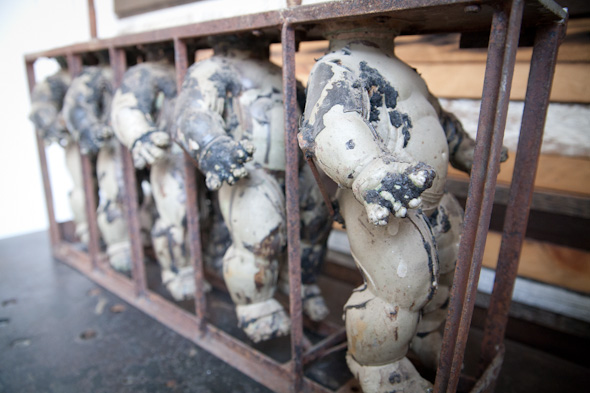 Now, about five years in, Jason's portfolio of restaurant projects speaks for itself. But it's the smaller projects — the collaborative projects, that Stroudfoot is after with its new showroom. "People can come in with ideas and we'll put together technical drawings and see the concept through together," Jason says. Or, of course, they can simply snatch something from the floor. 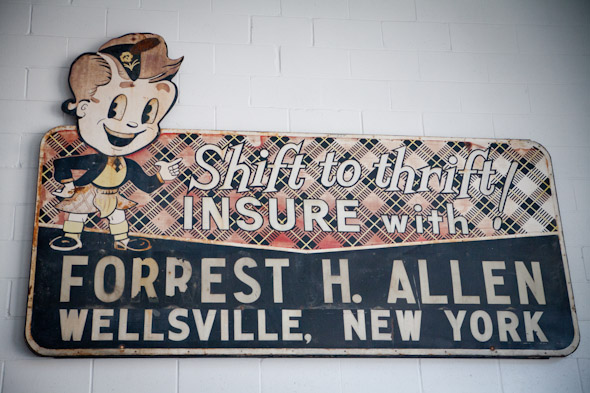 The space combines pieces created by Jason and his team, many using reclaimed materials, as well as vintage finds and one-off pieces. Of the later category, Stroudfoot has collected old search lights and scientific posters, as well as Japanese frames and the odd pink Godzilla figurine.

"Japanese toys are a passion of mine," Jason admits. "Do you know kaiju?" 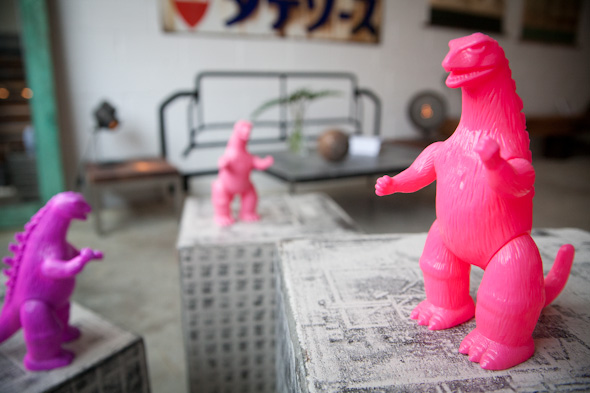 If I didn't before, I do now. Jason shows off his Mothra-inspired hanging lamp, which is similar to the Mothra/Godzilla chandelier you might have spotted at Origin on King, but this one is primed for the home, priced at $1,500. A perfect display of that "sleek decay," he also points out his copper green mirror ($500), that can be ordered in just about any size. 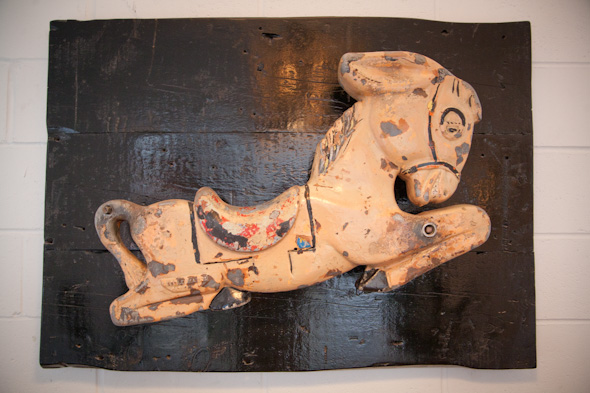 Larger pieces include a treated pine table with a powder-coated steel frame, and a unique twist on a now-common concept — a concrete stool sporting a wood print. 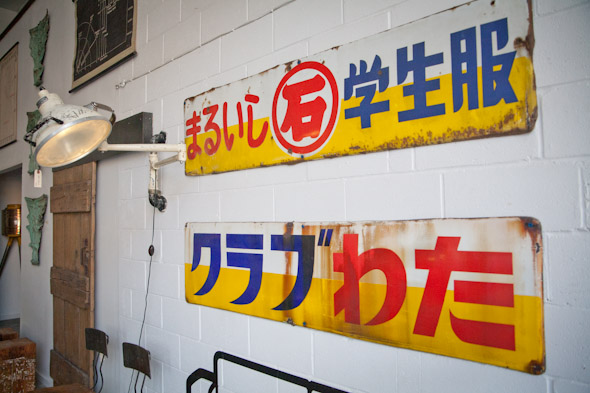 A corner of the showroom also highlights one of Stroudfoot's wall treatment concepts; this one made from old Distillery wood off-cuts, with one inch by two pieces, and showcasing each cut's rings. 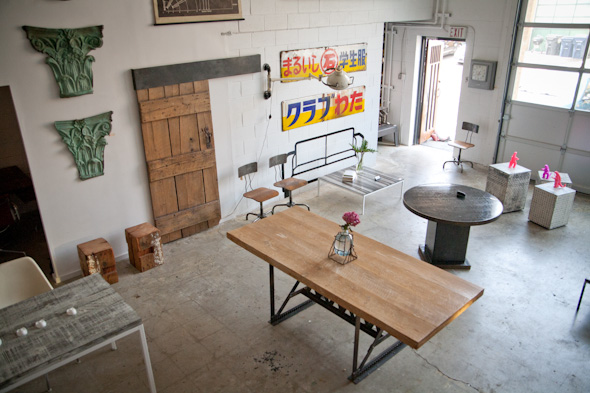 Jason says the showroom is still getting off the ground, but he says he hopes to be open 11 a.m. to 5 p.m. on weekends, and by appointment during the week. And while most wallets constrain a complete condo overhaul Ã  la Origin, Jason says they're eager to collaborate on all projects, no matter the size. 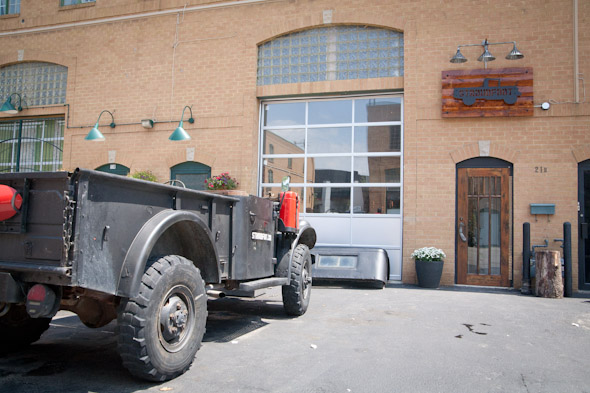