Since almost the day Jeff Stober sunk millions into rejuvenating the Drake Hotel , gossip has been following him around as he sought to buy up real estate in the area. And while he didn't manage to acquire all of what he wanted , he did snap up the spot right next door to the hotel at 1144 Queen St. West. It was a restaurant called the Queen Star. Tomorrow, after a long period lying dormant, the space will be brought back to life in the form of a well stocked general store selling everything from Popeye cigarettes to socks, to over-sized shot glasses.

The new store, which goes by the name Drake Hotel General Store , packs in a lot more than what you'd expect to find at a typical general store. Store designers and directors Carlo Colacci and Joyce Lo have done an amazing job coming up with fun and interesting things to sell. They've imported snacks like Hostess Yodels . They've stocked the shelves with interesting reads like Martin Parr art books, the Le Cool guidebook series, and naughty colouring books by local artist Mallory Diaczun. 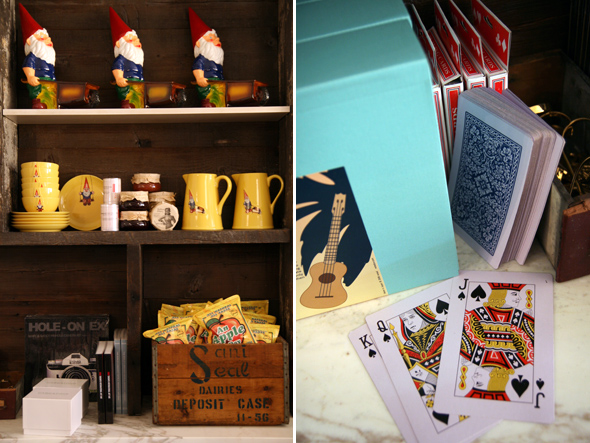 The place is so well-curated and so fun to browse in that it immediately becomes a serious contender as one of the best design stores in the city. It's not a place you'd go to buy furniture, lights or stuff to put in the kitchen. But it's the kind of store that is just so darn interesting, brings back memories from years past and incorporates such a wide assortment of affordable stuff you'd never find under one roof anywhere else. 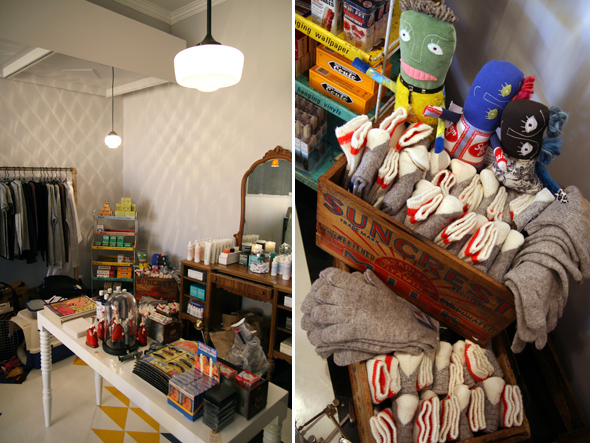 The product selection in the store centres around themes to do with travel, art, The Drake and Canadiana; and the execution takes inspiration from many of the nearby galleries. The Drake General Store will showcase a monthly art wall curated by the hotel's in-house visual arts curator, Mia Nielsen, that will feature affordable art, primarily from Toronto-based artists.

The just-completed interior features reclaimed wood cabinets and mismatched tables crafted from aged materials sourced from Timeless Materials in Waterloo. There are lights from Aristocrat Lamps and Lighting across the street. And out front there's a neon cross sign, reminiscent of what you'd see at traditional European pharmacies.

Today the front window of the store was still papered over as they applied some final touches, but here's a look at some more of the photos I was able to take when I scored a sneak peak at the inside: 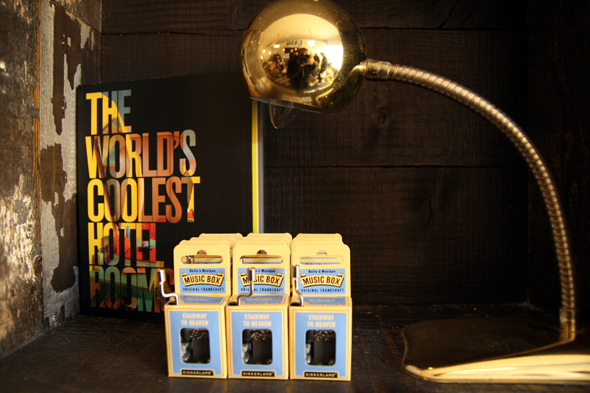 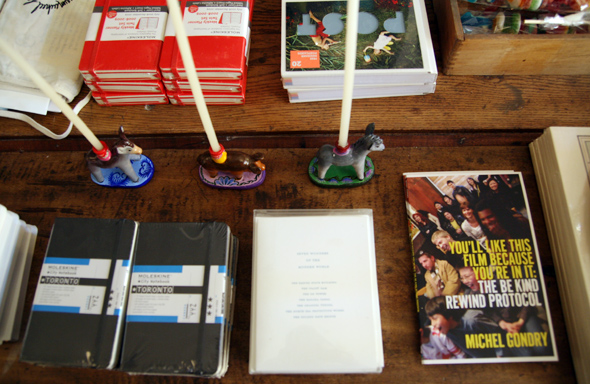 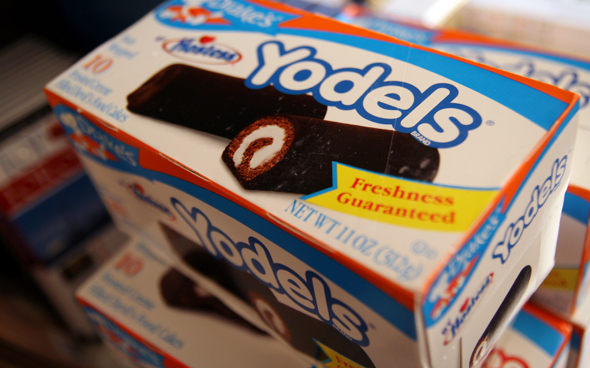 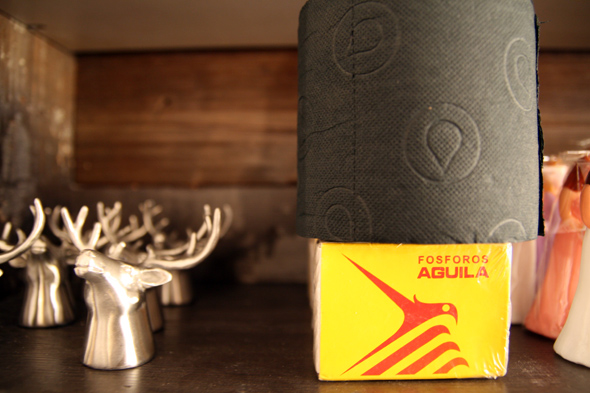 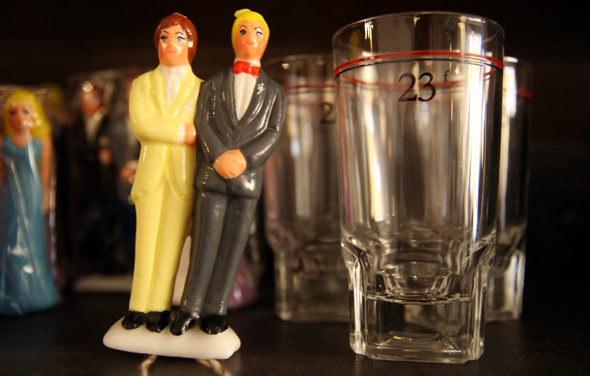 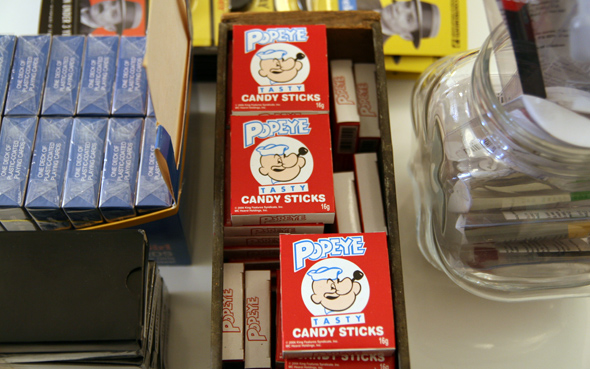 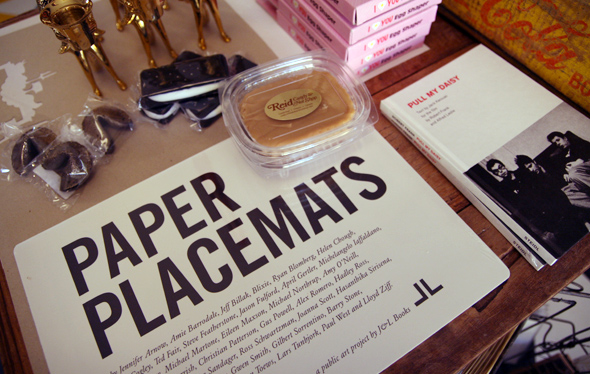 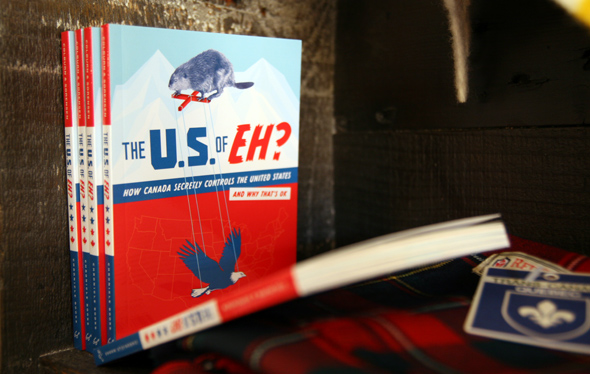 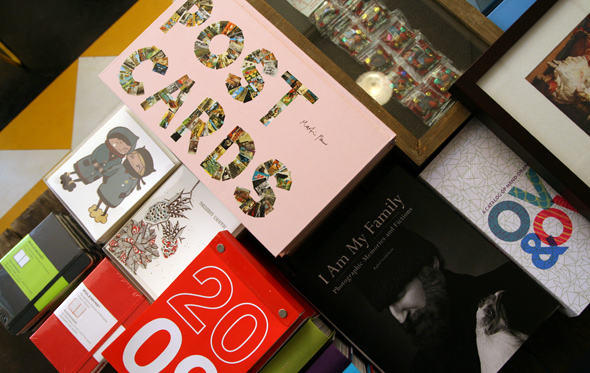 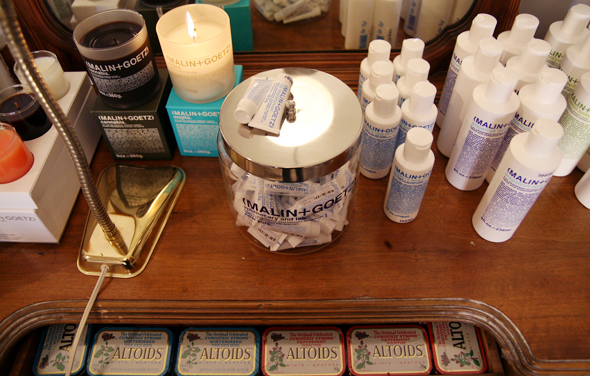 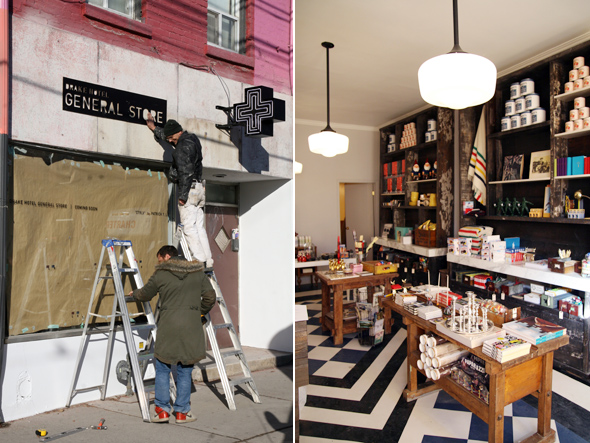