It doesn't matter where they put this store. It's a drive-to destination. If you want what they have, you'll drive to Wawa to shop here. Alessi, Iittala, George Jenson, and Stelton - this Studio has it all. If you're hunting for designer stuff or designer memorabilia, then you've come home, baby, and you won't need to go anywhere else.

Lots of pieces are replicas of items in permanent collections in art galleries. Here, you can have yourself a chunk of design for less than millions of dollars. 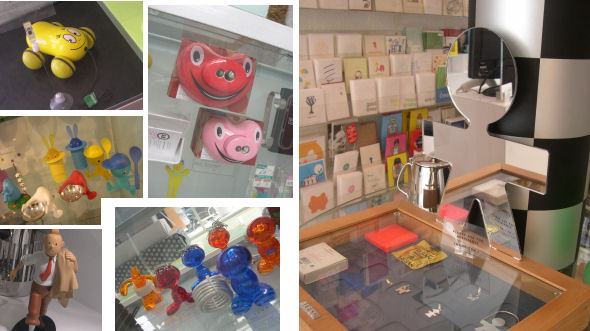 This little design-display store makes an artform out of cute and I'm told they bottle it in the back for sale to special customers only. Really, you could spend hours looking at the little knickknacks and the vast variety of designer stuff this place has.

The tinkly beepy music lifts you up and gives you the impression that you're inside music box, and the Japanese subway announcements keep you on your toes. I'm not sure if this place was lifting my mood by dint of sheer fun-ness or if it was the Japanese incense they had burning, but I was most of the way to experiencing Kawaii just by standing still. 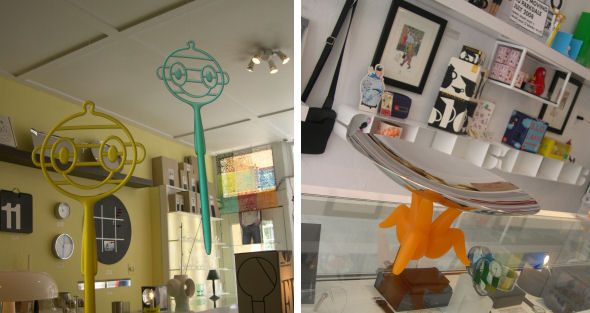 This store is filled with bright colours and shiny objects, and you can be sure what's not bright and shiny is that way for a good reason, because everything in here smells and looks and feels like it's been carefully designed and then redesigned just for good measure.

Nothing here is done accidentally, and no feature is not exactly the way the designer intended.

It's all very deliberate. Take the aerial hanging carpet cleaners, for example. They're called Spank and cost $36. They have happy faces, so it means that they actually want to clean your carpets with you.

They had things in here that I had totally forgotten about. Things like Barbapapa. I think I might have been the only person on Earth who found Barbapapa's clickety-click mildly sinister and a little disturbing.

He seems harmless enough as, say, a coffee table or a tiny locker ($47) or a figurine ($54). The ultra-friendly employee told me they even sold a big pink Barbapapa house recently. 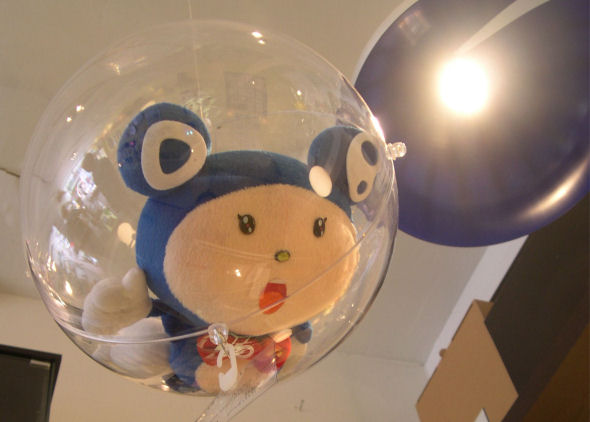 I was so overpoweringly cheerful I thought I might buy a limited edition Tintin and Milou resin figurine, because I know someone who was really into Tintin, until I saw the $700 sticker price. It brought me back to reality pretty damned quickly. But it was a really good figurine, I've got to say.

Space Monkey, or whatever he is, peers down at us interlopers from his space bubble, proving that Japanese cartoon characters made it into space. How can't we smile back at this guy?

But in all seriousness, folks, this place is not just about cartoon characters. There are some exquisitely well-designed houseware pieces at some exquisitely respectable prices, as in you'd better be pretty darned respectable in financial circles if you expect to be able to afford them. But if you do open your wallet, you can expect some swank.

Take, for example, the amazing teapots by Alessi. They're not cheap. They run from $200 to $300, but wow, are they well-designed. And then there are the pots and pans and other kitchen necessaries, all wonderfully ergonomic and made from the finest steel. A very impressive corkscrew goes for $103.

If you can't afford one of the big pieces, feel free to purchase a - get this - absolutely perfect scale-model replica in working condition.

If, say, a family of mice want a truly fantastic pot, or you need a working corkscrew to open the world's smallest bottle of wine, this place has one to sell you, complete with the designer's logo in miniature on it. The mini corkscrew will only set you back $47.

And don't even get me started on the salt and pepper shakers. I'm not classy enough to touch these things, let alone take them home. If I put something this stylish in my condo, I think most of what I own would go on strike in protest.

The ceramics are mostly made in Japan. Masahiro Mori bowls go for a reasonable $38 apiece, each one finely worked and remarkably attractive. Iitala bowls run from $19-$88, but you can expect anything you'd actually want to buy to be closer to the upper end of that range. 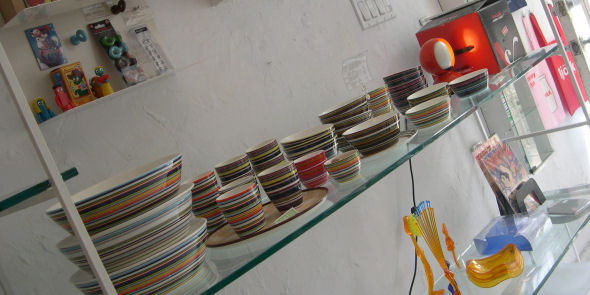 A lot of the household stuff is made with Joy! as the operating theme. The most ordinary household objects become objects de fun.

Take the Happy Spices spice containers, for example ($17 each), or the flower fruit holder, or the coffee pots that look like cylindrical cartoon birds. Even the keychain holders in this store have more cheer and style than I do.

If you've run out of ideas for gifts, you've got an itch to start collecting something, or if you want to impress your friends with your awesome sense of style and your bubbly personality, this is definitely a must-stop-must-shop destination.

You could always stop in for a dose of Happy Juice, if you're not on the market for all that other stuff. 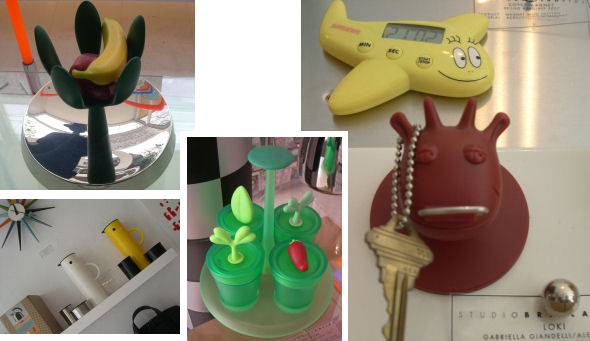