Monocle began as a magazine, and later morphed into a global media brand. But to the unbriefed and average College Street passerby, Monocle is just a new eclectic little boutique situated at the edge of Shaw. 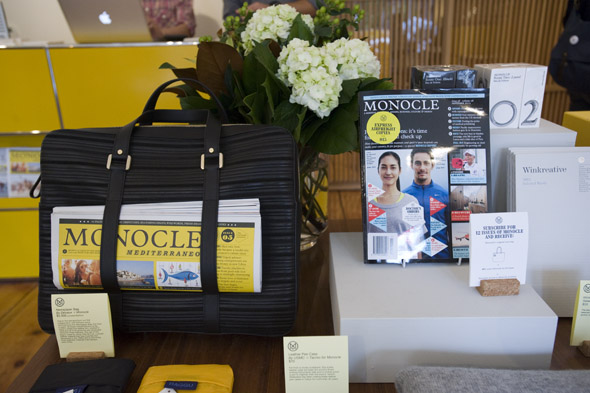 And indeed, there are lots of little gifts to peruse, including Japanese-made "Happy Cards ($4.50), and Flouzen cashmere yarn ties from Paris ($150). But each item has been carefully selected to adhere to an overall Monocle mantra. 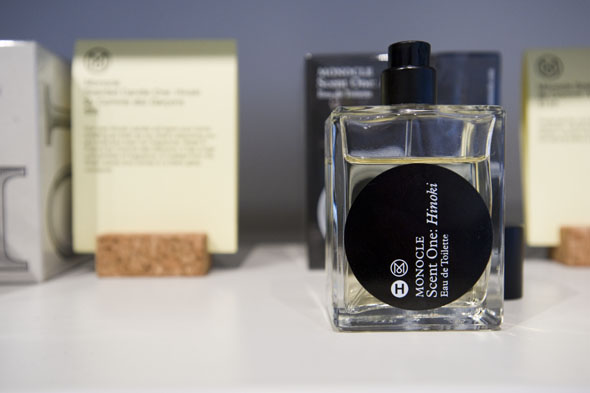 "These are heritage brands," says Zlad Dujsic, who shows me around the shop. "Of premium quality, certainly unique, and from designers from all around the world." 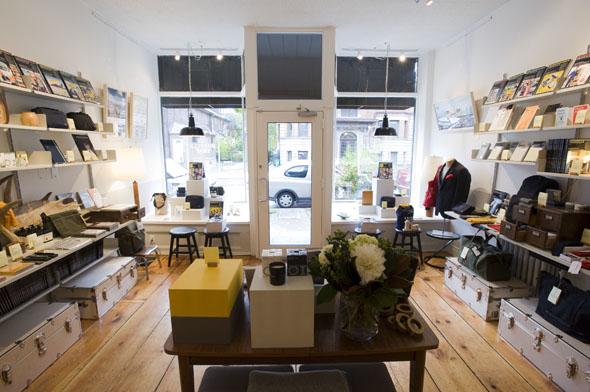 That, in essence, is the Monocle joie de vivre. The brand started (and continues to exist) as a globally focused magazine, and now includes an online radio station and Monocle bureaus (such as this one) in London, New York, Zurich Tokyo, and Hong Kong. Started by Canadian-born Tyler Brûlé back in 2007, the concept is deliberately unconventional, and thus might be difficult to grasp. 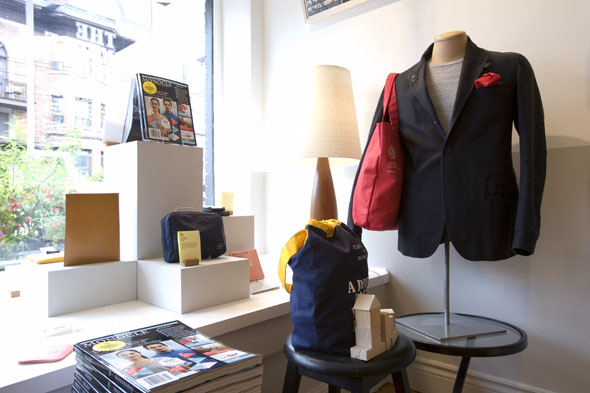 Let's just say that if Monocle was a man, he'd be an affluent, well-travelled, business-minded thirty-ish-something, with an affinity for long reads and an olive green Japanese Porter bag. He's looking at issues from a global perspective, and wearing Australian merino wool socks. 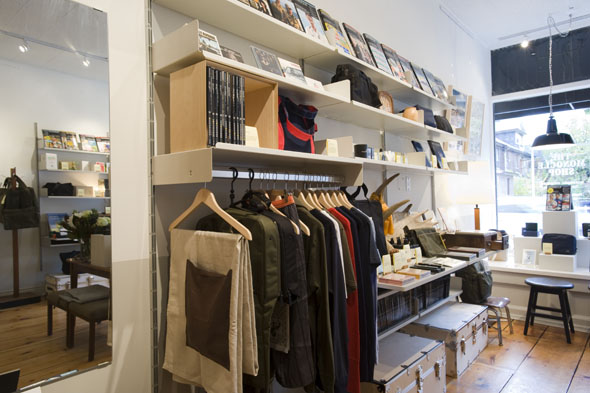 And now, the Monocle brand has landed in Toronto. The local bureau shares physical space with sister company Winkreative , an advertising and design agency that will play host to Toronto-based Monocle broadcasting and reporting. 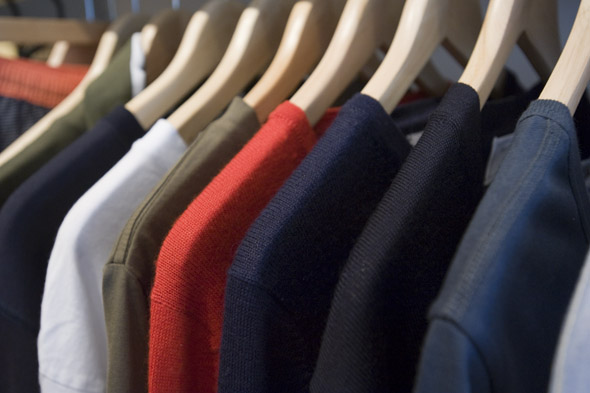 While I would've thought Cumberland — not College — would have been the street of choice for Monocle, I run into Tyler BrÃ»lÃ©'s mom (of all people) who tells me this area was exactly what Tyler was looking for. "He really likes this location, as opposed to another area that's already arrived. It's up-and-coming, but not there yet." 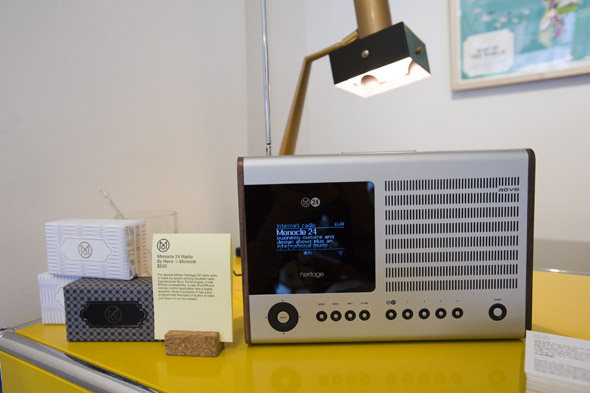 The shop, of course, offers the latest issue of Monocle (which comes out 10 times per year) for $12, along with back issues priced at $24 each. Produced by a global team of writers, researchers, and designers, the magazine covers topics such as art, business, and international affairs — articles that are punctuated by the odd Rolex ad or plug by some other luxury brand. 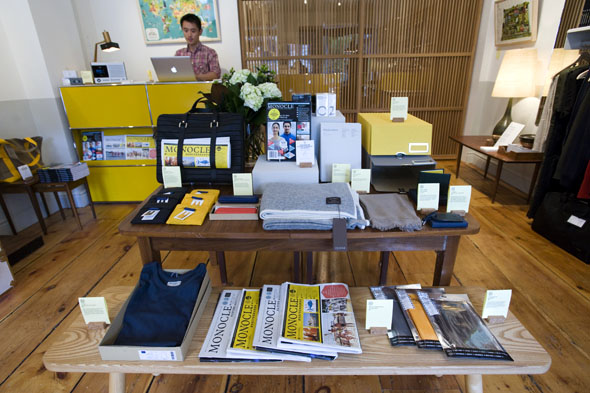 But the function of the store, says Zlad Dujsic, goes beyond selling the magazine and featured Monocle products. "We want to change the way people consume media," he explains. "At a regular newsstand, you're not going to have someone there to engage you on the content. We want to have discussions on the health systems of nations or great global thinkers." 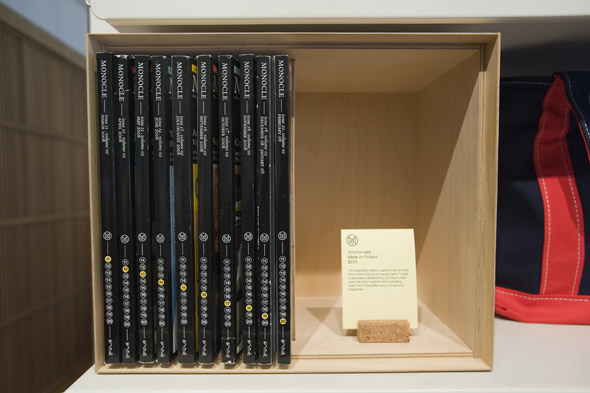 For those who aren't interested, however, Monocle can simply be a spot to pick up a Revo table radio (with a shortcut button to Monocle's radio station, of course, $530), a flameless Hinoki cedar diffuser ($80) or a German Merz B. Schwanen t-shirt ($85). And though Tyler's mom hints at some new Canadian-made products, the "monocle," naturally, will always be on the world. 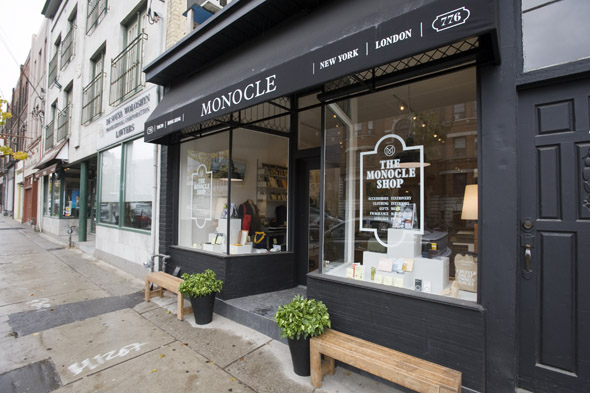