Darrell Kobza Art Services is run by the one and only Darrell Kobza, who offers a staggering multitude of services, operating out of his shop on Dundas West. He graduated from OCAD back when it was OCA, focusing on sculpture and doing the kind of conservatory work he mainly does now on the side.

You may have noticed it from the intriguing vintage posters hanging in the window, and indeed this is mainly what he deals in. Kobza seeks out and refurbishes decades-old movie, theatre, travel and political posters, and fixes up posters customers bring in. 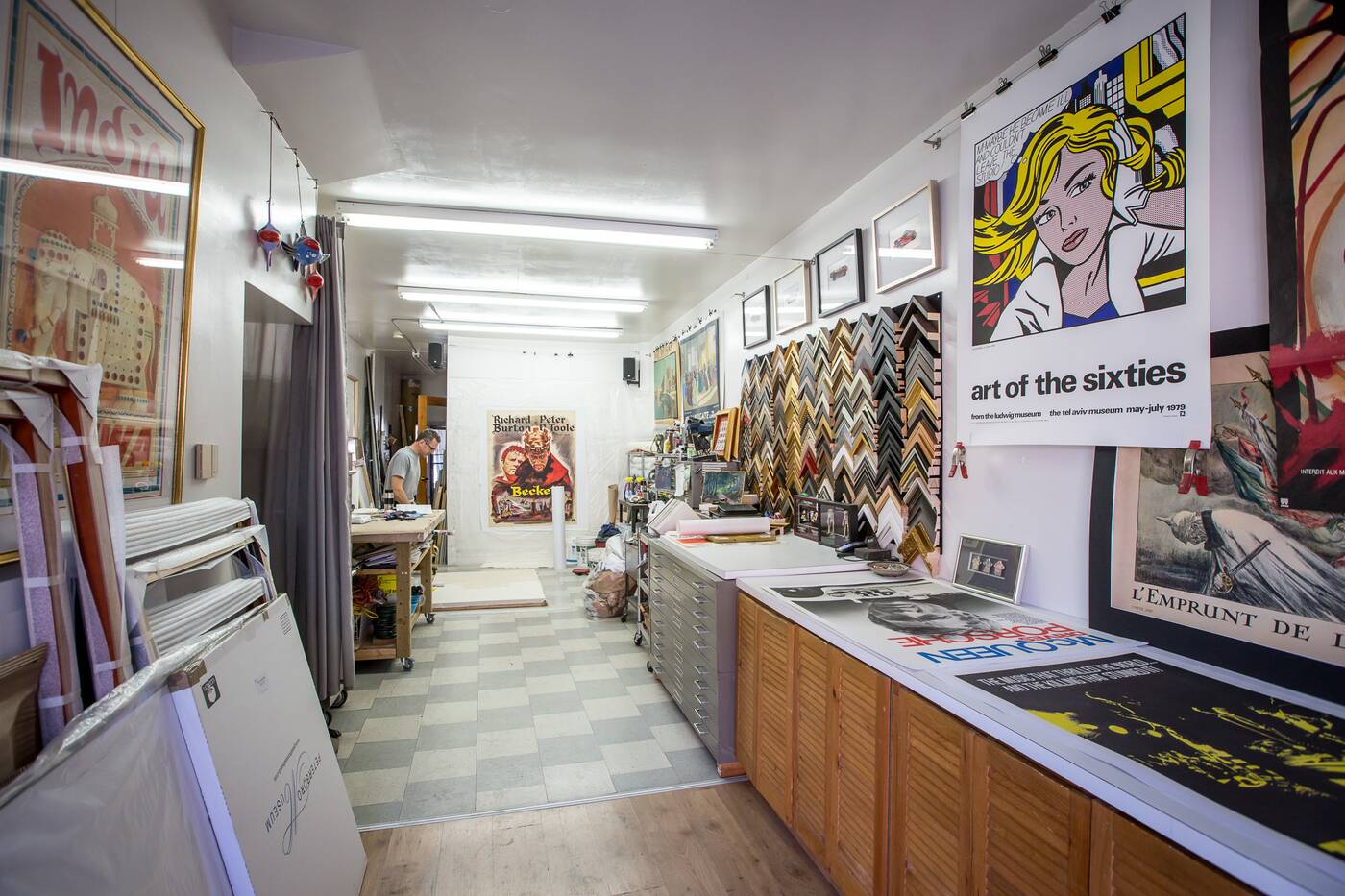 When I first entered the shop, I was greeted by a sort of high-pitched yelling, snuffling noise, the source of which was soon revealed when a very old pug named Chester waddled up to me, his tail wagging with the delight of a pup. Huge frames lean against the wall and there are posters everywhere, but it’s well organized. 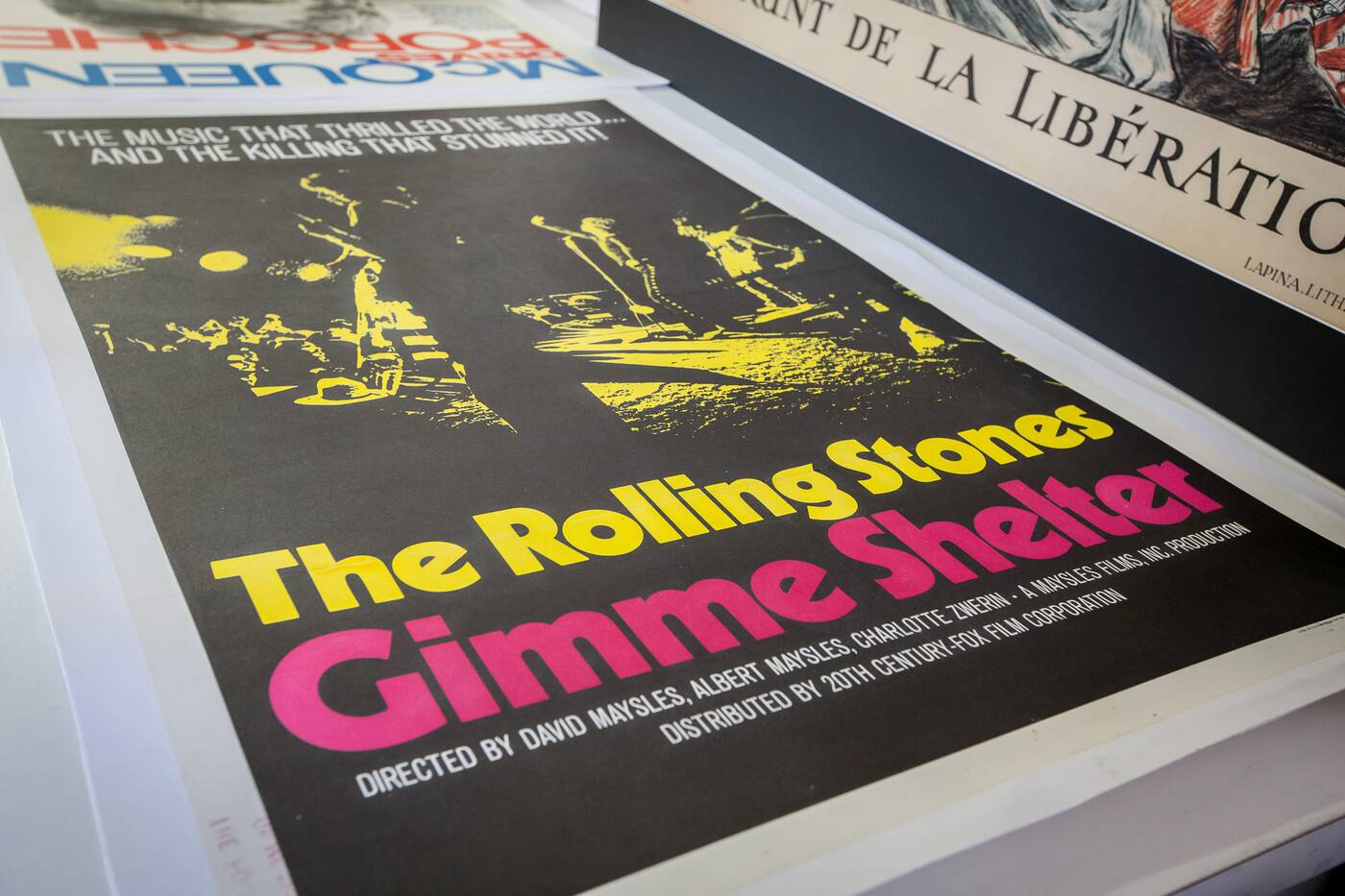 Kobza explains to me that while posters may be underrated, what he handles are not only pieces of art, but history. This poster is from the early seventies, and advertising the documentary made about an historic Stones concert where audience members were killed. 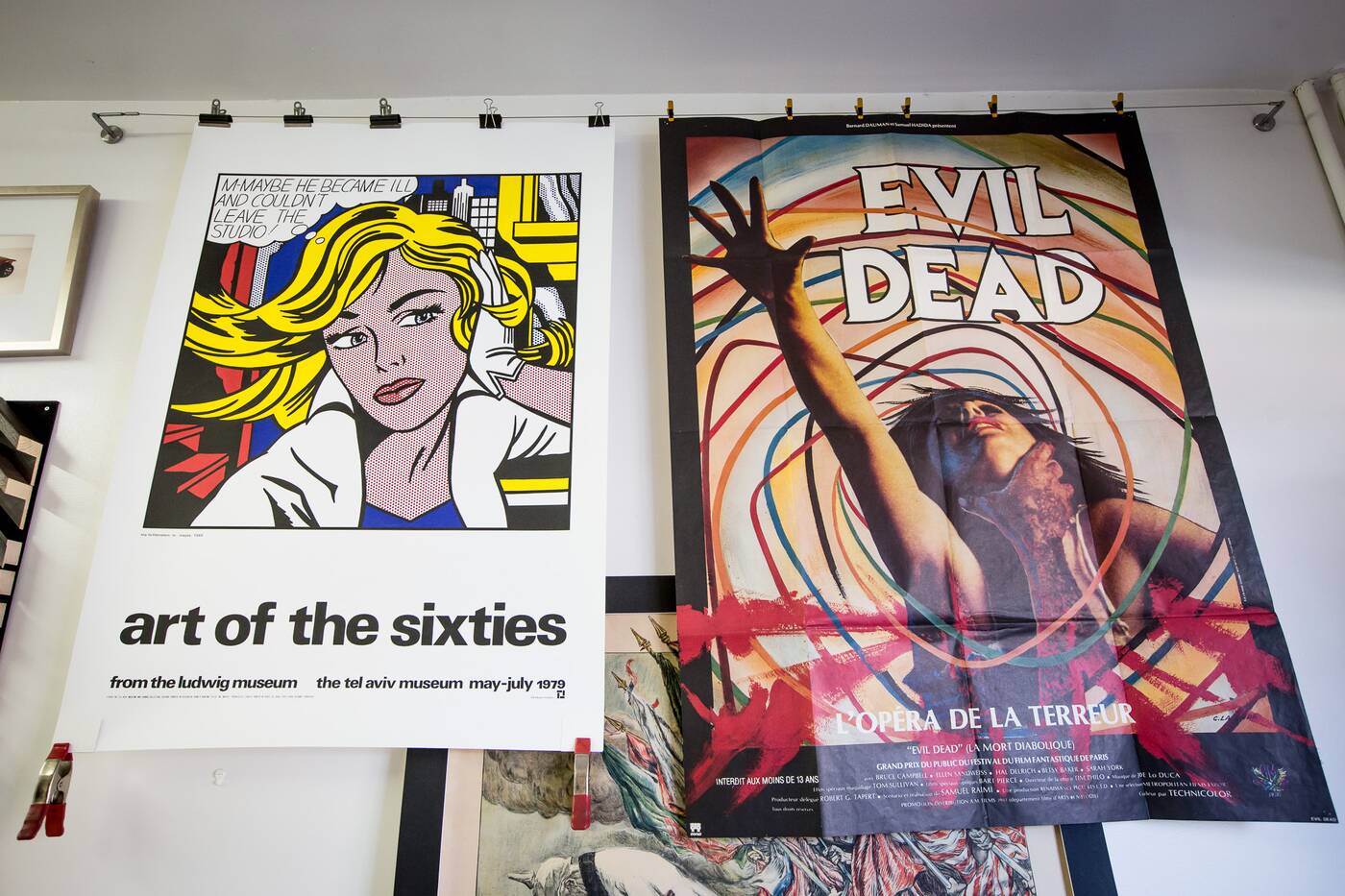 This Lichtenstein poster was produced in conjunction with Tel Aviv Museum, and such a high grade pieces goes for around $1300. To the right of it is the French 1982 version of the poster for Evil Dead. You can see how the Evil Dead poster was once folded: along these lines, deep creases and rips once ran, but now it’s been lovingly restored. 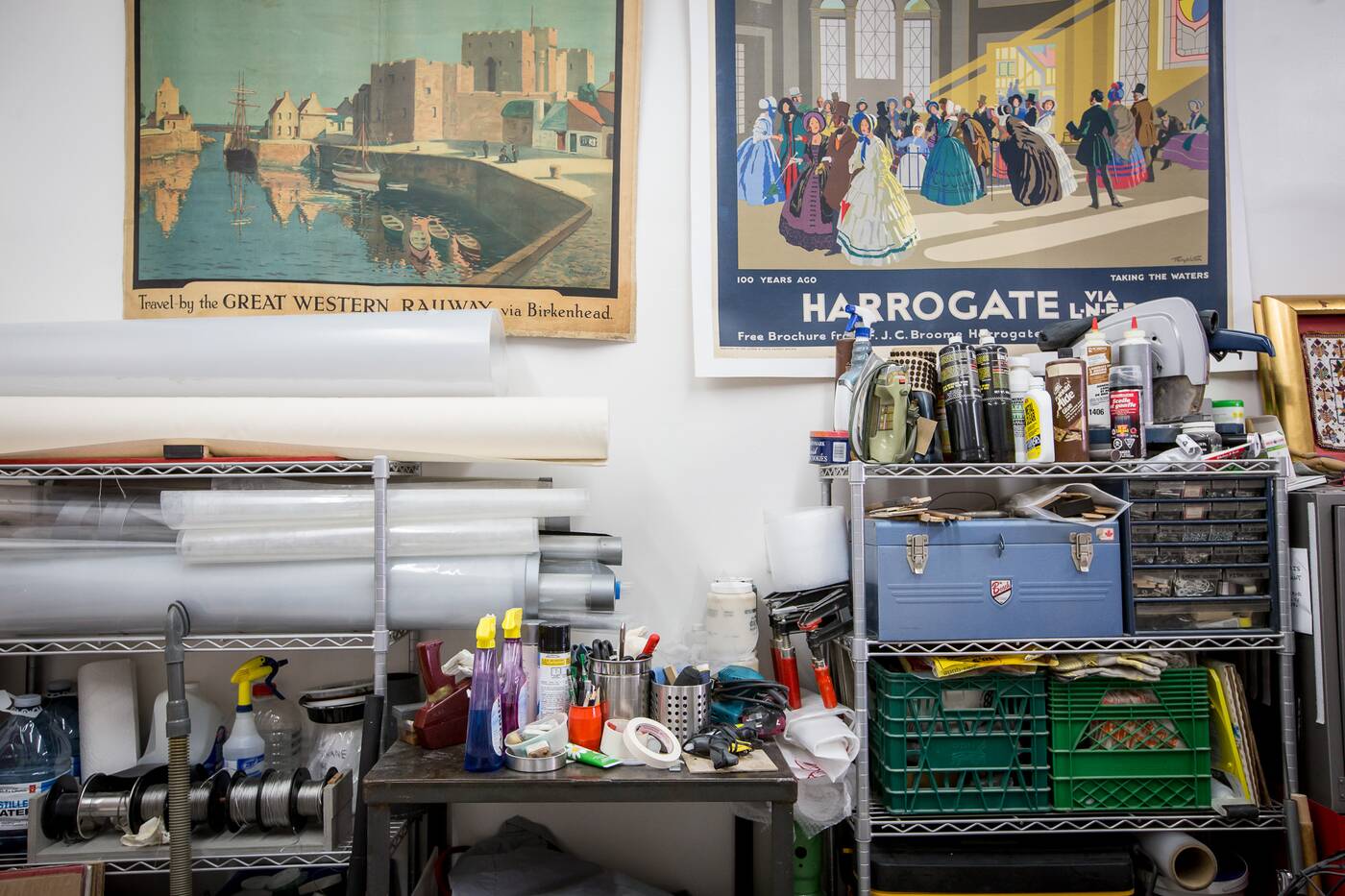 At the back are some extremely rare travel posters, like this one advertising Harrogate, a location accessible from the LNER in England, depicting an 1800s scene from a hundred years prior to the poster’s 1926 creation. 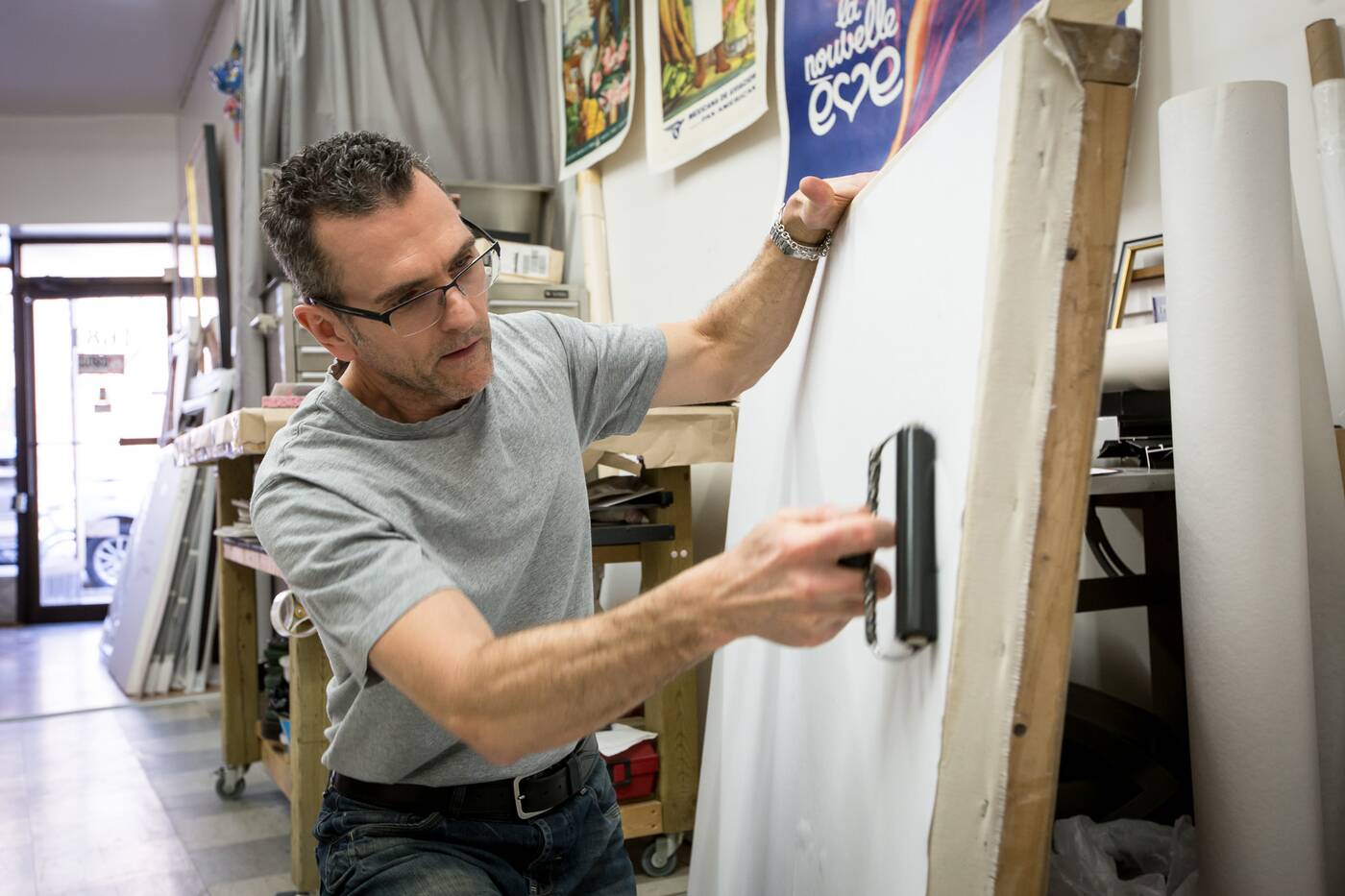 Through a technique called linen backing, Kobza can essentially stop the process of time. He soaks the posters in a chemical bath which cleanses the paper, neutralizing acids so it doesn’t keep breaking down. Linen backing for a standard US one sheet is around $90, but could go as high as $240 for a 46” x 63” French grand poster. 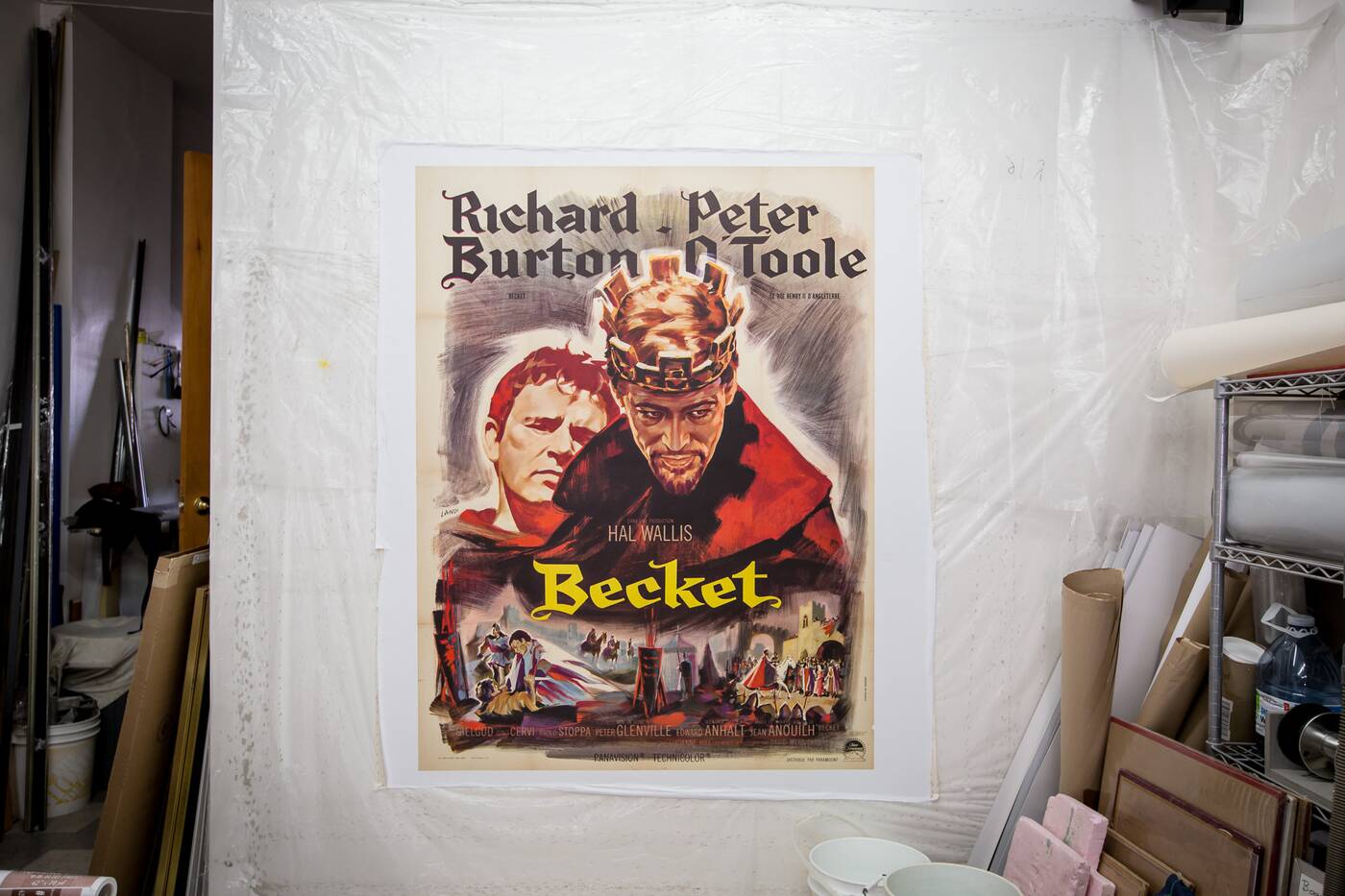 That’s the size of this rare 1964 French poster for Becket. 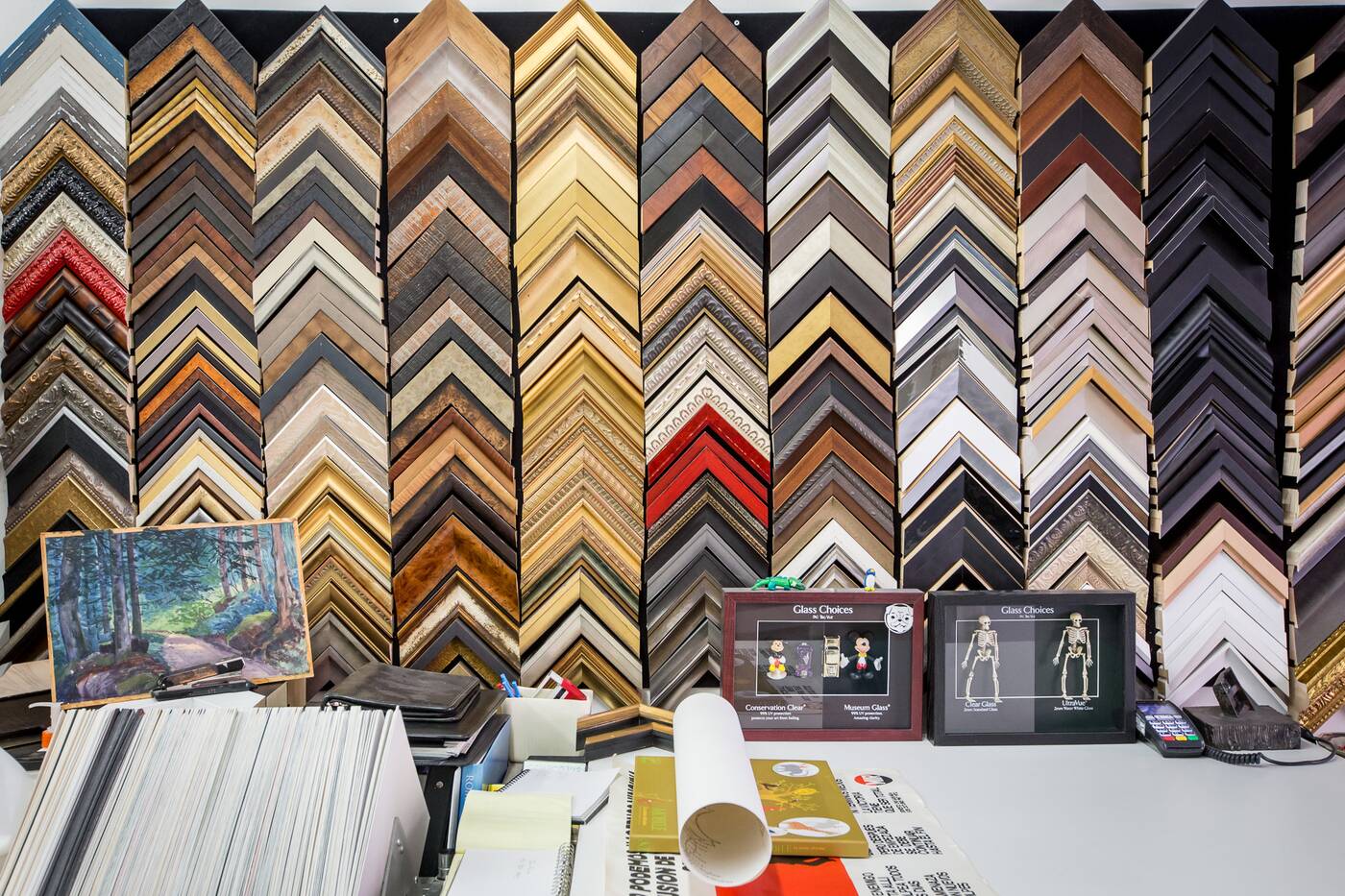 Kobza works with customers to find the right frame to display their artwork, with the most basic black metal frames going for about $60 - $70, and up to $200 - $300 for fancier ones. 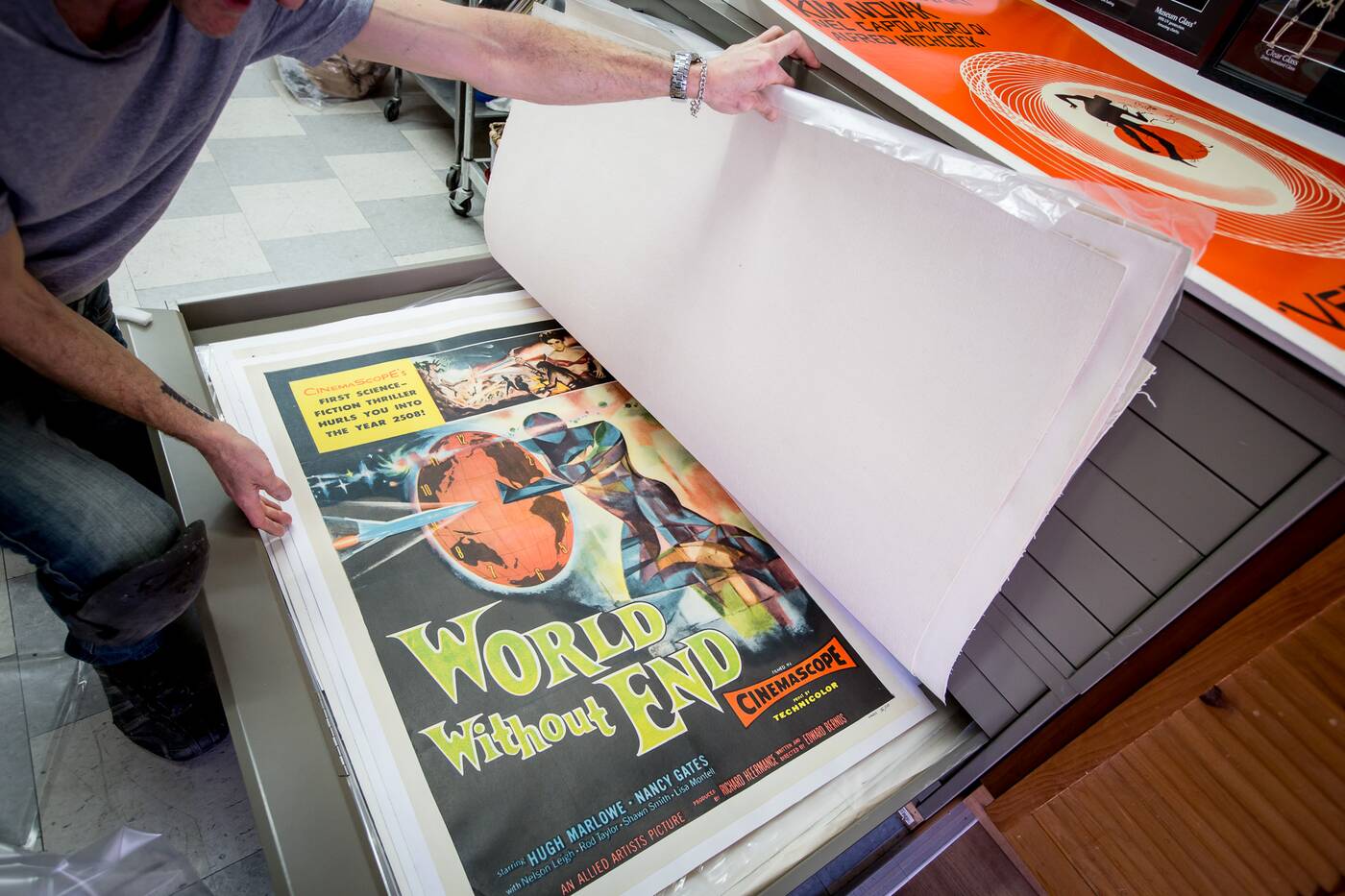 A few especially standout posters are hung up and some are framed as examples, and plenty more lie in row upon row of shallow drawers. I’d trust Darrell with any piece of artwork that’s gone underappreciated for too long. 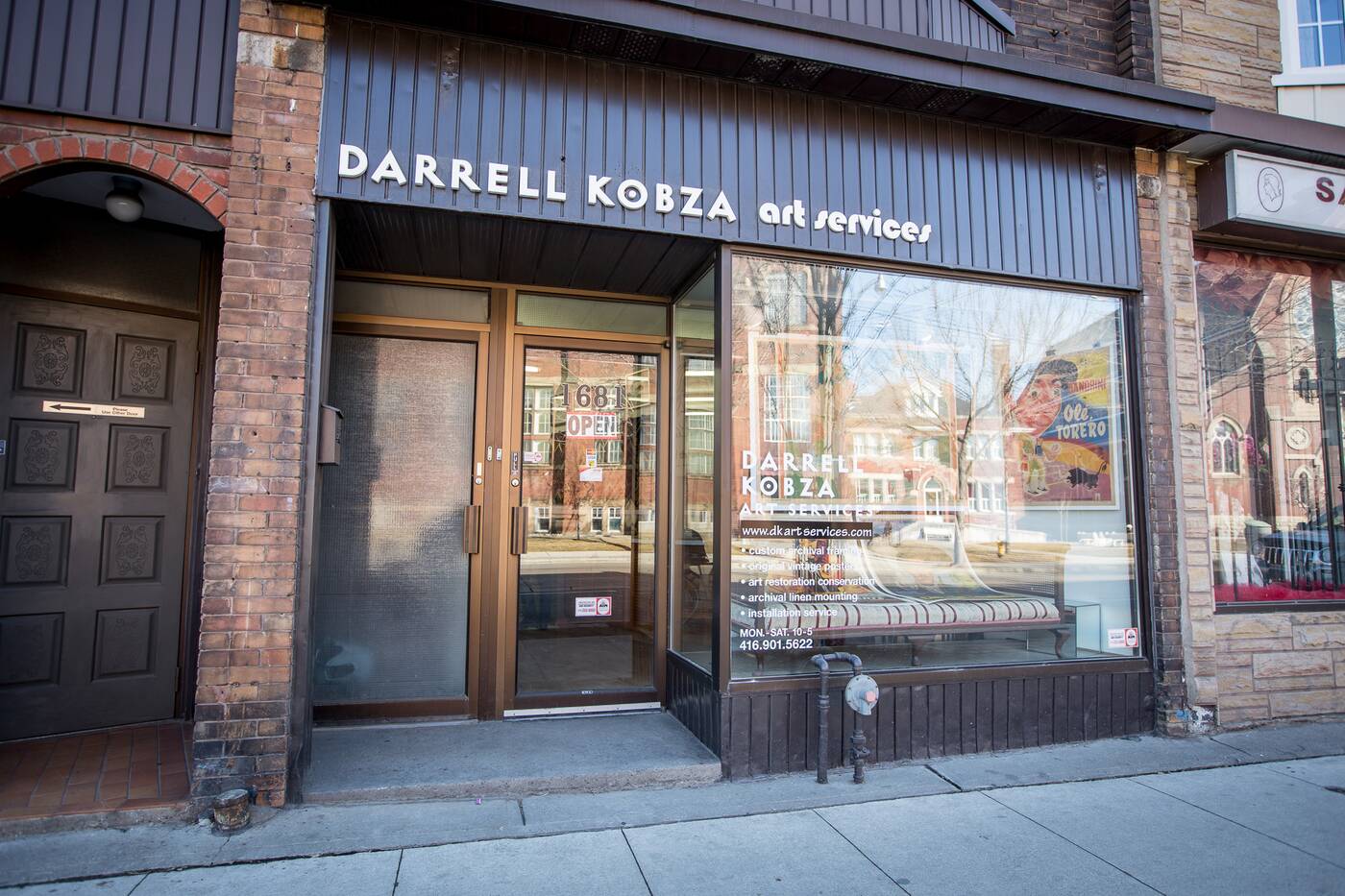 The Best Custom and Picture Framing Stores in Toronto