Homebase is a mecca for anyone interested in graffiti culture. The little shop on Camden Street near Queen and Spadina can't be easily classified — it's part gallery, part arts supply, part clothing boutique, and part vintage collectibles.

"Call it a lifestyle shop," Homebase owner and Toronto artist "Skam" tells me on my first visit to the space. "Lifestyle." 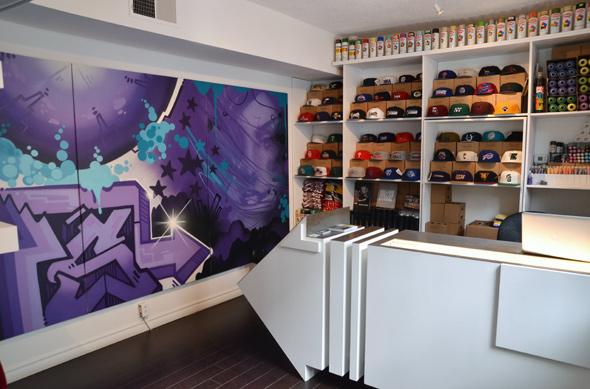 Homebase opened about a year and a half ago in a century-old home that has been divided into residential units. Skam stumbled upon the space after a friend was looking to move out of the unit, and he had the good fortune of an easy transition from residential to commercial zoning. 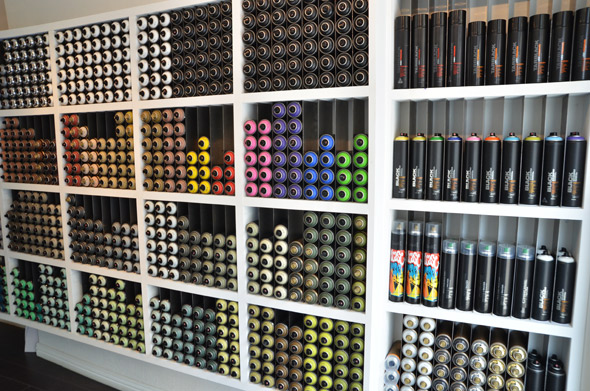 You'd never be able to tell that Homebase was actually someone's "home base" (har har) not too long ago, though, since the store now sports new floors, neat shelves, and a wall of meticulously arranged cans of spray paint. Skam sticks with one brand — Montana — which he says is the best of all paints he's tried. The paint comes in regular ($7) and tall ($10) cans, in about every colour imaginable. 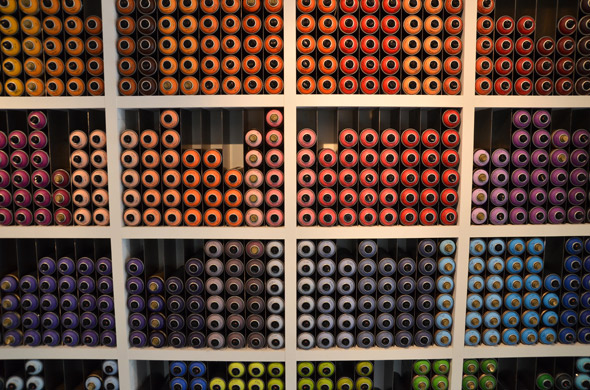 But Skam is quick to distinguish his shop from others that simply sell spray paint. Having worked in retail (shoes, specifically) for years before deciding to venture out on his own, Skam wanted his graffiti shop to incorporate clothes and accessories that mesh with the graffiti lifestyle. Some of his shirts ($35) and hoodies ($60), in fact, carry graphics designed by local artists. The shoes, on the other hand, are mostly of familiar brands (Nike and the like), though Skam tries to source hard-to-find styles from overseas or discontinued designs. 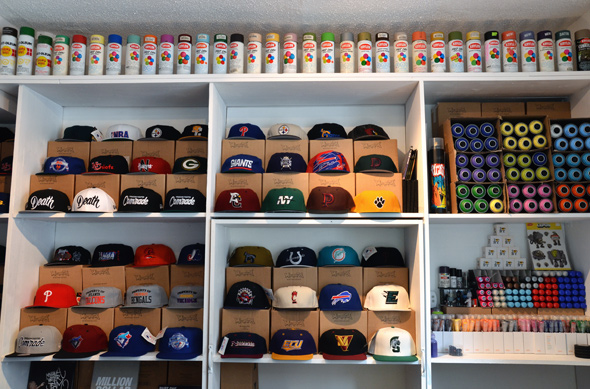 Then, there's more of the memorabilia items; books, decals, and vintage cans of paint. "I really wouldn't use them," Skam says, picking up 20-year-old can of Rust-Oleum. "People would buy these for their collections." Indeed, it's not the paint collectors would be after, but the discontinued logo and can design. Rust-Oleum, after all, is still in business, but its cans don't look anything like they did in the early 90's. 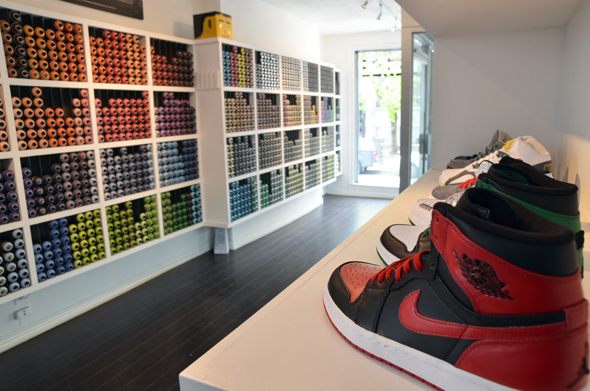 And speaking of early 90's, Homebase has rows and rows of snapbacks ($40), many of which are vintage with original tags. "See this," Skam says, pulling a Blue Jays cap off the shelf. He flips over the tag. "No dot-com on the label. This was before the Internet." 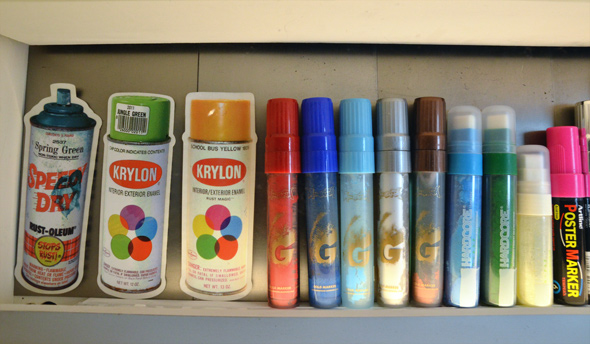 While Homebase could certainly serve as a resource for people looking to repaint their garden fences, to members of Toronto's graffiti scene — those, perhaps, astute enough to notice the significance-laden arrow shape of the shop's front counter — it seems to offer much more. Think, "lifestyle." 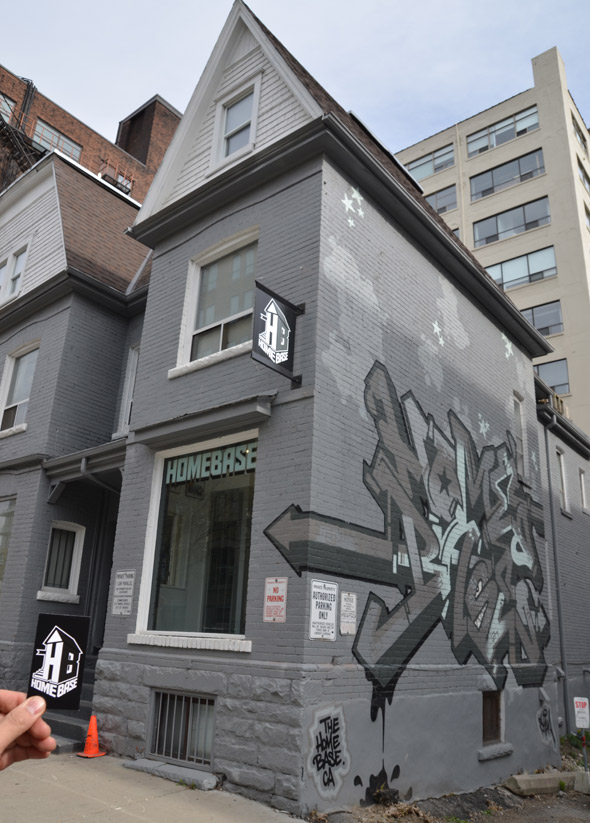