Another day, and another shameful headline for the TTC.

Toronto's public transit system has been placed well below other mass transit networks in the world on a global ranking, especially given the vast amounts of money, time and energy invested in improving and expanding service on subways, buses and streetcars in this city.

The Urban Mobility Readiness Index for 2022 has listed Toronto at number 34 on their list ranking the best global public transit systems, beaten out by New York City, San Francisco, Vancouver, Stockholm and an additional 29 cities.

In addition to mass transit systems, airports, ferries, and other infrastructure, the ranking from the Oliver Wyman Forum considers factors like sustainable mobility and urban mobility readiness.

It states that despite having "affordable" public transit and a system "connected by a strong multimodal network," the city has yet to achieve its elusive Vision Zero Goal and is recording traffic fatalities in the double digits.

Though it appears road fatalities are dropping, a shocking 50 people died on Toronto roads this past year, including 22 cyclists.

As for affordability, depending on who you ask, a $3.25 TTC fare isn't quite pocket change, especially with plans to hike fares up by another ten cents in the near future.

Those still waiting for the long-overdue Eglinton Crosstown LRT might not be inclined to say the city is connected by "strong" networks at all.

Points were also docked for having "few mobility companies" based in the city. 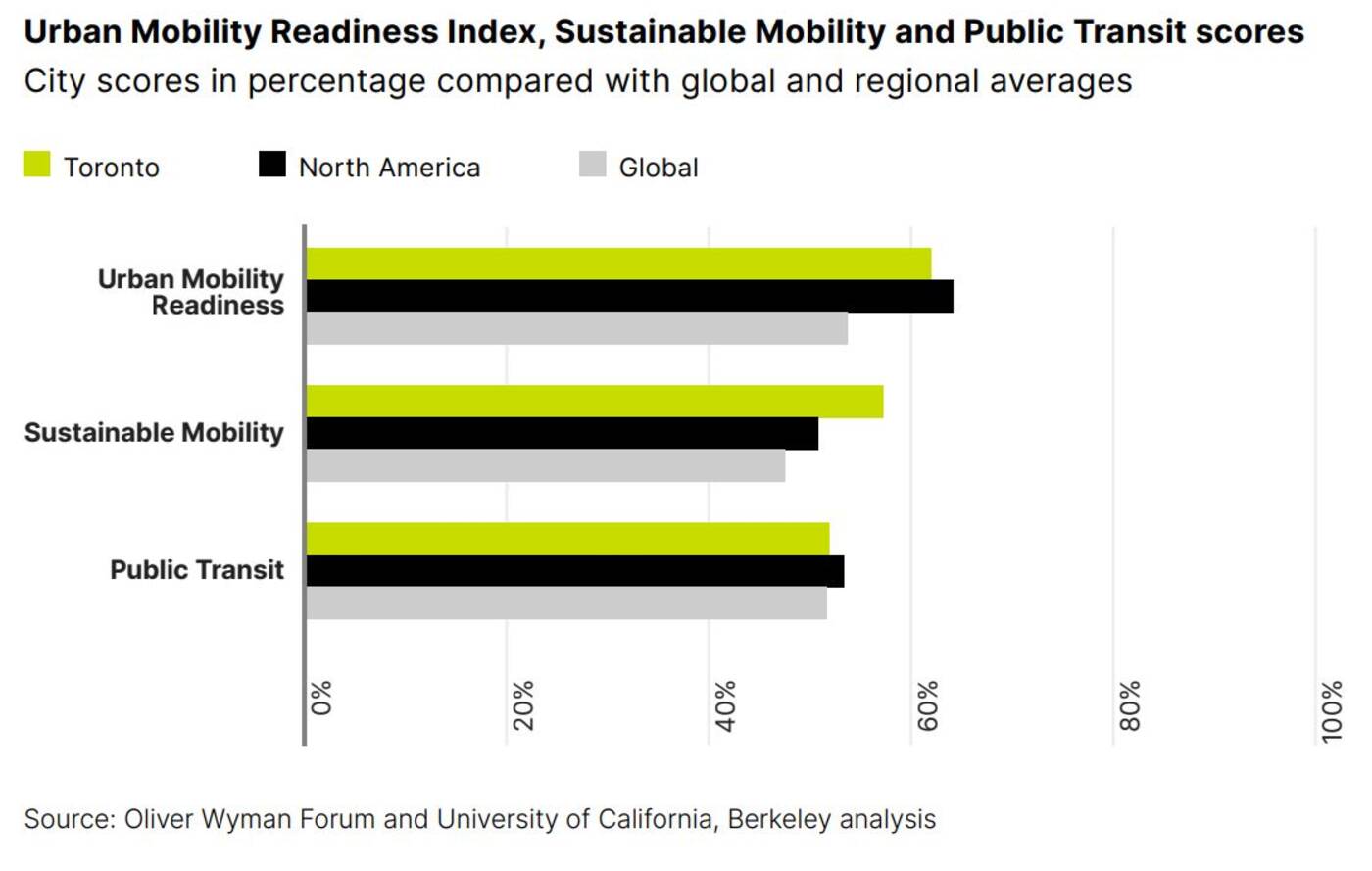 Among our competitors, Montreal was lauded as North America's sixth-best system, with NYC in the top spot and Vancouver trailing behind in second place.

Globally, Hong Kong has the best system in the world. And while hoping for our city to achieve Hong Kong-level status would be ridiculously silly, there is still much room for improvement on the home front.