I'd bet that every driver alive has, at one point or another, considered which string of characters they'd use for a personalized (or "vanity") licence plate — and that's including those of us who think it's stupid to spend more than $300 on something that would let anyone instantly identify our vehicles, at any time, wherever they may be.

Love or hate the idea of vanity plates, a really strong one has the power to delight countless masses of people every single day, from the proctologist-perfect "ASSMAN" of Seinfeld fame to Arrested Development's "ANUSTART," chosen specifically by Tobias Funke to celebrate "a new start."

The aforementioned plates may be fictional, but they are both surprisingly in line with some of the combinations Ontario residents tried to secure for their own cars in 2022, such as "1PHATASS," "I.ET.ASS," "PPPOOPOO," "SKYDMARK" and "FAAT.BUM."

Butt stuff, however, accounted for only a small fraction of the more than 3,300 letter and number combinations rejected by Ontario's Ministry of Public and Business Service Delivery for vanity plates last year, per a new list obtained by blogTO.

A spokesperson for the Ministry told us on Monday that personalized licence plate applications "will not be accepted if the combination of letters/numbers selected has already been issued. In addition, requests will not be approved if they are determined to be objectionable under certain criteria."

All of this makes logical sense, considering the provincial government's stance on hate speech, violence, human rights and obeying the law.

What made less sense to me when reading the 30-page-long document of plates rejected between Jan. 1 and Dec. 8 of 2022 was why anyone would burn between $310 and $336.40 requesting phrases that are so obviously verboten.

The government makes its criteria for vanity plates crystal clear in application materials, and yet this year's banned list contains some seriously dumb stuff. The kind of stuff that I can't even repeat here in text. 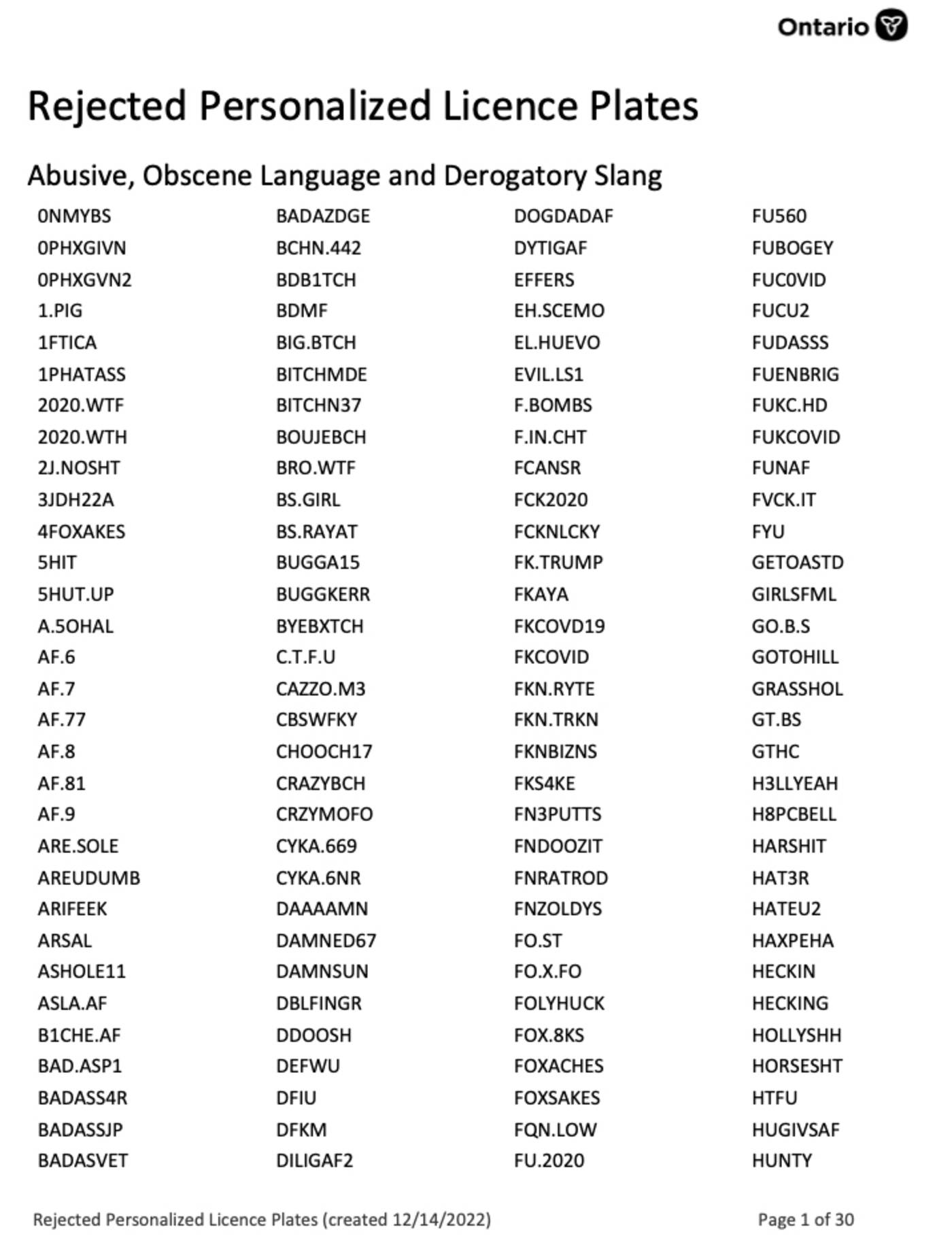 A ministry spokesperson told blogTO on Monday that the provided list was created on December 14, 2022, and that it only includes personalized licence plates (PLPs) ordered between January 1, 2022 and December 8, 2022 that were rejected following review.

"The list is subject to change and plate status may have been edited since the list's creation/ Licence plates pending review are not included in the attached list," said the ministry rep.

"PLPs may undergo a second review as a result of a request for reconsideration. As such, any of the licence plates in the attached list may be approved in the future."

I somehow have a sneaking feeling that many of those under the categories of "Sexual Meaning and Eliminatory Functions," or "Abusive, Obscene Language and Derogatory Slang" or "Violence and Criminal Activity" will not win any appeals. 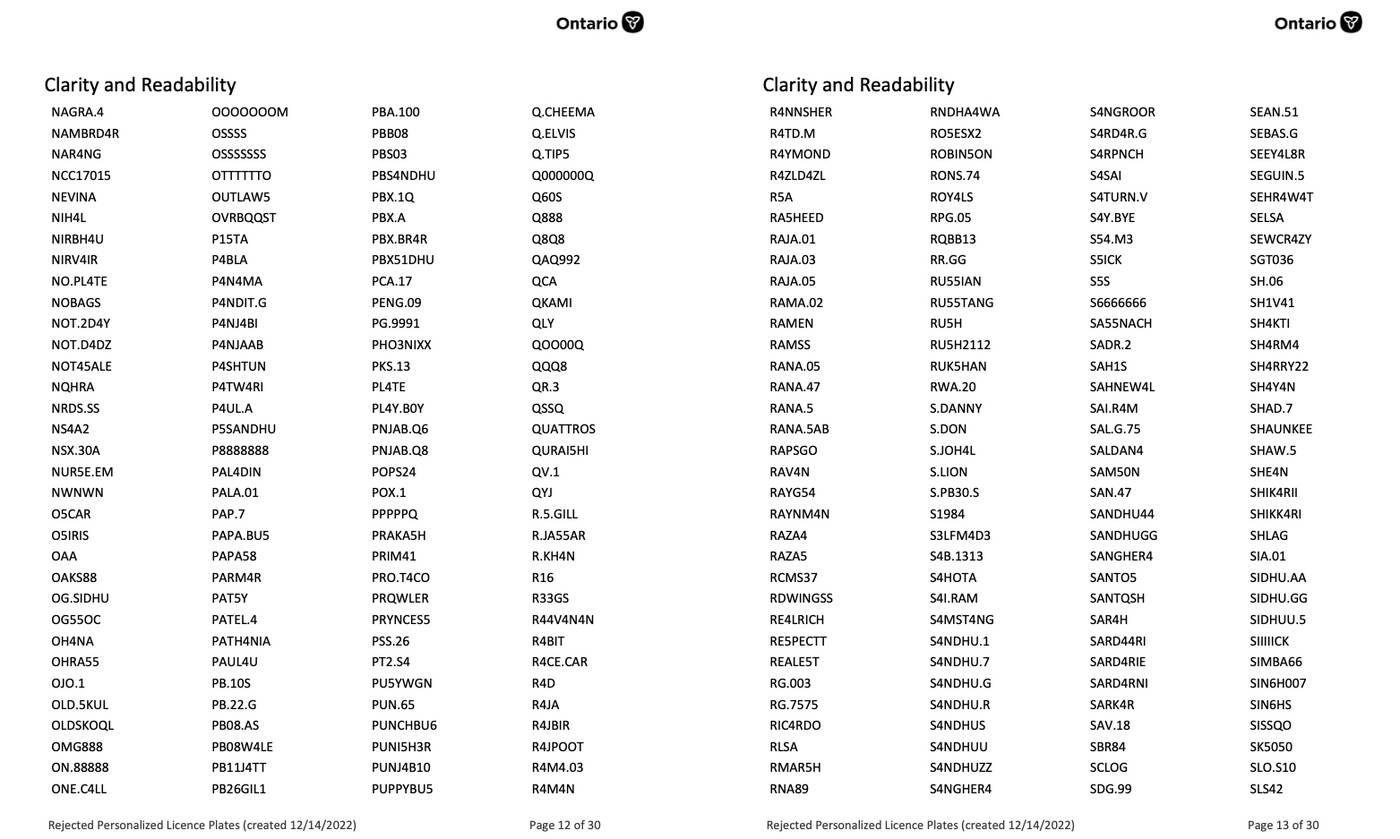 Nearly full 12 pages worth of plate numbers (more than 1,500 of them) were merely disqualified due to problems with clarity and readability.

A small selection of others that might give you a laugh and are not overly offensive, curated from the entire list, include: