Yet another part of Toronto's Union Station is now under construction

Remember back in mid-2021 when Toronto Mayor John Tory announced the completion of the protracted Union Station revitalization project, and the city responded with a collective, "yea, sure, buddy"?

Though that announcement indeed marked the end of a major facet of the complex project, work is far from complete at Toronto's busiest rail travel hub, and another critical aspect of the project is only now beginning its construction.

Metrolinx announced that major construction work has begun for Union Station's new south passenger concourse in mid-November, kicking off with the start of pile drilling for the new platform's foundations.

This future south concourse will span roughly 325 metres in length, around the same length as a 12-car GO train.

In preparation for the new concourse — which will eventually link the station's Bay and York concourses — Union's platforms 24 through 27 were demolished, freeing up space for new, wider platforms that will more efficiently move passengers.

Following the completion of demolition, the first of over 50 piles were drilled for the concourse last month, and will eventually form the addition's underground foundations. This piling phase started at the west end of the station site and will continue in an eastward direction.

🚧 Piling work is about to start at #UnionStation, that will form the foundation for the future south concourse 🏗 over 50 caisson piles will be built by driving a hollow tube into the ground, placing large steel supports into the tube, and filling it with concrete. #GOExpansion pic.twitter.com/kNNXM0tvp3

Over the winter, existing track slabs constructed at an earlier phase in the project — located on the footprint of the future concourse — are set to be demolished and excavated.

Once the pit is dug out, the underground elements of the concourse will begin to take shape, starting with concrete slabs, columns, and stairs to access the new platforms.

In order to support Union's historic train shed safe during the construction, a series of 14 temporary structural steel supports were added to brace the heritage structure.

Other visible work is unfolding within the existing station building, including new sets of temporary stairs, one of which will create a new direct connection with Scotiabank Arena. 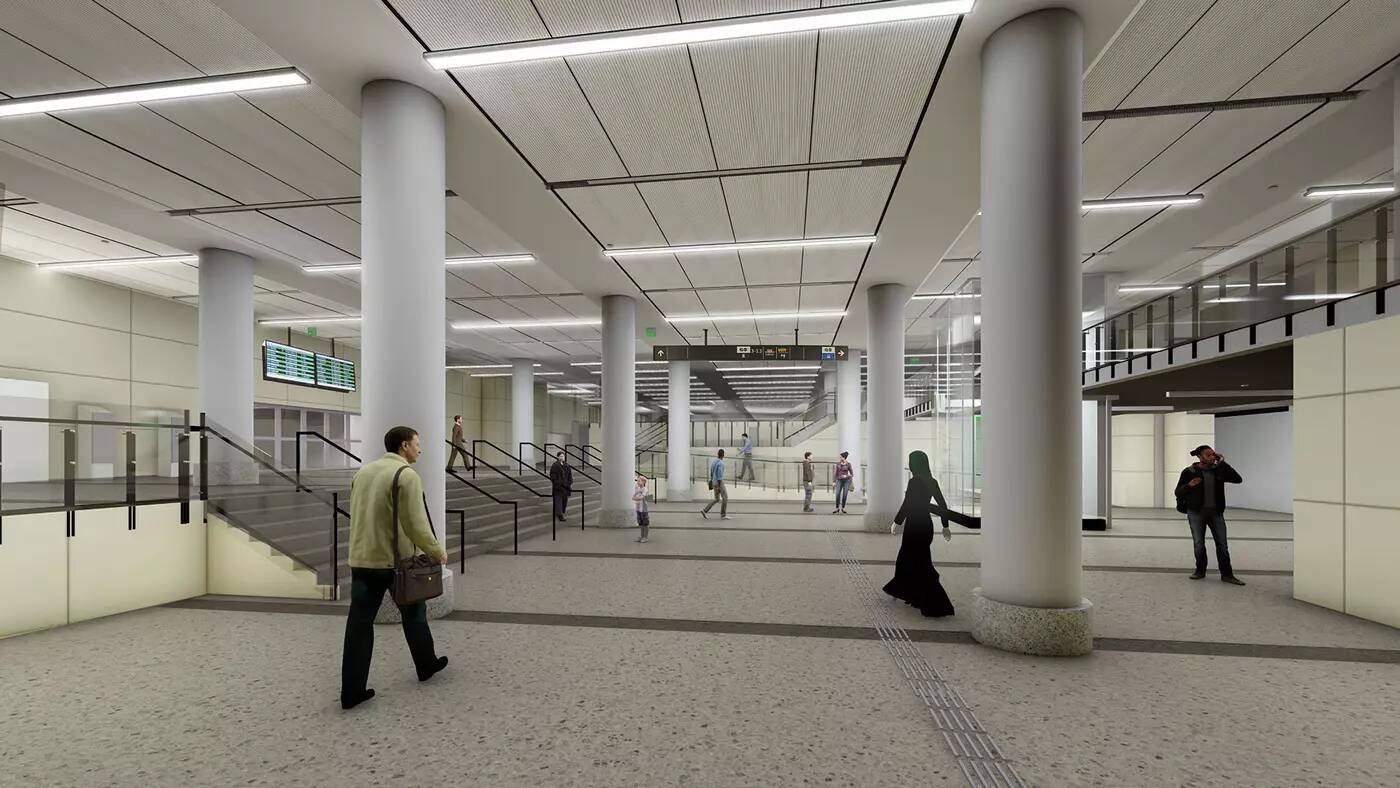 The future concourse and newly widened platforms will combine to create more seamless connections, and eliminate one of the most confusing paths through the station with the planned removal of the pedestrian walkway located south of the VIA concourse that connects to 25 York Street.