Plans to construct a new public park in Toronto's central waterfront have been percolating for years, and are now one step closer to reality.

The forthcoming Rees Street Park is the product of an international design competition launched by Waterfront Toronto and the City of Toronto in 2018, and the project design recently advanced when plans for the 2.3-acre public space appeared before the City's Design Review Panel (DRP).

The public was treated to its first glimpse of the proposed park in late 2018 after a design jury selected Rees Ridge by wHY Architecture in partnership with Brook Mcllroy as the winning design for the park. That design has been quietly evolving in the background in the years since. 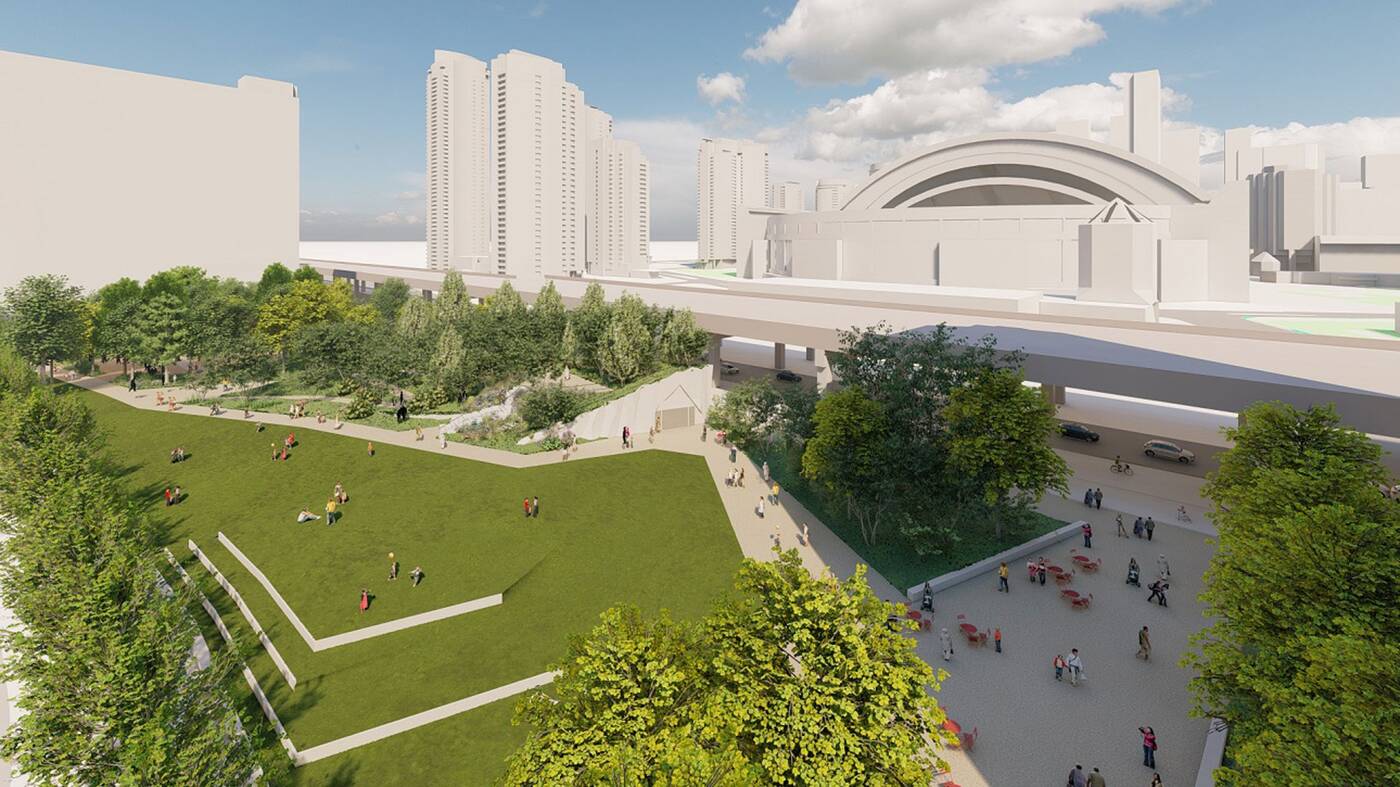 At the time of its announcement, the park was scheduled to begin construction in 2020. However, due to the need to coordinate the park's design and construction with a stormwater shaft project on the subject site, the implementation schedule was paused.

Waterfront Toronto finalized the project's phasing plan last December, and has since been working with wHY Architecture and the City to optimize that park design in response to concerns laid out by the competition jury when the plan was selected.

These consultations have resulted in a few changes from the plan shown four years earlier, with some features added and others removed in what Waterfront Toronto says is an effort "to optimize the park's functionality."

Its recent appearance at the DRP revealed new details about the project's evolving design, with feedback from the panel informing further revisions as the idea comes closer to its final plan.

The park's varied topography is inspired by Scarborough Bluffs, with artificial cliffs terracing down to green spaces below. This feature would be realized through a large ridge offering a new vantage point over the lake and surrounding area, accessed via a winding pathway with year-round landscaping. 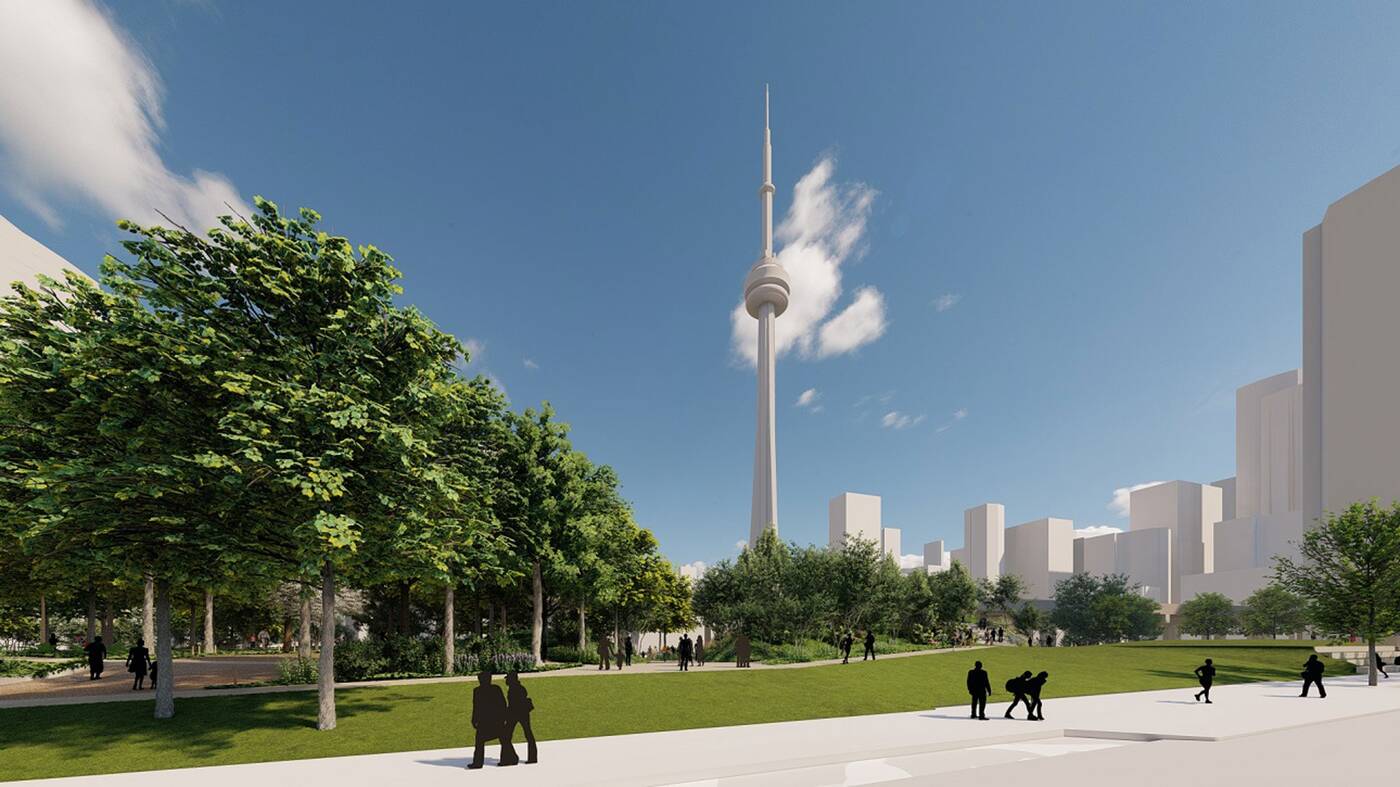 A few features removed from the earlier iteration of the design have allowed the enhancement and expansion of other proposed features, including a larger playground, more recreational courts, and an expanded off-leash dog area.

This raised landform will conceal the park's maintenance and public washroom facilities, which will be accessible from the ground-level below. 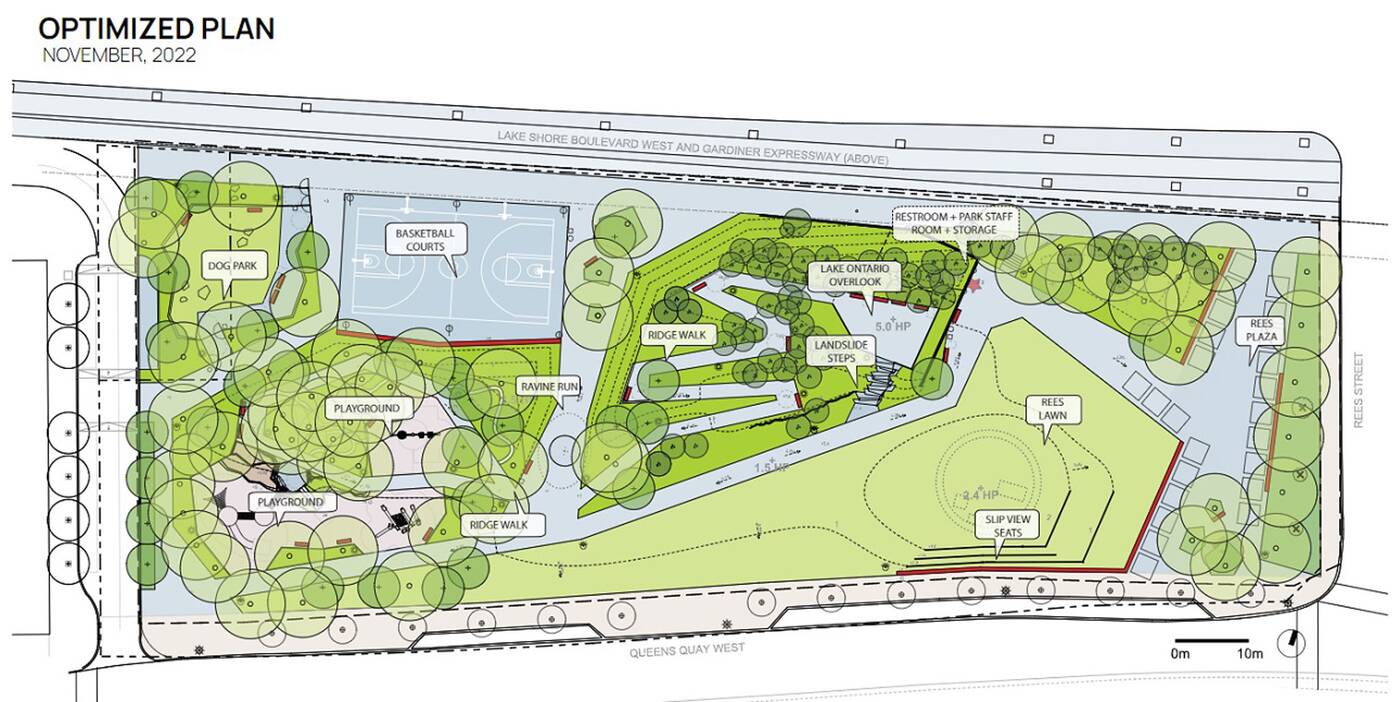 Programming plans include a space called Rees Plaza at the east side of the park, which will feature 25 vendor stalls for a year-round market space at the heart of the waterfront. Ample seating, skateable surfaces, and a lawn for added programming will support this four-seasons outdoor space.

The park's west side will be more geared towards family activity, with a playground surrounded by trees, a basketball court, and a large dog off-leash area.

Although the project design is advancing, Waterfront Toronto stresses that the park's realization is currently "contingent on some additional funding."

In addition to the funding situation, the design is still evolving. Rees Street Park's design phase is expected to hit the 60 per cent milestone by the end of 2023, so shovels probably aren't going to hit the ground any time soon.

wHY Architecture and Brook Mcllroy