Canada's most-iconic deep discount retail chain (I'd call it a dollar store, but we all know that's no longer true of Dollarama) continues to expand in Toronto — but the presence of a new, soon-to-open store isn't all great news for people living nearby.

Dollarama's ubiquitous green-and-yellow branding recently started to appear in the windows of a long-vacant unit below the Metro supermarket at 1230 Queen Street West, right on the border of WQW and Parkdale.

When asked about the location on Queen near Dufferin, the Montreal-based retailer confirmed to blogTO this week that "Dollarama does intend to open a new store at that address in the coming months." 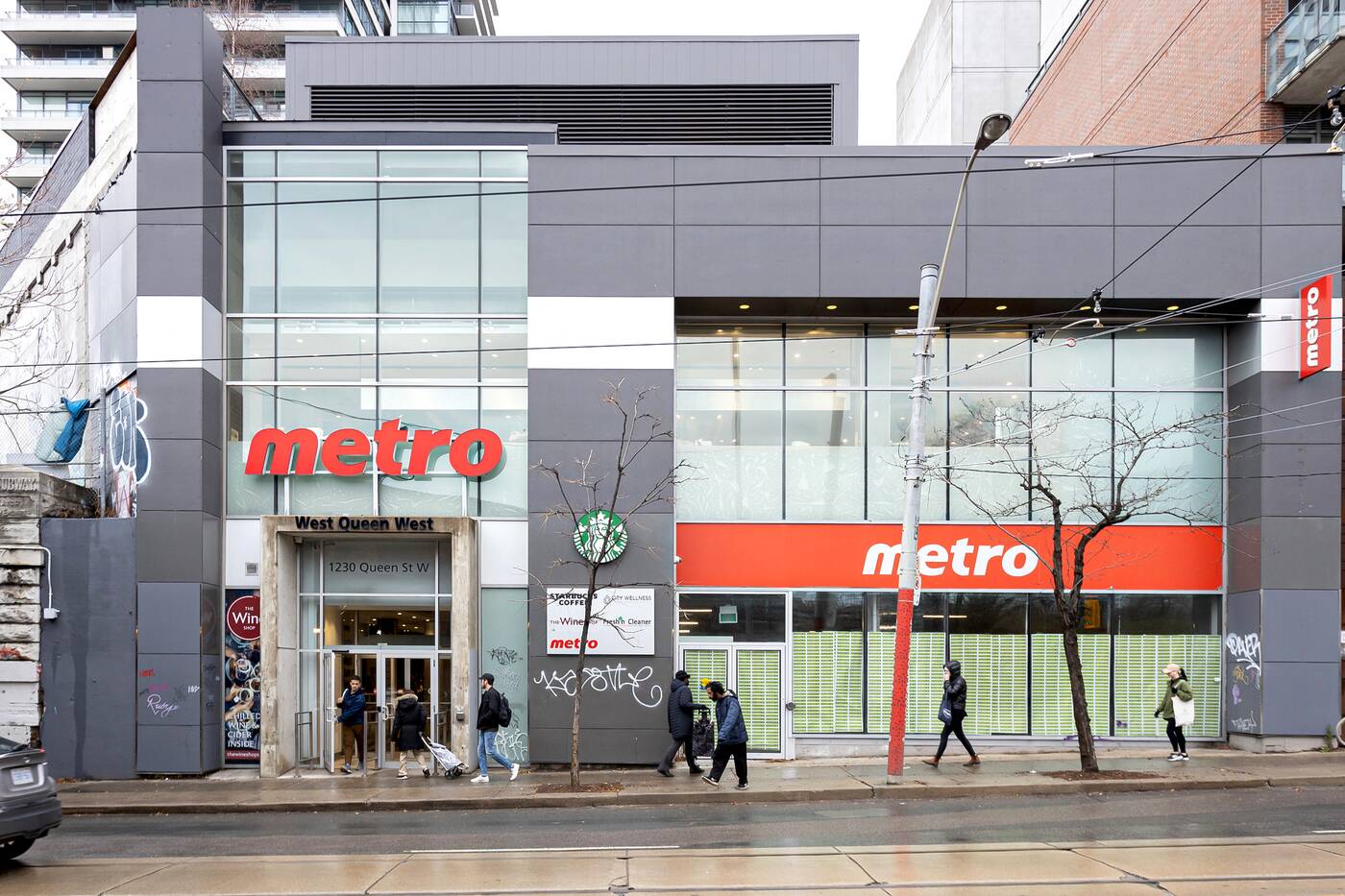 Subtle signs of a new Dollarama store are starting to appear at the base of a condo complex at Queen and Gladstone in Toronto. Photo by Fareen Karim.

"We look forward to bringing our broad offering and compelling value, as well as additional convenience to area customers," said Dollarama spokesperson Lyla Radmanovich by email, clarifying that this new store is not intended to replace the neighbourhood's existing Dollarama.

"This is a net new store, not a relocation," she continued. "It is business as usual at the Parkdale Dollarama location at this time. Should a store close and/or relocate, this will be communicated to customers."

While its closure may not be imminent, we do know that the beloved Dollarama at 1337 Queen St. W. will eventually cease to exist — at least in its current iteration.

That address has been earmarked by the City of Toronto as part of a large-scale strategic building initiative called the Parkdale Hub Project.

Phase 3 of the project, which seeks to "deliver wide-ranging social, cultural and economic benefits to the Parkdale community," involves the expropriation of the privately-owned property upon which Dollarama currently stands.

Toronto intends to take over the land "to deliver additional city building benefits, including affordable housing and new community spaces." 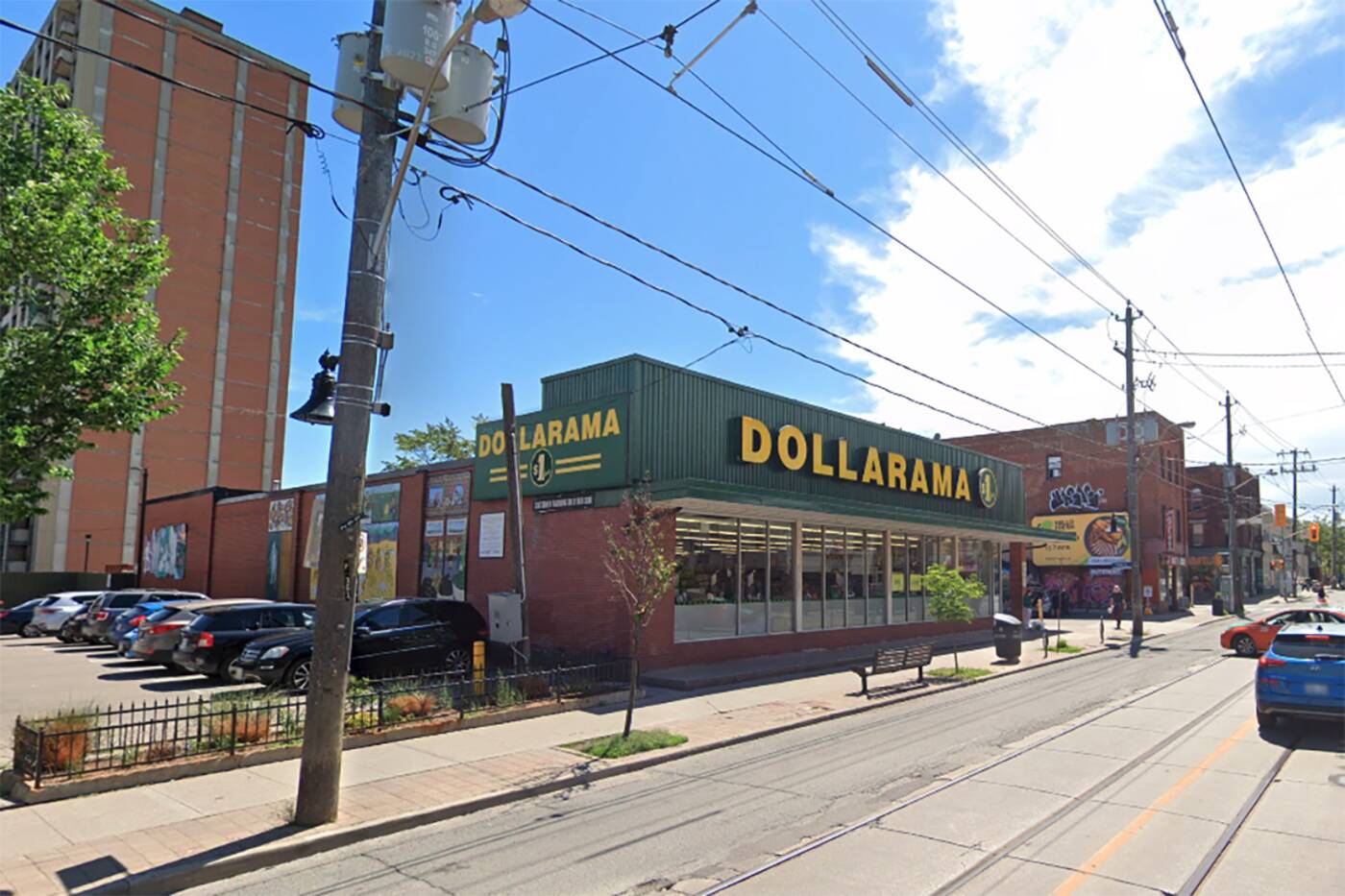 The Dollarama in Parkdale is unique in that it has parking lots on both sides. Image as of summer 2021 via Google Maps.

As cool as the affordable housing and community elements of the city's plan are, I can safely say that the "dollar" store location will be missed by many in the neighbourhood who rely on it for basic household goods, food and entertainment supplies.

It is not clear when the store at 1337 Queen St. W. will close, or if it'll even close for good once construction starts, though per the provisions of a report for action reviewed by City Council this summer, the city "is to assume the obligations of the Vendor as landlord under the existing leases with Dollarama L.P. and Outfront Media."

Council approved a recommendation to acquire the building from its owner at a cost of $4,657,000 in July of 2022, but a confirmation of the sale has yet to be announced. 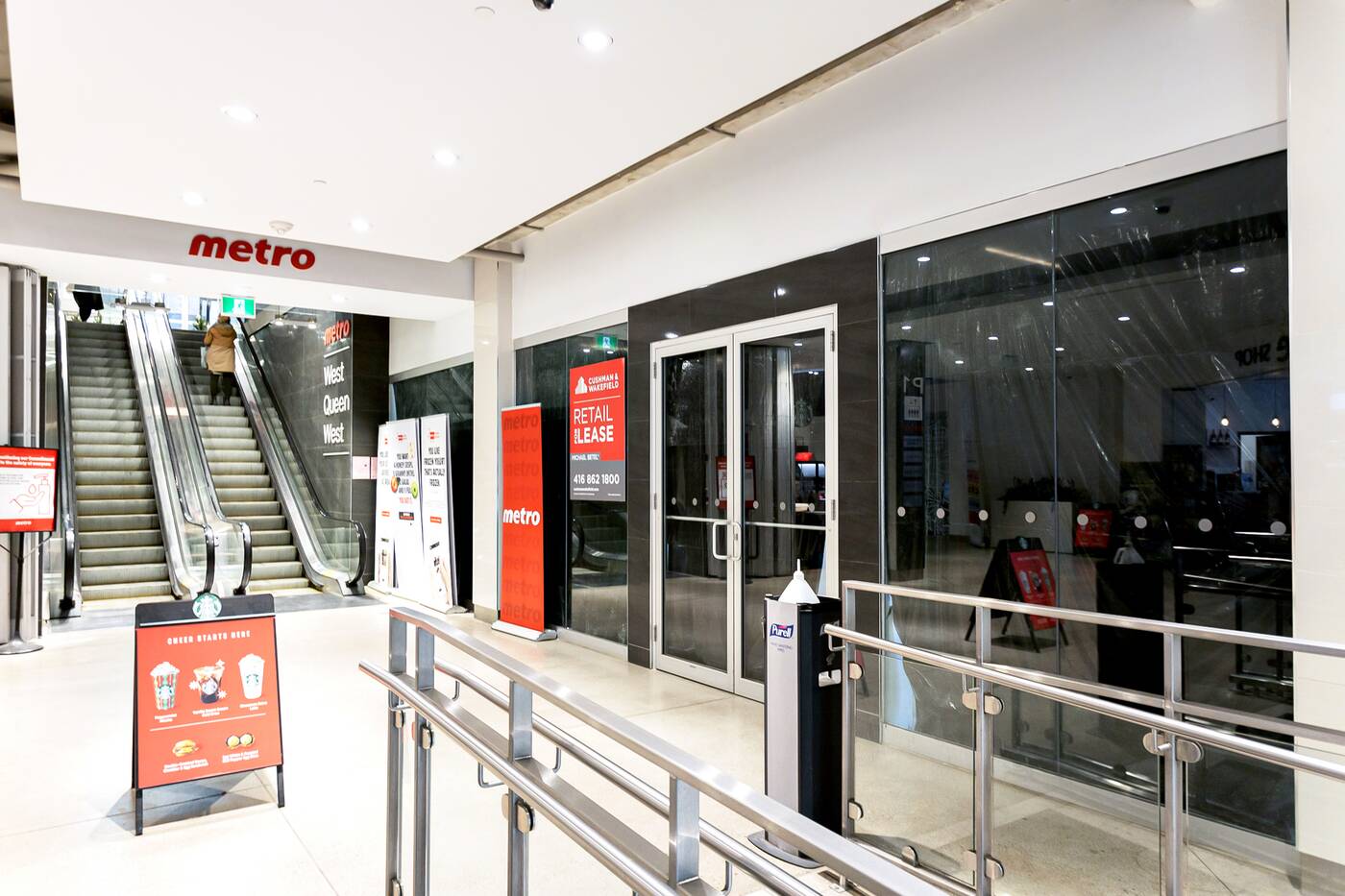 Dollarama's new west-end store is slated to open beneath Metro at Queen and Gladstone in the coming months. Photo by Fareen Karim.

Phase three of the Parkdale Hub project, which includes the takeover of 1337 Queen Street West, is now underway, according to the city, with work taking place through 2022 and 2023.

Dollarama says it has no current plans to close the busy Parkdale store, which lies just a few blocks west of the new location under Metro at Queen and Gladstone.

It's good to know, either way, that residents of the neighbourhood will still be able to access an outpost of the popular discount retailer, regardless of what happens to 1337 and when.