Imagine travelling between Canada and the United States by air without ever setting foot into an aircraft. That's exactly the vision a few groups have had over the decades, in unrealized plans to build a cross-border gondola or aerial tramway between Windsor and Detroit.

One notable but ill-fated plan was a turn-of-the-millennium bid from Skylink International to run a 1,219-metre-long system spanning the Detroit River.

The new international border crossing was proposed in 2000, but by 2004, the plan was dead.

Known by the very era-appropriate name of the Freedom Gondola, it would have cost $72 million USD and moved an estimated 4,000 people per hour.

None of the supporting infrastructure was ever built, but one lone relic still exists in the form of a gondola car, which has sat outside the entrance of Canada South Science City in Windsor for years.

Someone needs to save this! We may be too late. This is the old SkyLink Detroit/Windsor gondola concept. It was last sitting outside the now closed Canada South Science City. pic.twitter.com/R5s3WG4N3g

Unfortunately, both the museum and the gondola car have been left abandoned to the elements. The latter is now filled with decaying plant matter and other debris.

And that was after passing another local landmark.

The Freedom Gondola, which would have connected Windsor and Detroit by a skyline gondola system.

But that long-dead Freedom Gondola was not the end of cross-border gondola ambitions for the two cities.

Windsor Mayor Drew Dilkens called for such a system as part of a combined Detroit-Windsor bid for a second Amazon Headquarters in 2017.

Though that border will soon benefit from a new record-breaking bridge with an estimated opening date in 2024 to complement the existing Ambassador Bridge, the Detroit-Windsor Tunnel will remain the only direct connection between Windsor and downtown Detroit.

This is fine for cars, but the tunnel's lack of pedestrian access leaves a void in the two cities' cross-border connectivity, one that could be filled by a gondola service.

In its report, SCJ states that "One of the primary purposes of examining a Windsor-Detroit gondola connection is to explore ways to reduce traffic congestion and to increase mobility options for border crossing between the cities' two major downtown attraction districts, thereby creating a single recreational node." 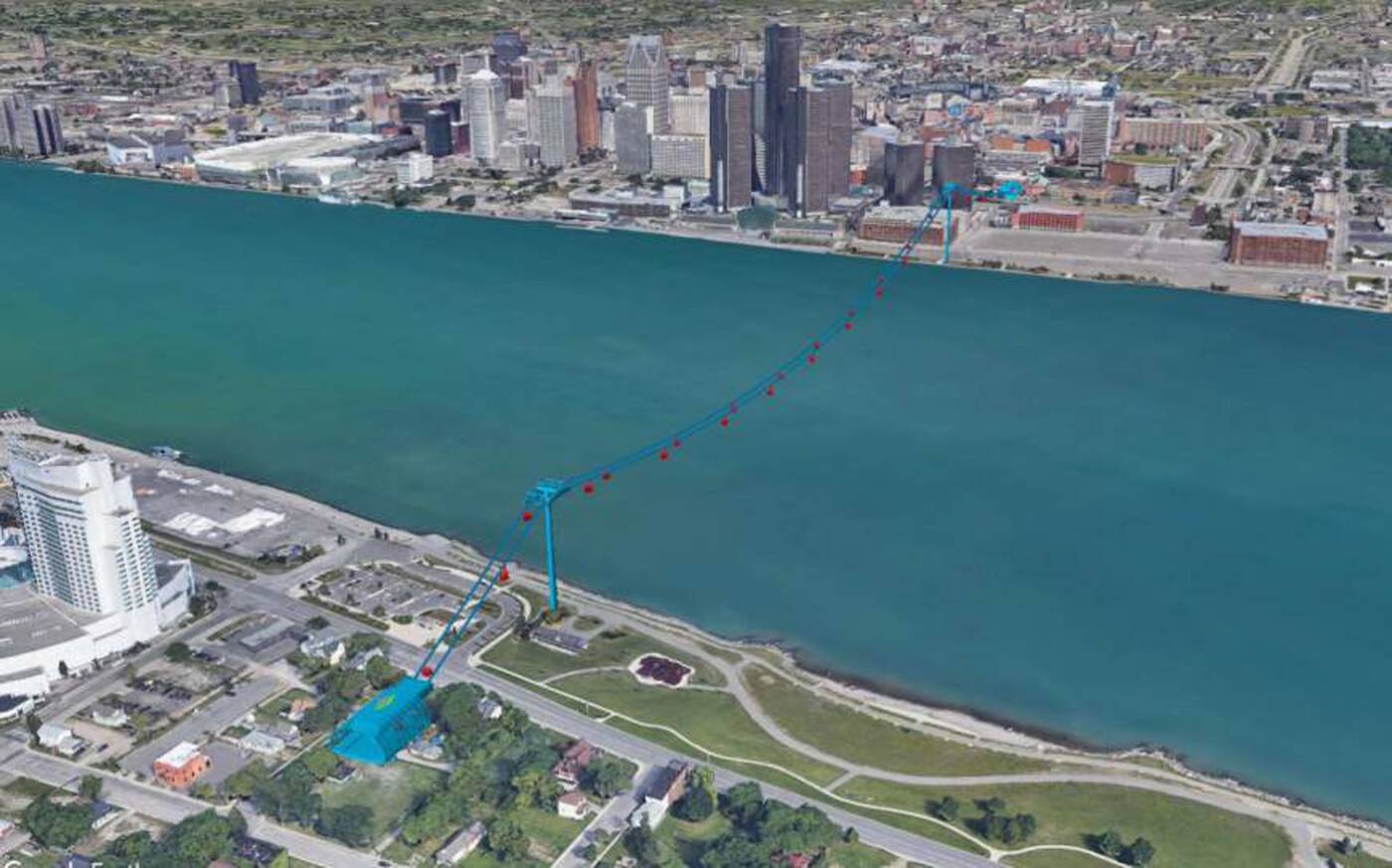 "As opposed to traditional modes of transportation, a gondola connection offers significant advantages in costs, footprint, construction duration, land disruption, among many others." 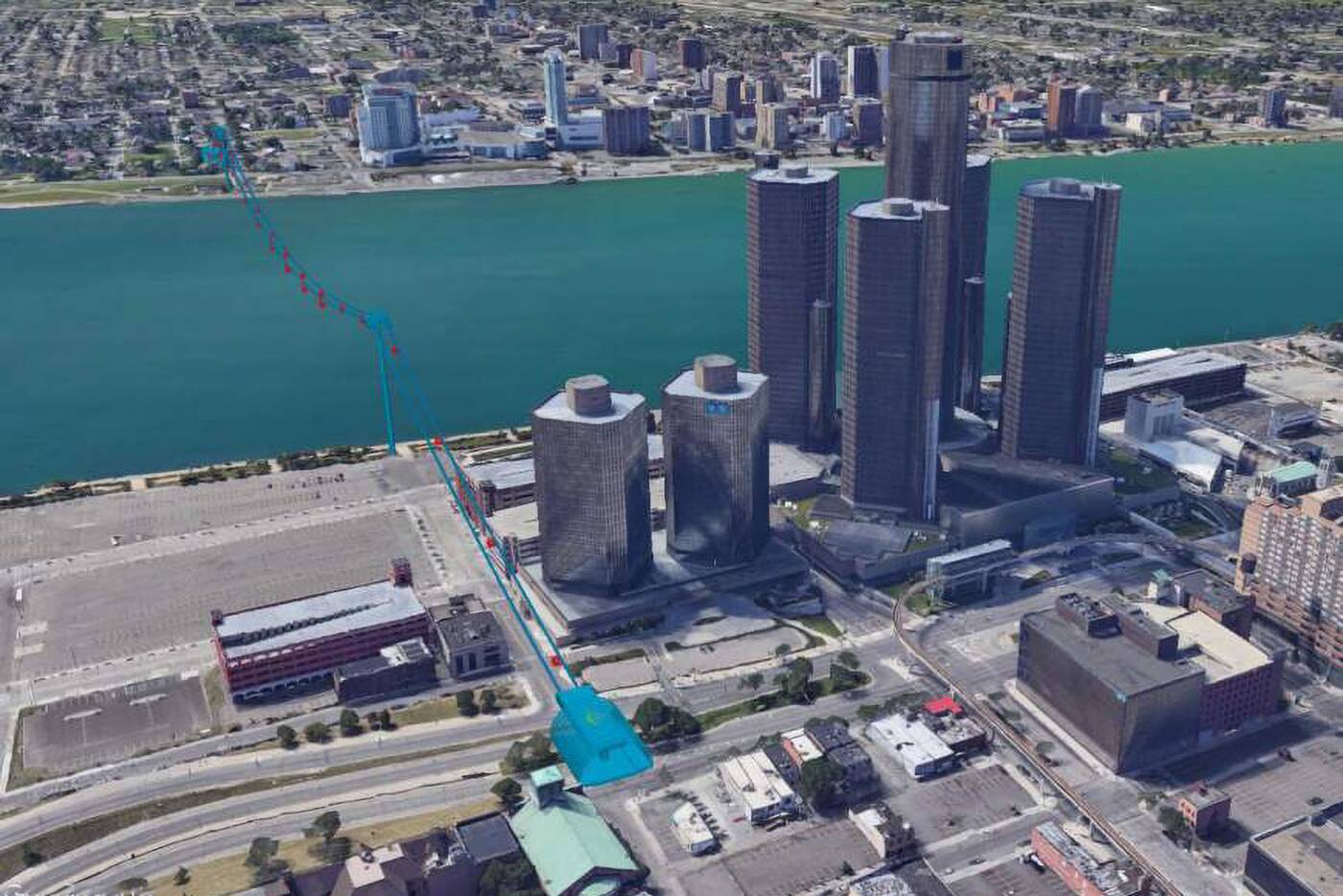 There would be challenges, of course, the most glaringly obvious being the challenges of crossing the river's roughly 825-metre span while maintaining adequate clearances of about 38 meters above the water surface. 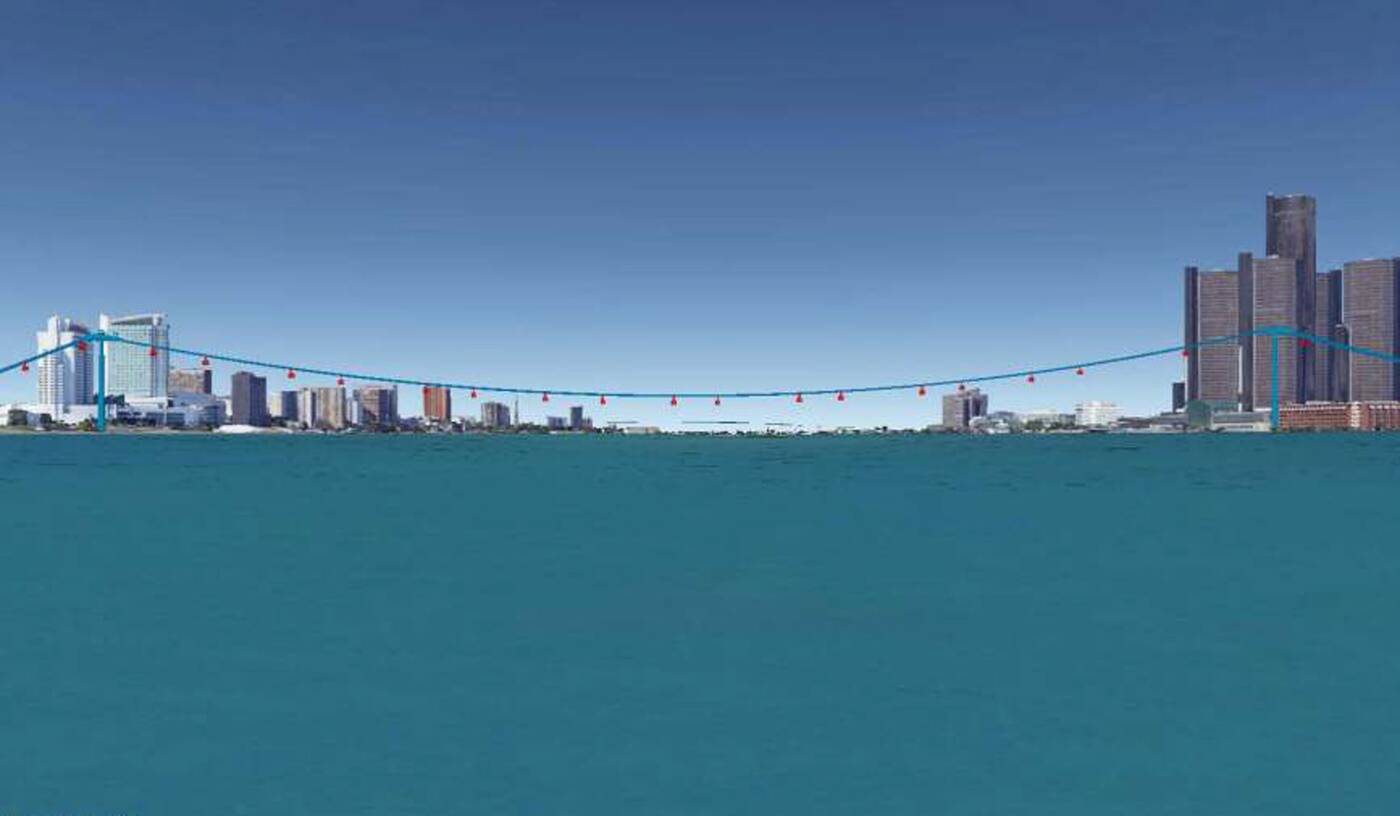 SCJ states in its report that such conditions would likely require the use of a tricable gondola technology, similar to the Koblenz cable car in Germany.

These systems are currently the fastest and highest capacity gondola technology available, with maximum speeds of 16.8 and a maximum capacity of 5,000 passengers per hour. 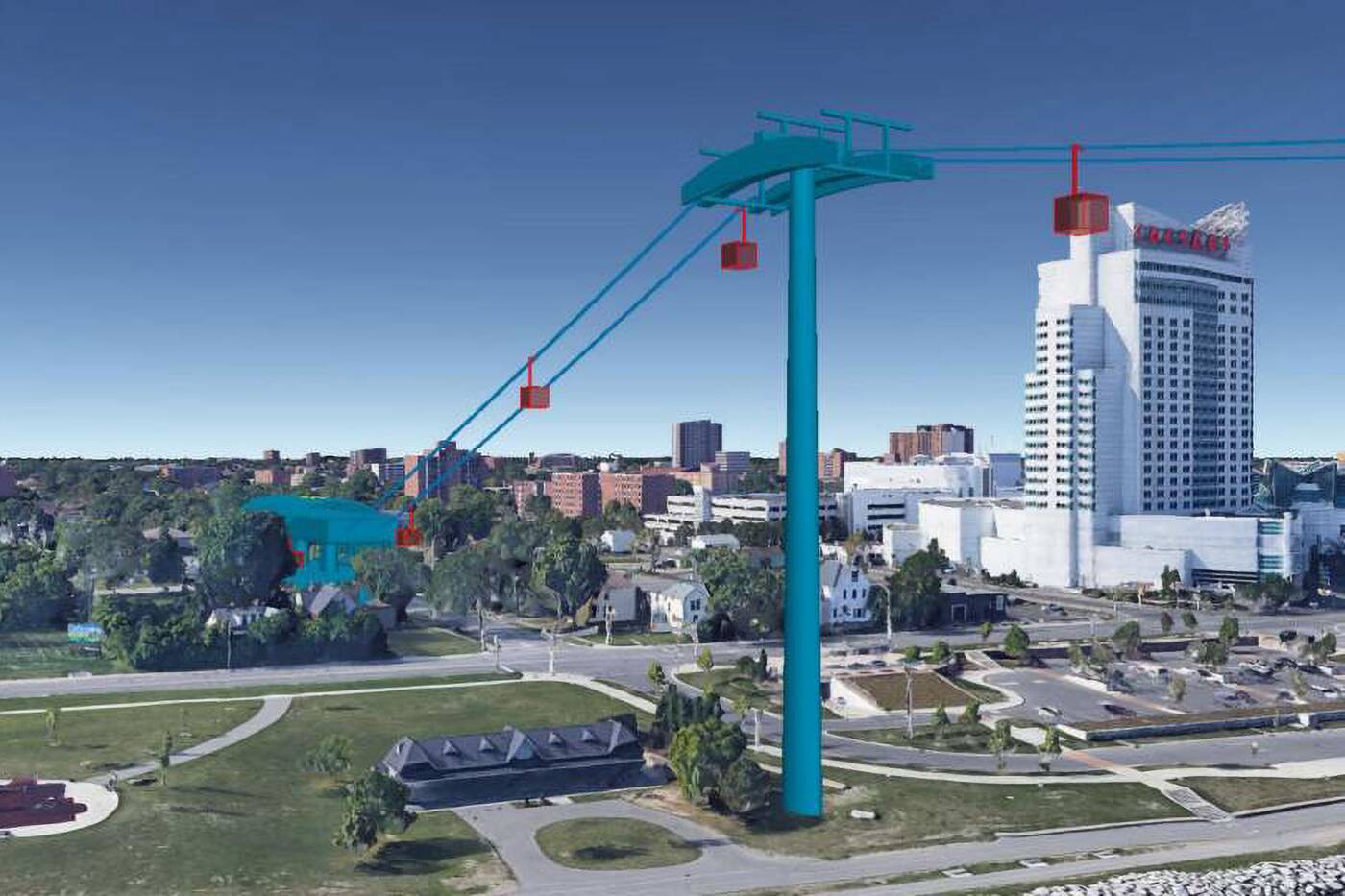 The plan all appears very fleshed-out, though the study stresses that, as of its publication, there are no concrete plans to build a gondola. Instead, the study's purpose is to explore the potential merits, drawbacks, costs, and challenges of an aerial gondola.

As for a timeline, the study says that aerial gondolas typically take 1-2 years to construct once all permits and approvals are in place, though cross-border projects have a reputation for languishing in the planning stages, and SCJ expects "permitting and approvals would take significantly longer than that."