Metrolinx's Davenport Diamond Guideway project is a rarity in the world of Toronto transit, where a line is actually materializing at impressive speed.

Unlike its distant cousin in the oft-delayed Eglinton Crosstown LRT, the elevated GO Transit corridor through the city's west side is coming together at a brisk pace, and the approaching completion of the project is set to come with a brand new park running below the 1.4-kilometre route's raised guideway.

This new public space, known under the working title of the Davenport Diamond Greenway, is being designed to improve the community experience through a mix of landscaping, plantings, a fully accessible multi-use path for pedestrians and cyclists, and new gathering spaces.

Its linear route along the guideway will reunite neighbourhoods that were long-severed by at-grade rail tracks, in a sort-of double-whammy of transportation improvement for trains running above and foot/cycle traffic below.

The public got an updated glimpse at plans for the Greenway in a public presentation held virtually on Thursday evening, including some previously-unseen features.

During the presentation, Metrolinx revealed that the designs had reached 95 per cent completion, while outlining other key aspects of the project's progression. 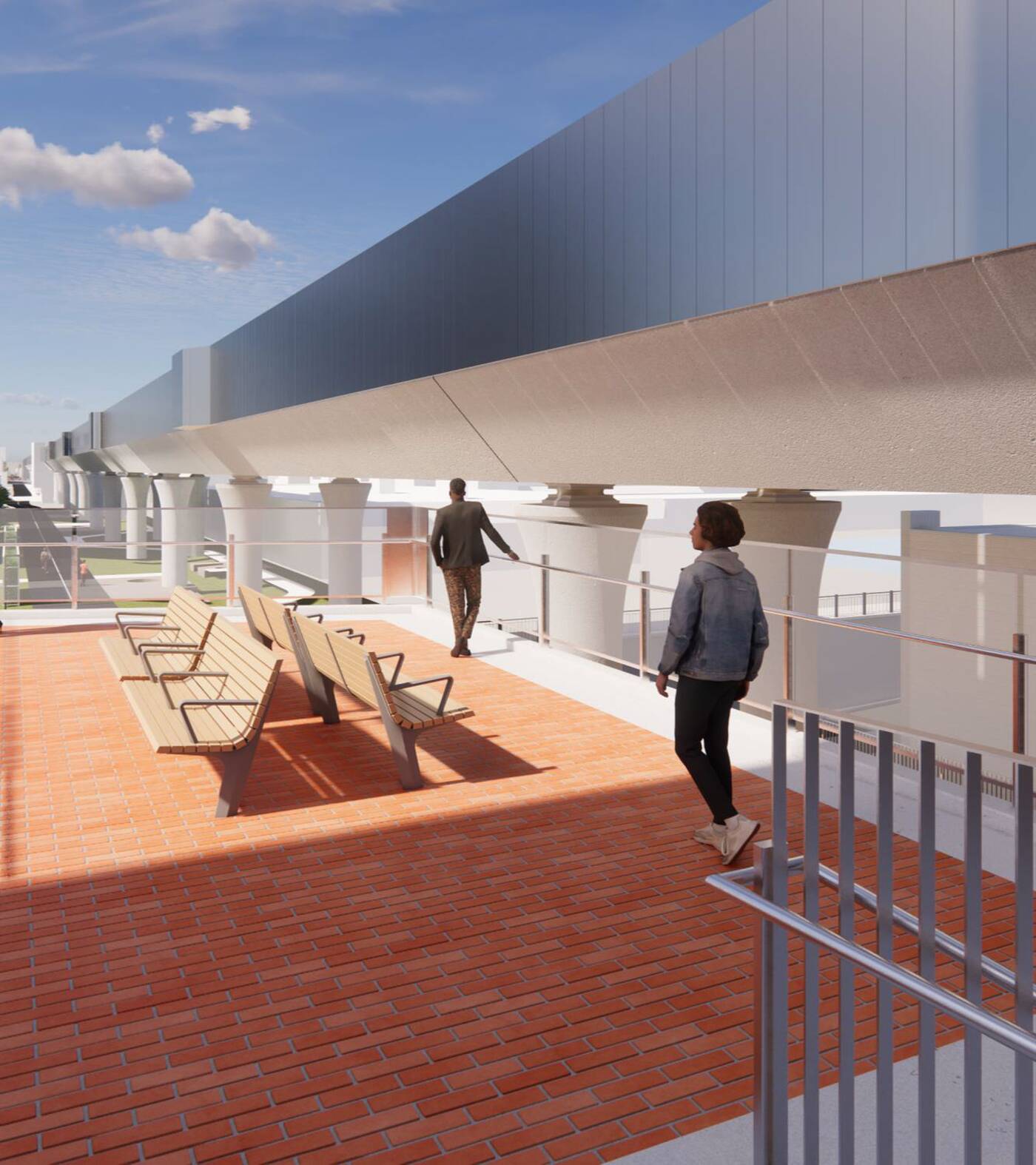 As work moves along quickly for the elevated rail line, details are coming together for the Greenway's design elements, civil, structural, and lighting infrastructure works.

The transit agency is engaged in ongoing meetings with the City of Toronto to review certain components of the project, like a proposed off-leash area for dogs, raised sidewalks along Dupont, along with connections to Davenport Village Park and Davenport Road.

One of the standout spaces shown in this new batch of renderings is a planned Market Square below the guideway at Wallace Avenue, depicted with pop-up market stalls and a very out-of-place New York City hot dog stand. 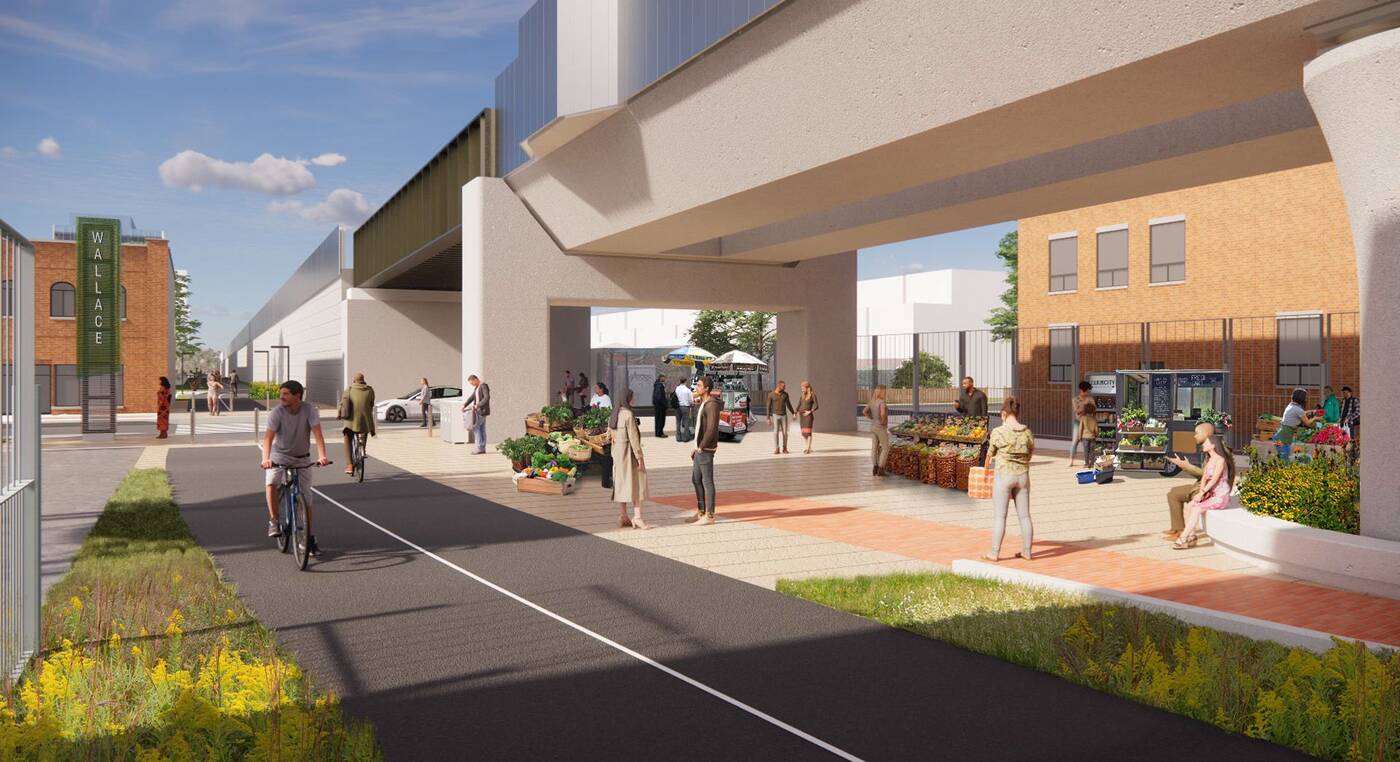 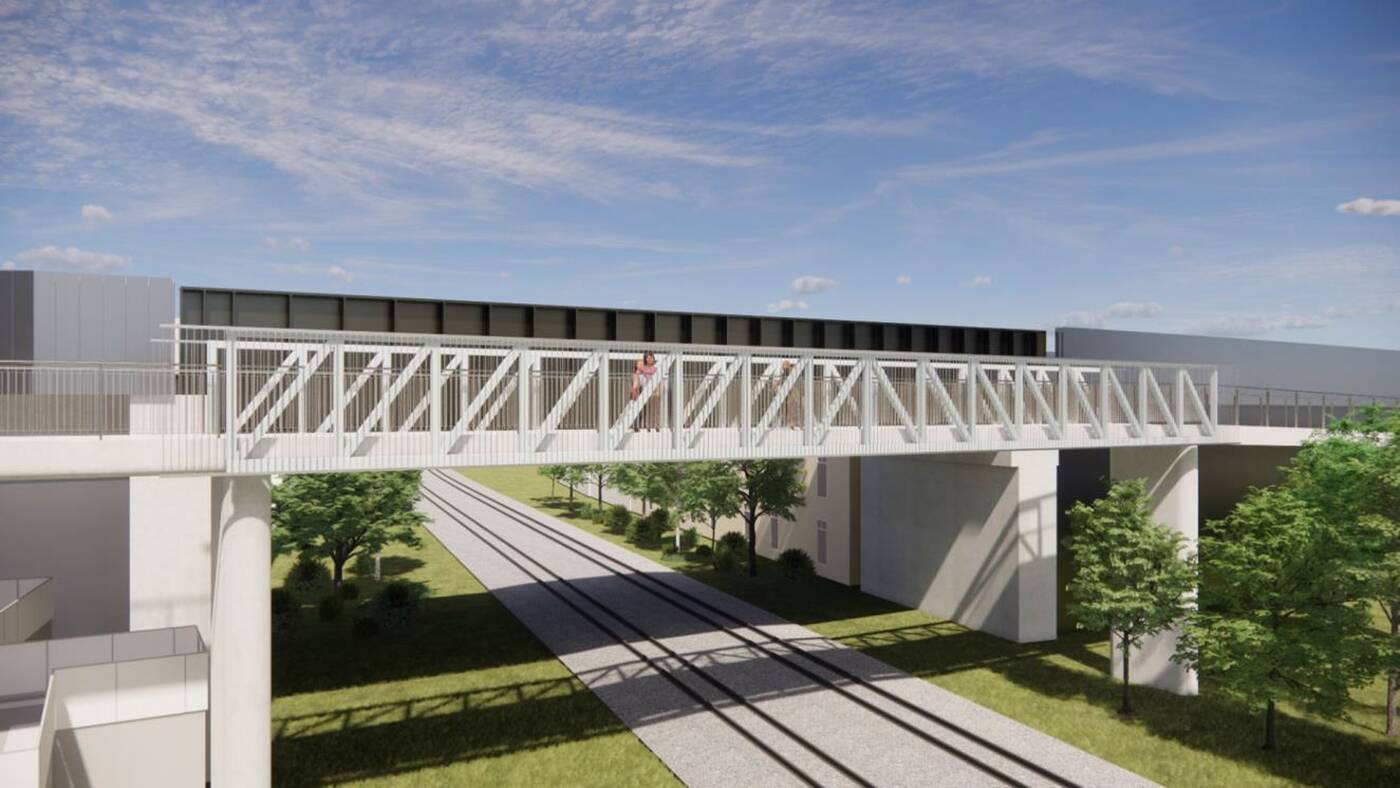 Sculptural underpasses below the guideway will provide outlets for pedestrians and cyclists to flow between neighbourhoods that have long been disconnected by tracks. 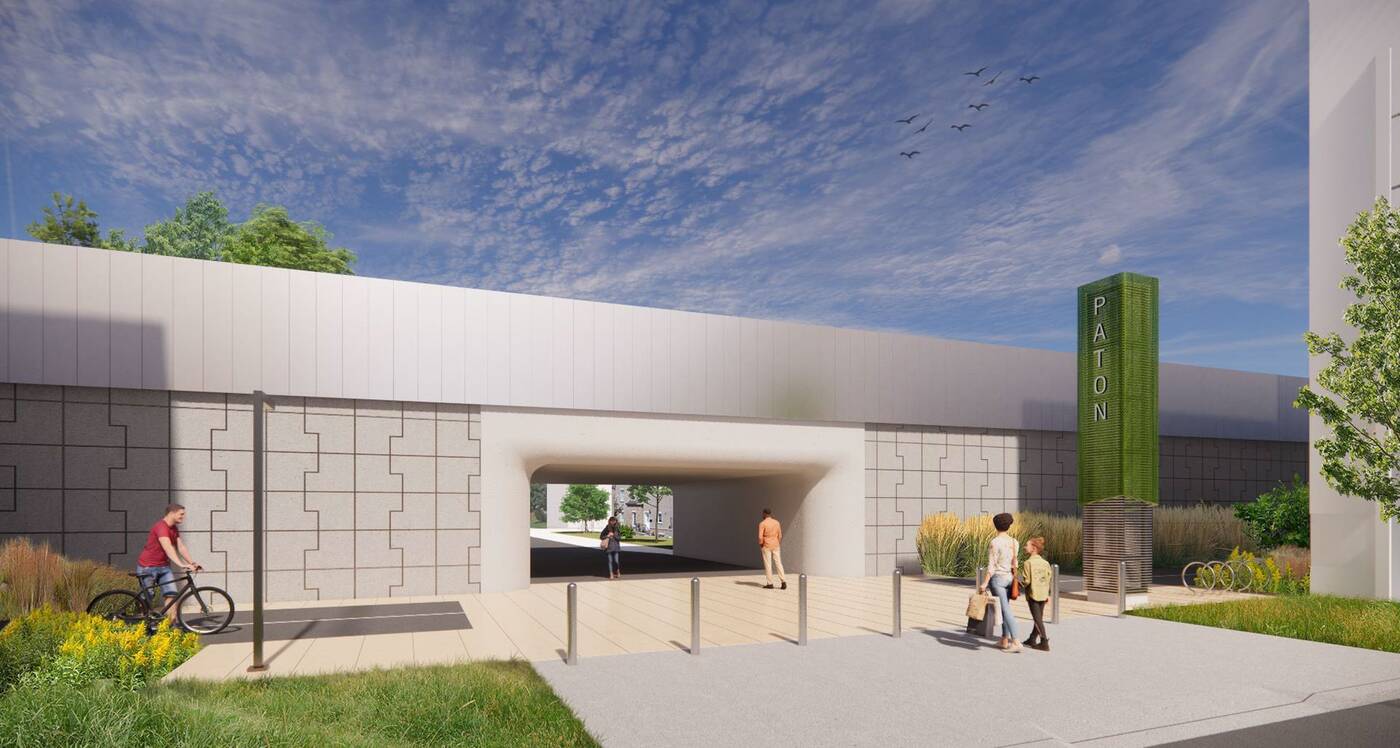 Some areas of the Greenway will be constructed at different elevations than surrounding streets, though pedestrian ramps and staircases will offer access. 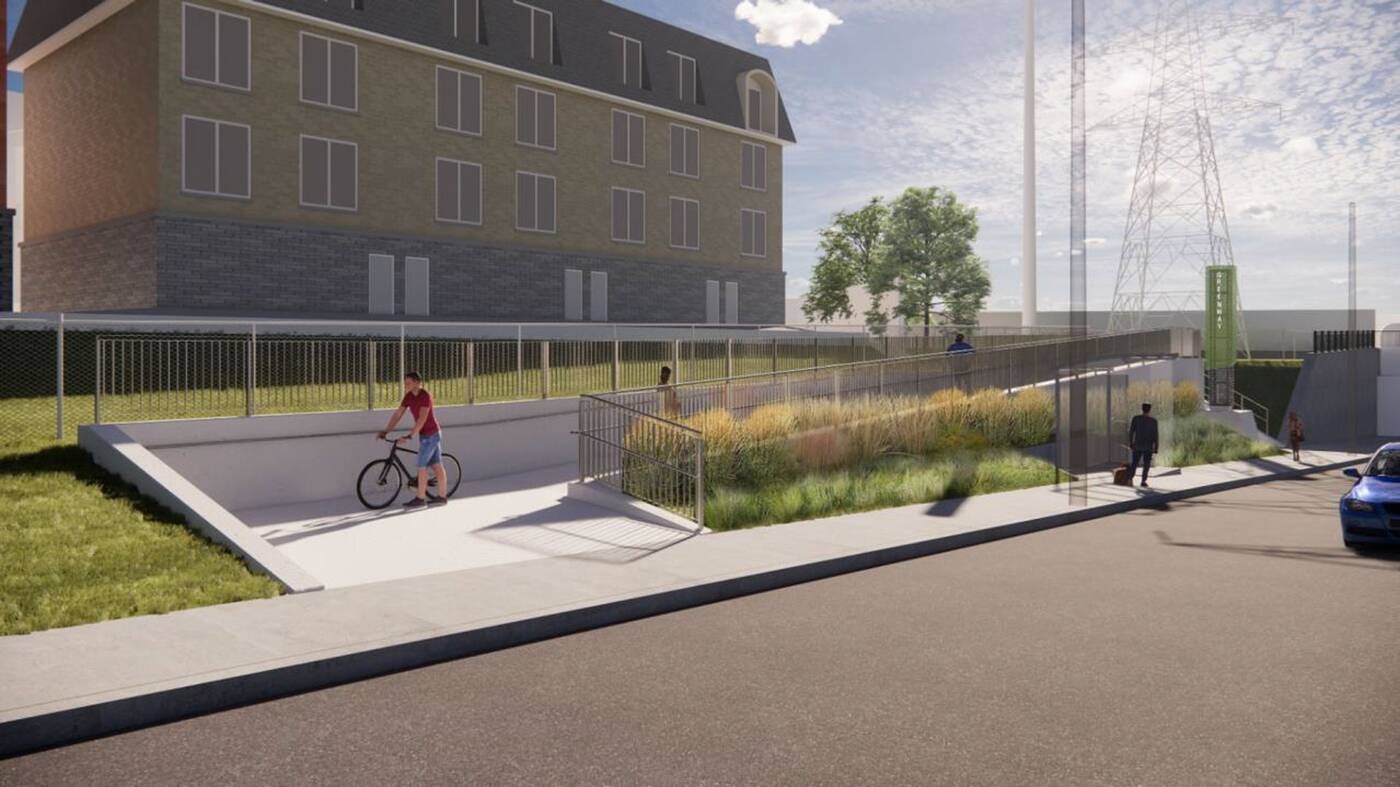 Project planners have made major steps in ironing out the landscaping plan for the Greenway, such as the specifics of its planting program, set to include pollinating gardens to support dwindling bee populations. 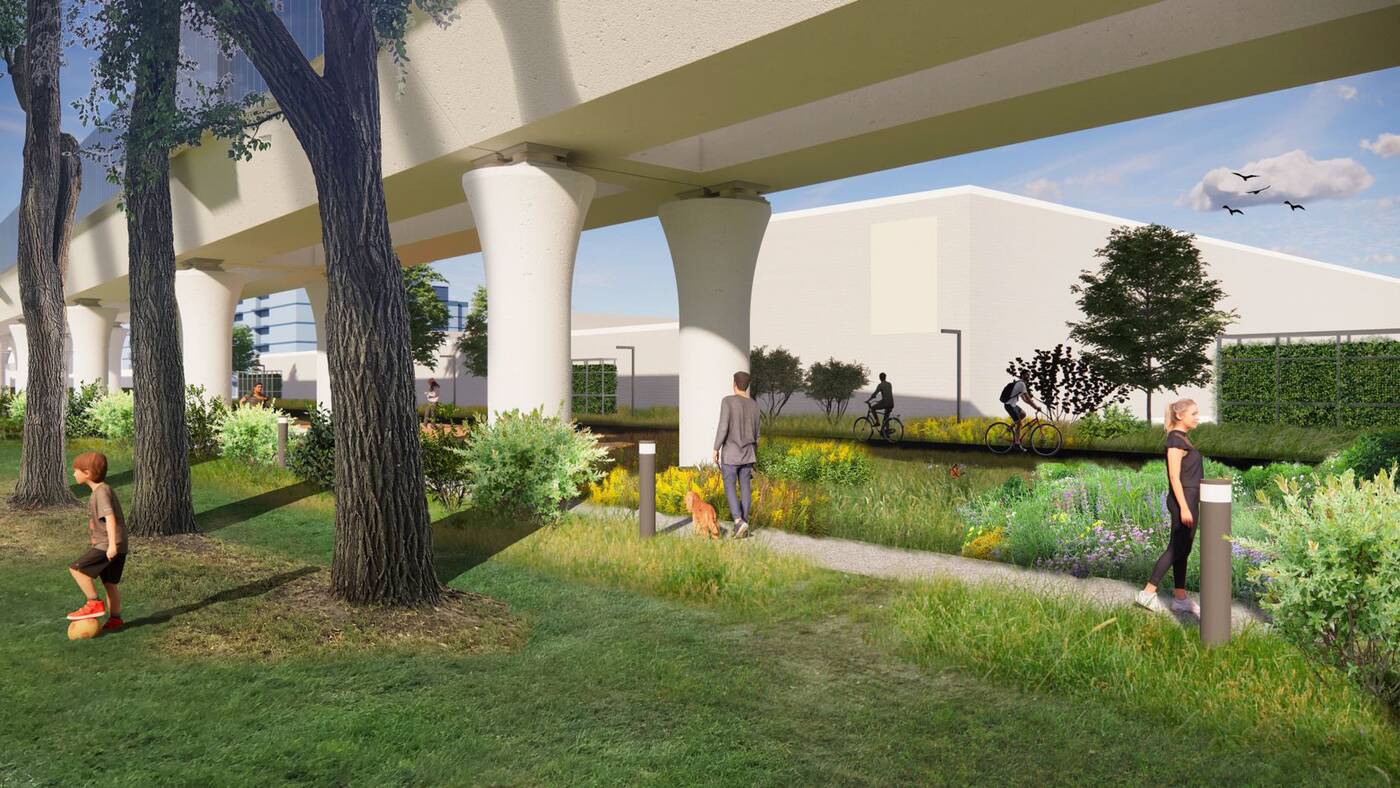 The new guideway should be operational in 2023, but the park might take a bit more time to come to fruition.