Welp, it's official: One of Toronto's only two ski and snowboard parks is closing down, leaving only one such winter recreation centre within city limits — but paving the way for an entirely new and improved public space to emerge.

The City of Toronto announced on Tuesday that it is "accelerating capital work" on its ambitious Centennial Park Master Plan, which seeks to transform the massive west-end park and its facilities over the next 20 years "to create and support diverse, inclusive sports and recreational programming and improve accessibility."

An updated version of the plan for Toronto's second-largest park was released last year, detailing the project's vision and objectives. However, questions still remained — chiefly the question of how long people would still be able to ski there.

City officials made it clear in a news release issued today that the answer is "never again." 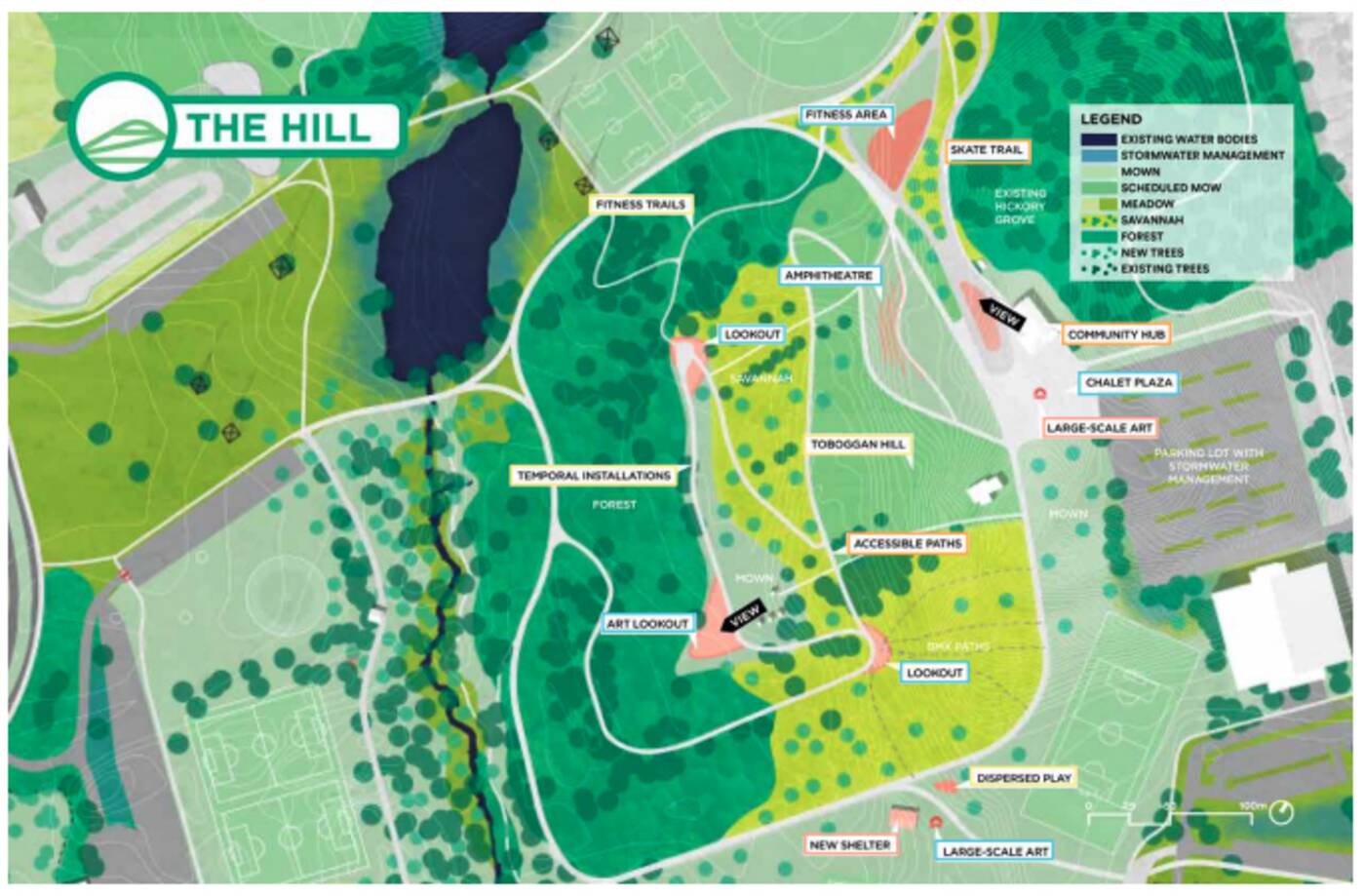 "As part of Centennial Park's evolution, ski and snowboard programs will no longer be available, and the ski hill will be reimagined," reads the release.

"The ski lift at Centennial did not operate in 2020, the hill was closed in 2021 in response to COVID-19 protections, and this year's modified season ended in early February due to mechanical issues with the ski lift."

The city is thus fast-tracking the part of its master plan that calls for new winter activities to be added to the park once ski and snowboard programs are scrapped, including a new skate trail, additions and improvements to the multi-use trail system, improvements to the chalet and a new, dedicated toboggan hill. 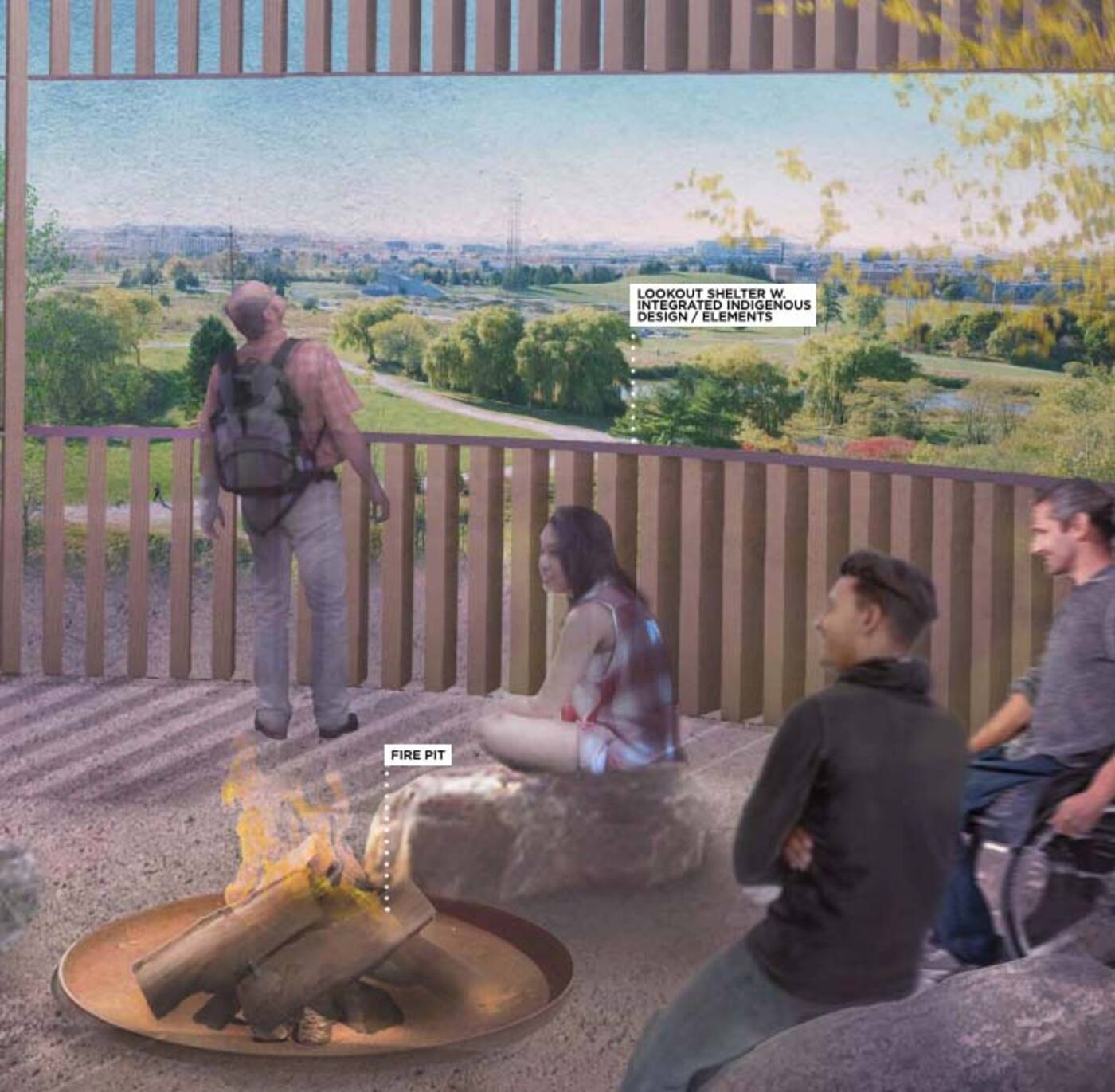 Old park features will be scrapped to make way for new uses of the space, like a lookout shelter with fire pits that will be most welcome on chilly days. Image via City of Toronto.

Staff will also hasten their work on removing or abandoning ski centre equipment, as well as getting rid of "obsolete infrastructure" such as lifts, snow machines and sheds at the hill's base.

"Plans to wind down the ski hill over the upcoming years creates opportunities for new programming that allow park visitors to further engage with the hill," reads a master plan published last fall.

"A network of trails can be established to structure and frame significant views. Strategically located across the hill, lookout points and temporal installations are envisioned to provide specially curated experiences for park visitors to encounter as they explore the hill." 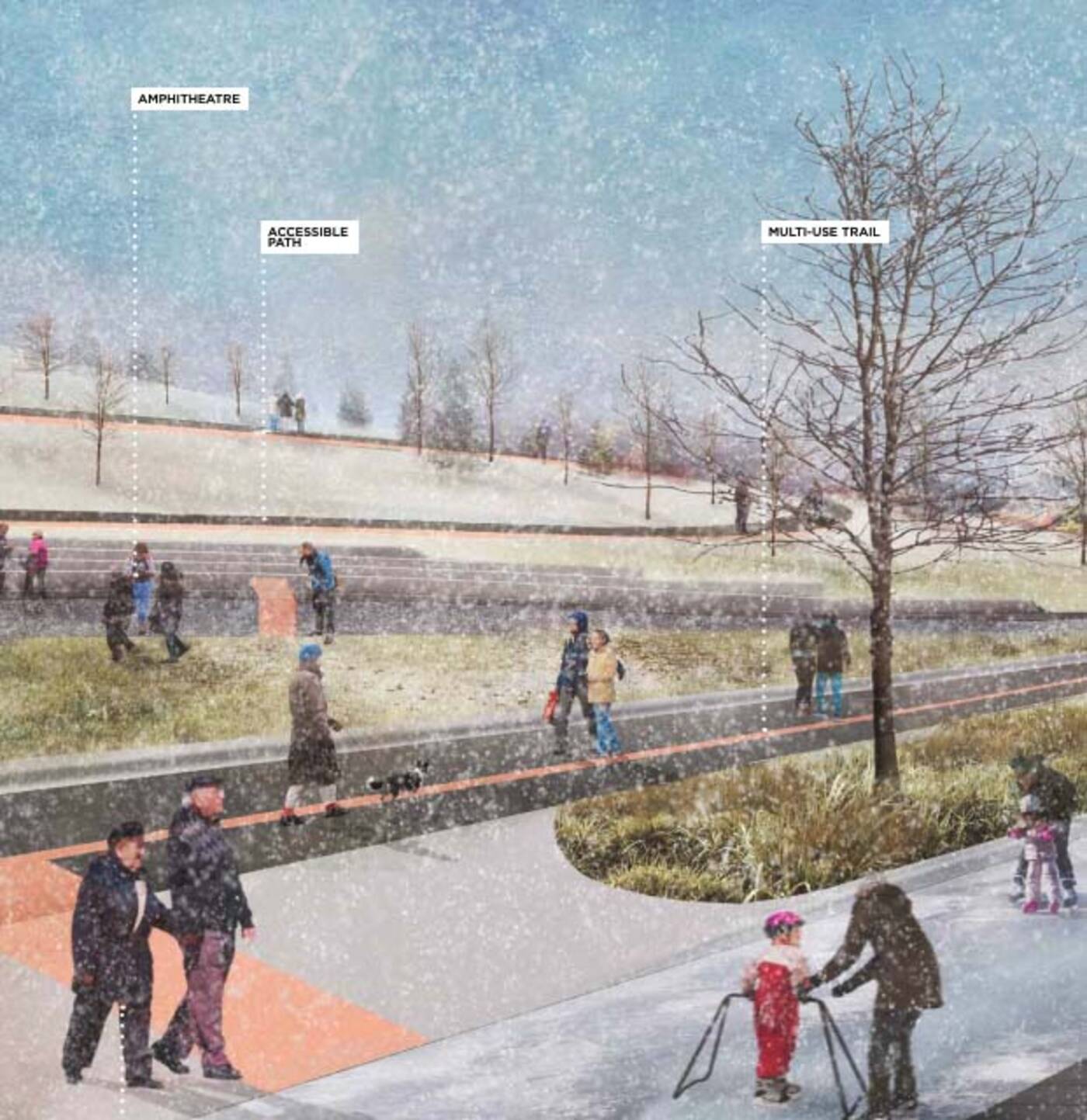 A new accessible path on the existing hill at Centennial Park will allow people of all ages to enjoy exercising on an incline. Image via City of Toronto.

While the goal is to eventually turn the entire Etobicoke park into a dynamic year-round hub, the launch of new winter activities at Centennial marks a big step forward for the project.

Among the new affordable programs and free events on offer this winter for people of all ages are:

Those who love skiing and snowboarding in the city (or rather, its northernmost reaches) will be happy to note that Earl Bales Ski and Snowboard Centre will open for the season as usual in January.

No word yet on what the city is planning to tackle next on their 20-year-long Centennial Park to-do list, but Phase 1, which began last fall, includes tree planting, improvements to pathways, a new playground, a new water play area and the engagement of public and Indigenous communities.

The park and its many existing amenities will remain open to the public (when possible) throughout the 20-year revamp, so don't go stressing about RibFest. 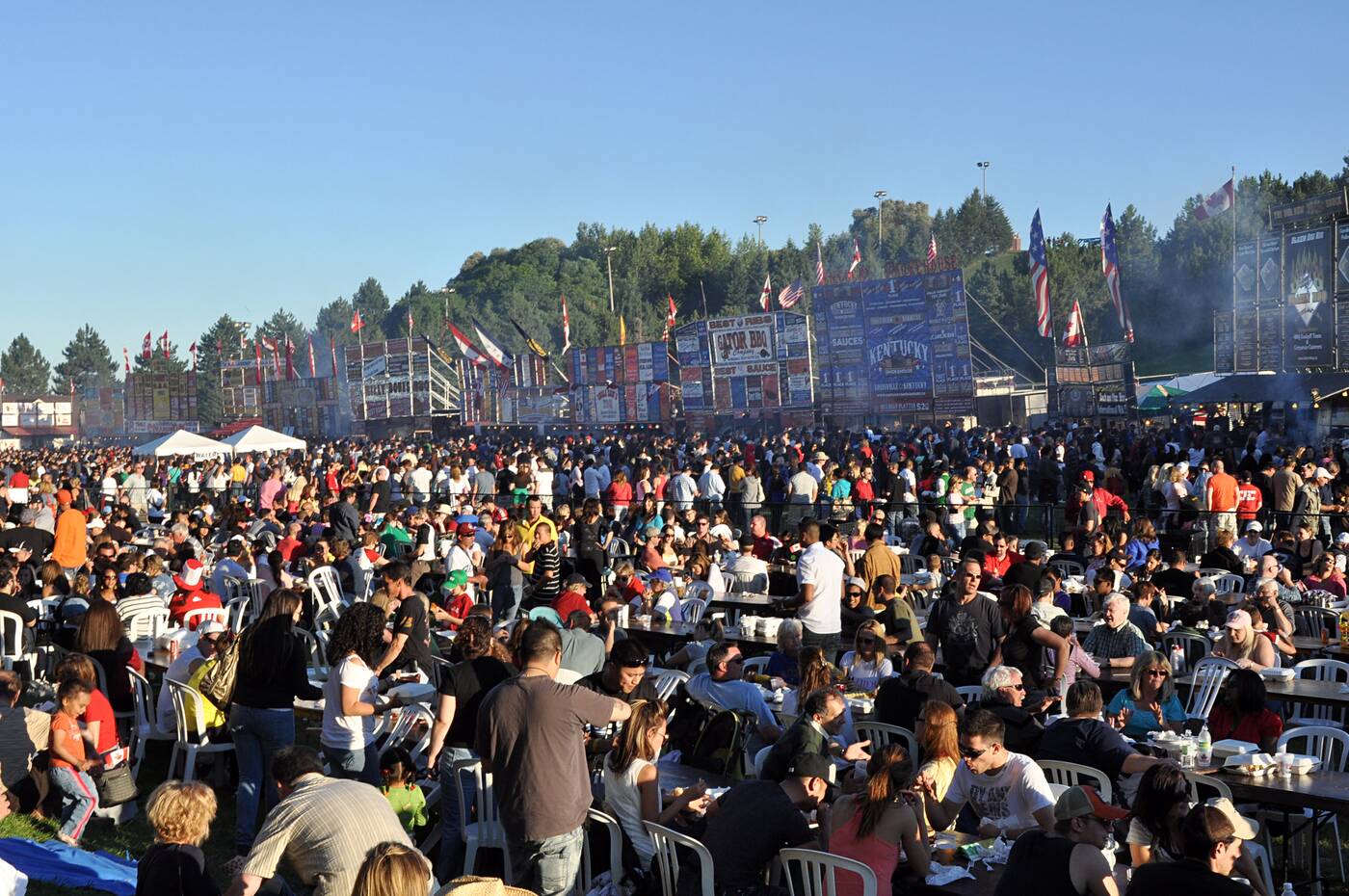 With an estimated 1.5 million visitors per year, Centennial Park remains pretty darned impressive (albeit a bit dated, being built in the 60s) regardless of all the exciting things planned for its future (pollinator gardens! cricket pitches! and Indigenous medicine garden!)

"Through the Centennial Park Master Plan, the park will be transformed into a year-round, inclusive and accessible space for residents and visitors for years to come," said Toronto Mayor John Tory on Tuesday.

"I am excited that staff have developed a plan for this coming winter season that will see new and fun activities and events in place for people to gather and enjoy the winter season."