Toronto has a very rich history of incorporation, suburbs and municipalities boundaries. And a mini stone pillar I recently discovered in Etobicoke is a fossil of those days.

Driving down Kipling Road in Etobicoke, racking my brain to source a cool story, I gazed out my window while stopped at a red light and laid my eyes on a strange pillar erected on a grassy boulevard.

A quick glance did not register in my attention starved brain but a second turn of the head left me with many questions.

Now before you send me angry emails, I am just a mere 25-year-old and haven't lived through the strange history of Toronto and its boroughs.

What in the world was I looking at? The pillar was unassuming, bland stoned colour but with a symbol that I knew I knew, but couldn't put my manicured thumb on it.

Another mysterious pole? How lucky for me.

I quickly drifted my car into the Sleep Country parking lot on Queensway and ran back to the pillar.

Snapping pictures with my iPhone mini, trying not to draw attention from the homeowners who were watching me, the symbol was familiar but still not registering. It looked almost ancient Celtic.

Did I completely miss that Toronto was invaded by some Germanic clan that left mini stanchions across Etobicoke? Maybe a gnome marker or norsemen headstone?

Was the city built on a graveyard of vikings who left a single marker on what is now known as Kipling Avenue?

A couple minutes later as I was crossing the street after snapping some pics of an enormous condo building I waited at a crosswalk.

I stopped to push the button on the crosswalk sign and bam, another Celtic symbol. 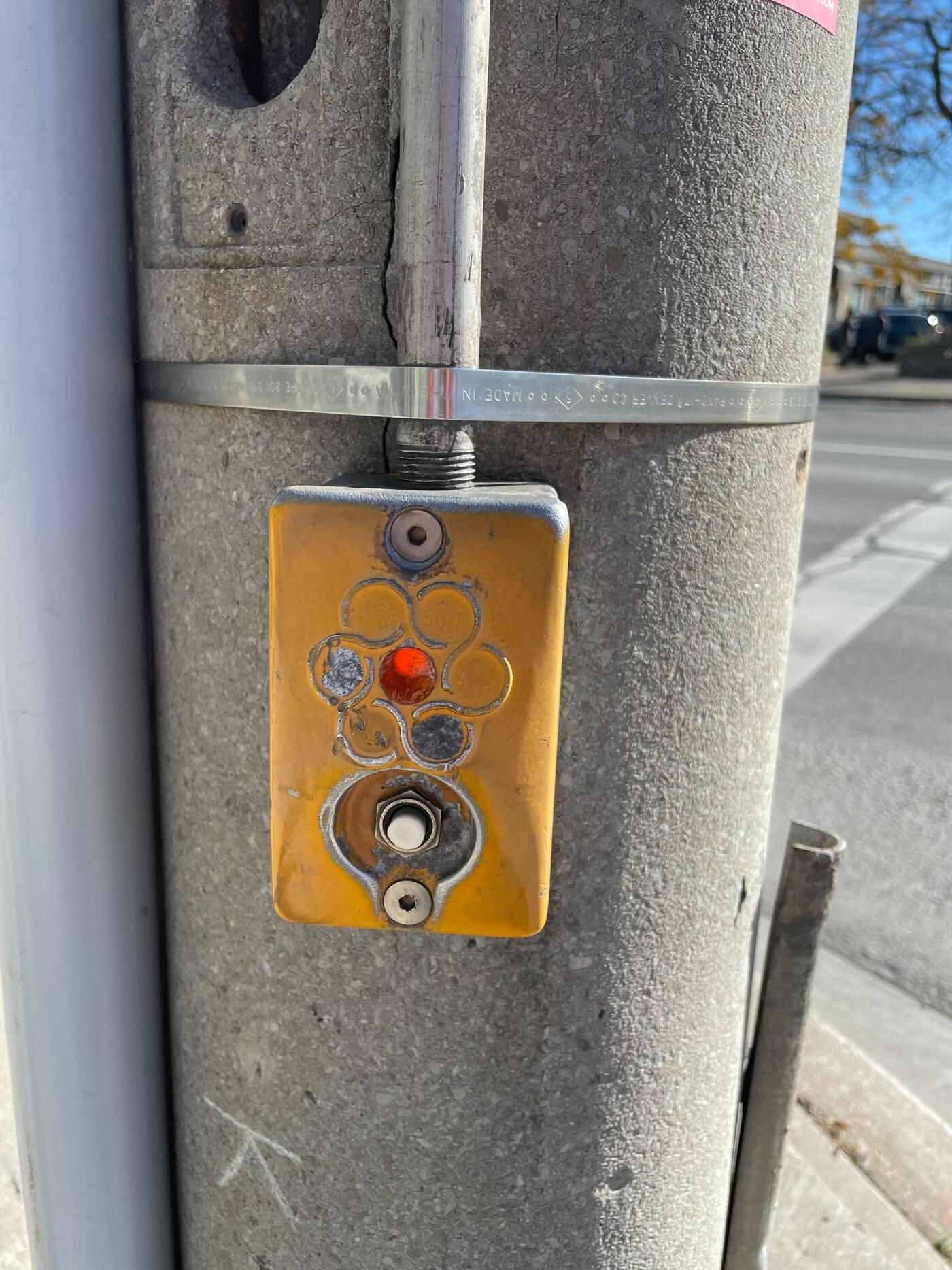 This time I knew what I was touching with my fingers.

It was the symbol of the former Municipality of Metropolitan Toronto, also known as Metro Toronto.

Please forgive me reader, as I was born in Etobicoke in 1996 (two years before the six boroughs amalgamated) and was quickly whisked away to live out my days Mississauga, so I am not extremely familar with Toronto symbols.

But a quick Google search confirmed my hunch.

The six rings on the symbol represent the independent areas that comprise of Metro; Scarborough, Etobicoke, Toronto, North York, York and East Yorks.

Exactly the same marking except this symbol was placed on a slightly different angle. So I cracked the first mystery, but what exactly is the pillar itself?

It's actually a bollard, a structure used to keep cars from entering the area.

If you're older than 25 than this might not be nearly as intersting (my apologies), but if you're a from Gen Z then - you're welcome!