Back in 2014 the Garden of the Greek Gods, a collection of 20 immaculate limestone sculptures by renowned Canadian sculptor E.B. Cox (1914-2003), had become trapped behind enemy lines at the noxious Muzik nightclub and were no longer accessible to the public.

After being pawns in a protracted and often nasty battle that involved the club (now inactive), the board of governors of Exhibition Place and the city of Toronto, I am happy to report that the Garden of the Greek Gods have been relocated to a new location. 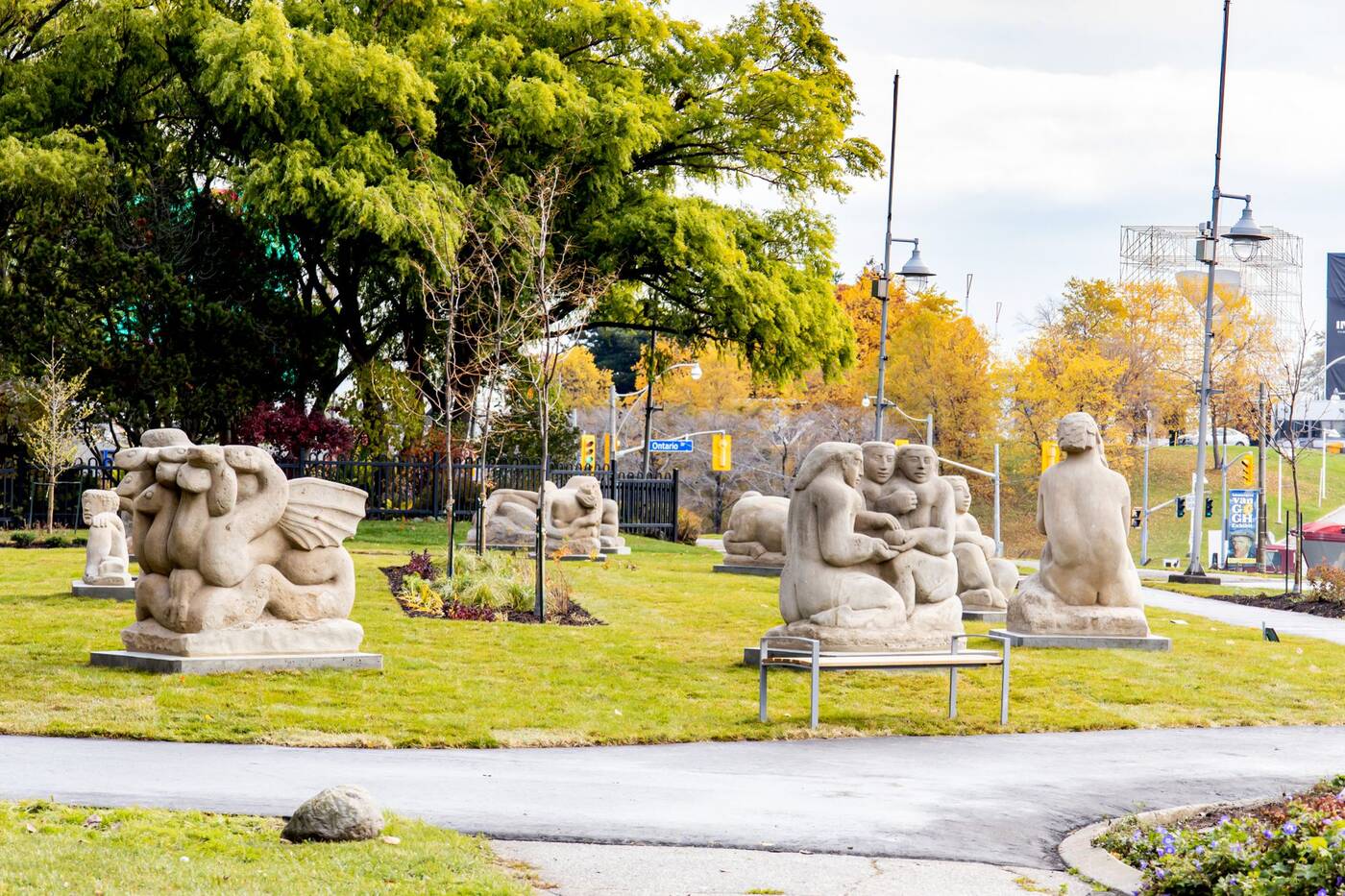 They are once again on display to the public in a beautiful setting just east of the Rose Garden, south of Bandshell Park. 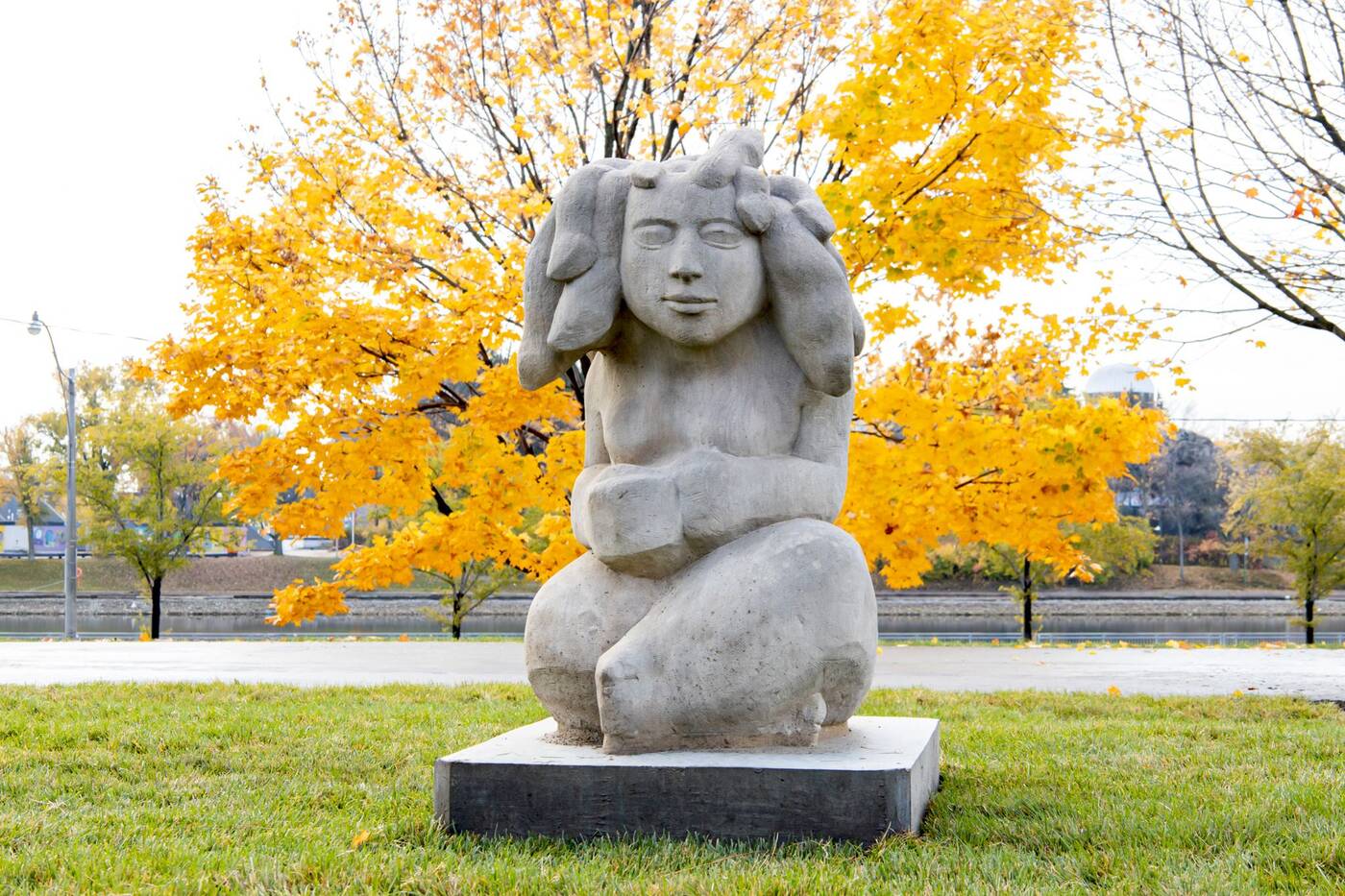 First created in the 1960s the sculptures depict figures from Greek mythology, including Aphrodite, Medusa, The Phoenix, Orpheus, and the mighty Hercules. 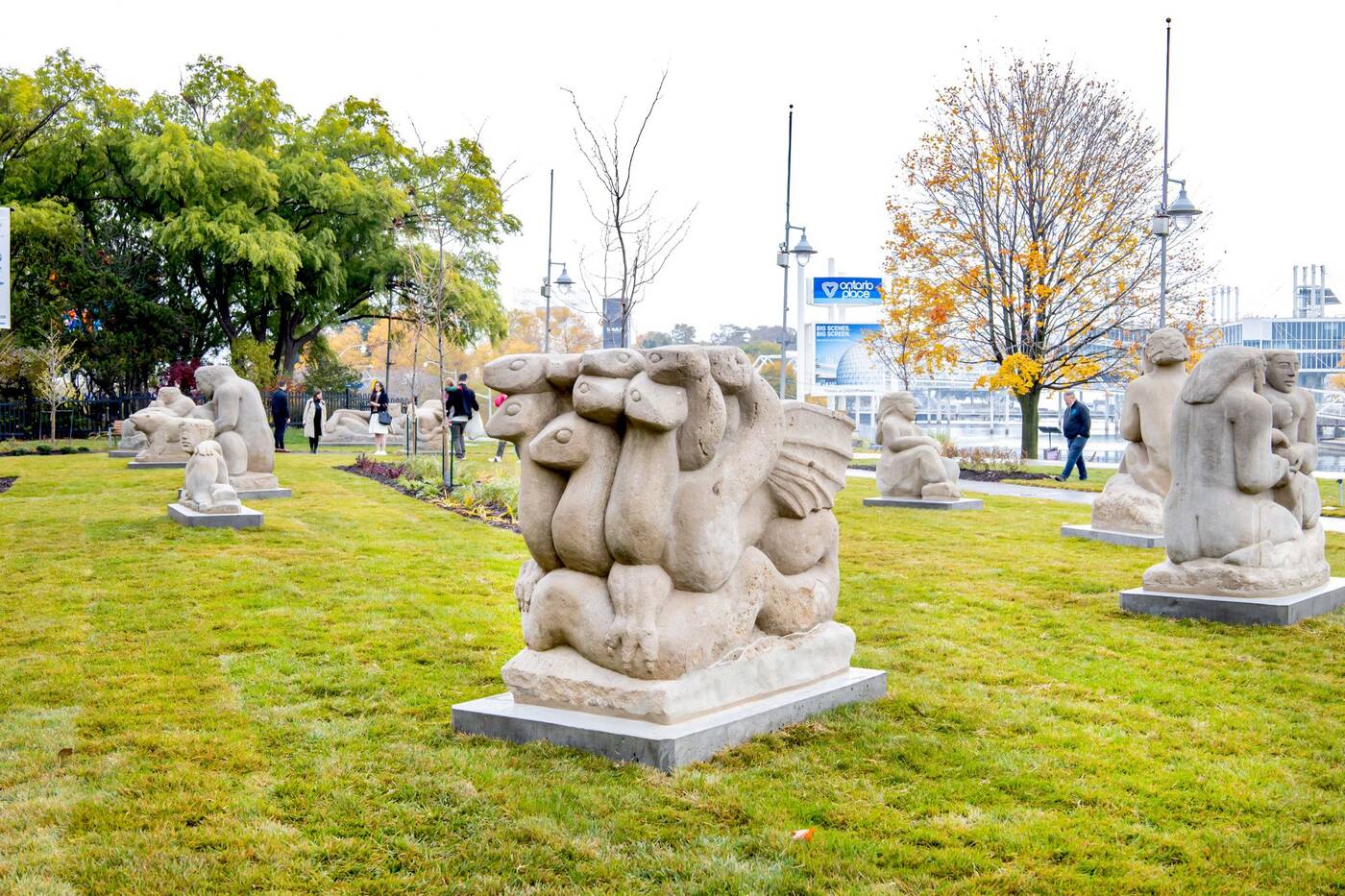 Cox's daughter Kathy Sutton, who led the charge to restore their freedom and advocate a more due respect and prominence towards public art, stated:

“I am delighted that my father’s Garden of the Greek Gods has been returned to the public realm, in a beautiful new setting. This area of Exhibition Place is where he first envisioned the sculpture garden, back in 1979. The sculptures’ new home is perfectly suited to a family outing, perhaps with a picnic, where children can climb, play, and even learn a bit about art or Greek mythology.”

Sutton's tireless David versus Goliath battle re-energized an ongoing debate about the place of public art, as well the rights of artists whose works had been donated to the city of Toronto. 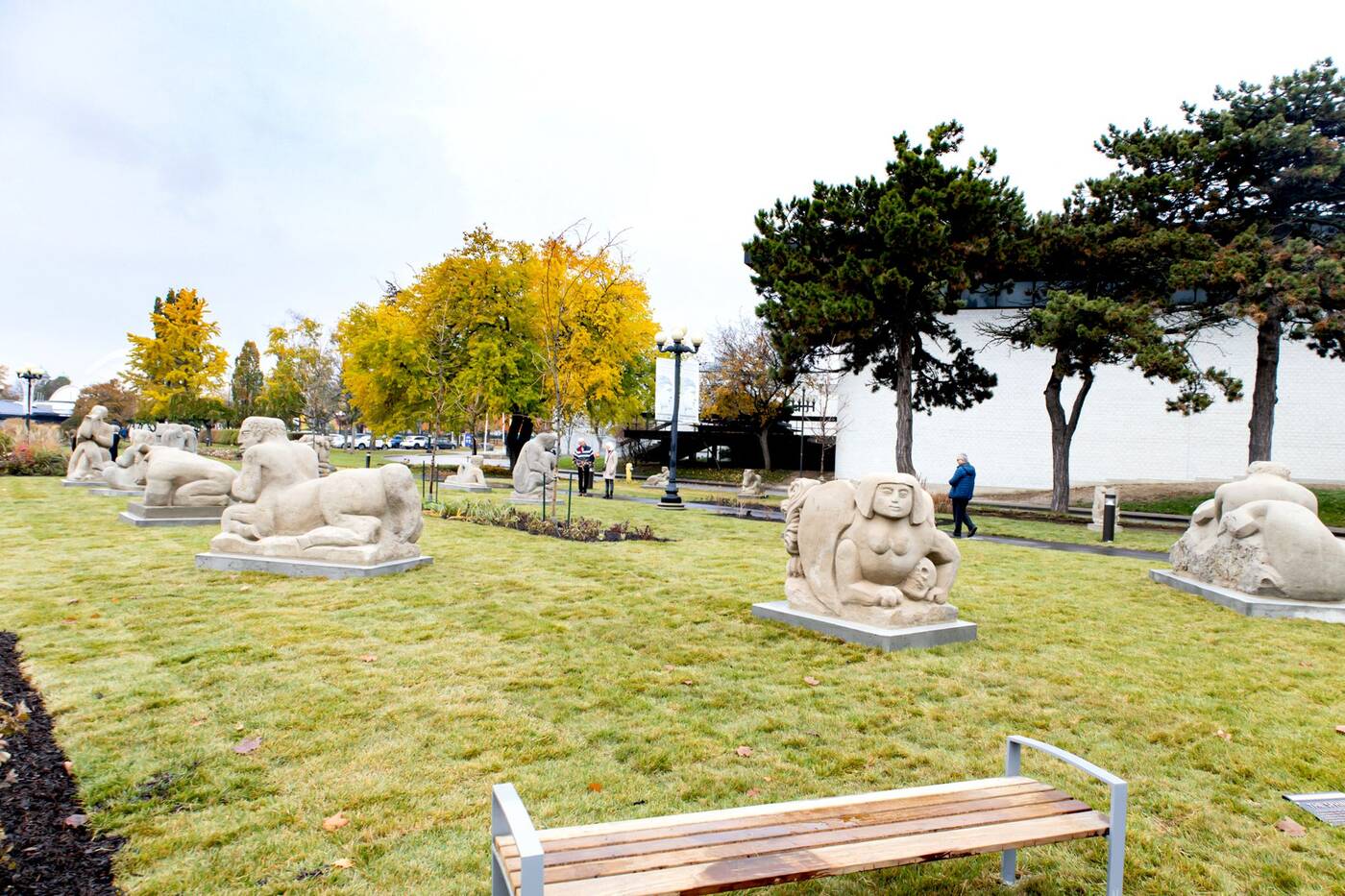 The fact that the Gods have returned is a testament to Sutton's stamina in dealing with mountains of red-tape and a depressing apathy towards public art.

Writing in the Toronto Star, "City Columnist" Edward Keenan took the opportunity to bemoan the new location of the Garden of the Greek Gods, stating: "it’s a shame this location isn't a place Torontonians have occasion to happen upon more often."

The real shame is that in promoting this huge win, Keenan didn't seem to understand it took almost a decade to rescue the statues from a location that where they were visible only to people visiting a grotty nightclub. 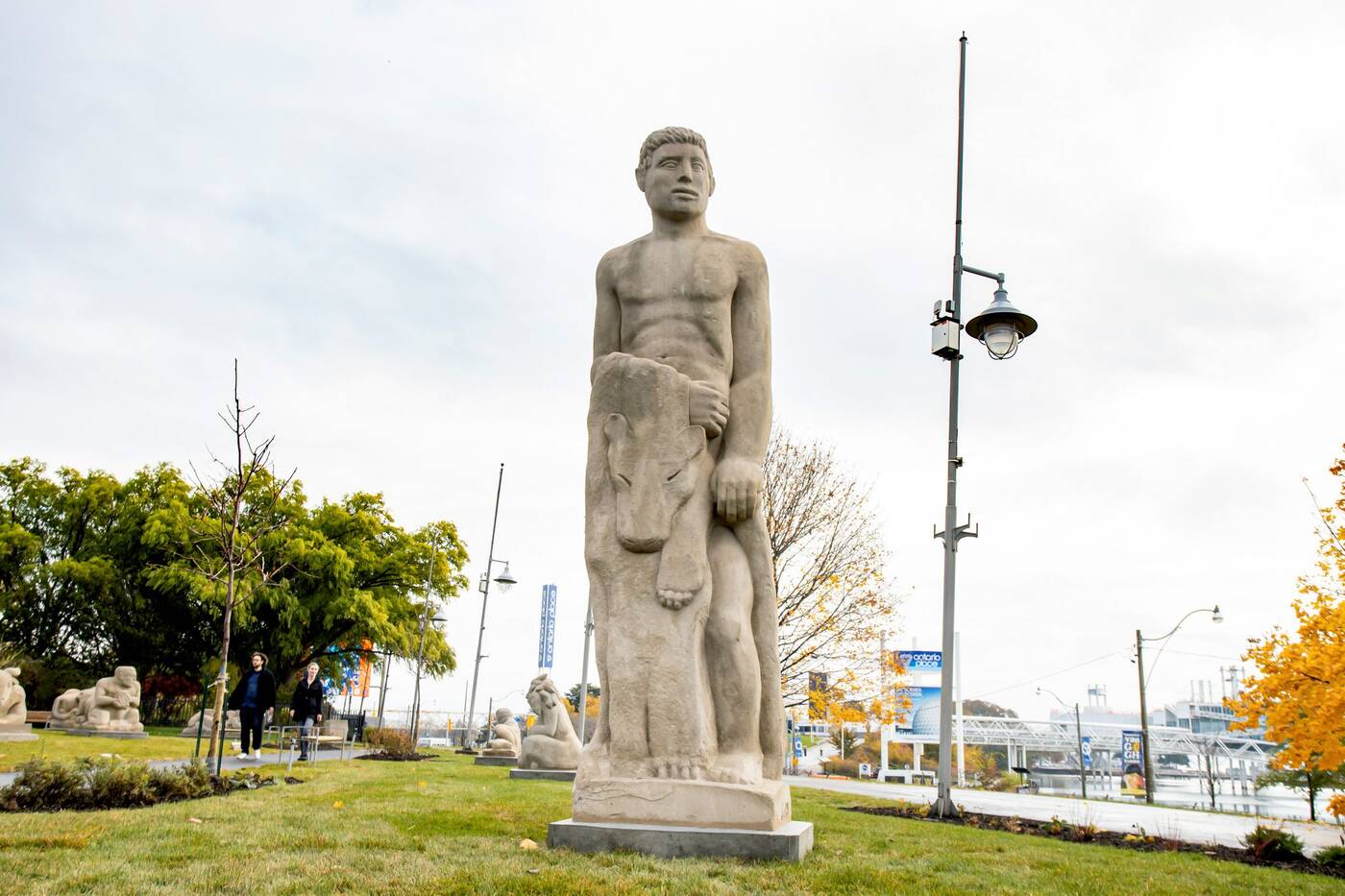 Regardless, the Gods now occupy a very public space in which they will be adored by visitors of all ages, especially young children, whom E.B Cox always encouraged to climb on his work.

The Garden of the Greek Gods now feature a more 2020s fitting interactive online platform titled Digital Amphitheatre, where the sculptures might serve as inspiration for storytelling and reflection. 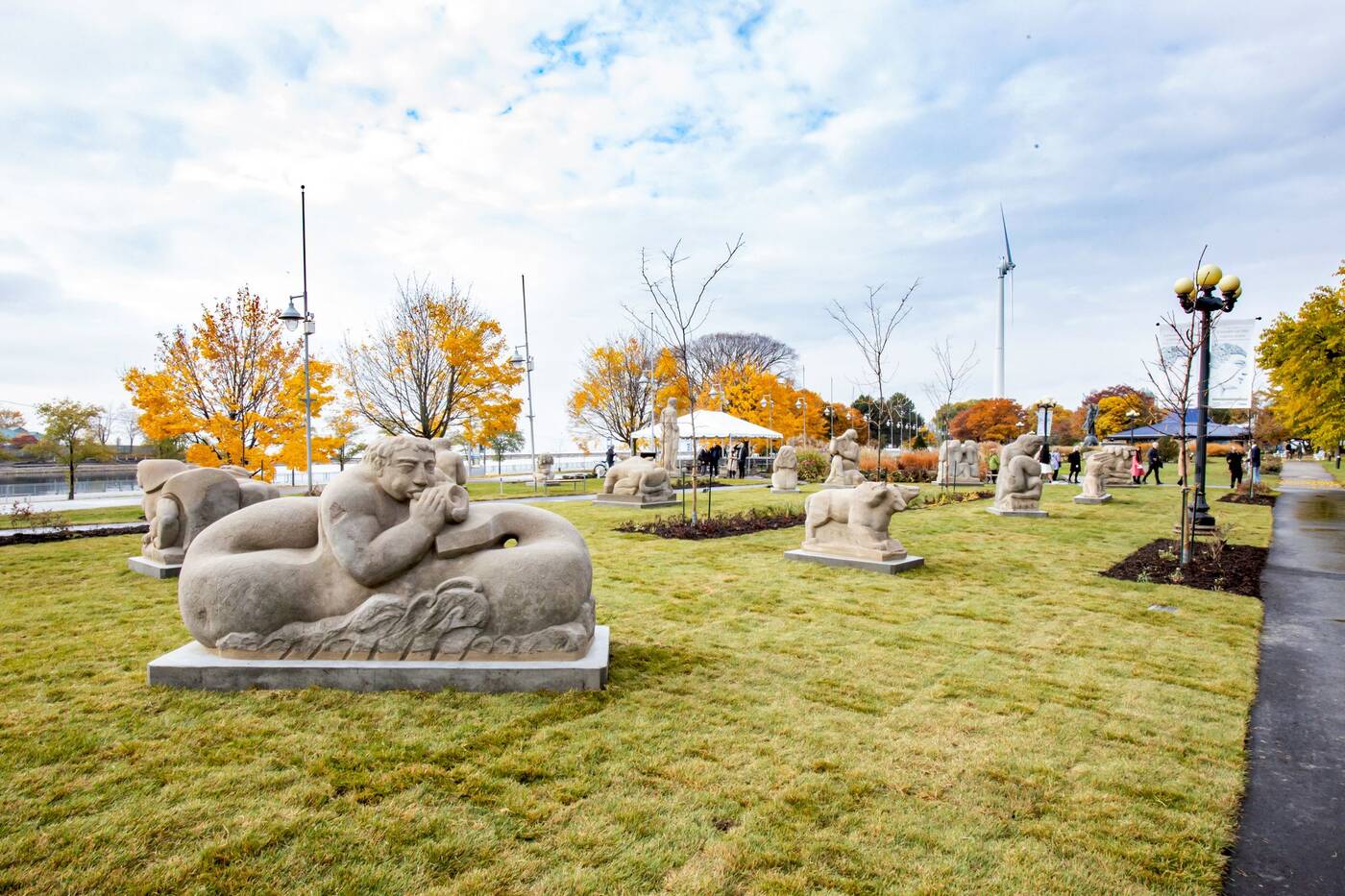 HeARTLab, partnered with CAMH and Exhibition Place, has created a platform which invites visitors to share stories, memories, and media through digitalamphitheatre.com.

As users enter the site, "they are inspired by an AR image of Odysseus' boat for modern times, to take a personal and community voyage through storytelling." (Complimentary on-site Wi-Fi is available, or users can post multimedia later) 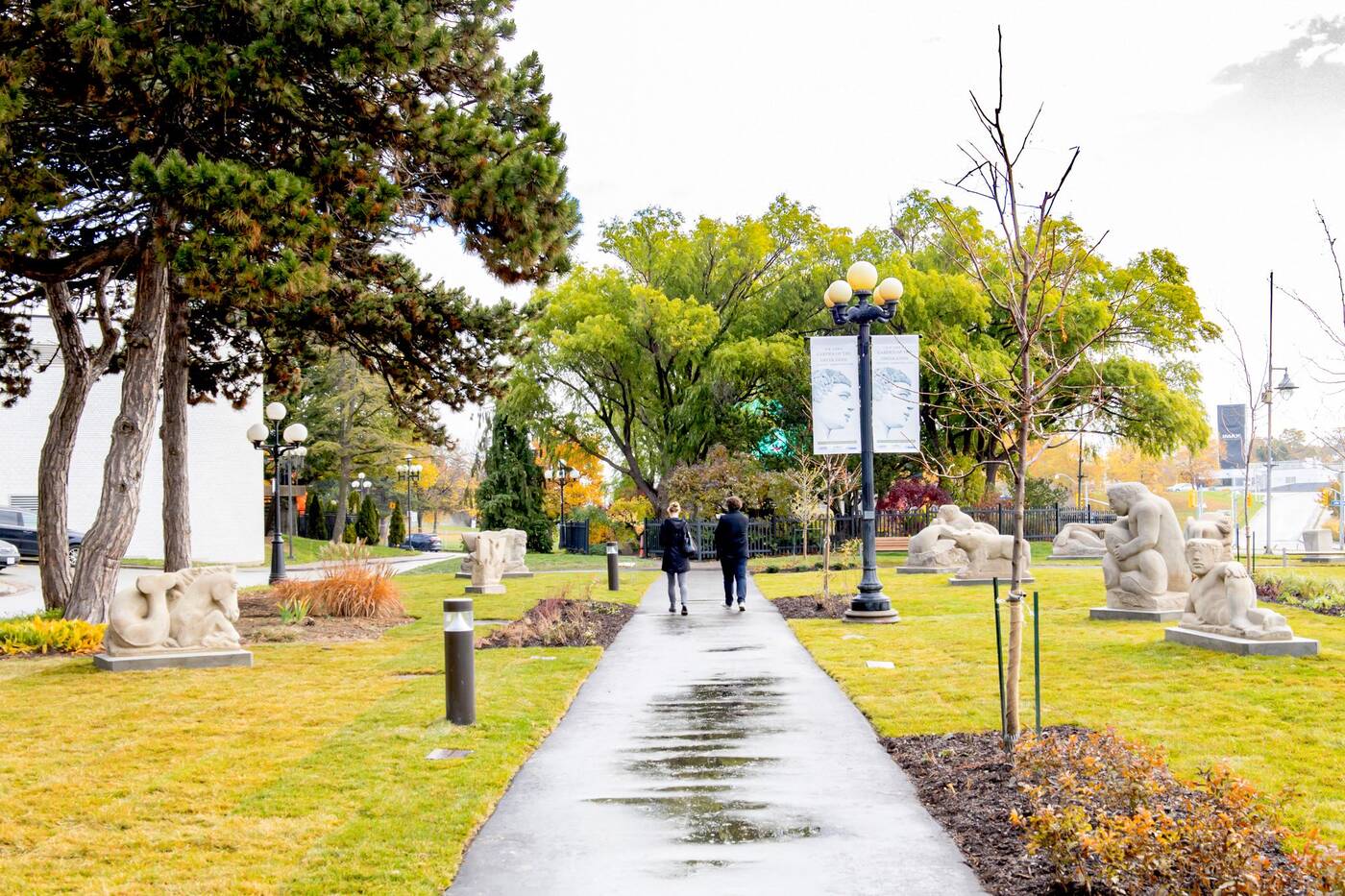 The Garden of the Greek Gods is now open to the public.