While Toronto hasn't had a motorist end up dramatically trapped in a streetcar tunnel lately, one driver is definitely kicking themselves this morning after they ended up very much wedged on a part of College Street that is currently closed for streetcar track replacement, damaging their car pretty badly in the process.

Clearly, people navigating the city have had some serious issues with the Queen's Quay and Union Station streetcar tunnels in the past, but so far, the work taking place on College, while it is an inconvenience, has not appeared to cause many serious snafus.

That was until Thursday morning, when passersby started noticing a silver convertible parked in the middle of the construction zone between Augusta and Spadina Avenues, its bumper ripped right off and trapped beneath one of its front wheels.

Of course, images of the vehicle, now abandoned in the lane, are surfacing on social media, including in the Toronto subreddit and local community Facebook groups.

"Woops..." one person simply captioned a picture of the car, seen lodged in front of a large pile of steel tracks. 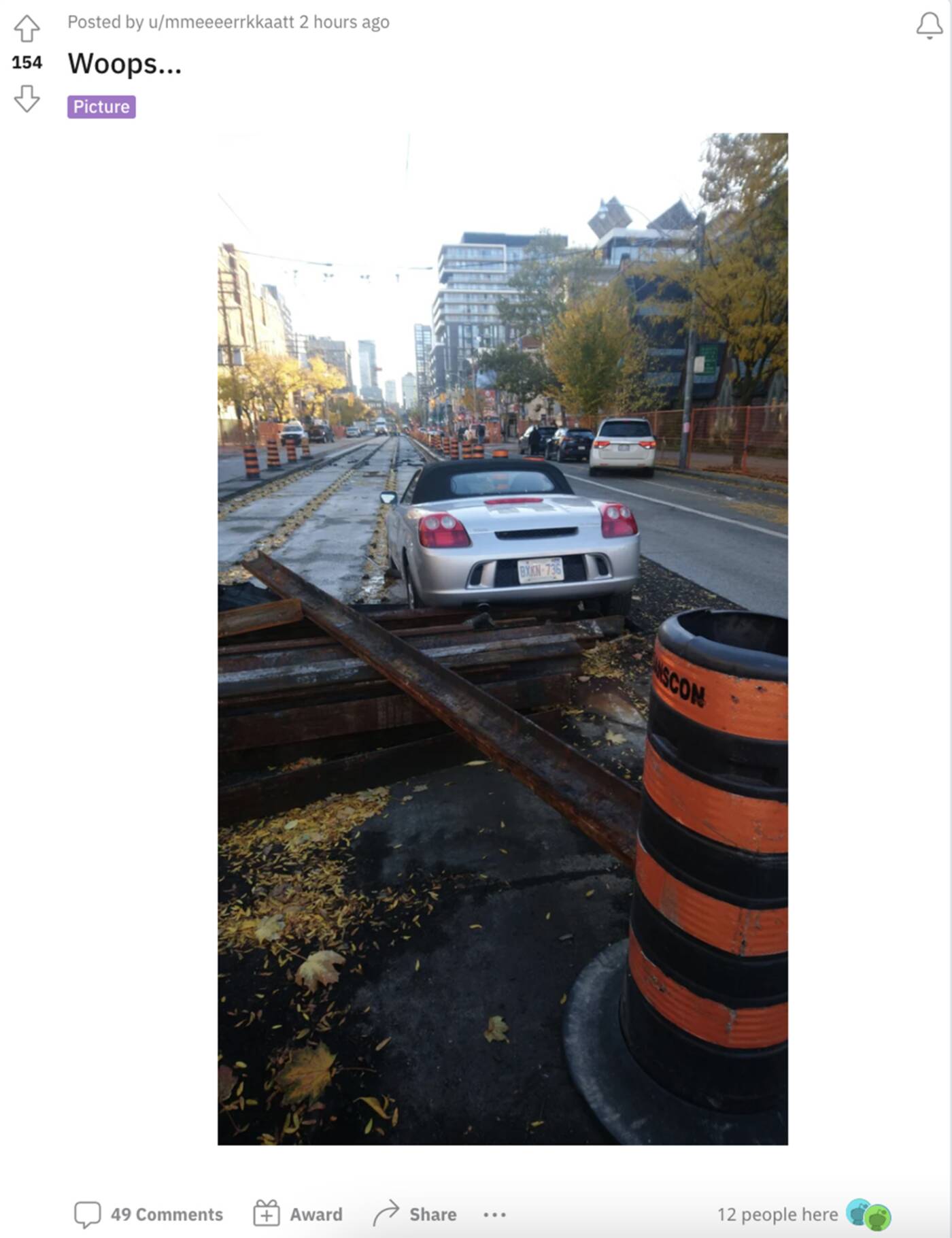 Snapshots of the stuck car are making their rounds on social media this morning. From r/toronto.

Of course, tons of jokes have ensued, with comments like "That construction site came out of nowhere, officer," "The parking methodology here was 'if I fits, I sits'" and "Uhhh... I've gotta hang up now... I'll call you back..."

Many are also referencing the aforementioned Queen's Quay tunnel, which people still managed to drive into time and time again despite flashing lights, signs and more.

"How does this even happen?" is the main question, as pylons, construction fencing and materials can be seen around the site.

But, the roadwork has been making its way slowly down the thoroughfare, confusing drivers along the way as the condition of the lanes change — and even fully close in some parts — day-to-day.

Also, based on social comments, this isn't the first time this has happened to someone amid the upgrades on College, though photo evidence may not be readily available. 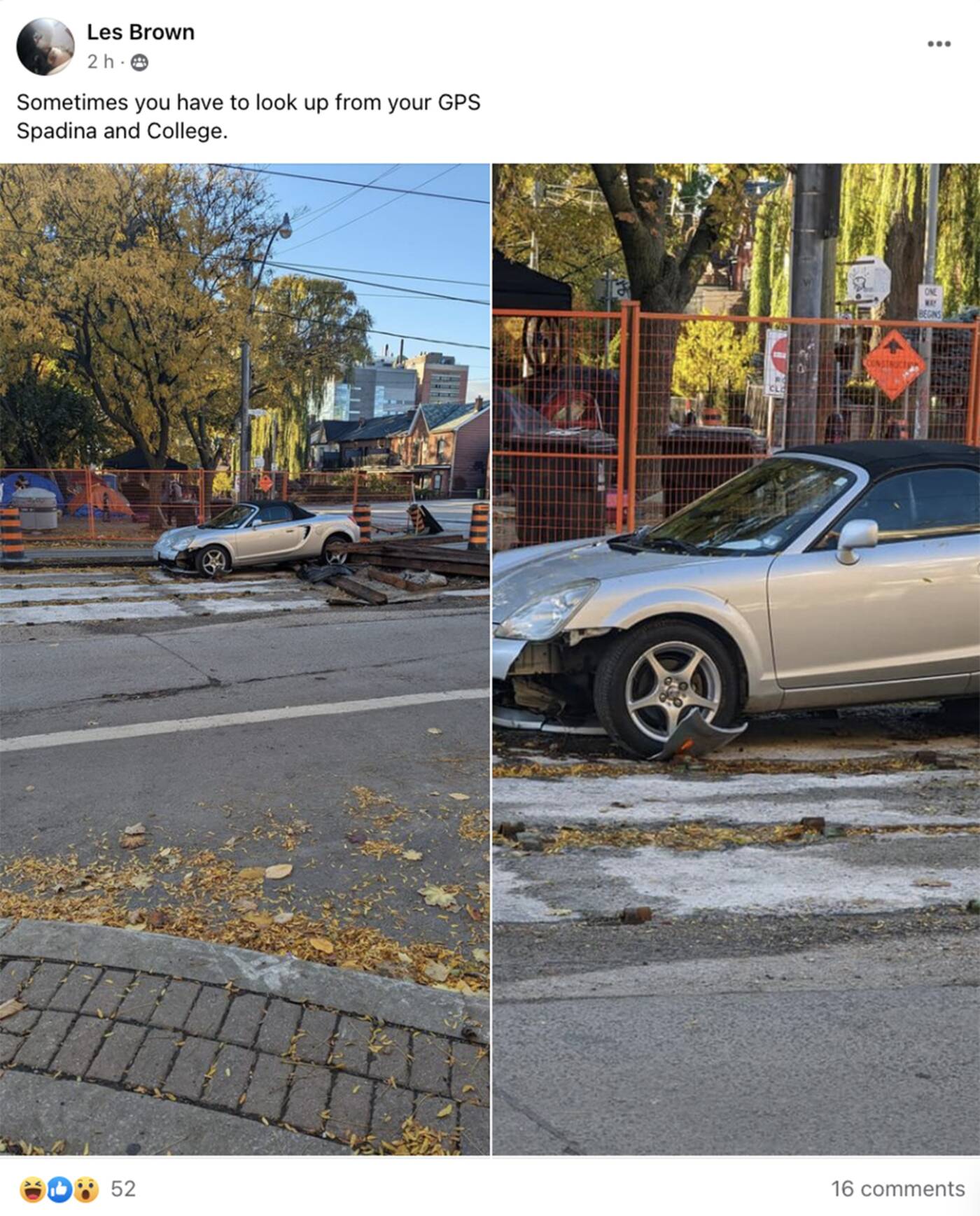 Pics of the car are also popping up in Facebook groups, where they've been the butt of jokes. From Weird Toronto.

As of 11:30 a.m., the vehicle — which many seem to think is a rare MR2 Spyder — is still there, with a note on the dashboard from the driver explaining that the incident happened around 2 a.m. and that they didn't see the pylons.

Best of luck to whoever is tasked with removing (and paying to fix) it.